Just now on the streets of Chinatown in Kuala Lumpur, Malaysia I saw a son and his mother.
At first I saw the mother walking at a shopwall, holding herself to it so she wouldn’t fall. She was wearing flipflops where the part what would’ve been under her toes were worn and she was therefor half barefoot on the street. She had a cloth hanging over her head and was facing the ground, maybe because of shame or was it because her back was grown curved?
Not long after I saw her, I saw a man walking at her. It was a tall men, he was wearing a black pair of trousers, once they were real good but now the whole side of the trousers were torn and you could see his leg.

He gave his mom a hand and they walked on together. And I walked on. I went into a mall and was there for almost 15 minutes. When I got out again I saw them standing almost at the same point in the street.
I saw the man waving to taxis everytime one would pass. I saw that he raised his hand but didn’t really believed it anymore because he wasn’t even looking anymore if the taxi would stop. I thought by myself, this isn’t true! This is not happening. They looked like people that hadn’t much money to spare but come on, when they need a taxi you could stop and do your job??

So I stopped and looked at them from a distance. One taxi after another passed and didn’t stop. One even offered me to take me where ever I wanted but when I pointed out that the man and the woman he just entered needed a taxi he just drove away. How weird is that???

But then an older taxidriver stopped. The man opened the door for his mother and got in on the otherside. The older taxidriver’s car stopped and he could hardly get it running again. But then it started and they were driving.
I was so glad that there are people who do stop for these people! This was a good man!! I felt releaved by seeing them go. I went on looking for a restaurant.
When I walked on, I was so surprised to see that the two I just saw getting in the taxi was getting out again. The man was allready out and he was helping his mother again. I saw on his face that he was a bit angry.. He was making handgestures that I couldn’t explain and then they were walking again in the direction they just came from.

Maybe the other taxidrivers did know the couple?
Maybe they didn’t had any money but wanted a free ride?
Still…..it is a sad picture, seeing the man with his mom walking like that on the street. 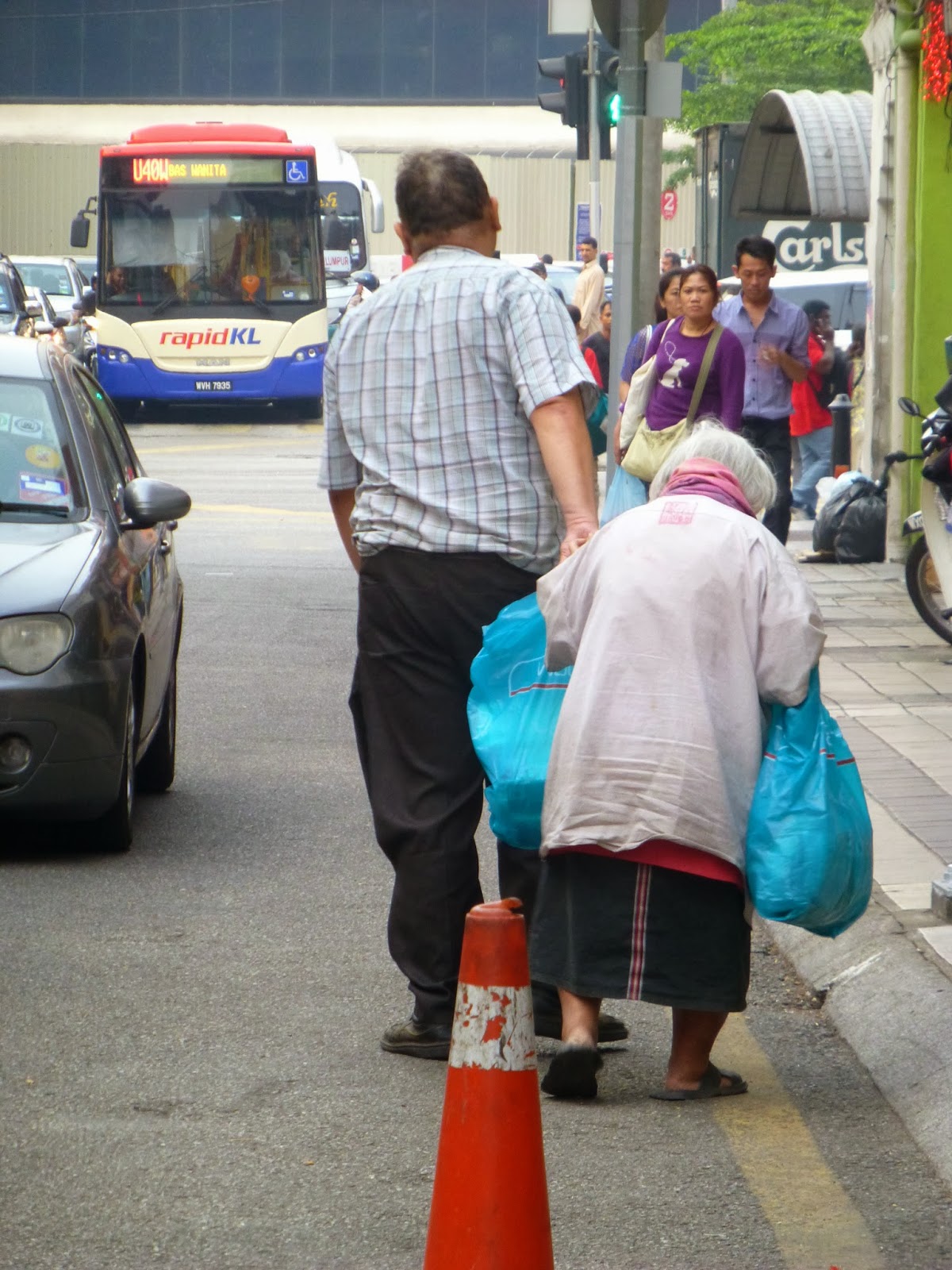