When you are in Iceland you will definitely visit Thingvellir Nature Park. It is a wonderful and worldfamous nature park where the tectonic plates of America and Eurasia are slowly drifting apart.  Where you can see lava fields, waterfalls and streams in an area of 6K by 40K, so about 9270 ha.
Tectonic plates of Eurasia and America
Walking in the canyon to the Waterfall Oxara
Just the Way I Like it! 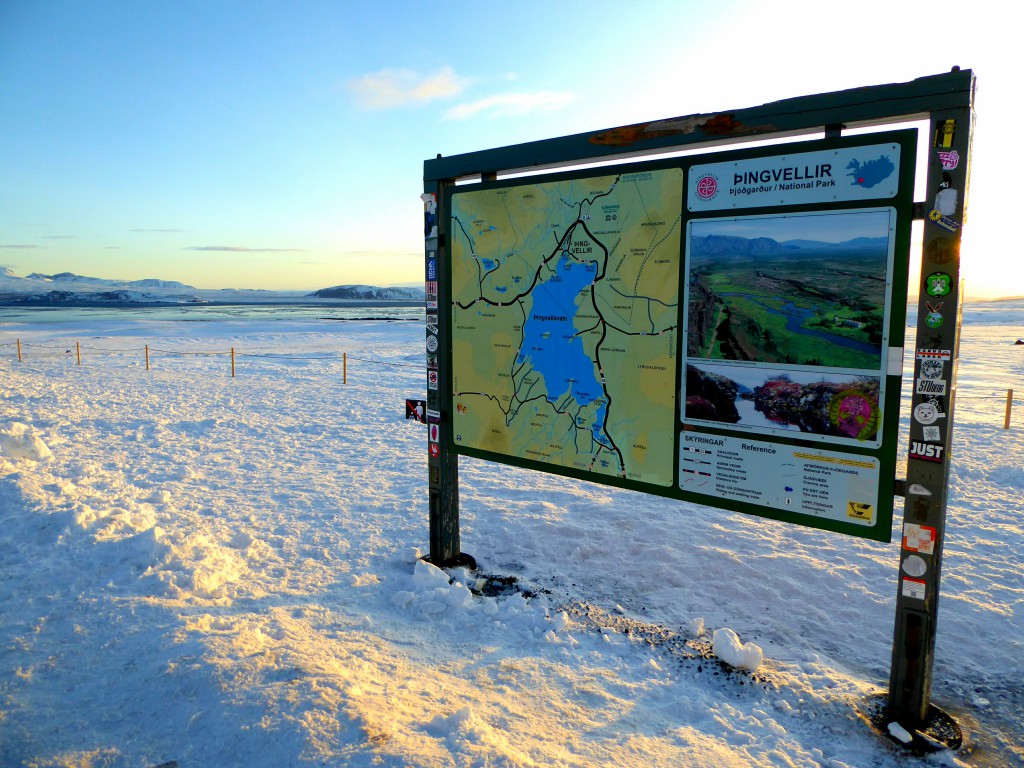 Tectonic plates of Eurasia and America

The first path you take, from parkinglot 1, will take you along a high wall with some great viewingpoints on the other side over the low part of the park. You can take some walks into that part. I started to walk immediatly and enjoyed the view a lot! After this first part I needed to get some info about how to go to the waterfall. I saw the sign but didn’t want to walk that far and back and still having a day to go. The lady from the infocentre told me to go to parkinglot 2, it was not far from there to go to the waterfall. And from P2 you can easily go on to the Golden Circle. 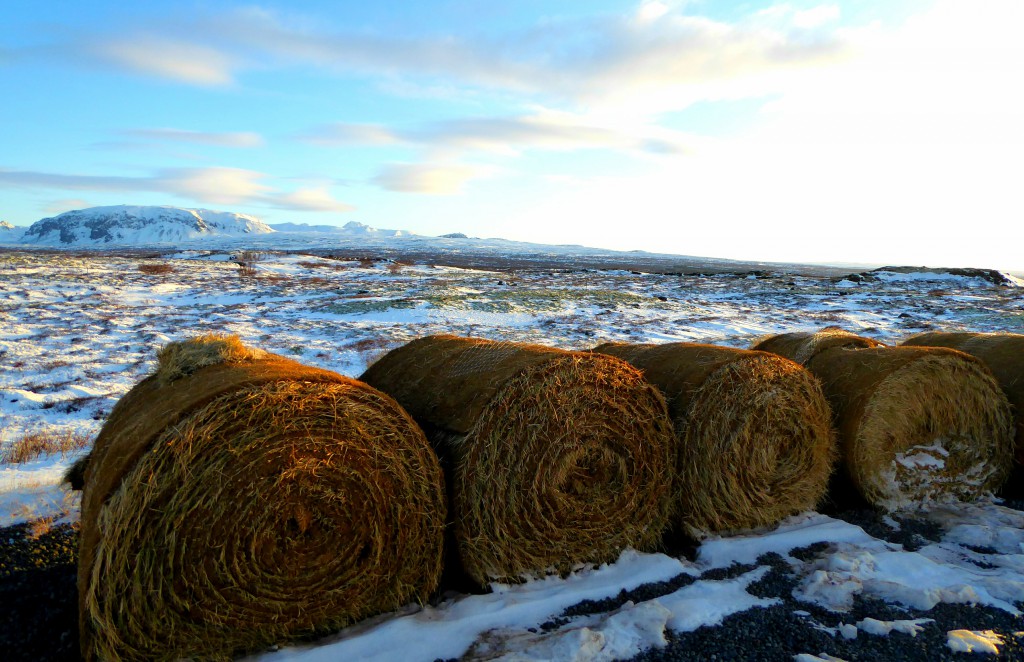 The start of my Walk

She told me that there was a path from there going to the waterfall as well. In summertime it would take up to 10 minutes to go there..but it was winter.. So she couldn’t tell me how long I would need now…being winter.. but it would be a nice walk. Every day is different in Iceland, you never know how the conditions are and if there was extra snow, going to be windy or what ever. 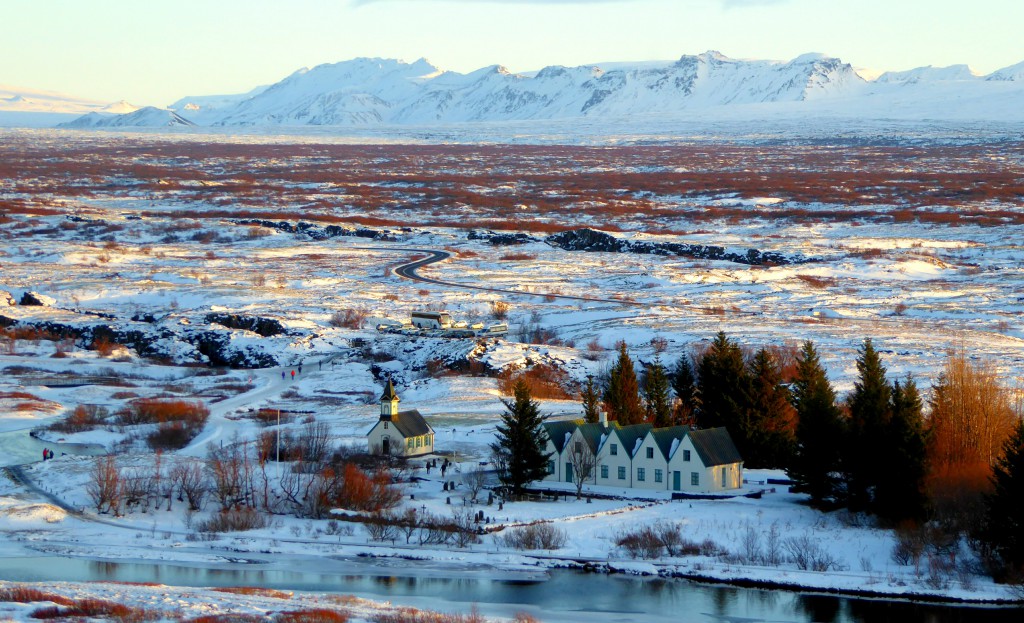 Well I do like a challenge and she got me curious so I decided to go take path. She also gave me another tip… go take a evening swim at the Secret Lagoon in Fludir and spend the night in that area. It all sounded great!

Walking in the canyon to the Waterfall Oxara

So I drove my rented car to parkinglot 2. I was the only one there and saw one path going back into the park. I started to walk this one and soon came by a canyon and if you looked closely you could see, with some fantasy, that there was a path going down. This was the path she meant. I started to walk and the descent was impossible. I think in summer, with no snow, you’ll see a stairs? But now it was a slide down…I saw some other people hads done that too. So I did too. I sat down on the rigde and let myself slide down. As soon as I could I was on my feet again, I was dressed in jeans…didn’t wanted to get wet! 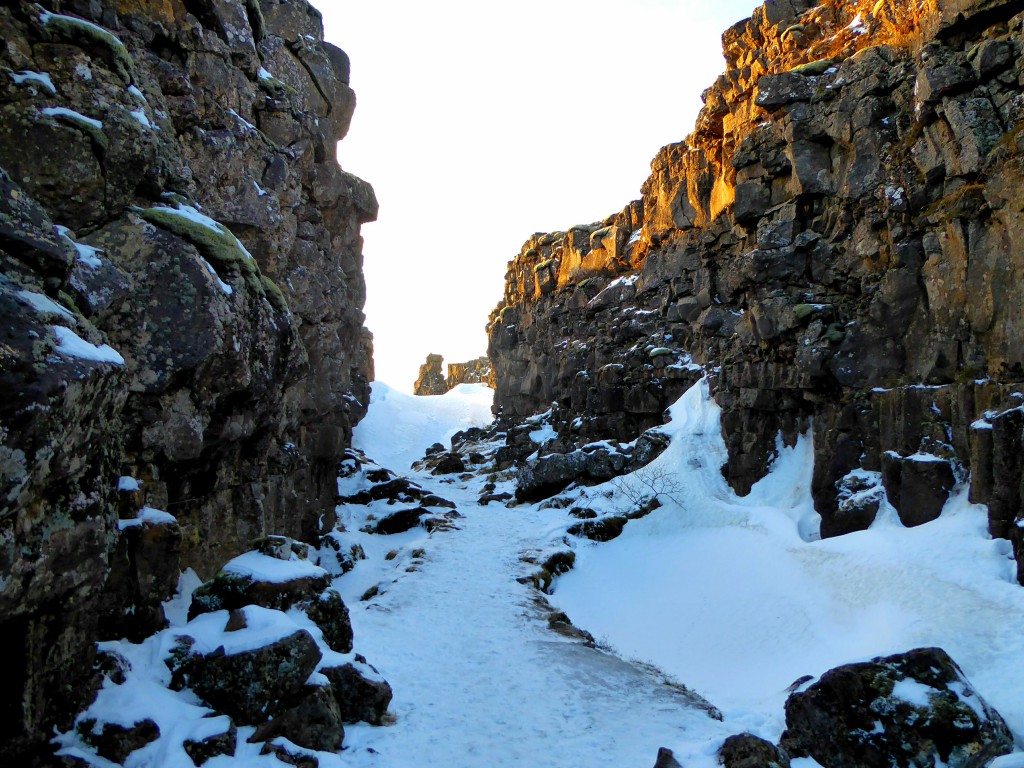 When I looked back up I realized I had to go up also!! I planned my way already, all the way to the right side was a shorter descent…but more steep. I probably could put my feet up and haul myself up there.

At this point I was walking in between the canyons. Were those the tectonic plates? They certainly had caused it.  So I was walking in between Eurasia and America, how cool is that? These tectonic plates drifts apart almost 2 to 2,5 cm a year. They floating on the fluid of the inner earth, how strange is that to realize? I can not even fully understand that.. And walking on a big pack of snow… Land of fire and ice…indeed!! 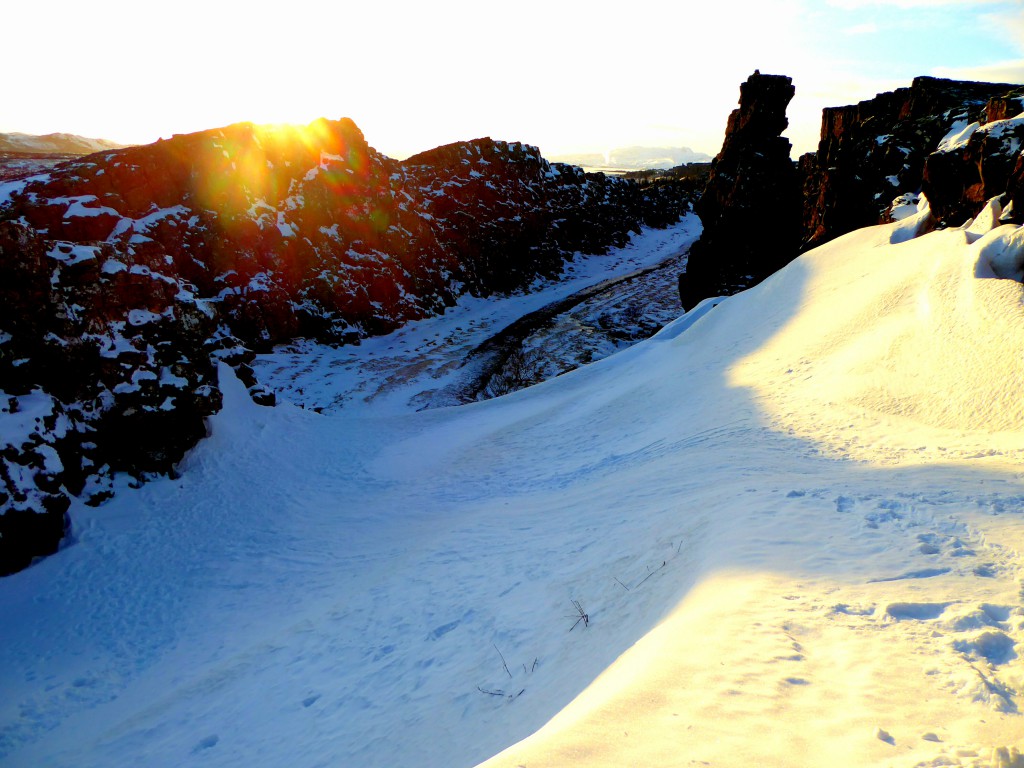 I walked on and came at the next descend. I could do it at the same way I did before. Slide down on the long side and when I came back I should take the shorter steeper side to climb up. Should pull and climbe somehow. As long as I would slide I could pull myself up. 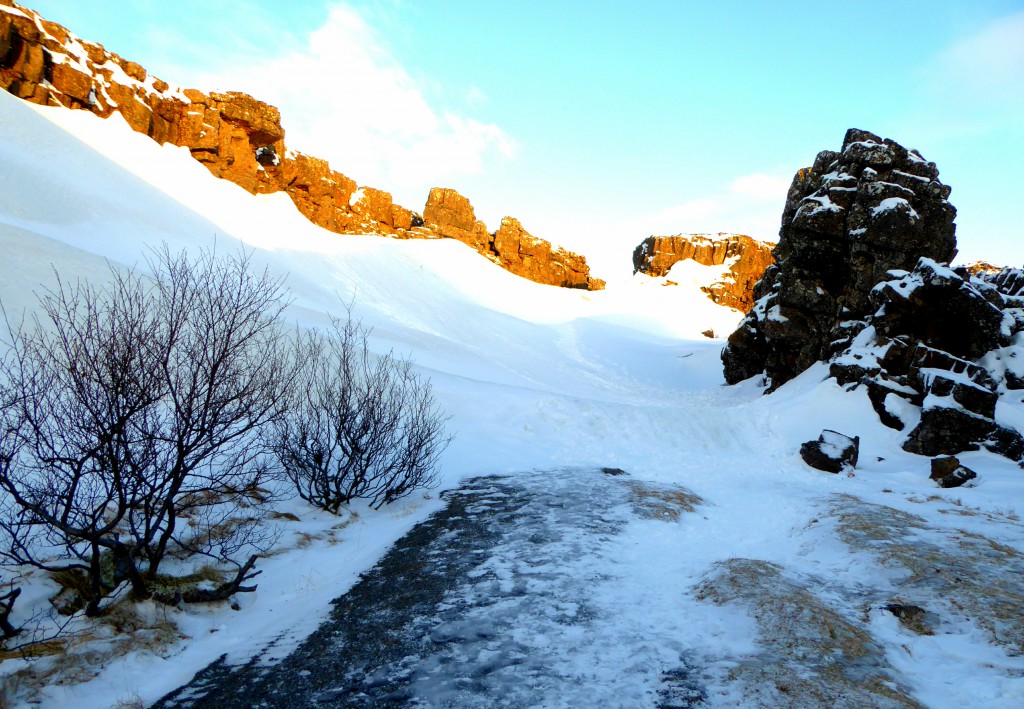 After this second slide the path wasn’t that steep anymore and in the distance I saw some people walking. They came from a sidepath onto this path, probably the path that came from parkinglot 3. When I finally got to the waterfall I saw a small one but it was wonderfully frozen! It had all kinds of formations of ice. The stream I saw earlier came from here. The water runs down quickly and you can hear its roar from afar. 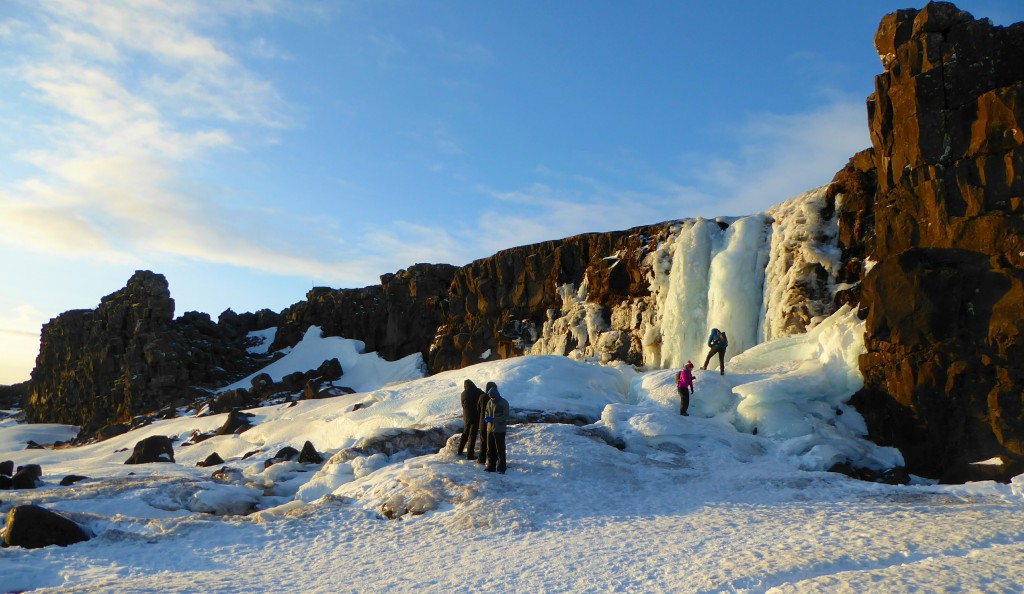 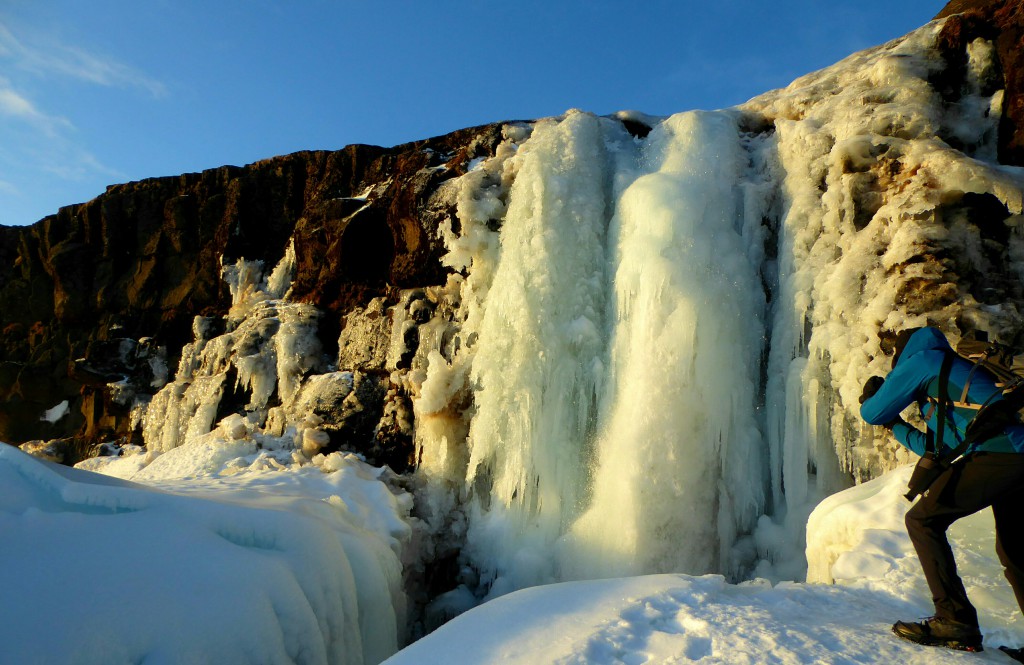 After making some pictures and exploring that area I went back. And yes…just as I thought. I could climbe up that shorter but steeper side. I could, after some slides ofcourse, get the rigde and pul myself up and haul me over the rigde. Stand up and walk on, it went great!! The second time was even easier and in no time I was back at parkinglot 2. 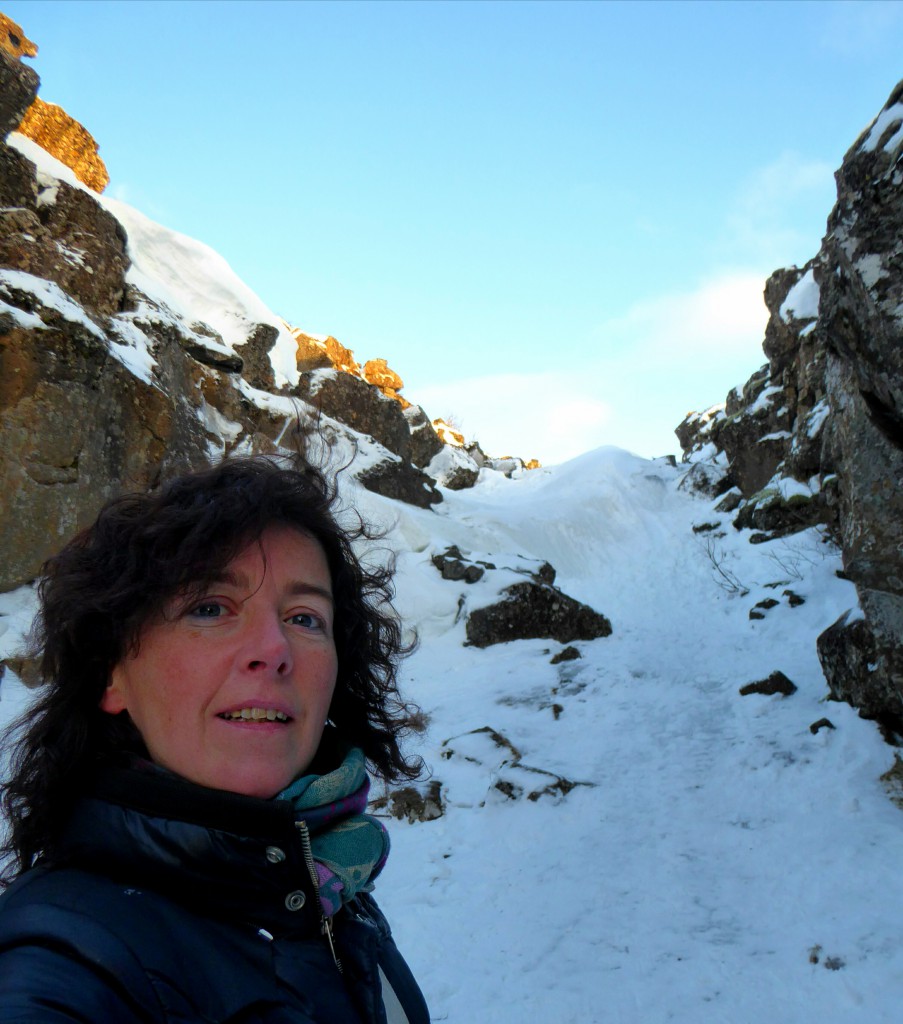 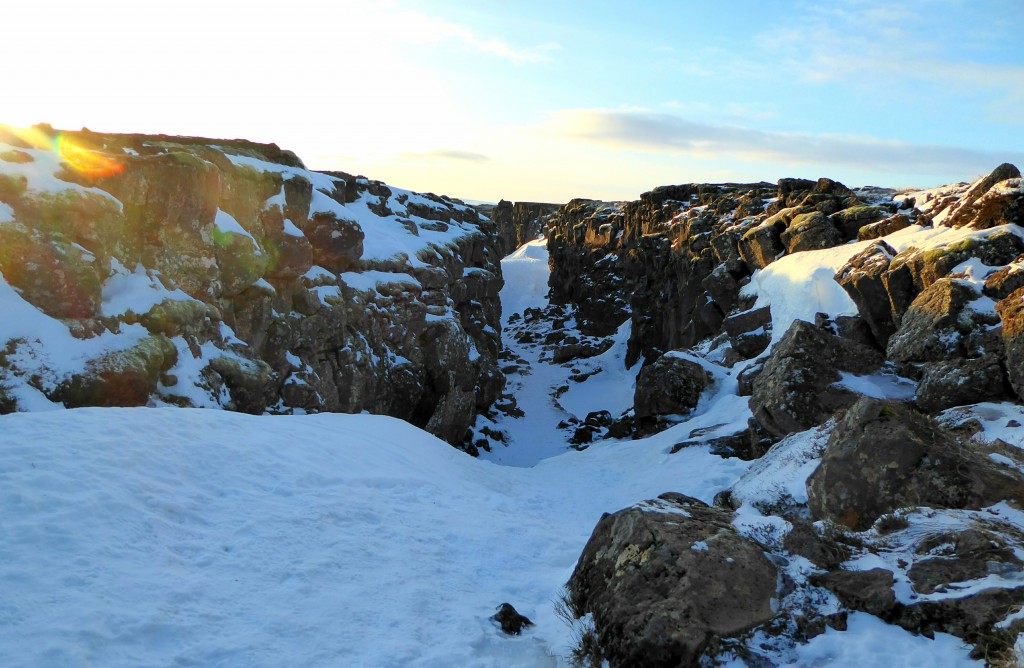 An active challenge on an interesting place of this earth!!

In summertime 10 minutes…
Yeah it was kind of 20-25 minutes in wintertime but so much more fun!!

If you liked this post..would you share it too for others? 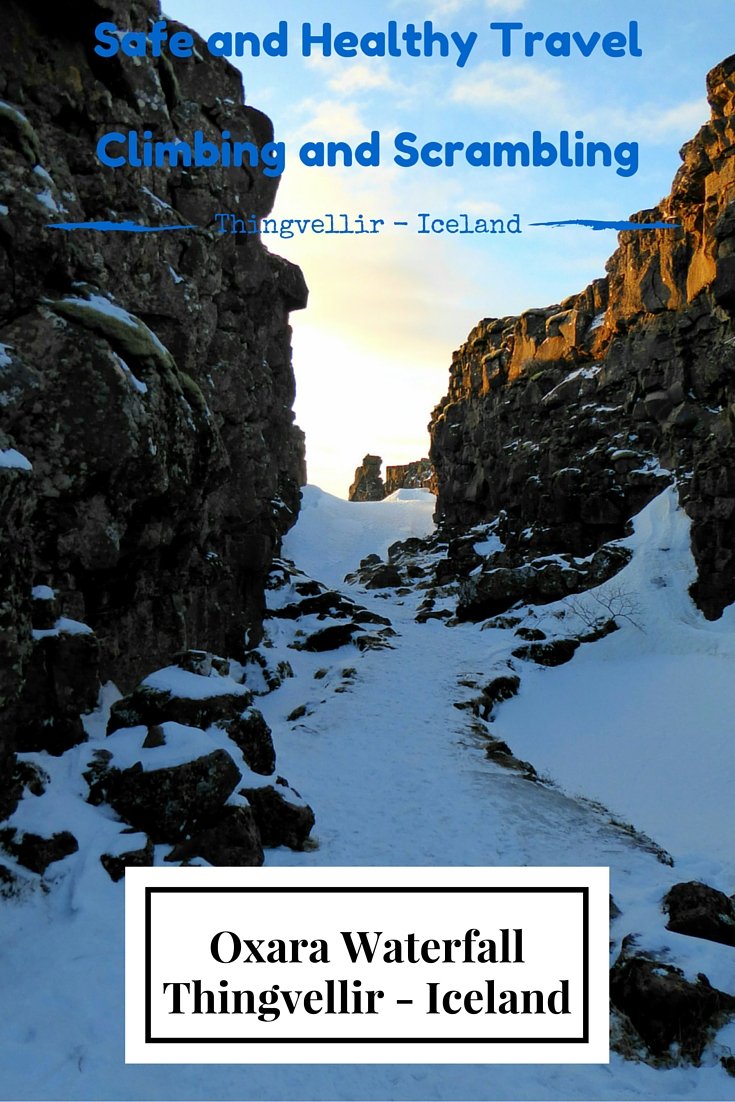 —Check my previous Adventures about Iceland too

Bathing in a Snowy Landscape, Iceland in Wintertime

The Best Hamburger of Iceland

Rent a Car in Iceland? Yes!

Or can I inspire you to go to Bastad – Sweden and take some relaxing time in this sauna?

Sauna above the sea – Bastad, Sweden