Do you see what I just saw? 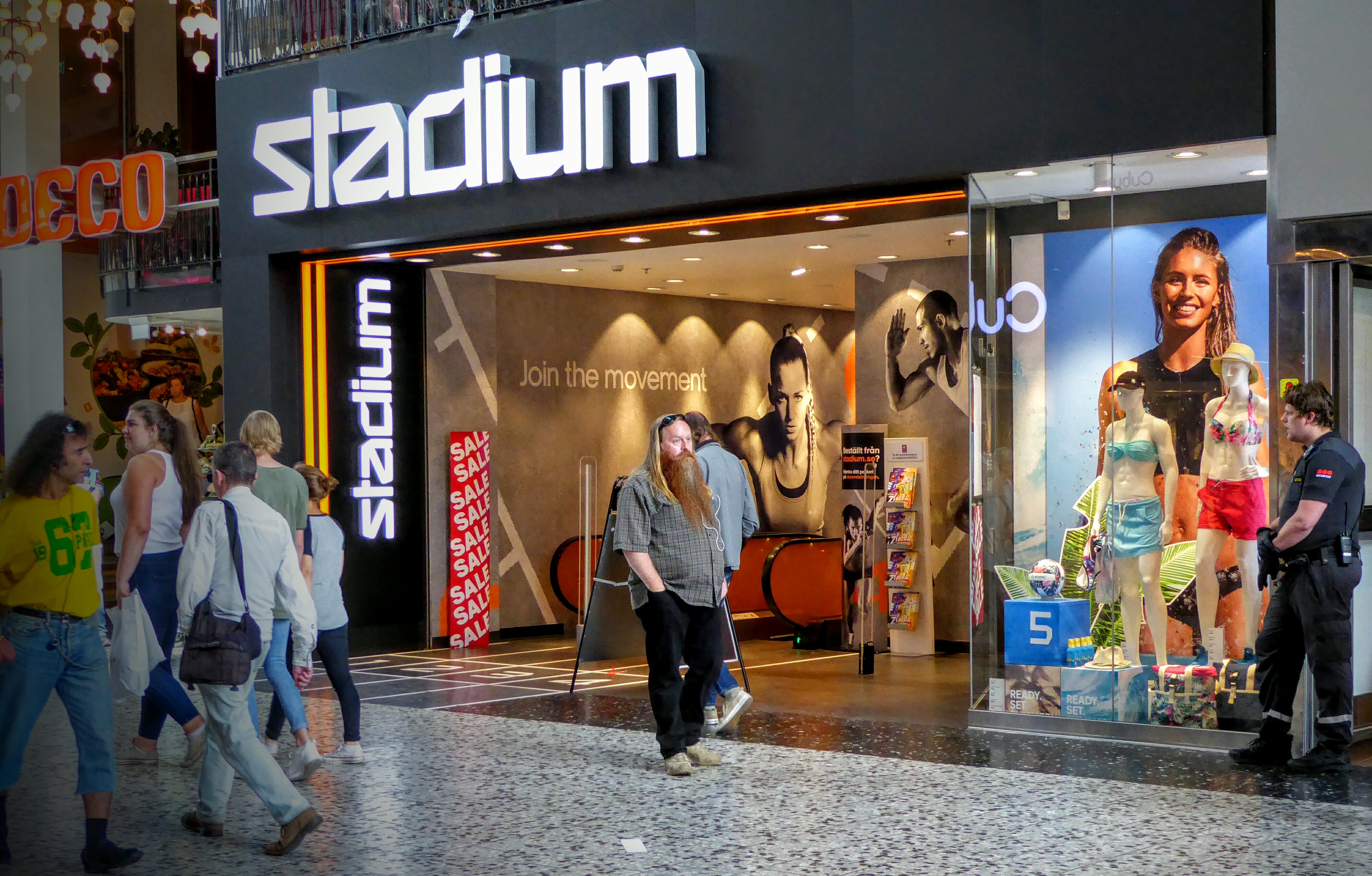 When you take a look at the entrance of the shop Stadium… Do you see something that is out of the ordinary? You see people that are shopping, on the right you see a security guard or police officer. On the other side is also a security guard and a police officer…. they are behind the people walking in the shopping center. You see those two better on picture two. 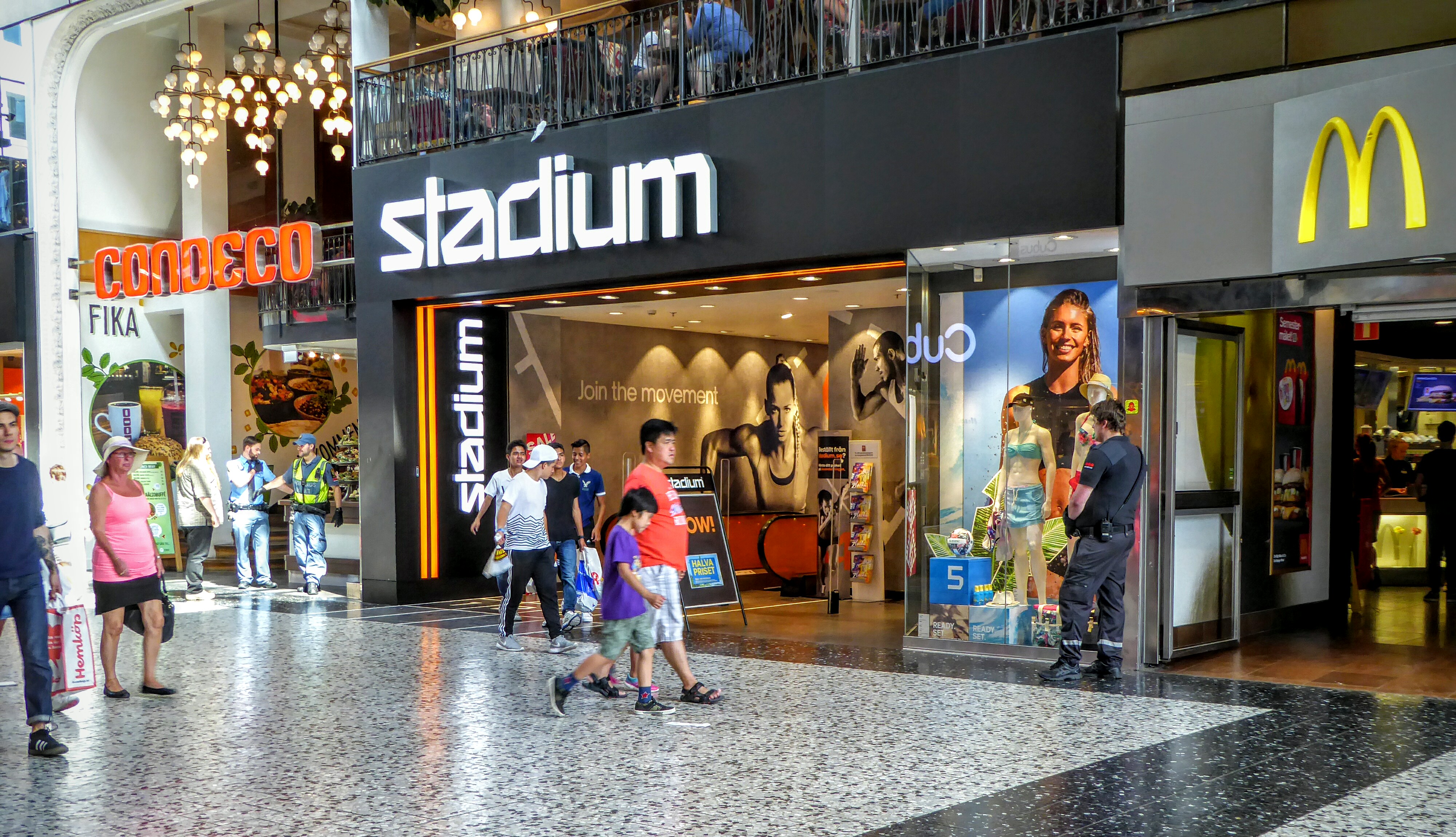 When you go back to picture one, you see a man with a long beard. This was the man that got my attention. I was just walking the shopping center and he was situated in front of the rolling stairs, he just stood there…not waitin to use it or anything. No…he was looking at everybody that came up. In the meantime he was speaking. Not in a manner I see a lot of people doing in the streets.. Two earphones in from the phone, the microphone in front of the mouth and talking..

No..this man with the long beard wasn’t making a phonecall!

He was talking but stood still and looked death serieus and rather precise to the people that were using the rolling stairs.

Would you have noticed this? 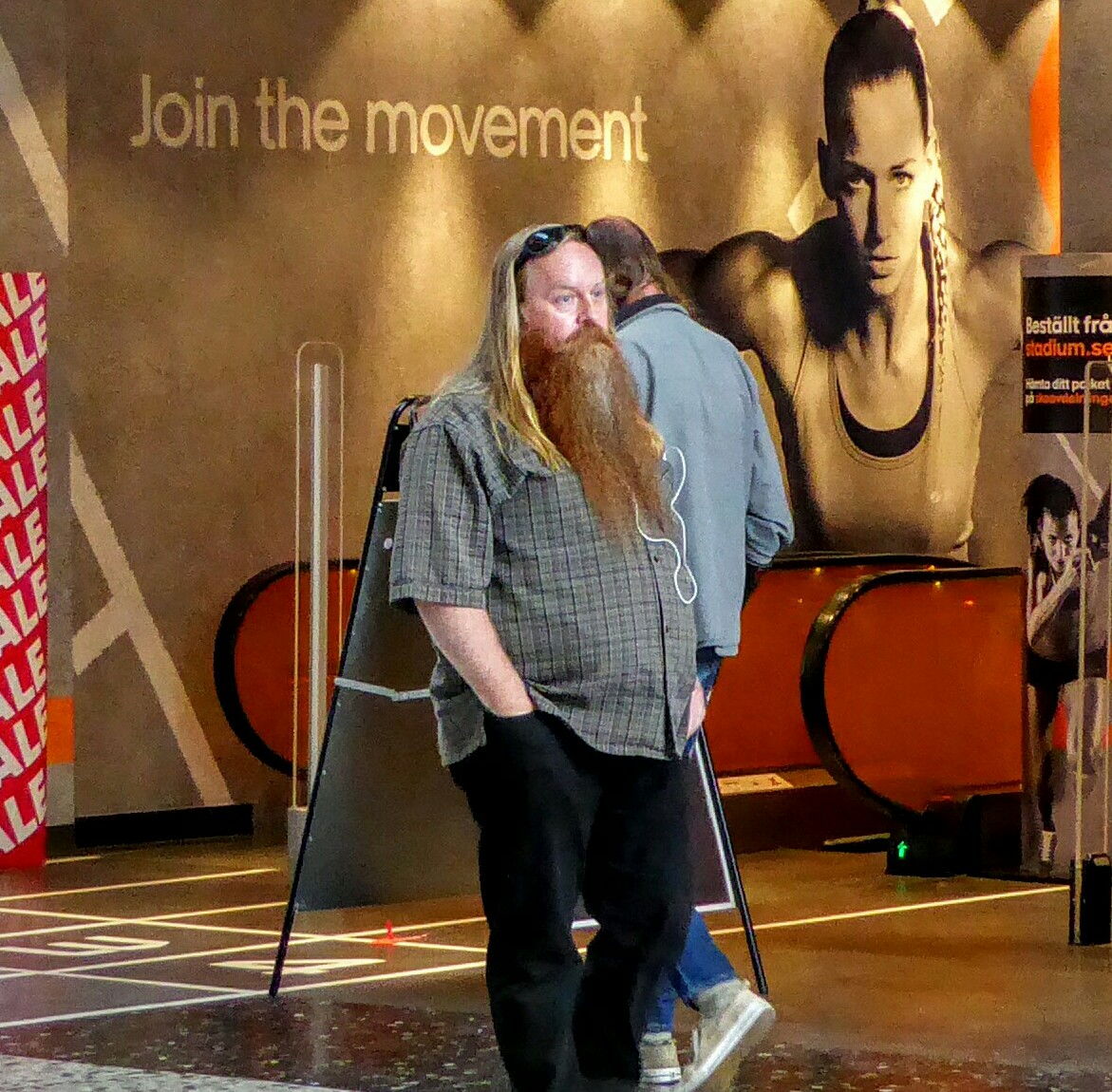 I positioned myself on the opposite side when I also saw a police officer standing next to the shop. I got curious to what was going on here. And then I saw another police officer and a security guard. There must be something going on there…they must have seen someone they are looking for…Or someone they had to guard…that was the second option in my opinion. They were next to one of the big entrances of the huge shoppingmall.

What was going on here??

It didn’t took long before I saw the man with the long beard making a move. He walked really fast and with a clear goal to the rolling stairs. I saw a guy coming up, he had a tinted look, I think he might be one of the gypsies you see a lot in Stockholm. I saw he was carrying a big bag. This young man looked as he was stressed, I saw him looking with a active but nervous look. Before he knew it the man with the long beard had grapped him, he had his arm in front of him and pushed him backwards to the left. He drove him right into the arms of the officers that were situated on that side of the shop. The received the young man and took him further away from the shop. When I looked back to the shop, where the man with the long beard went I saw him standing again in front of the rollin stairs. Appearantly they were expecting another person, an accomplicer. Would there be a shop down there? Did they had contact with the security guards that watched the CCTV and knew where the thief was going? Or was it a robber? Or a pickpocket? The man with the long beard couldn’t wait any longer and briefly talked to the officer on his right and also took the rollin stairs down..

I recognize that kind of hastily walk immediatly.. It is the walk of a drugs user in need of using some drugs..

Meanwhile I saw another teinted man walking towards the scene, he came from outside of the shoppingmall. I recognize the hastily walk immediatly as of someone that needs some drugs. In search for some, almost running out of time… He starts feeling sick because of the withdrawal.. He was wearing a baggy trousers that almost fell of his butt and on top of that he was wearing an old training jacket. He walked hastily, he was searching for someone. He looked around when he was at the rolling stairs…I saw him talking..to himself.. He waved around with his arms and was looking around in all directions.. He lost someone? He walked away but immediatly turned around to come back and walked straight up to the officer that was still standing on the right side of the shop. He asked him something.. I could see on the gestures of the officer that he didn’t gave any information or said that he didn’t know what he was talking about. The young man said something but then walked on.

In the meantime I was getting really curious about what was going on down the rolling stairs so I decided to go down. At the moment I was on the opposite side and wanted to go down I saw the man with the baggy trousers in front of me descending the rolling stairs. When I came down I saw a sports clothing shop. I immediatly spotted a guy that obviously was a police officer to, a strong man, broad shouldered and a short, sporty haircut and ofcourse the white earphones in his ears. I saw that he looked strong and focussed to a specific corner of the shop. The man with the long beard was standing a couple of meters down the alley, he also had his eyes focussed into the same corner. Together they had the whole corners covered… When I looked in that corner I immediatly saw what they were looking at.. two persons with a big bag at some of the clothing racks.

The man in the baggy trousers was getting more nervous and started to yell. I ofcourse couldn’t understand. Nobody responded to him. He started to talk to a servent of the shop, he got an answer but it didn’t seem to be the one he was looking for. He went back into the shop and was very hastily and seemed very nervous. Then he walked into the corner and straight to the guys that were under surveillance by the officers. He briefly talked to them and then walked away. I saw the officers looking at eachother but not reacting to anything. They just kept their eyes on the two guys with the big bag. The guy with the baggy trousers left the shop and the calmness of a nromal shop returned.

I left the shop too …

I have done this work for half a year last year. Going on the streets, undercover, and trying to get the bad guys while they are at it. Doing the job that brought you to the force in the first place! 🙂

Most of the time it is a matter of patience, acting as normal as you can in the situation you’re at..as a civilian and not as a officer. I immediatly saw this man with the long beard… and if you ask me? Most people probably didn’t even saw the arrest taking place just in front of them. The guy was overwhelmed and didn’t react, they took him in a manner we learn in school. Both officers to one side of the man and his arms in a lock so he couldn’t get out of it if he would have tried.

These guys are probably familiar with stealing here, in this shoppingmall of Goteborg. The officers probably knew them already like I do the ones that are active in my work area. Keeping them in sight and arresting them as much as they can!

I really liked seeing this in Sweden!!

It works the same everywhere 🙂

Do you think that you would’ve noticed? Have you seen such a thing before? In your own country or abroad?

I really love to hear your story, what did you see or noticed and nobody else did!!

What ‘undercover’ action did you see when nobody else did 🙂