I woke up from the wake up call of the hotel.. I was expected in the lobby, our taxi had arrived. It was 05.20 in the morning. My alarm was set for 05.30 and we would be picked up at 6!! I rushed down and saw one person of our company already there but the two ladies weren’t there. I wasn’t the only one who thought it would be at 6.

So early in the morning we went to the office of Urgup Balloons where our guide had arranged the ballooning. We would go over the great landscape of Cappadocia that morning while the sun would rise!! 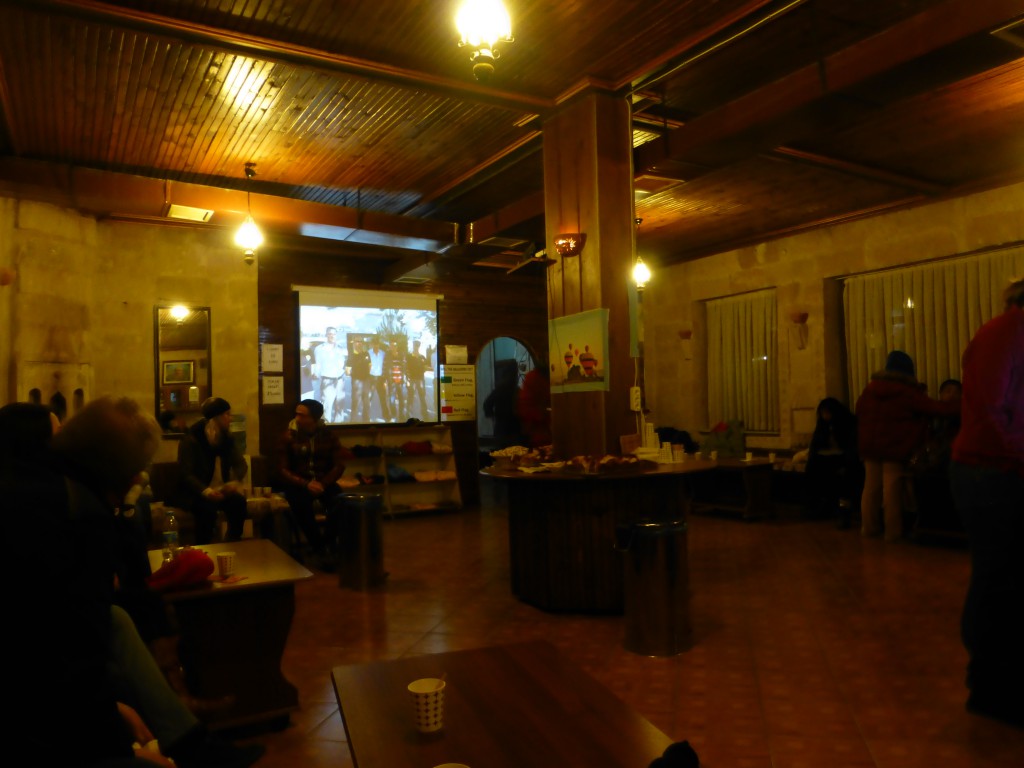 The day before I got to this great area and I loved every single inch of it. It is a fairytale landscape, that beautiful. The cave houses in all those rocks, they are all over the area. When you look at the taken pictures you see a lot more holes in walls and caves who were used for living. 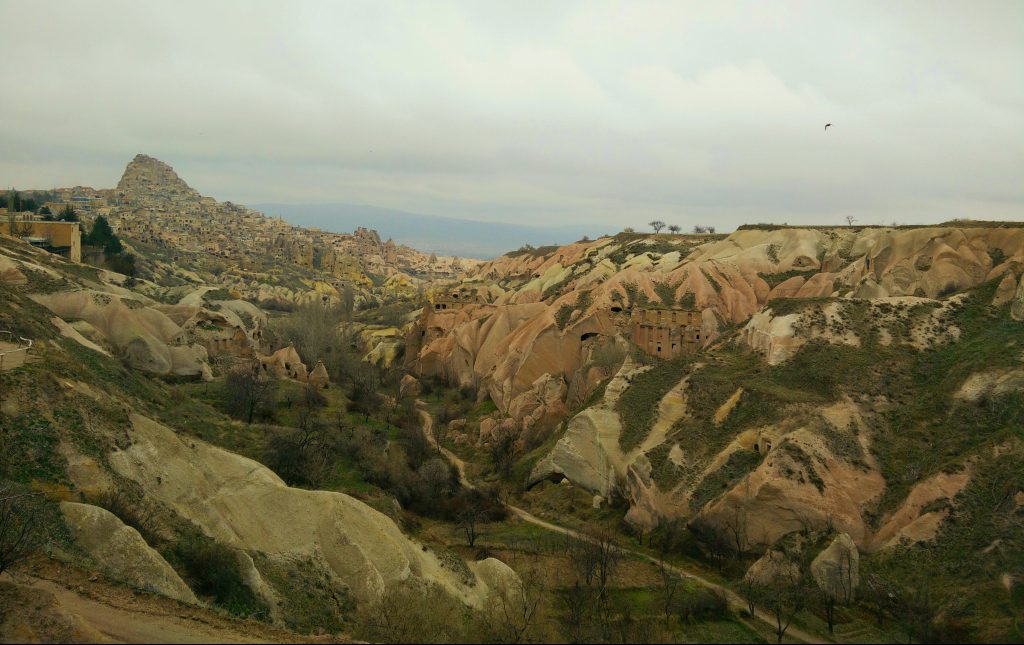 As far as you can look you see openings in the rocks, great!!

The Cappadocian Region is located in the center of the Anatolian Region of Turkey, with its valley, canyon, hills and unusual rock formation created as a result of the eroding rains and winds of thousands of years of the level, lava-covered plain located between the volcanic mountains Erciyes, Melendiz and Hasan as well as its troglodyte dwellings carved out of the rock and cities dug out into underground, presents an otherworldly appearance. (Source Wikitravel) I visited an underground city as well, really amazing!! 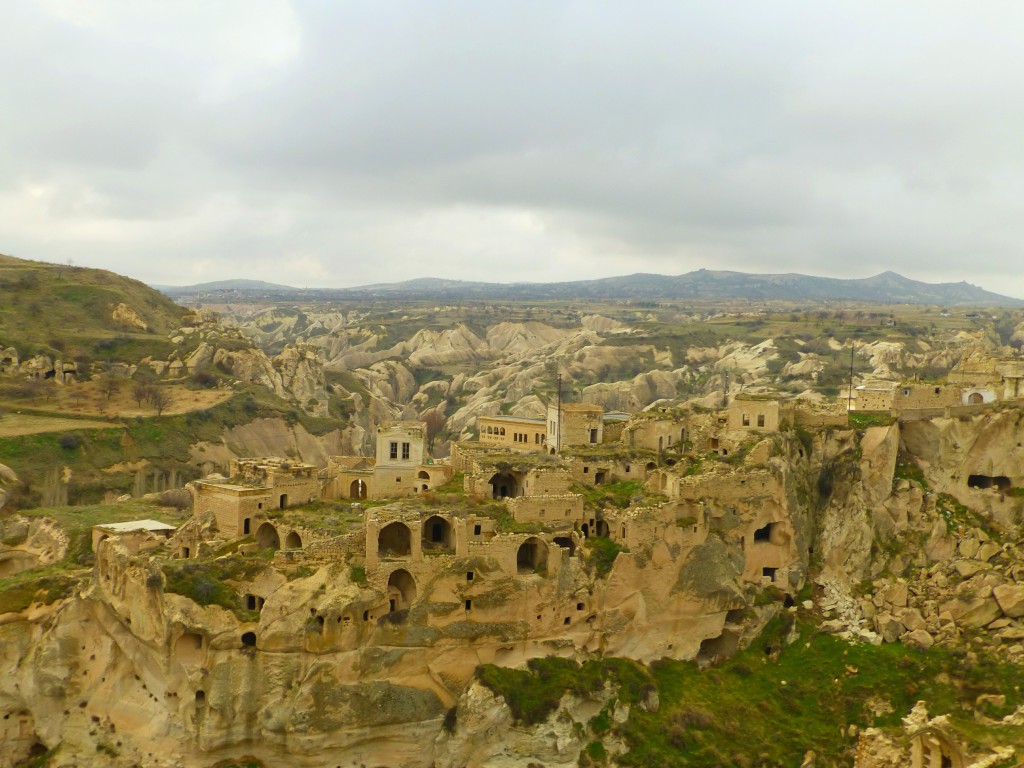 We got a cup of coffee in the office and some breakfast! I was very glad about that! The day started a bit more early then expected so it was a stressy one…

We drove off in a couple of vans… We went in a basket with 20 people under one balloon. There were 5 parts in the basket, the middle one belonged to the ‘driver’ or pilot 🙂 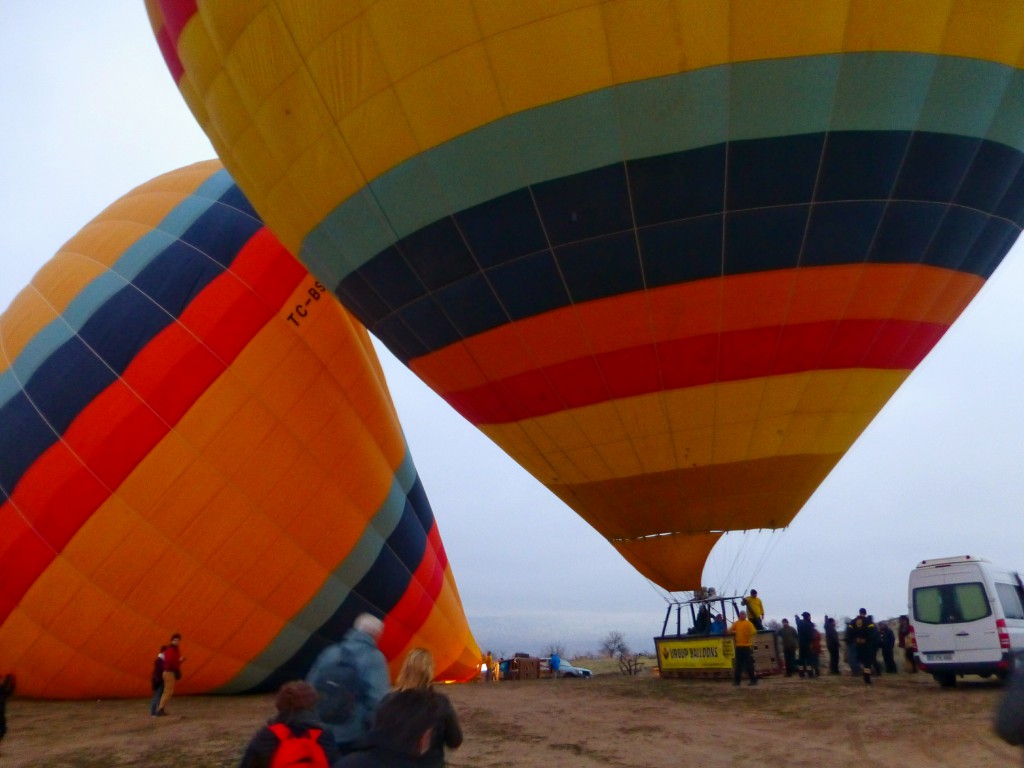 So on both sides he had 10 people. I was in one part with 3 others from our group and a Korean guy.  I did make sure I got a place on the side so I could take a lot of pictures!! 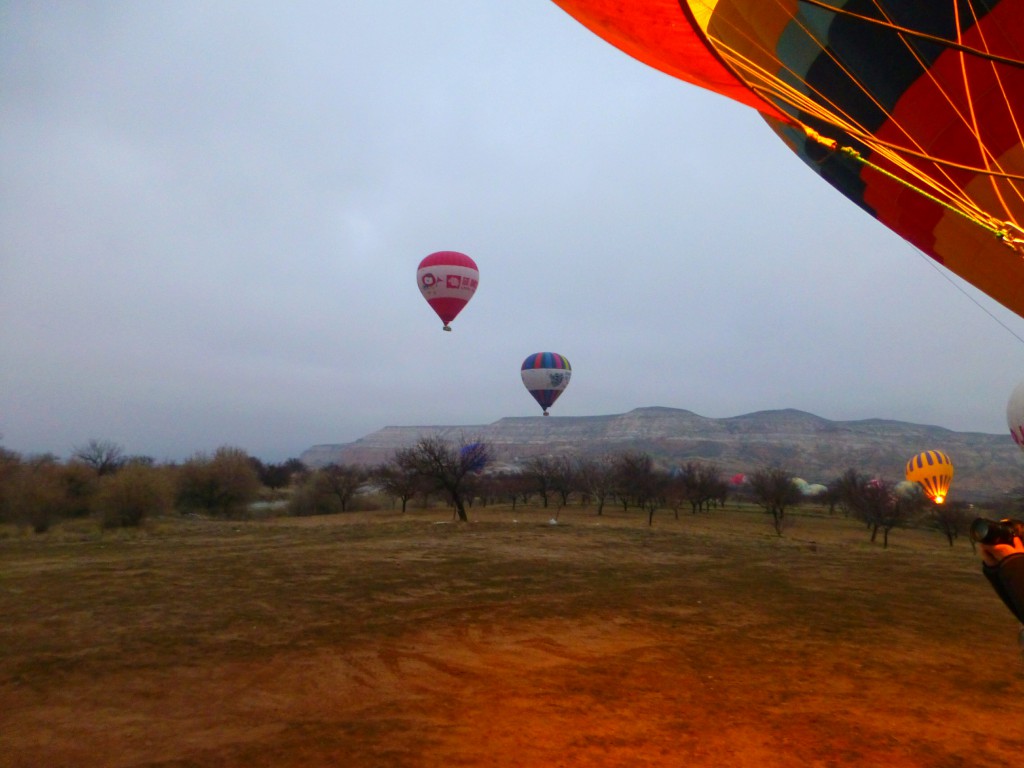 This day was cold! It was a bit grey when we went up but we had clear sight!! We could see a lot of the great landscape. At first when we went off we hit into some small bushes!

Immediatly had to think about that time that we as a family took a balloonflight as a present for my mom. That was a great flight but at the end, when we had to land again he couldn’t go into the meadow he wanted. That’s why he had to get up high again to go over some trees that were parting the meadows… He didn’t get the balloon high enough and we were almost stuck up high in the treetops!! But it all ended great..but it was a big adventure!! 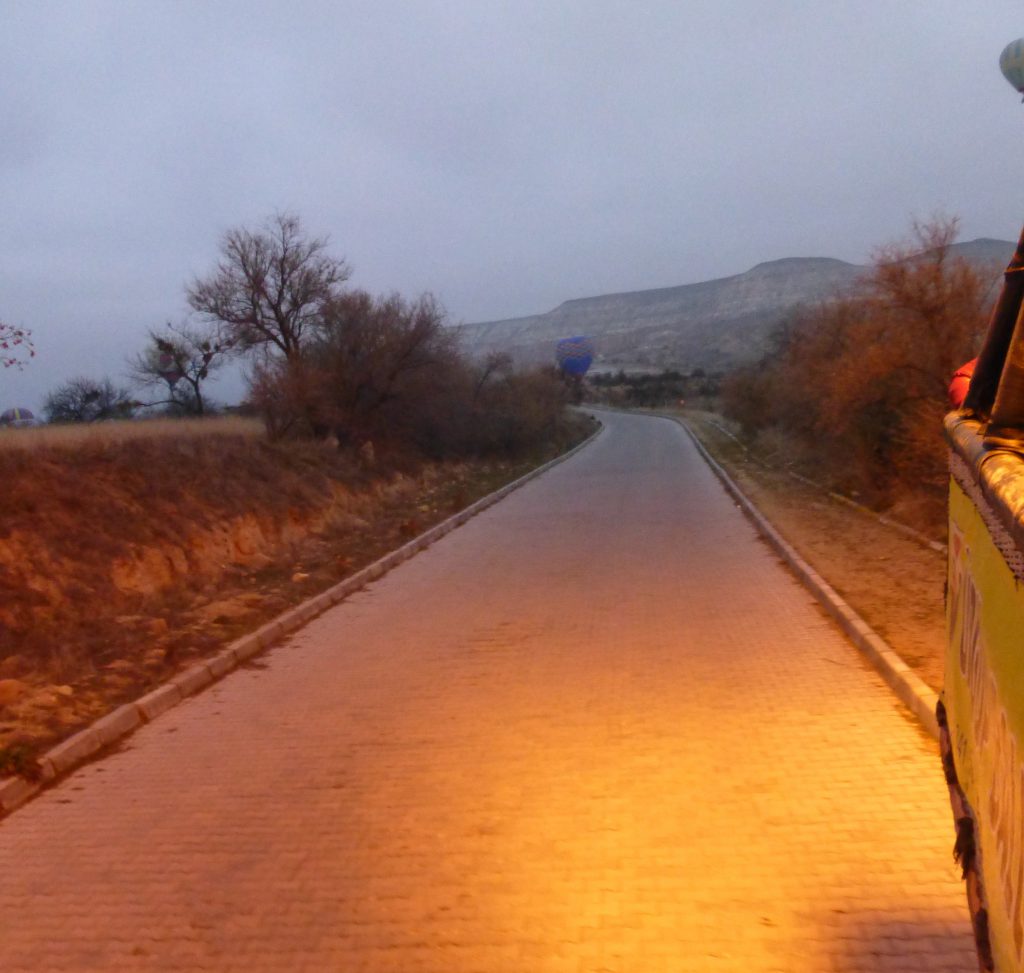 But after hitting those small bushes we took off and got the great view we wanted! We saw a lot of other balloons setting off or getting ready to go. It gave the morning such a great feeling!! 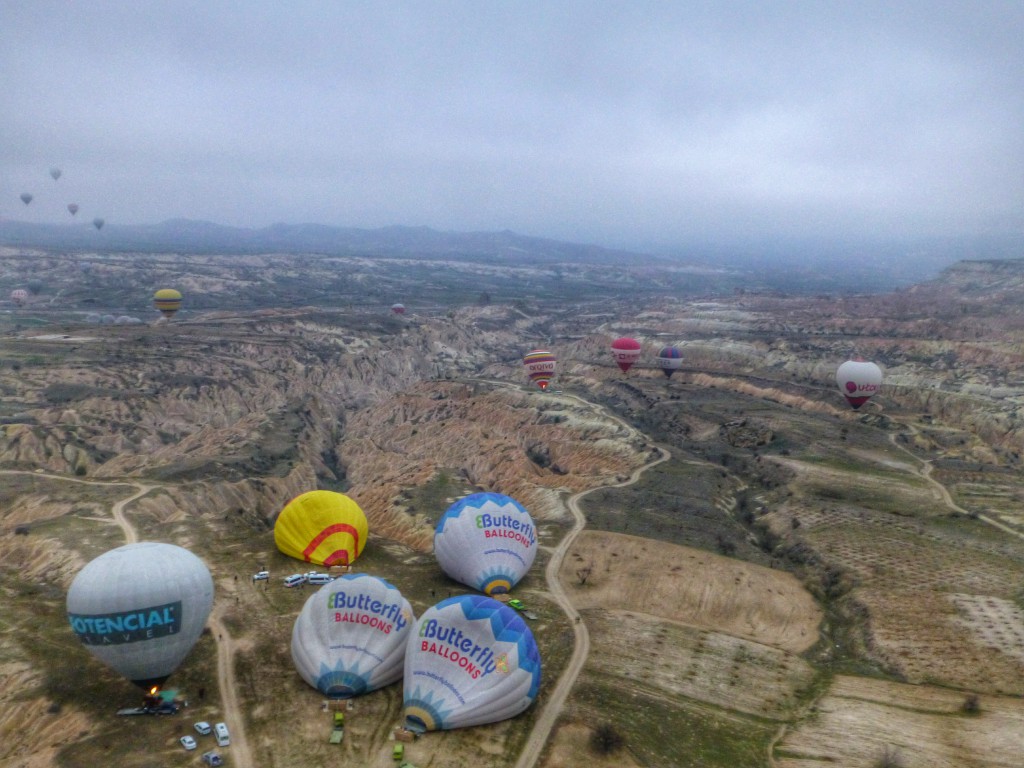 After a while we got at those wonderful fairy chimneys!! They looked great from the ground as well as from high above. The pilot will try to go as low as possible so you get a good picture and see the full length of the chimney. It thougt it was great! 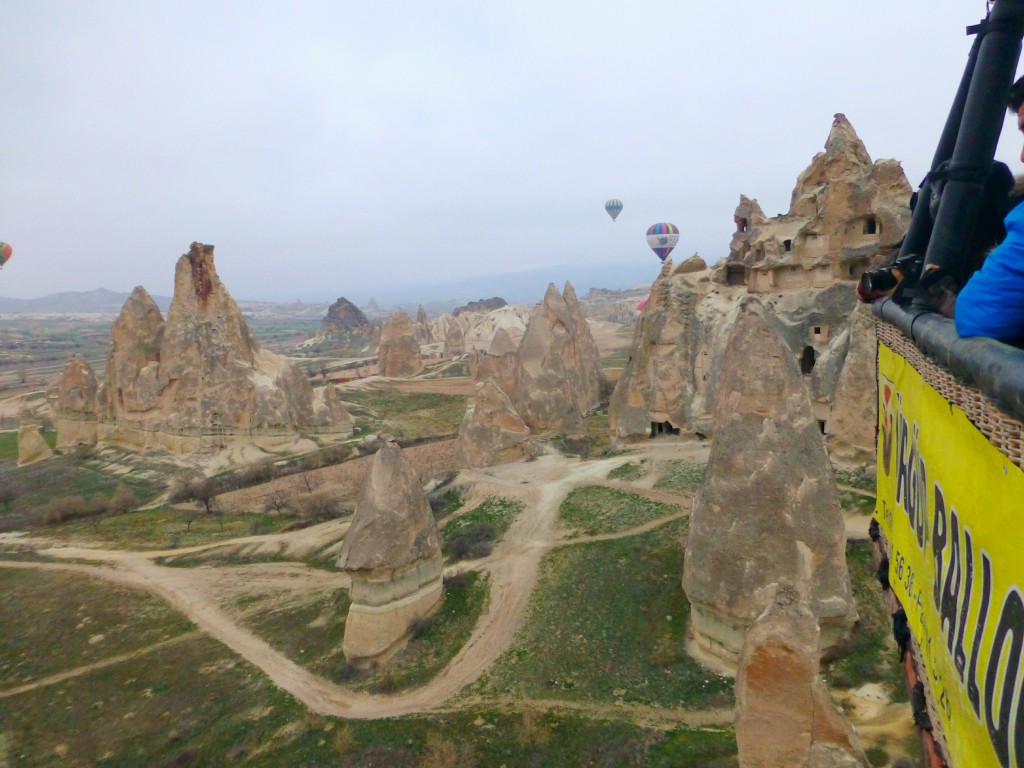 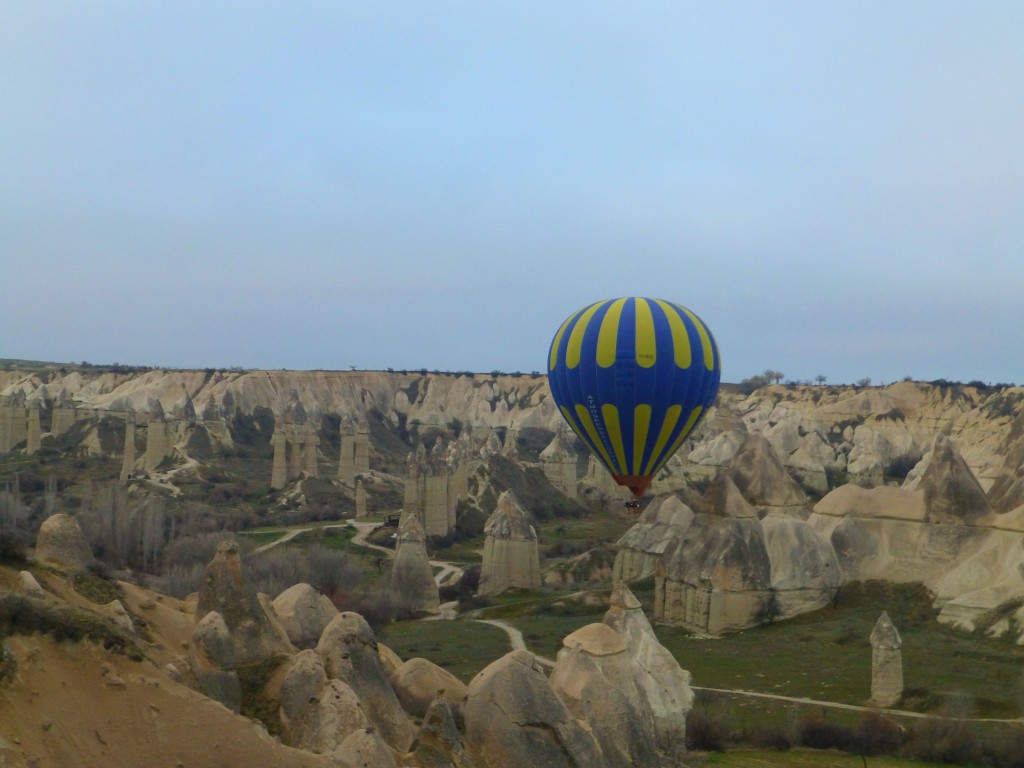 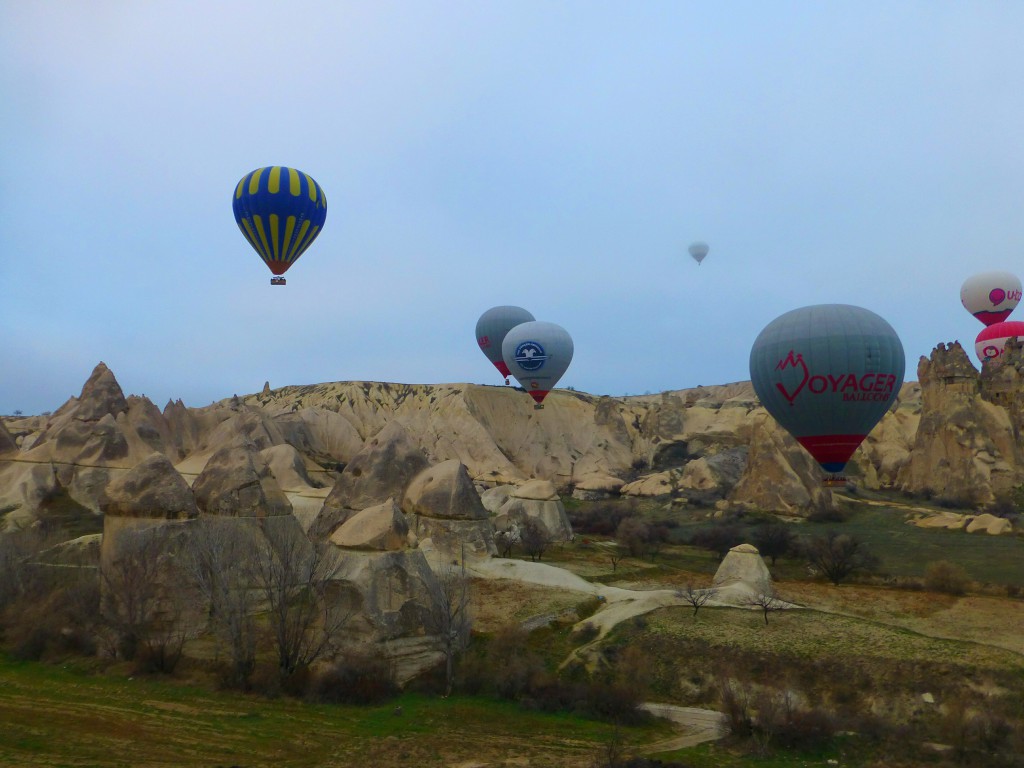 Where is that sunrise?

I do think I got some really great pictures! After a while we saw the sun behind the  rocks..it was a cloudy sunrise but still got one picture of it.

I still regret not going in Myanmar…..and maybe I have to go back to Myanmar, Bagan to make great sunrise pictures 😉 Such a great place in this wonderful world to take amazing pictures from an airballoon. 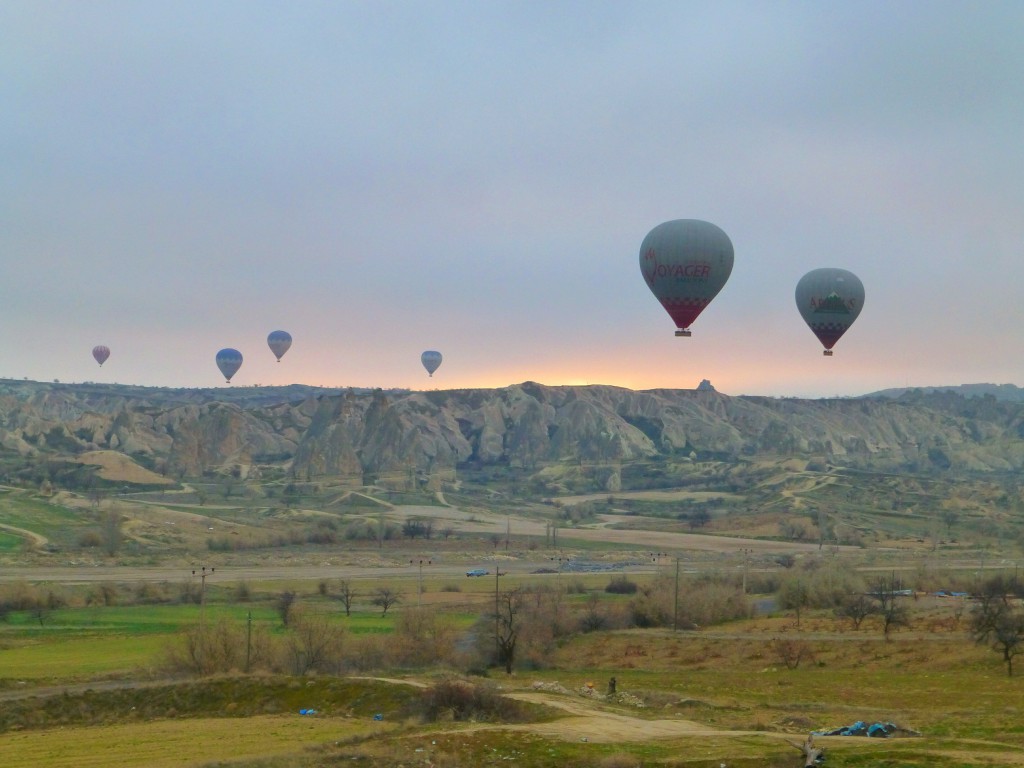 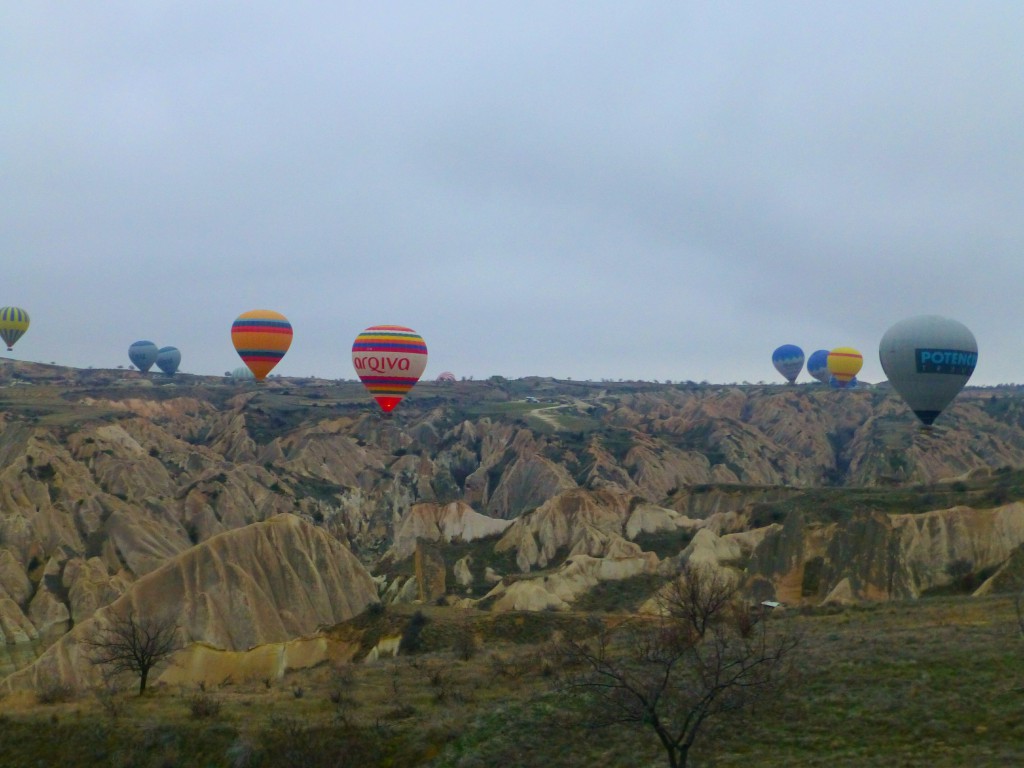 Back on earth again

After almost an hour we had to go down again. We had to find a good place for that. There were many balloons going down now. The pilot saw a place and started to descend. Again we went through a couple of bushes….small again 🙂 And after he putted us down safely and well!!! He did good!! 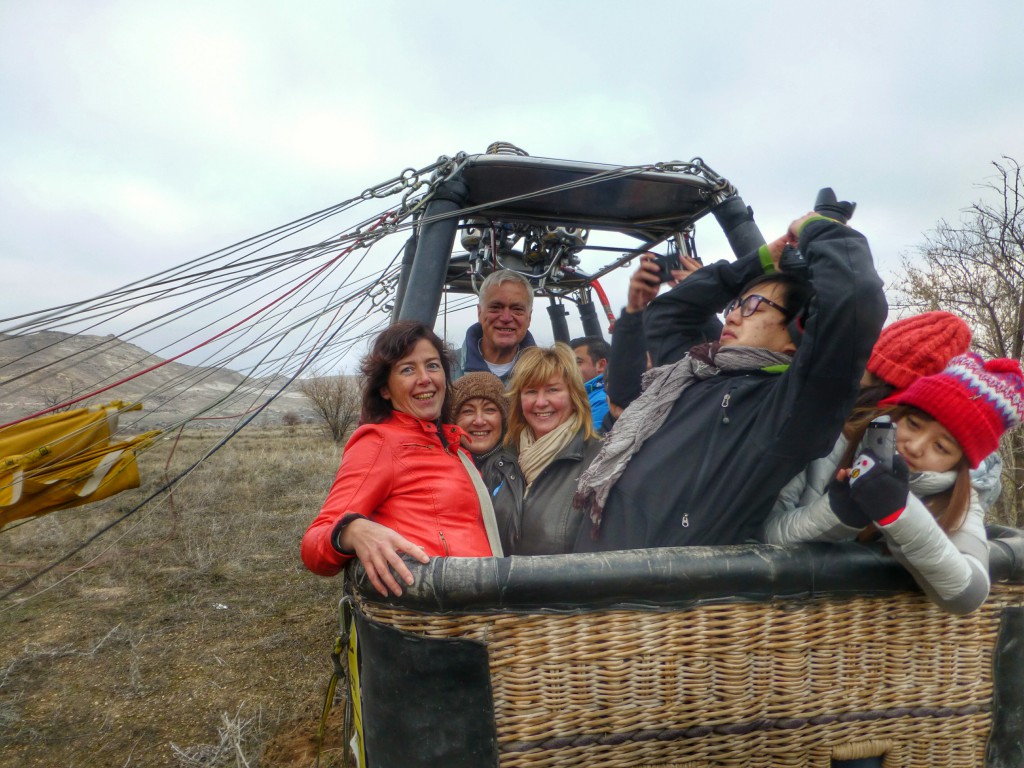 As always after landing you will get some champagne, there was a table and two men making things ready!! We got a certificate that we participated in a hot air balloon flight in Cappadocia and cheered with a glass of champagne!! Perfect ending of a great start of this day!! 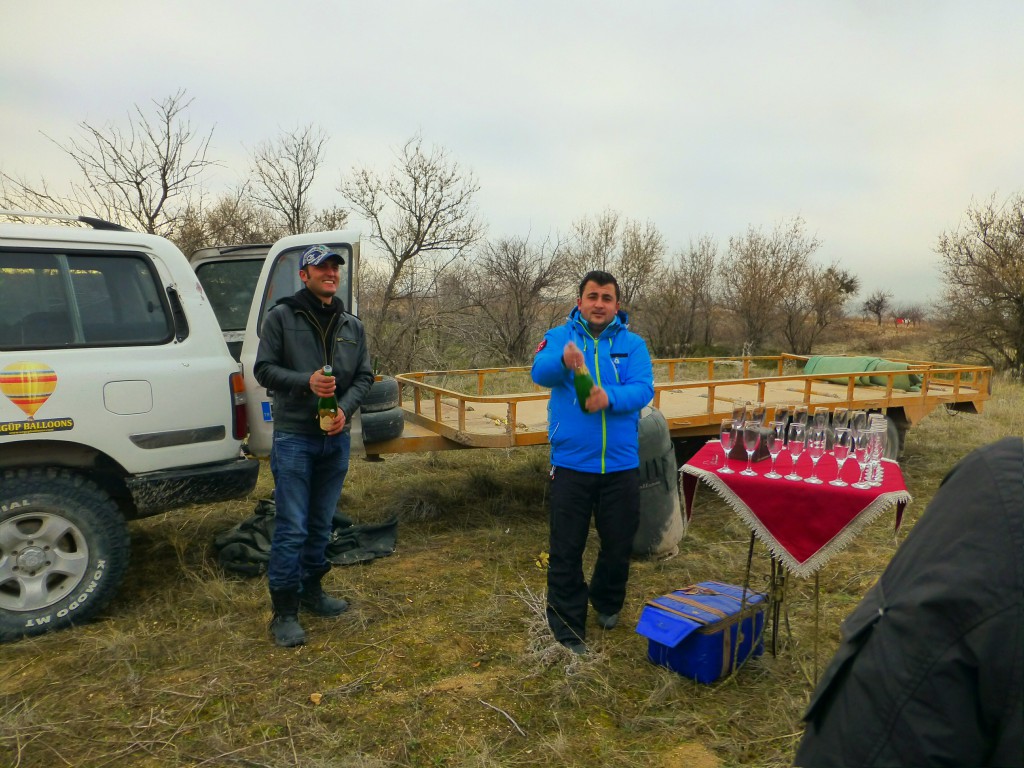 Caroline, Herta, Henk and me. Cheers!!

I later heard that the next day, 17-12-2014, a balloon crashed to the ground. One tourist died and 8 others were injured. I feel so blessed that I, all over this world, never had a accident or encountered violence in any kind of way.

Costs were 150 euro. I took this as part of a grouptour so I think if you will go around and search you can get it cheaper although december is low season. We were back in the hotel around 8.15 am and could get our breakfast at the bar.