I visited Iceland in the month january and the first reason for me to do so was to go and see the Northern Lights. January is in the middle of the best months to see the Nothern Lights!

Facts about the Northern Lights

In Search for the Northernlights!

So the main reason for me to go to Iceland were those magnificent lights! It is high on my bucketlist and maybe one of the first things that has been on the list already before I started to travel as much as I do now. So finally I went to Iceland! After booking my flight I immediatly booked a trip that included a hunt for the Northern Lights. 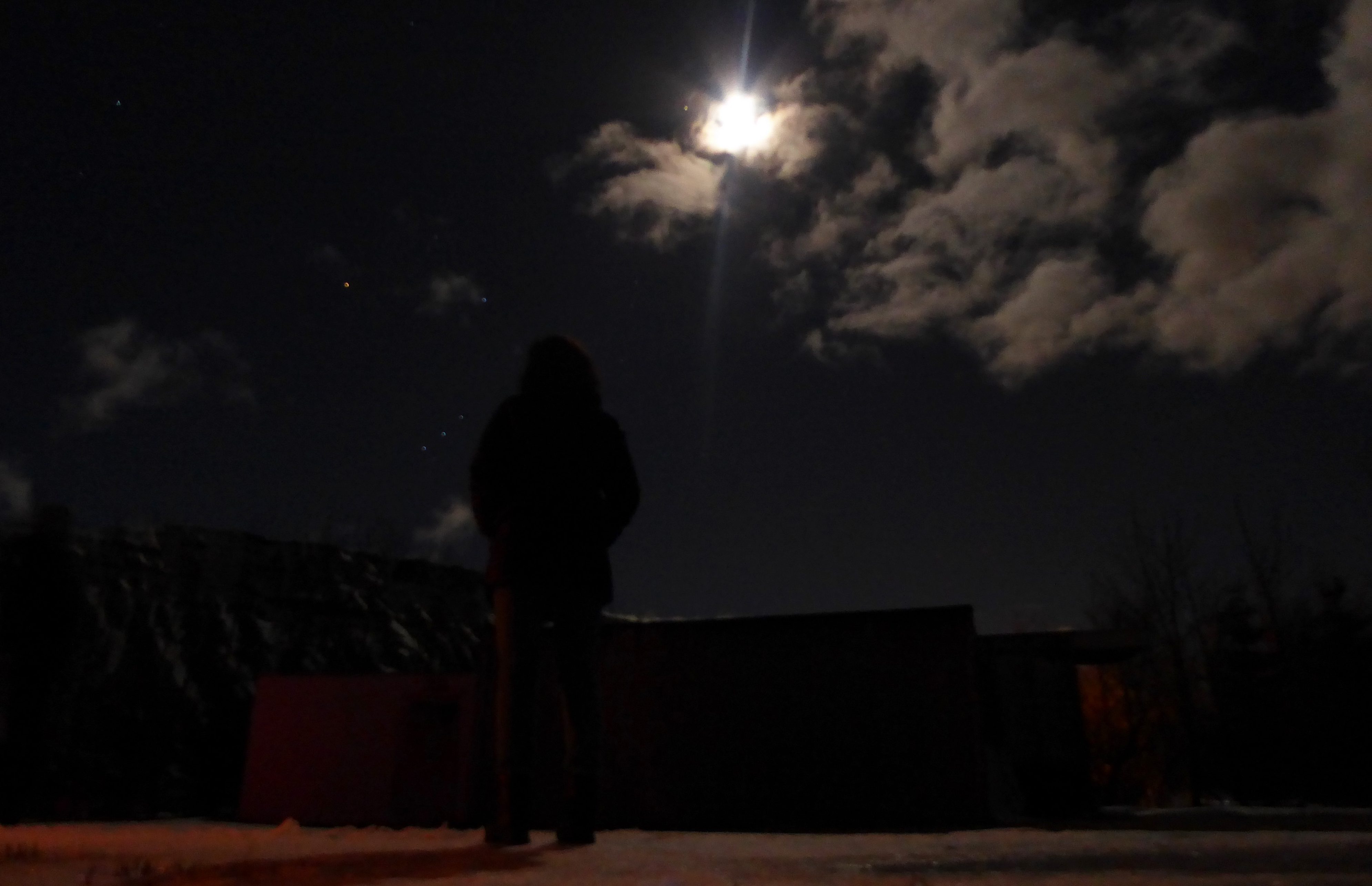 I was practising at home with my simple camera to take some nightshots. I have the Panasonic Lumix TZ70 so I don’t have that much options… But still with good lightings at night I can get it on camera!!

And well, it is a natural phenomenon and so you can not say that you’re going to see it at a certain time.. You need to have a fair share of luck that it’s showing for you 🙂 The first trip I took was a hike on glacier Solheimajokull with afterwards an Icelandic soup and a hunt for the Northern Lights. 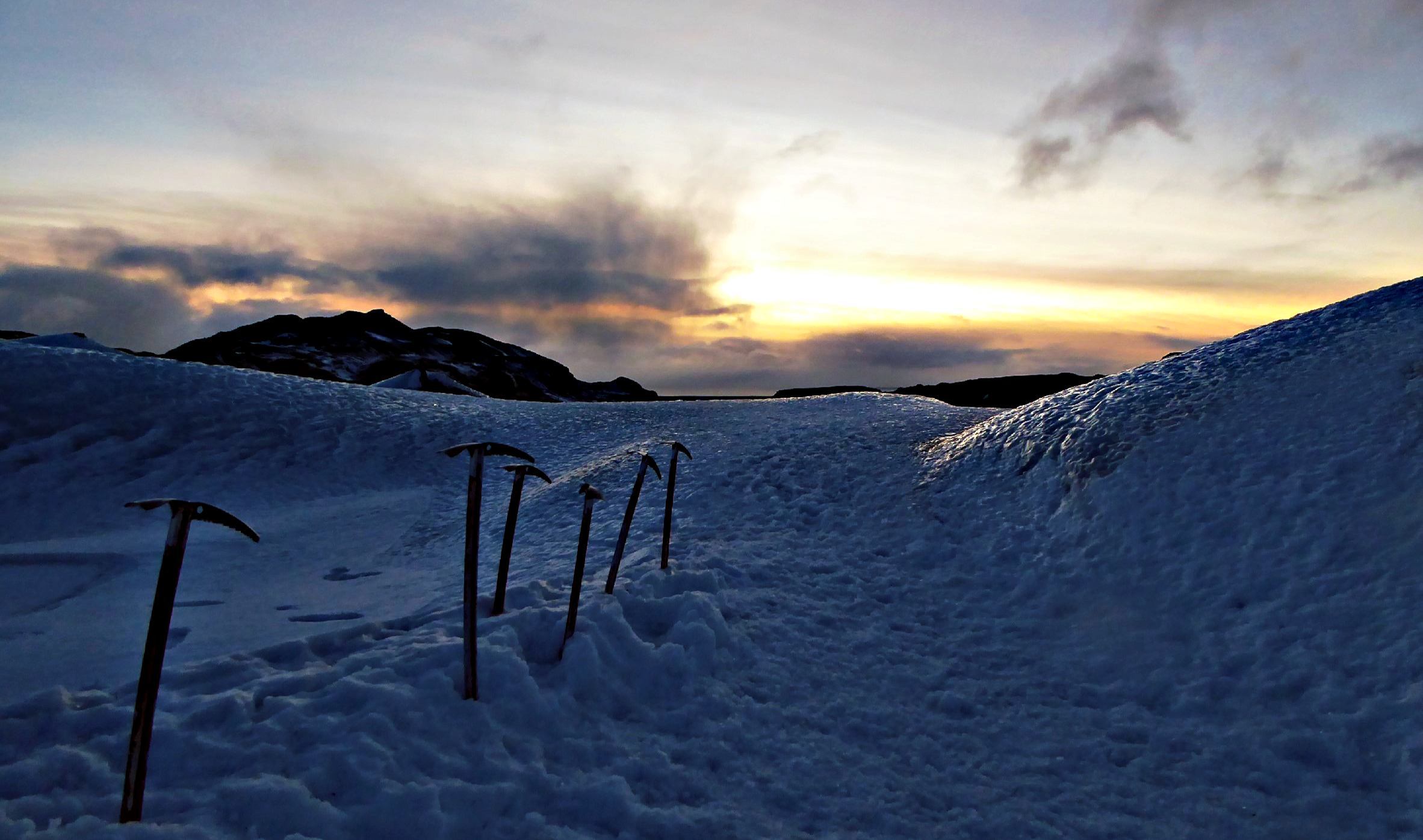 Picture taken on the Solheimajokull Gletsjer

We didn’t got to see it. Because time passed and it was really getting late the guide took us some where else. He had an alternative…it was a cave. If the lights showed in the meantime we obviously would go for that immediatly!

The entrance of the cave didn’t show because of the snow and after they digged it out we went in. It was a climb and slide for us and to get in safely we used a rope. I’m flexible and handy in climbing so I was down in a minute and started to help the others to come down safely. The part of the cave that was open for us wasn’t that big but showed some nice stones and they glittered 🙂

I didn’t got a nice picture of those glittering stones but it was a nice alternative!

Not the Northern Lights but a Cave: Raufarholshellir

The picture will give you an idea of the cave 🙂 It was the Raufarholshellir, it is 1350 metres deep and it was all stones and holes. We just walked a small bit and got a bit of an idea what kind of cave it was.

Because we didn’t saw the Northern Lights Arctic Adventures, where I booked this trip, offered some kind of garantuee. You can join another trip, and another trip as longs as you’re on the island to try to see the lights. So a couple of days later when I was back in Reykjavik I joined them again for a hunt.

This time they brought a big jeep with huge tires underneath it. With this kind of car they can drive in areas where normal cars can’t drive…so maybe get a better view once the Lights will show! We drove out of the city and went into the snowy landscape of Iceland for a couple of hours. It was dark, the moon was shining.. We were in different places but we didn’t had any luck unfortunately. 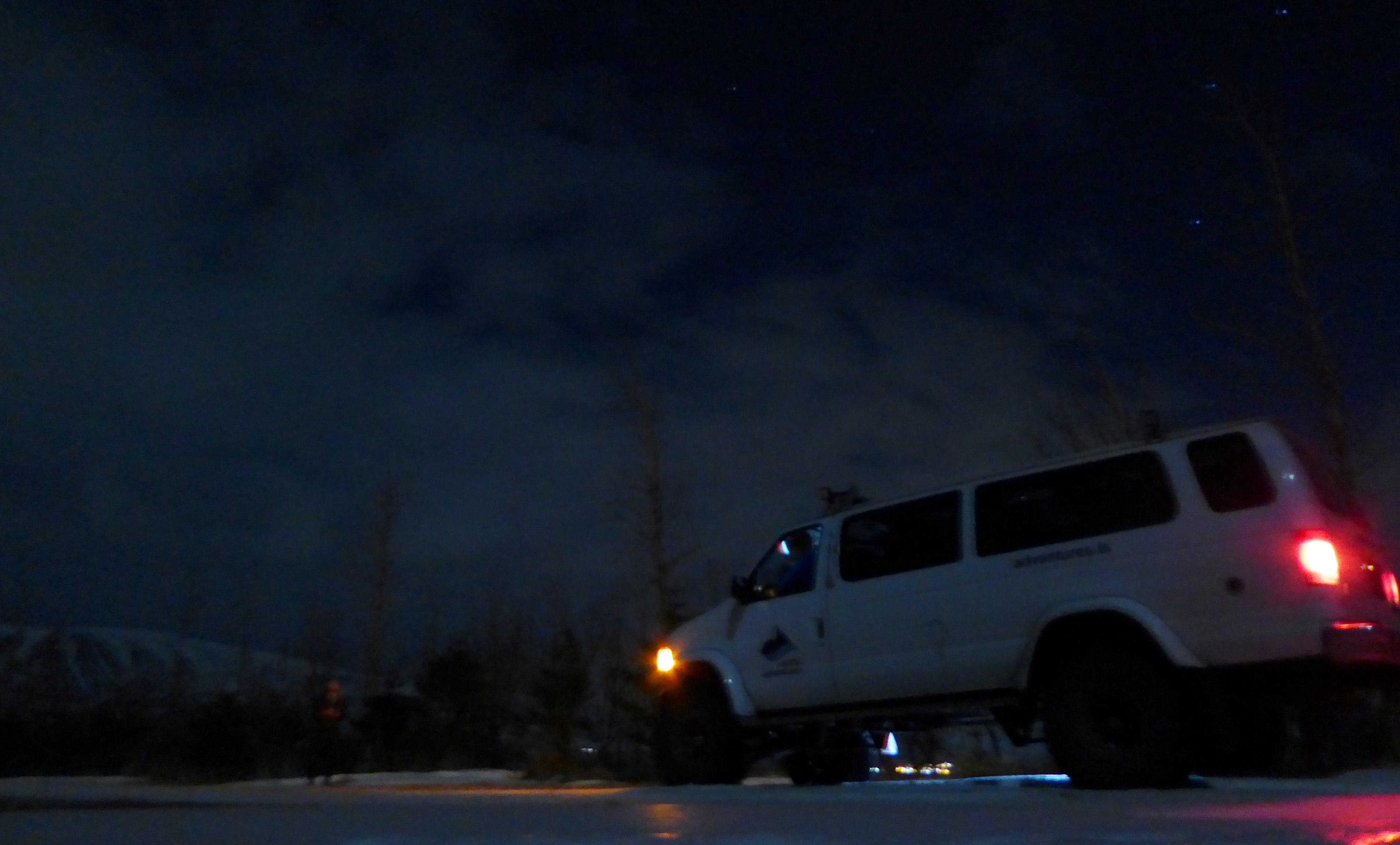 The Jeep with the huge tires!

Driving around outside the city at night you see people standing besides the road. Groups, couples and just some people standing alone and staring into the sky. The days that I was solo I traveled with my rented car and drove into the night in hope to see the Northern Lights ofcourse. Everywhere I stopped I talked with other travelers, they were in hope of seeing the lights too. Great conversations from all over the world. I love that too about traveling. Sharing stories and experiences.

I also saw cars that were off the road…. On parts that they shouldn’t be! They went in too deep in the snow. I think they weren’t paying attention at the road but were looking up to the sky. I stopped a couple of times to ask if they needed any help. They all had called for help and it was on the way 🙂

Do keep your eyes on the road and just stop at the many parkinglots there are along the roads in Iceland.

Do you want to know more about driving in an rented car in Iceland? Take a look at: Rent a Car in Iceland, Yes!

I really liked driving around and searching for the Lights… But I really feel sad I didn’t saw it.. 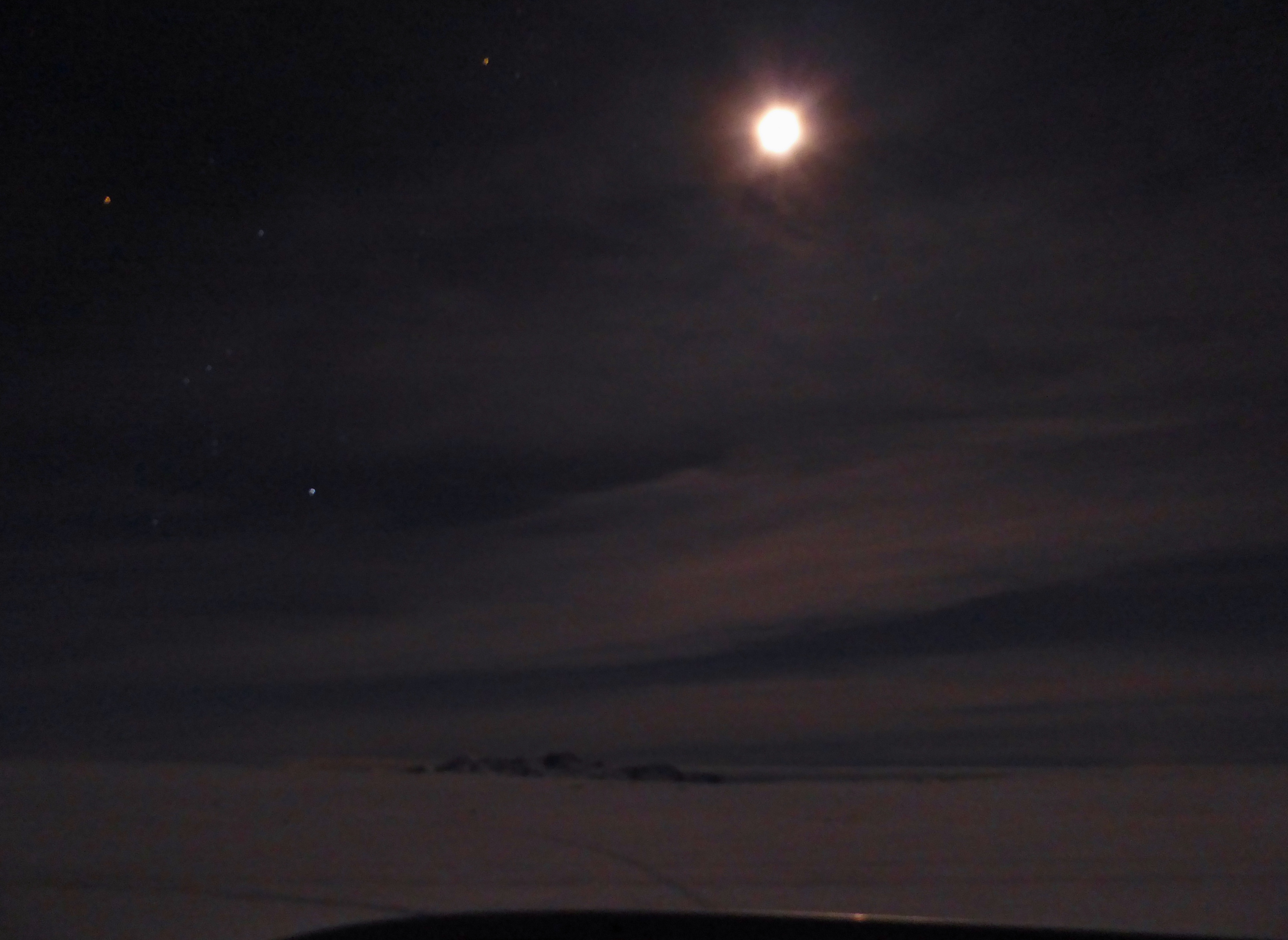 Well.. It is a good reason to say that I need to go back to Iceland in wintertime. I’m more the summer type…but I really liked it. Iceland wasn’t cold at all. It was around freezingpoint and the world was totally white, I really loved that experience! I had dressed for the occasion and it kept me warm all day! It was a great white landscape with all day through so much colours in the sky!

All day through it was like the sun was rising….setting….rising..setting..

That was just wonderful!!

If you are in Iceland and see the Northern Lights check these photography tips to make the best out of your trip! My pictures wouldn’t have turned out this great even if I had seen the lights.

Facts about the Northern Lights 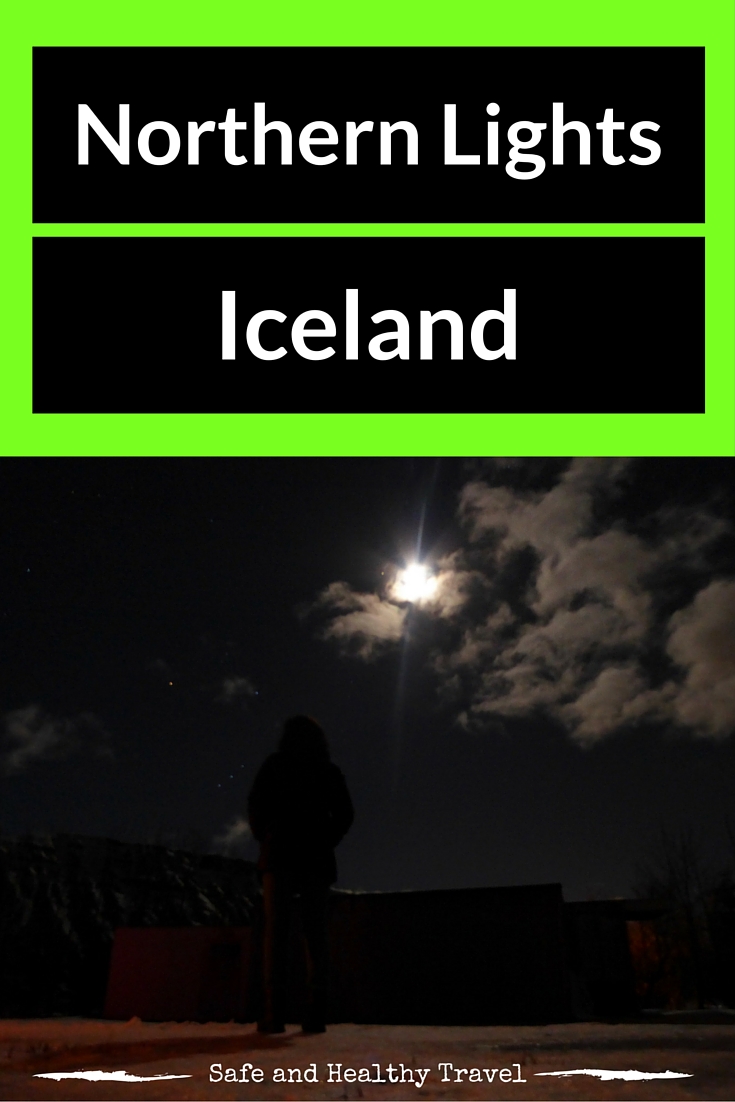 Read my previous posts about Iceland:

Bathing in a Snowy Landscape, Iceland in Wintertime

The Best Hamburger of Iceland

Rent a Car in Iceland? Yes!

Looking for another adventure?