Blogging and writing will make you think about what you do.

Last weekend there was an interview published in a local newspaper I gave a couple of weeks ago. Reading that interview made me realise once again why traveling makes me happy!! The same thing happened to me after the writing the blog 15 travel dillema’s or the interview that was published on Traveljunks, a dutch travelsite.

I just answer questions from the heart.  That’s where my passion is, I know what I want, I know why I like it so much.

Why traveling makes me happy!!

But still…when I read it again after a while and see again what I said and still think: That’s excatly how I feel, that why I love it so much. It gives you that great feeling of pure happiness!! 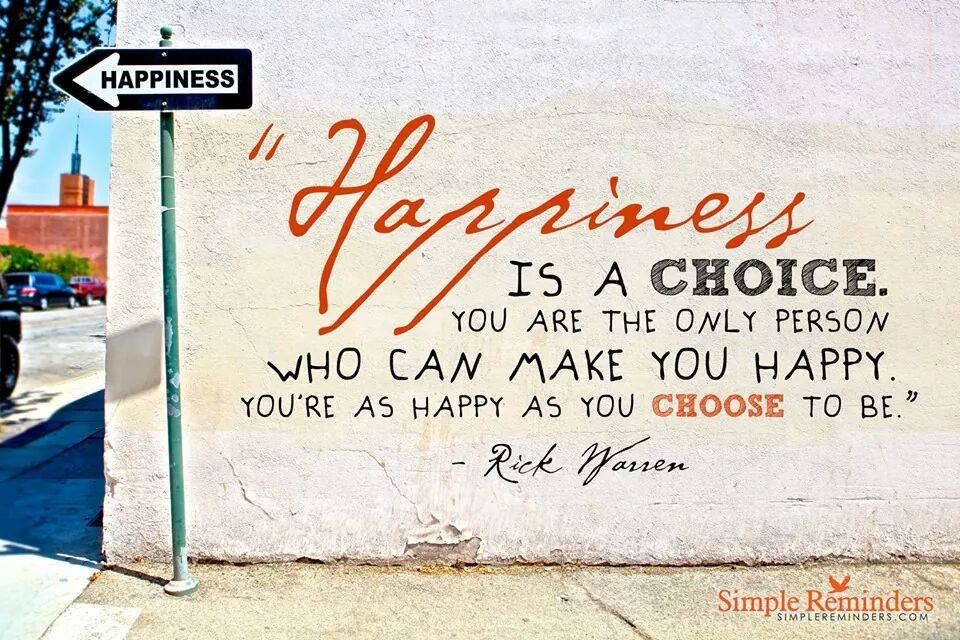 But what are those feelings exactly?

I can only summarize the moments.

was on my first trip on Halong Bay. My first solo travel and my first booked trip of 3 days and 2 nights. I went to my bed that night, on a boat in the bay and it was a full moon. I was laying in my bed and looked outside the window and saw the famous rocks in the bay and several boats. That moment I was the luckiest girl in the world!! I knew that I made the best decision for me at that moment in my life!! 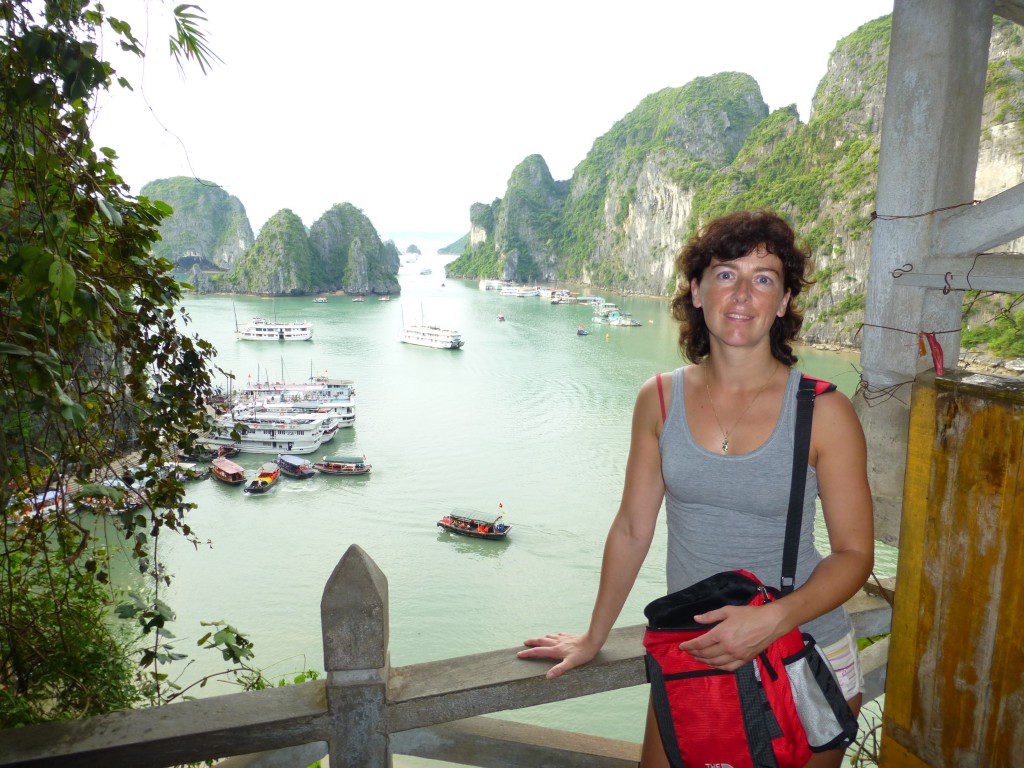 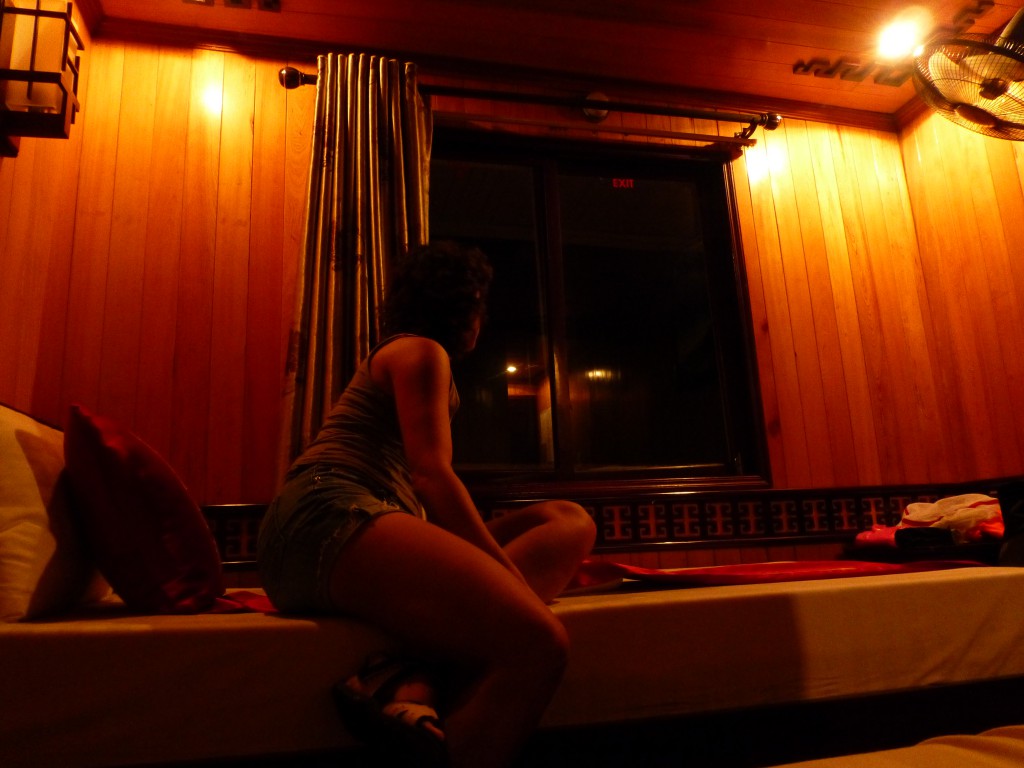 In bed that night I saw the stars, moon, boats and the rocks of Halong Bay

booked a resort in Cambodia after 3 weeks of hostels and guesthouses. I had several long trips and got a bit sick. I hadn’t drink enough water and because of that I had pain in my kidneys. The last hours of my bustrip was so bad, I couldn’t take the big holes in the road anymore. I had a splitting headache and my back was worse, it was in the worst condition of that travel at that point.

At that point I started to search the Lonely Planet for a good hotel. I found a resort, the Frangipani. It looked great!! In the middle of night I arrived in Siem Reap and got a tuktuk to this resort. They had a room for me!! It was heaven!! What a great and clean room. I slept like a baby after taking a shower and drinking a bouillon and some other drinks. In the morning I had a great breakfast and after I went to the great swimmingpool and the rest of the day I felt so great!!! 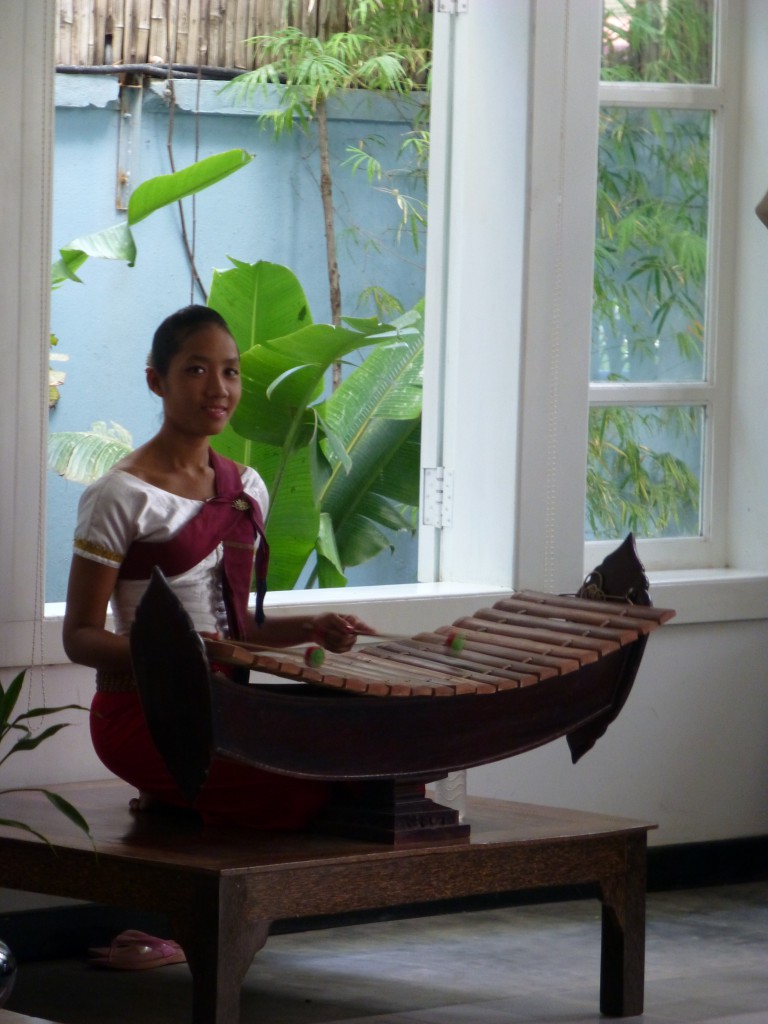 She was sitting in the lobby and played all afternoon So enjoyed this swimmingpool!!

was sick. I was already not good for a couple of days and spend a lot of time at the toilet but all of a sudden I also had to through up. That was it, I had to do something. I stayed at Hotel Brilliant at Inle Lake, Myanmar. They wanted me to bring to the doctor. The day before I got some local medicine but unfortunately it didn’t work. They brought me to their own doctor, what an adventure. But he had it figured out immediatly. I got a antibiotics. The family of Brilliant were great for me, the brought me tea, fruit and everything I needed. They were so sweet!!

Every other hour the came at my door to ask how I was, still sick, getting better?? Couldn’t get it any better!! The next day I was already better. And I thought I was up to a trip on the famous lake! They were still a little troubled and made sure that I didn’t eat anything heavy so they made me a lunch to bring with!! Rice and eggs!! How sweet is that!! 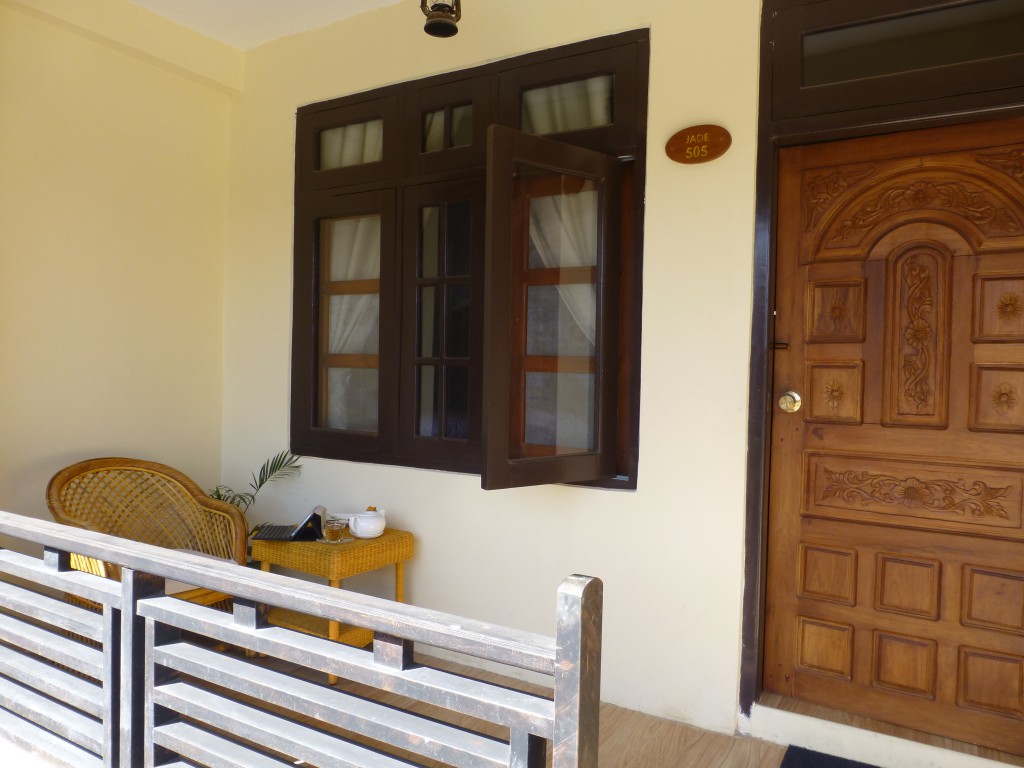 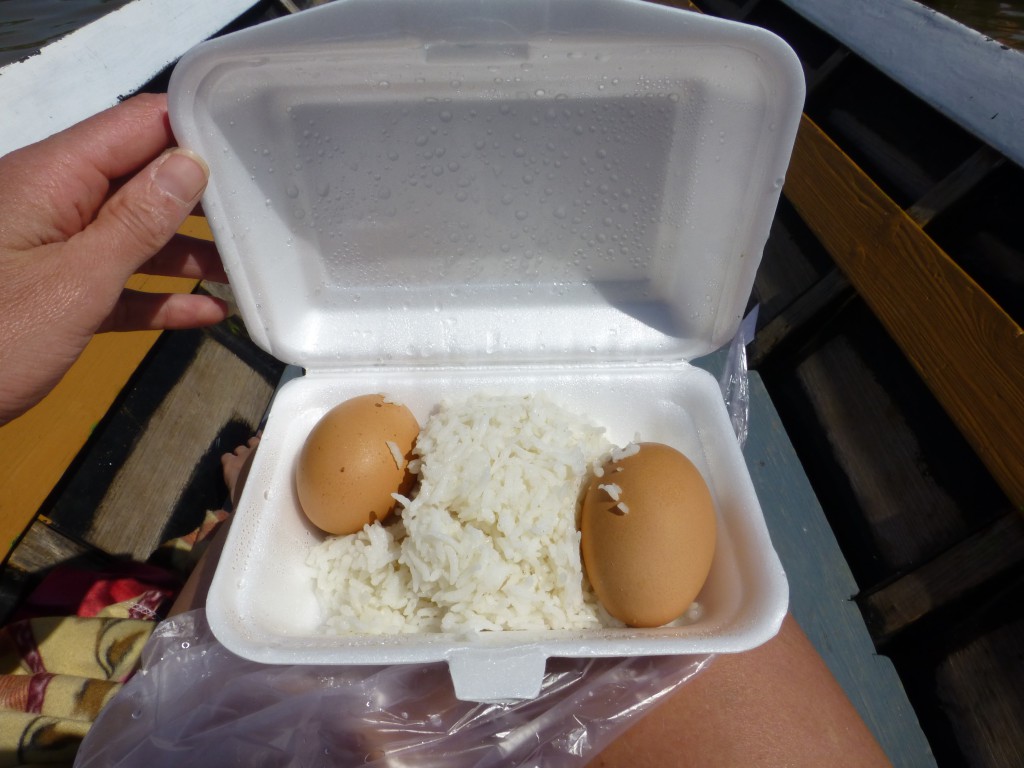 arrived at Bagan. I had booked the trip to Myanmar to go to Bagan so I had high expectations of this place. It was in the middle of the night that we arrived, I thought the bus would take till next morning but no, around 3 o’clock I arrived in New Bagan. I luckily had booked a resort,  that was my christmas present from the previous year :). I took a scootertaxi to the resort and was so surprised on my way there.

In the area between New and Old Bagan were temples light at night. So driving in the dark I suddenly saw my first temples!! I was so surprised and I felt so lucky!! You can not imagine the surprise and happiness I felt!! 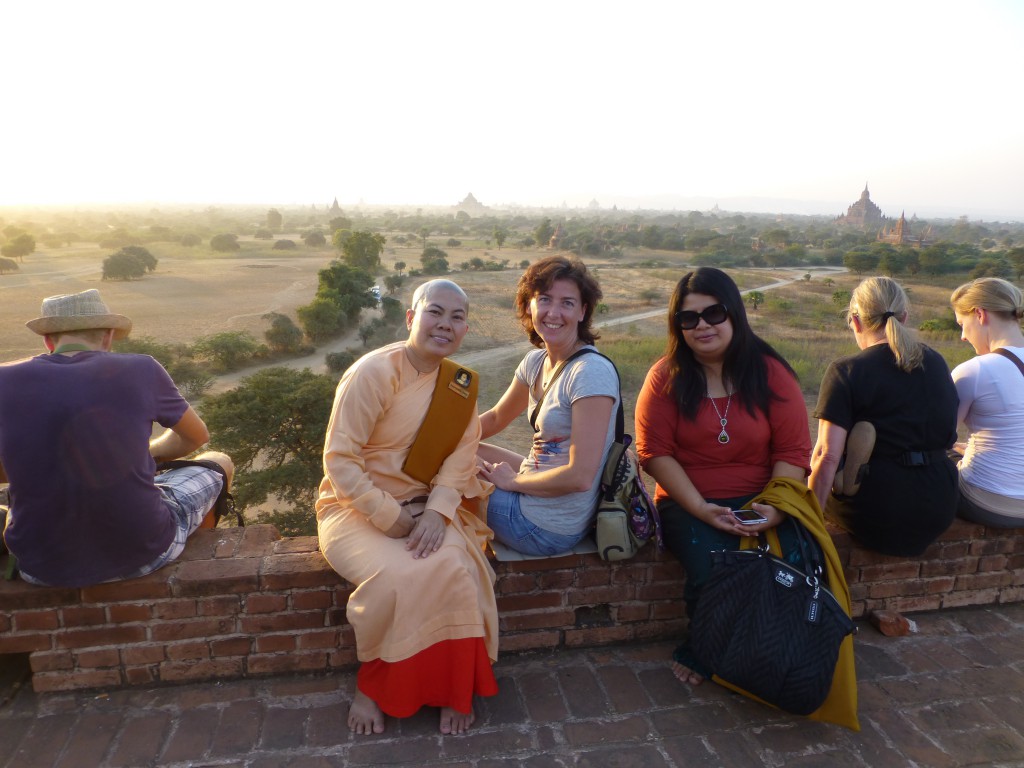 At the sunset in Bagan.

They wanted a picture with me….well I wanted one with them!! Great deal!! 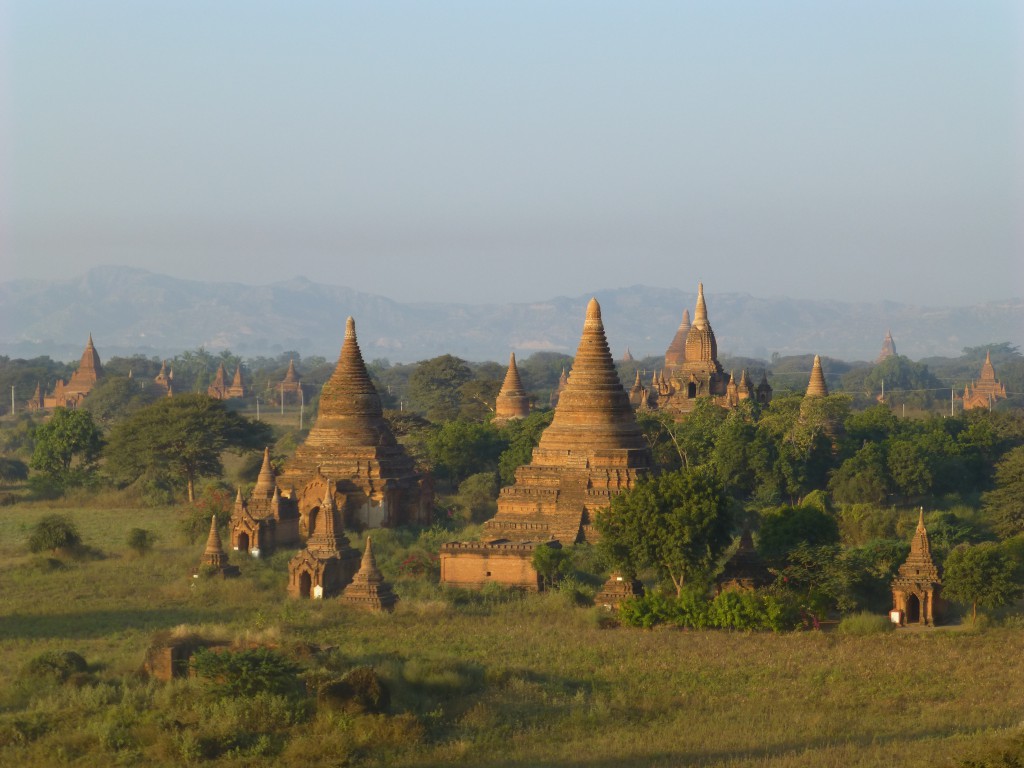 Such a great mystical place!

had my breakfast after a long nightbus at the guesthouse over looking the riceterraces. From Manila, The Philippines I  took a nightbus to Banaue to take a trip into the ancient old riceterraces. It was a long night in the bus. The road wasn’t that easy and sleeping wasn’t that easy with all the curves and holes in the road. After arriving at 6 o’clock in the morning I walked to the guesthouse of which I knew would arrange daytrips.

I could take one and in no time I had booked a really simple room for a couple of euro and sat down to take a sandwich and a coffee. When I looked up I had the best view ever!!! I looked at the ancient old riceterraces, was enjoying a cup of coffee and the sandwich tastes so great!!! 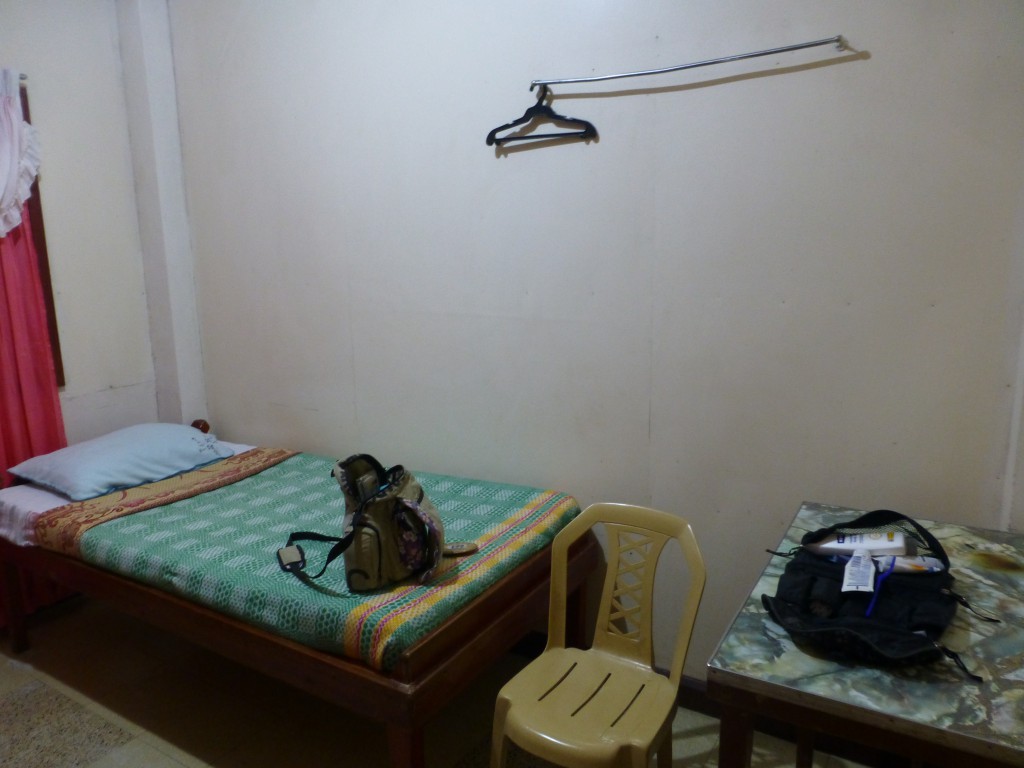 Room for which I paid 5 euro a night 🙂 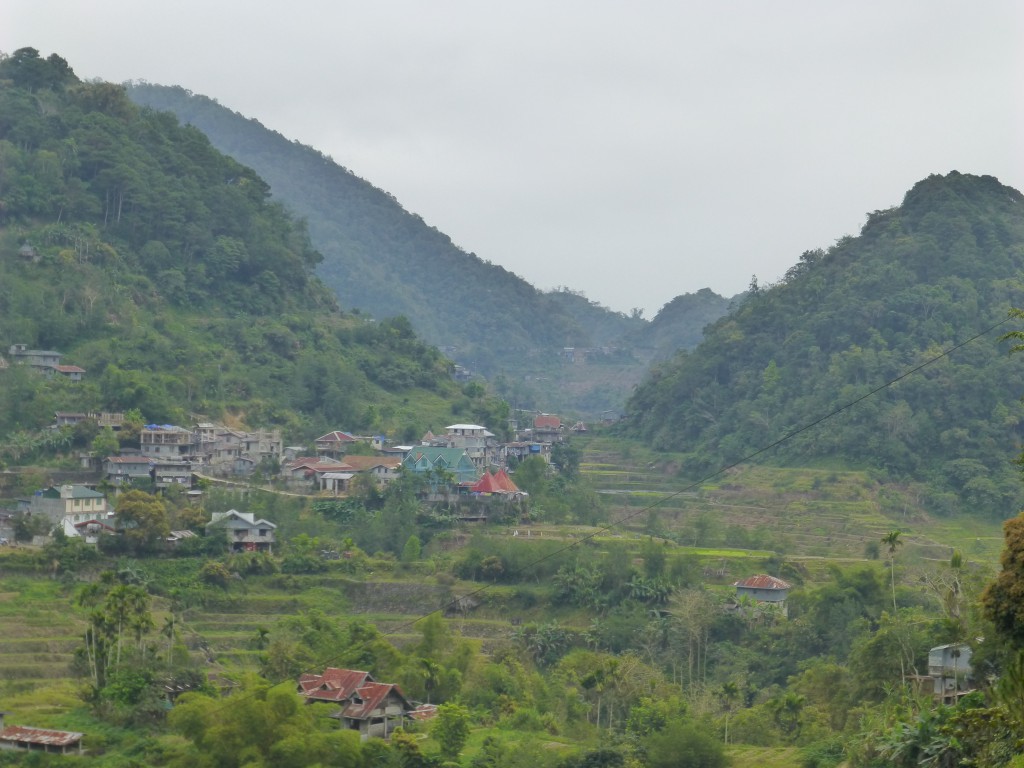 The view I had while eating that great sandwich

had to go to the toilet. We were driving from Vang Vieng to Luang Prabang and had a stop at this remote parkingplace. There was a restaurant but more near the VIP bus were a couple of public toilets so I went into that place. Most of the time they are not that clean and good but this one!!!

This one had the best view ever!! One side of the building had no wall, the toilets were facing that side too and…you were looking at the mountains and valley in front of you. How great is that!! 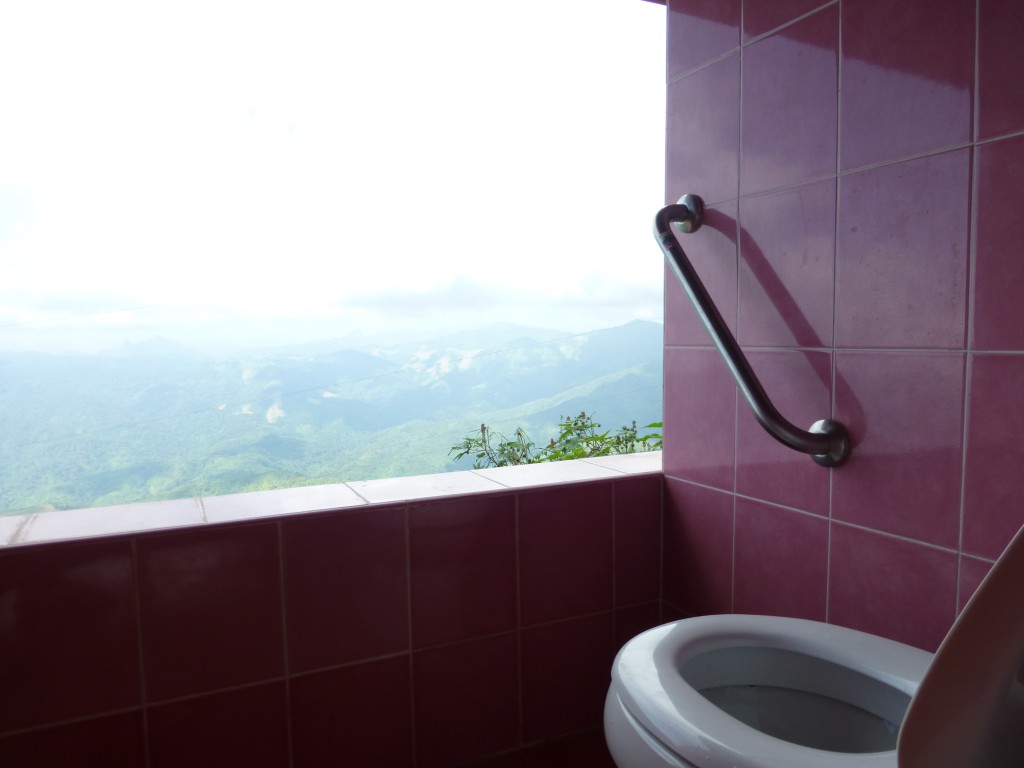 The best view ever!! 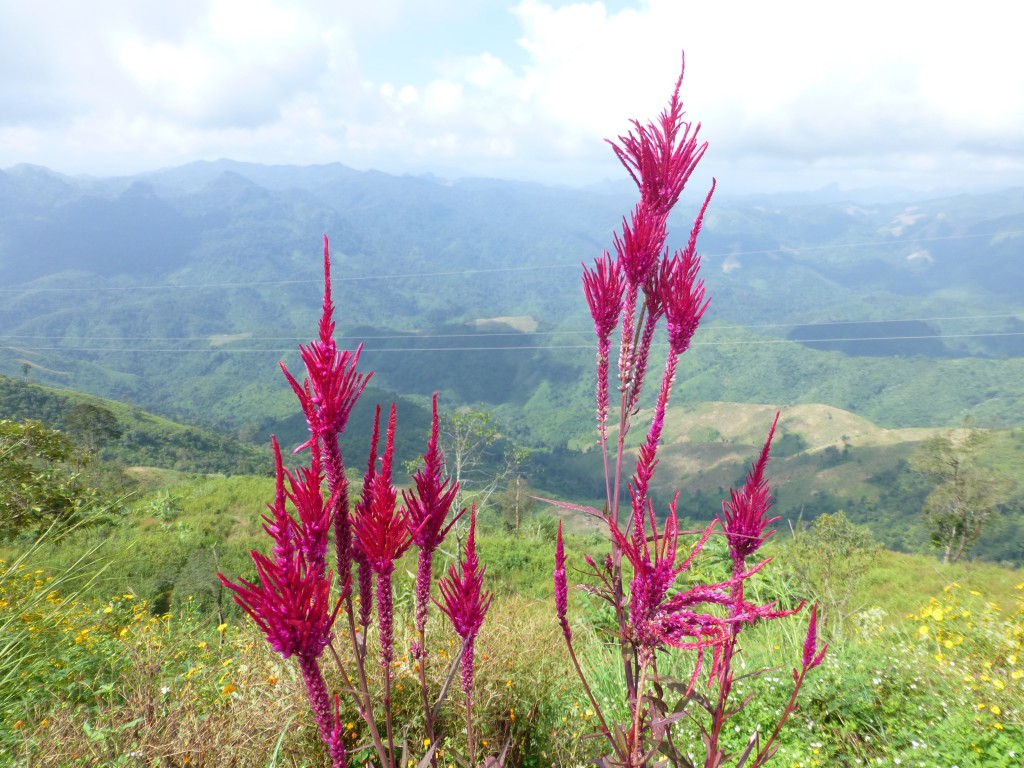 realised that I was swimming with Blacktip Reefsharks! I went to Pulau Payar for a snorkeltrip. At some point we were snorkeling with at least 300 people in a small bay. I thought that the fish would be gone in no time but they stayed. And it even got better!! At lunchtime the sharks came. At first I saw some small ones and I got back into the water. After a while this guy came at me, he asked if I wanted to go swim to the grouper. There was a big one near the jetty and it would be a great sight.

When we were there all of a sudden there were a couple of sharks surrounding us. They were just swimming there, they were at least 2 metres long. They were swimming slow and steady! It was a great experience!! 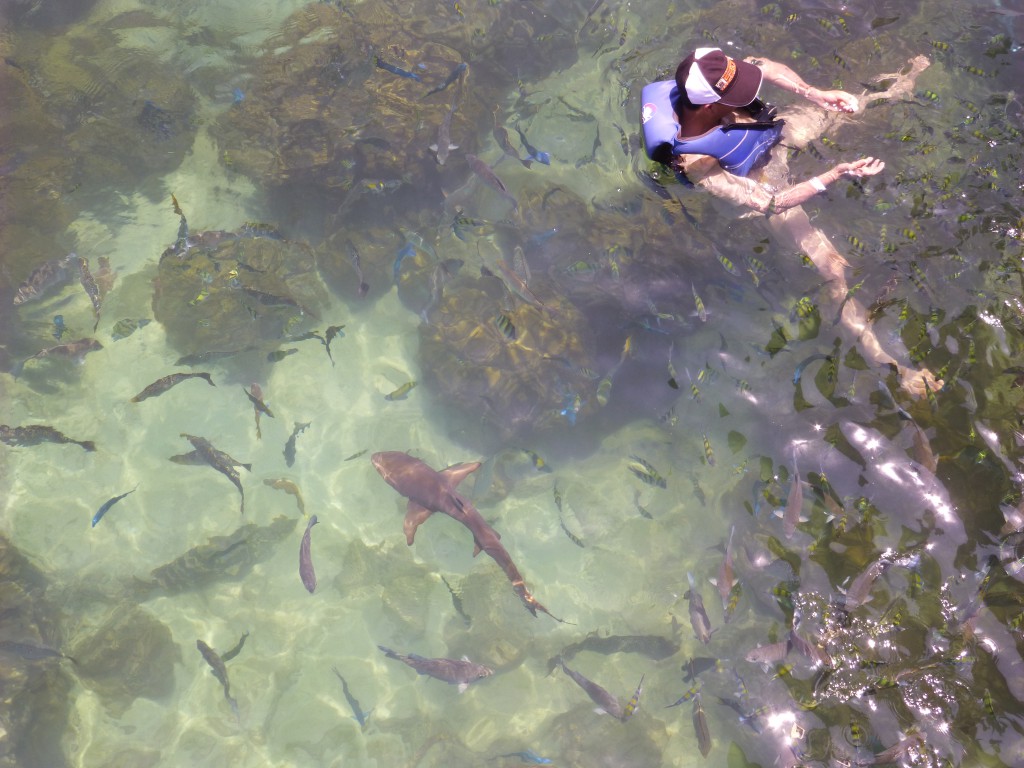 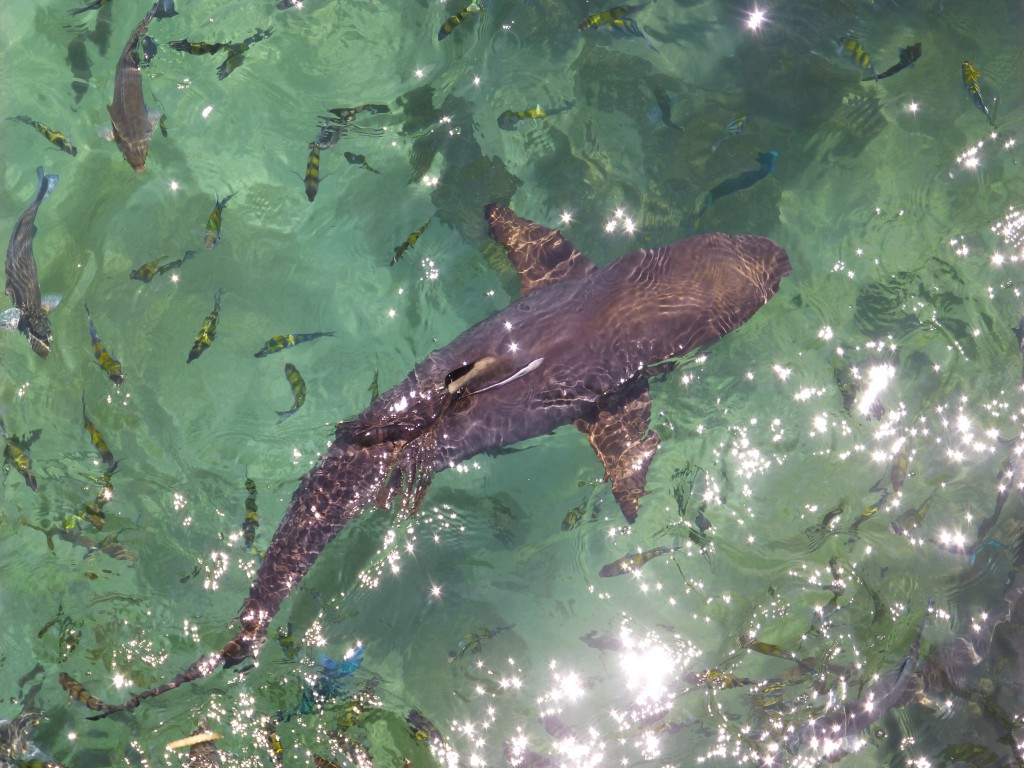 I can go on and on with moments of happiness, moments of feeling the luckiest woman on earth. So lucky to be able to experience all this!

When you travel there are euphorias but also moments that will make you desperate for a normal warm shower, a normal toilet. A normal, descent chair to sit on and not those plastic chairs. The standards from bakc home as in not to spit on the streets, through away your garbage everywhere. Just to need your personal space and not having a fellowpassenger almost sitting on your lap.

But still … those moments did made the best memories  🙂

sat in a bus for 22 hours. It was the bus from Hue, Vietnam to Vientane, Laos. A korean guy and I were the only tourist. We had the beds on the back of the bus. It was a sleeperbus, that was nice. But our beds, the last ones weren’t able to sit up right. At some point the music was starting to play and we realised that we were exactly underneath the speaker!! And that one was loud!! They played karaoke for a couple of hours and when it stopped I was so relieved, it was dark and I wanted to sleep. Within seconds the noice started again and this time it was stand up comedian. That guy could scream like crazy!! And everybody liked it!! Sometimes the woman in front of me looked at me and laughed….

I do love the memory….but hated it at the moment!! 🙂 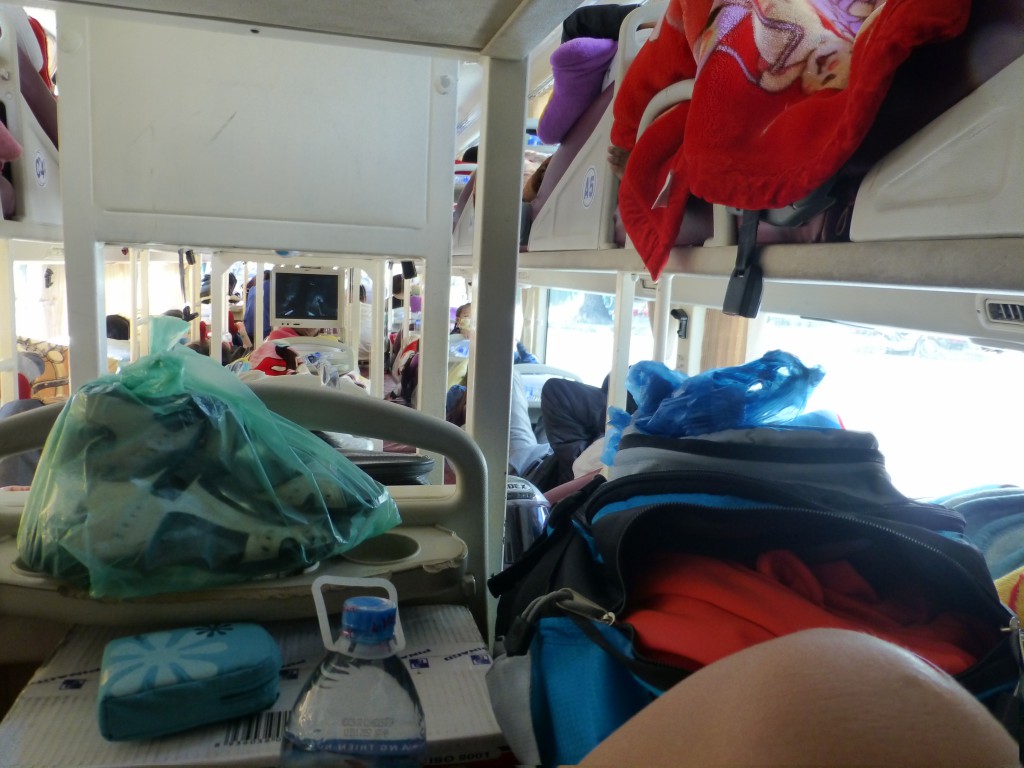 Not much space for us 🙂 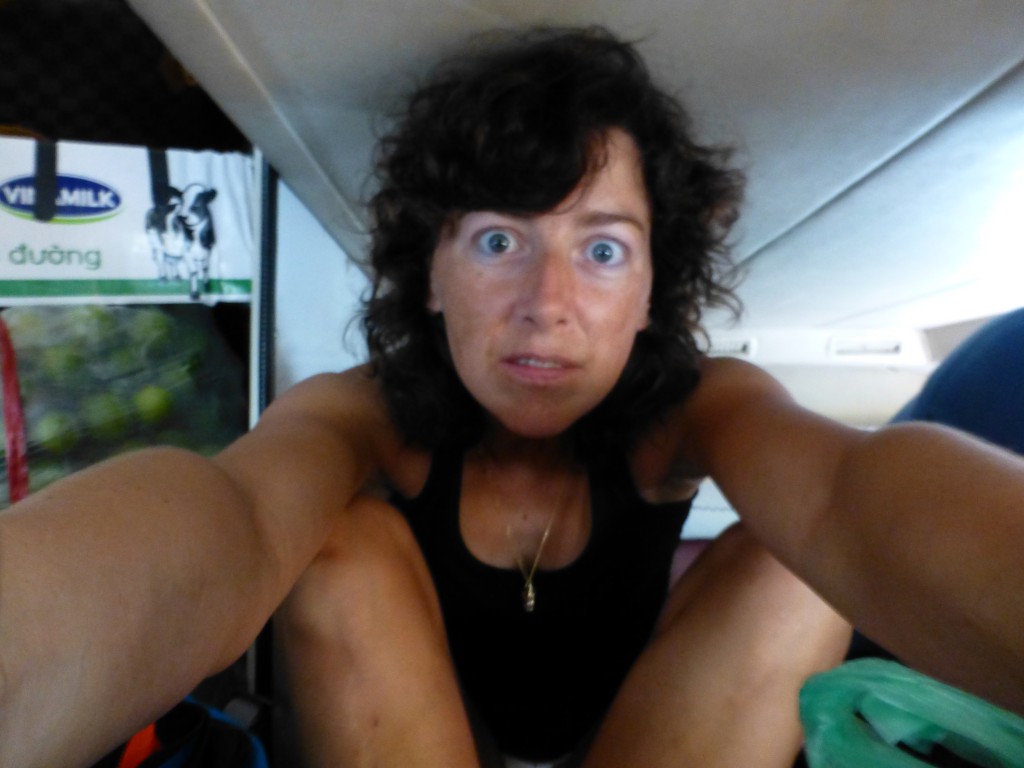 The other picture I took was worse…. 😉 I didn’t like this moment…

started to work as a volunteer at a project. I came there and was ready to work hard and long hours for the good cause. It was a dissapointment to find out that the other volunteers didn’t work that much. The leader didn’t push because….it is voluntairily and what you will do is great! At first I was aggitated by it but after a while I realised that I was there for me, I did it to make me feel good and do good for the project. That worked out great!! I accomplished a lot and felt good about it!! Working at the Juara Turtle project! 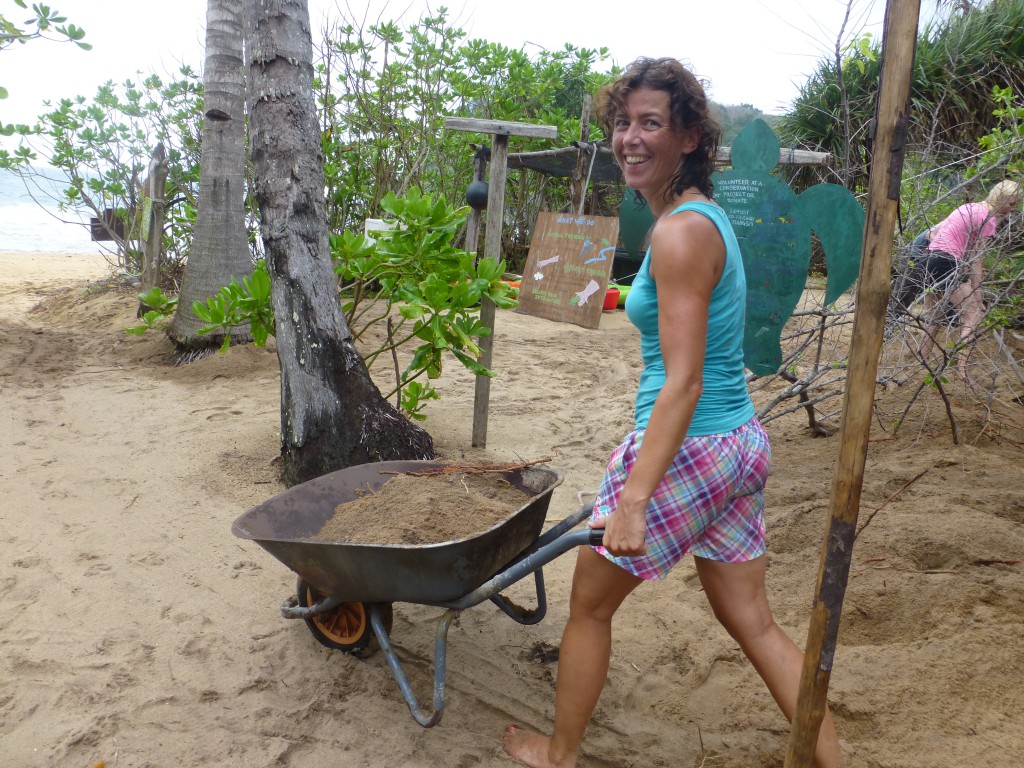 Did my best and felt great after a while!

Why Traveling makes me Happy!!