As I traveled through Vietnam I enjoyed all kinds of trips. But scared as I was to get hurt and still needed to travel for a long time I took this trip in almost de last week of my two months travel.
And I’m very happy that I finally did!! 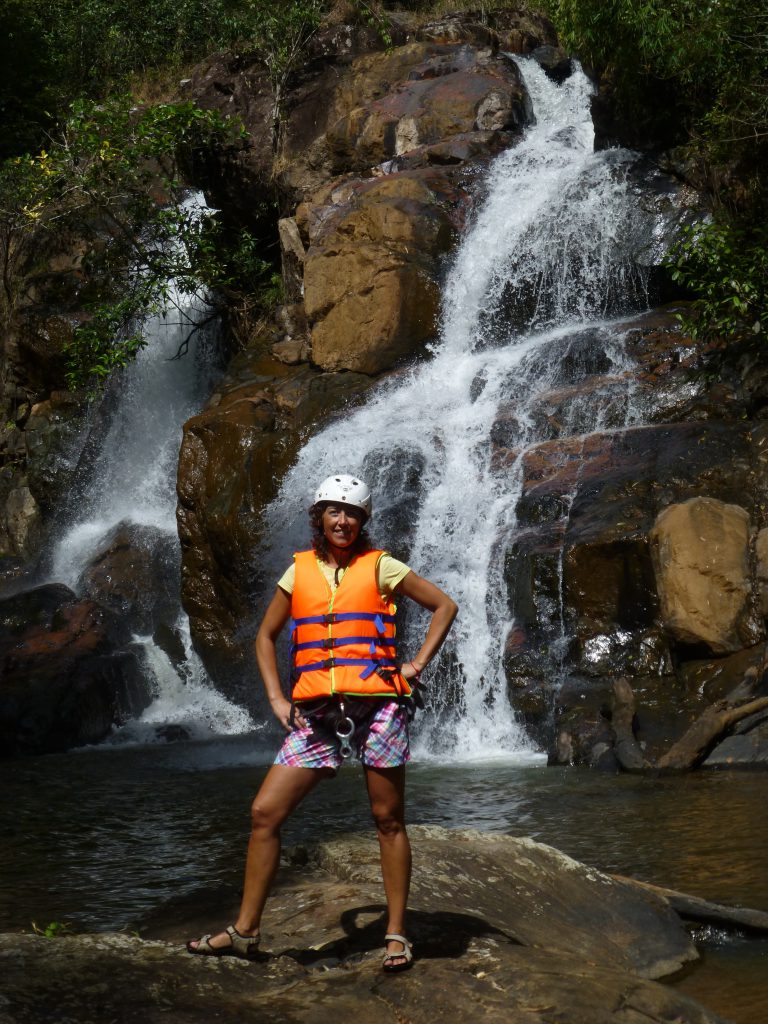 The town of Da Lạt, Vietnam

I went to Dalat up in the hills of Vietnam. Đà Lat is the capitol of the province Lâm Đồng and is located in the highlands of Vietnam. The city has an altitude of 1500 metres above sealevel. Đà Lạt has many tourists because of the cooler climate and its surroundings. Da Lạt is known for her wine, flowers and vegetables. A tourist attraction is the cableway in the mountains around Da Lat, Vietnam.

The streets of Dalat, Vietnam 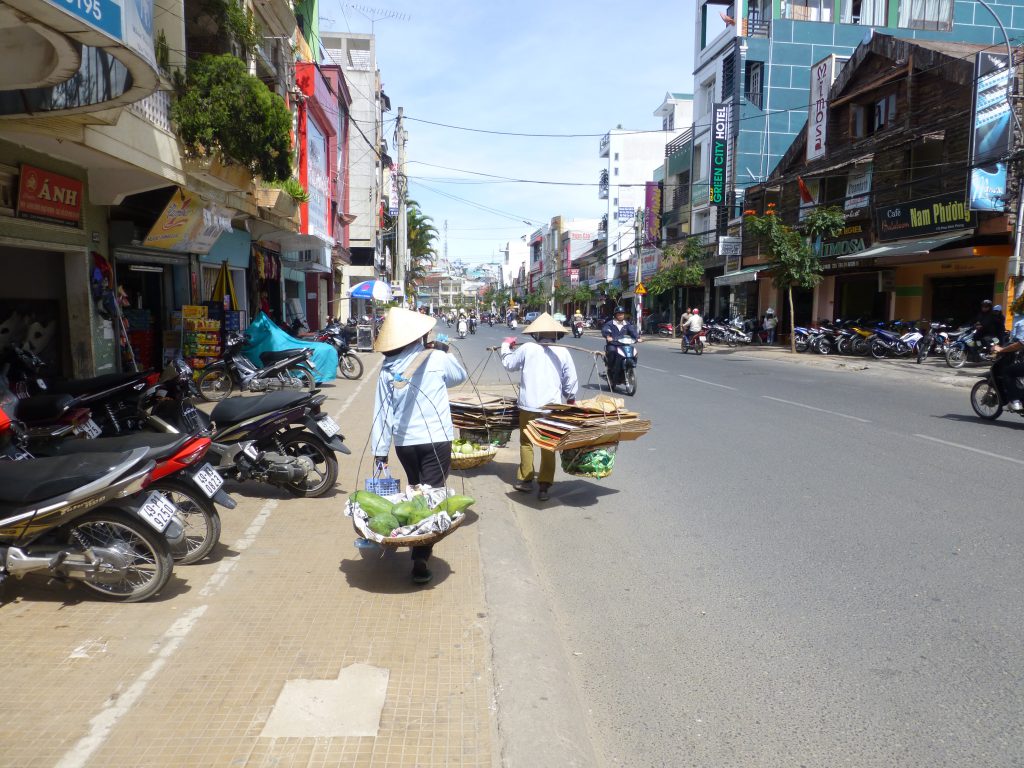 The streets of Dalat 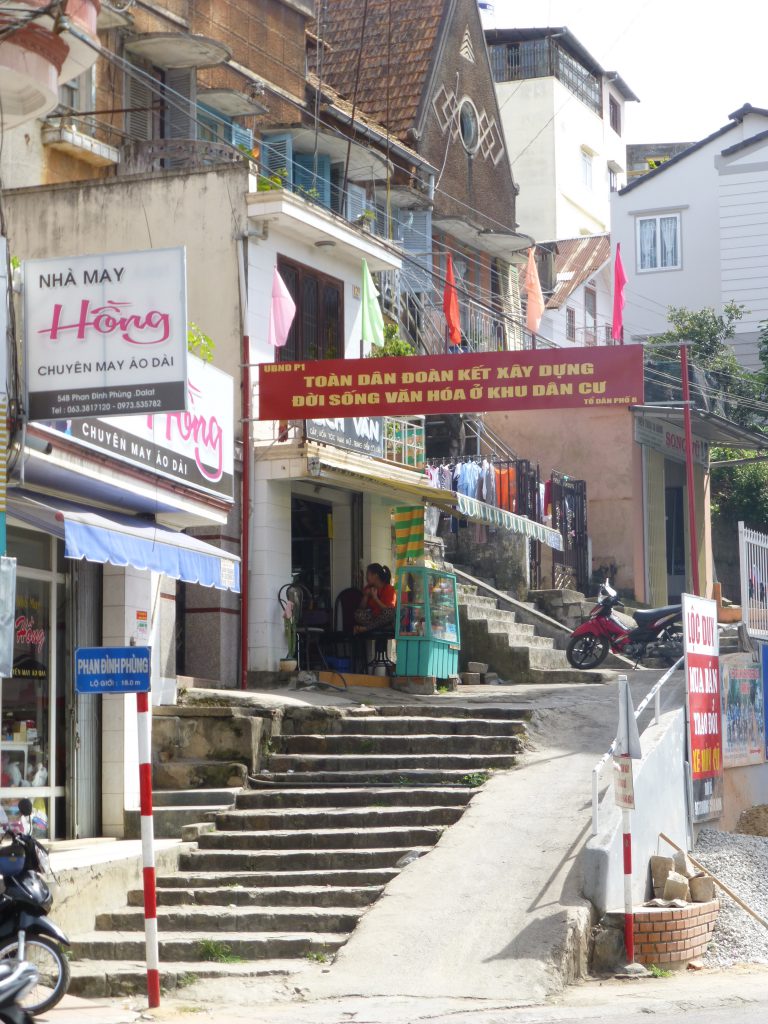 It is a nice little town. The centre of the city has some nice shops and restaurants. When you go down to the lake you’ll enter a market. It is quite big and has an outside area and inside part. I got some great healthy sweets there, great for the busdrive again the next day to Na Thrang.

Booking a trip for the day – Dalat, Vietnam

That night I booked a trip. My travelagency in Ho Chi Minh City had adviced me to do a trip in the area of Dalat because of the winefields and flowers. I went to the agency next door to my cheap guesthouse and saw that they offered Canyoning. They had some great pictures from people having fun sliding down a waterfall and descending on a rope down a waterfall. It looked great and I could use a challenge and some adventure!!

It was kind of chilly at that time… I had been in 30-40 degrees for a couple of weeks and I saw the temperature had dropped to 19 degrees.. Haha!!

They told me that during the day the temperature was good for this kind of a trip. So I booked!!!

The next morning I was early at the travelagency. I was eager to start. I sat down at the door and waited in the sun.The totalcount of the group was 6, so  a nice small group. Take notice of the fact that you need to wear gymshoes or open sandals because of the waterfalls you would loose your shoes or flipflops. 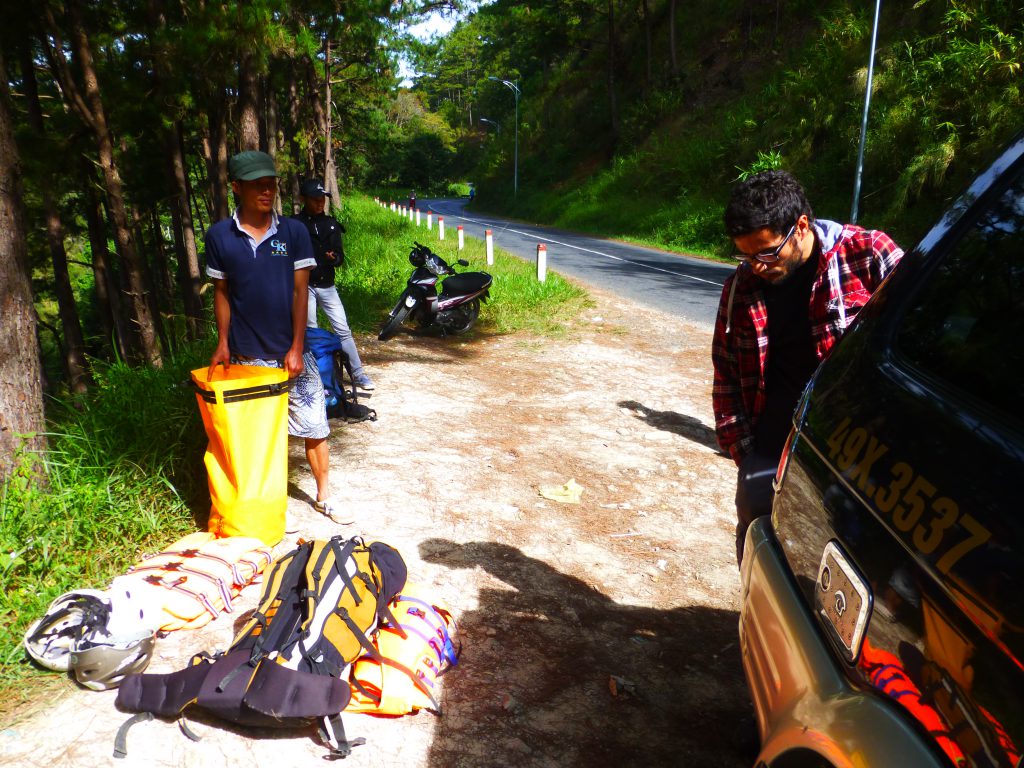 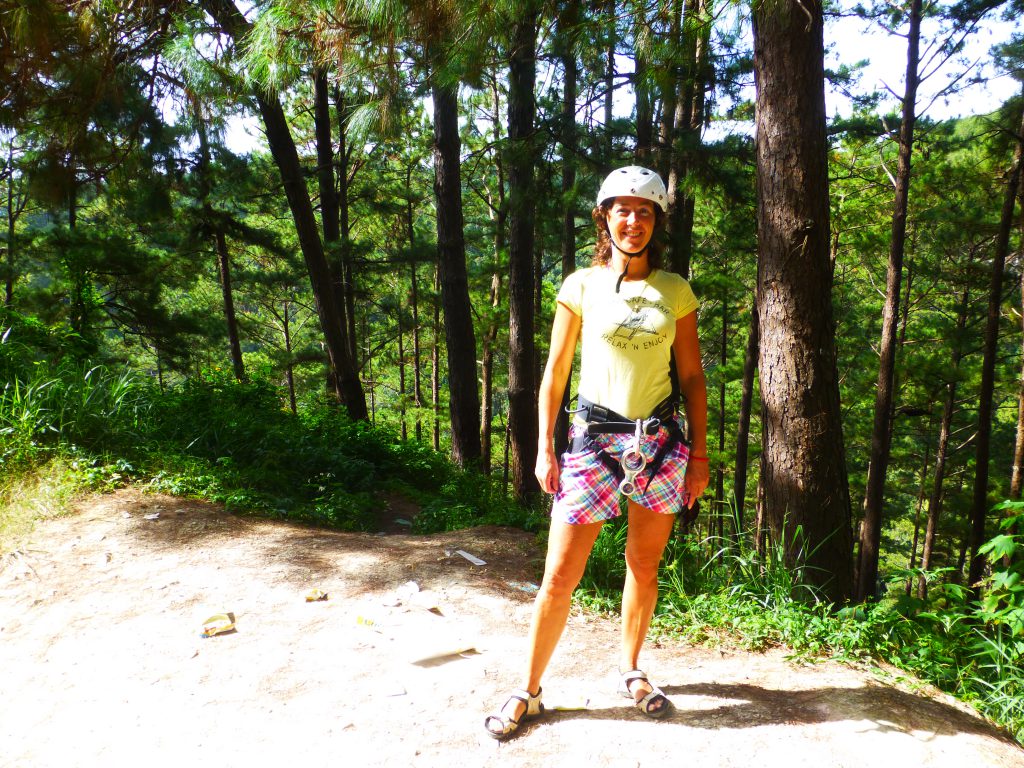 They teach you how you need to secure yourself to the rope. The showed us some knots and told us what to use and when. First we did a short descent from a hill, after that first one we had the feeling in our body and felt safe with the leaders of that day 🙂

It all was very professional. I did some declining at home and they used the same technices and ropes so that felt good! 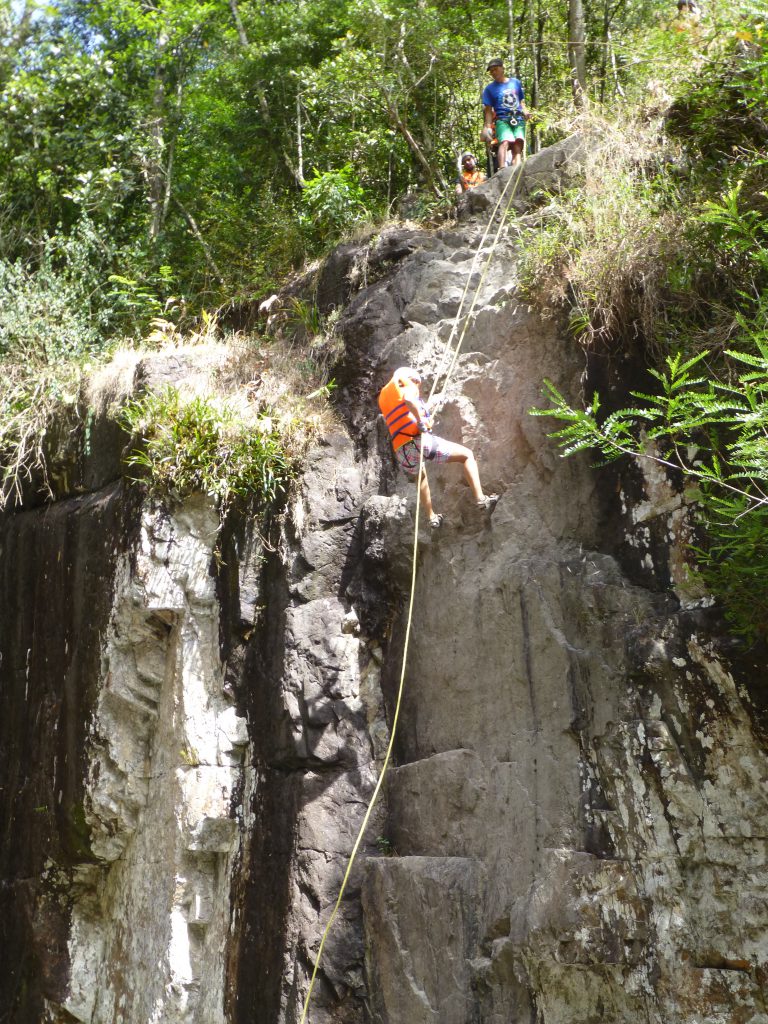 The instructors were two men. Those were the first real sportive vietnamese men I saw that, in my eyes, were actractive. They had muscles and were manly. That is not something I couldn’t say about most men in Asia 🙂 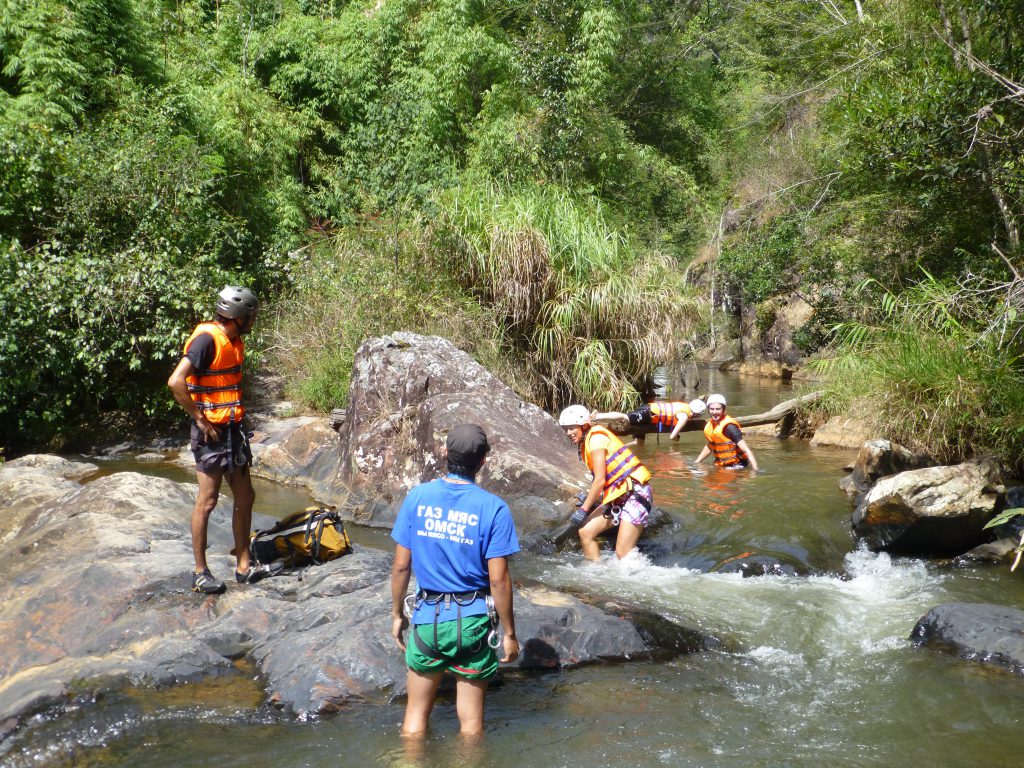 From the one place to another hiking through the beautiful landscape

We had to hike a couple of K before we got  to the first place. We went to a waterfall where you could slide down. The rock was smooth and you could slide down easily. The instructors of couse had figured out that it would be nice to go down a couple of times. The first time feet first, the second time you needed to go head first!! And the last time was with another person.

I went down sitting, lying down and backwards!!

We had a great time over there!!! 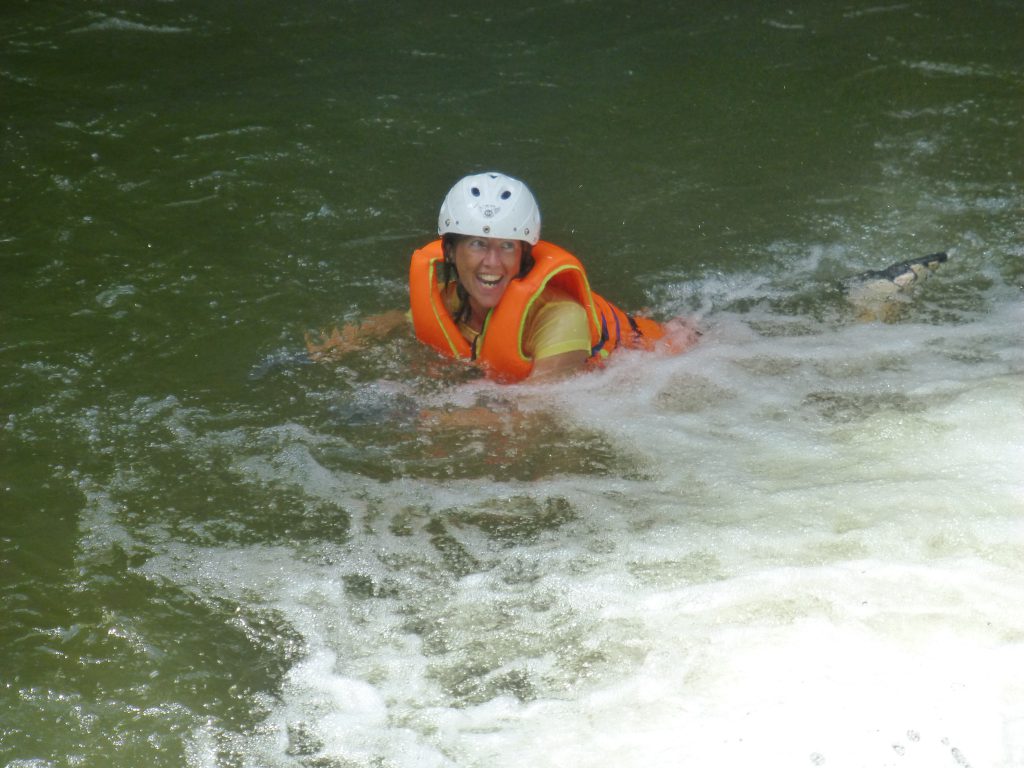 It was fun time in the water – Dalat, Vietnam 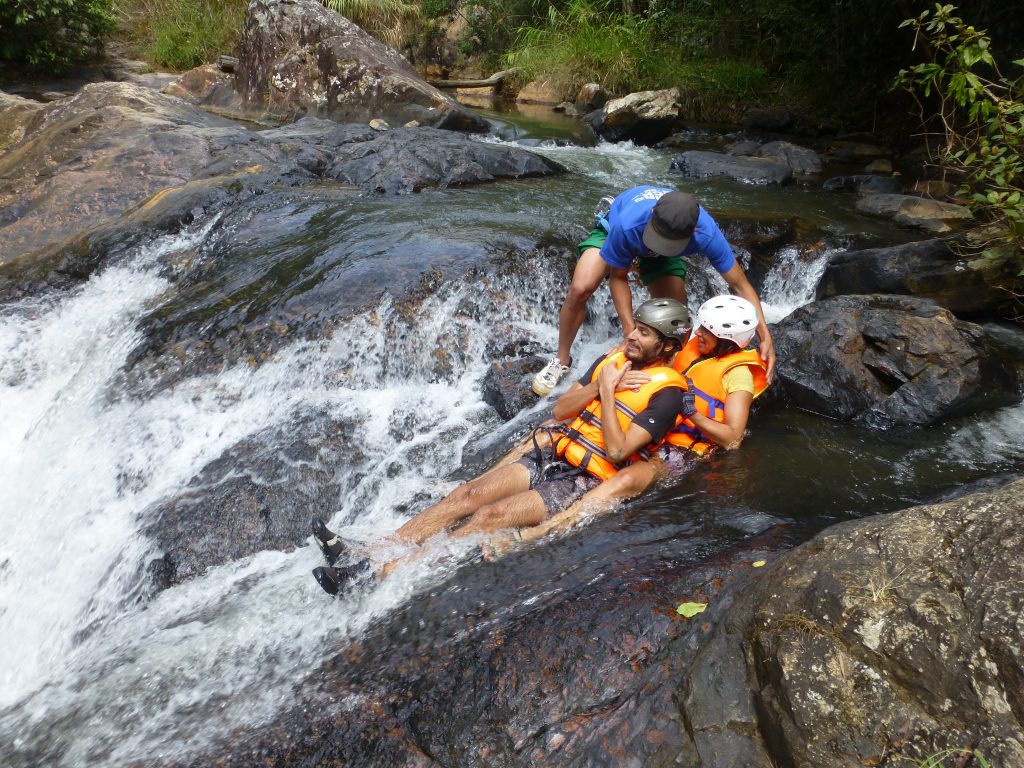 With a Spanish guy going down the waterfall In between we had a lunch at a waterfall side. They really provide a good and healthy/fresh lunch! The weather was real nice, as cold as it was the nigt before as nice it was during the day. The sun warmed us good and dried us up quickly after every dip in the water. 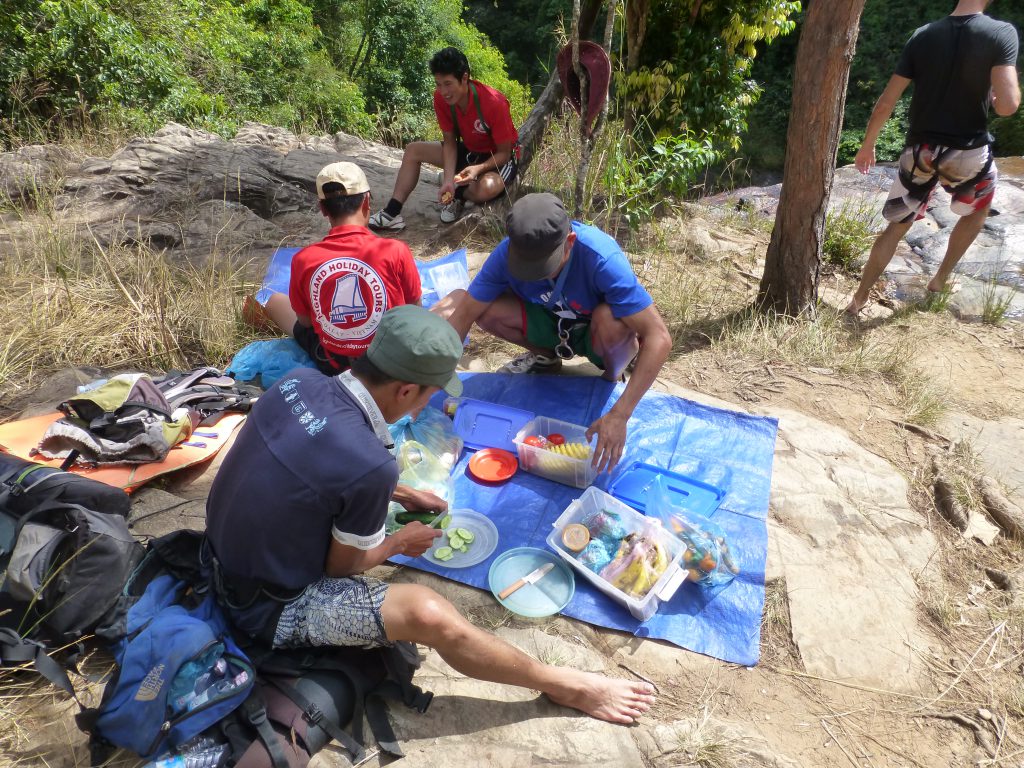 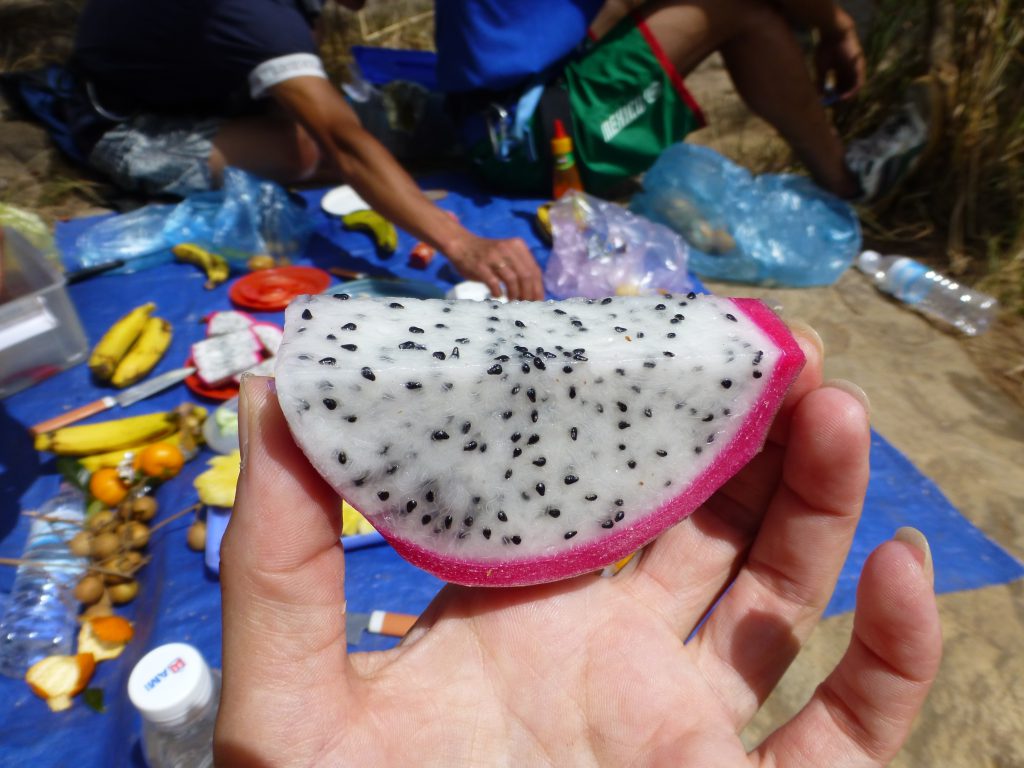 After that it was time to go down the waterfall. They explained that we will be descending  into the water. At the end of the rope we had to let go and swim to the side. I loved it.

At first you are kneedeep in water but when you go lower the waterfall start to splash in your face. At some point you can not see anything, just descend. Just trust that things are going as they should be going. When I entered the point that I was really hanging in the rope and could go down my trust was at the level of trusting 🙂 I wouldn’t fall down and didn’t slip yet… It would go right!!

If you look down it is so high!! 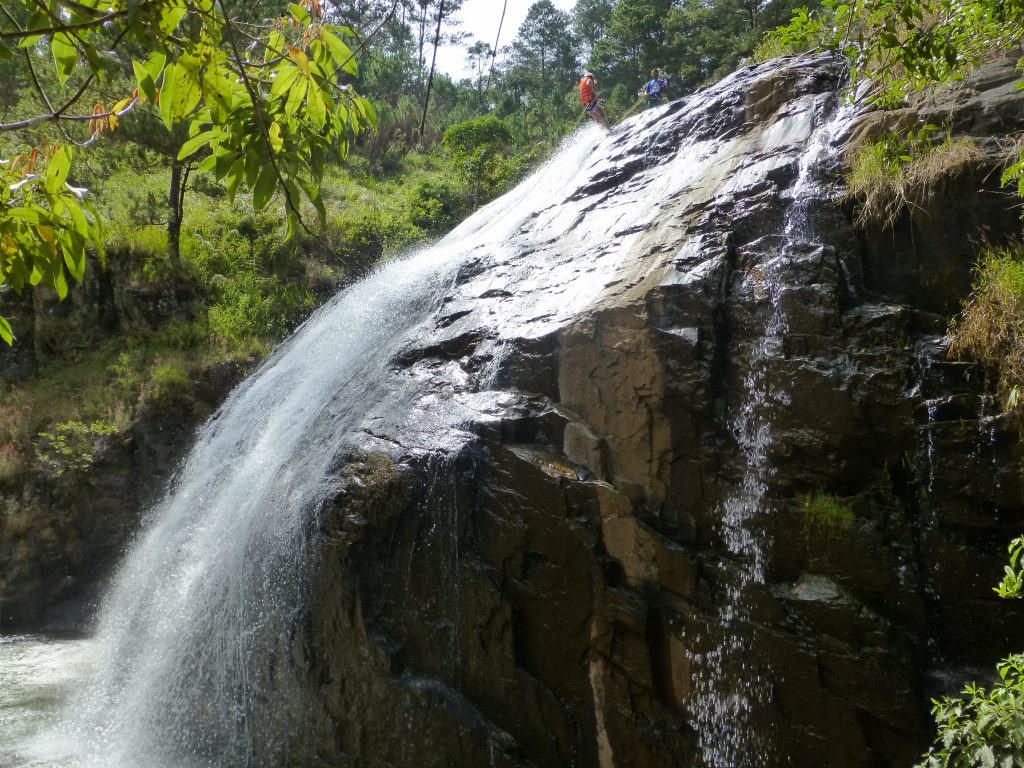 At this point I couldn’t see anyting anymore, water was splashing in my face and I was hanging in the rope. I went down step by step and got to love it more and more!! The water was less in my face and I could see where I was going! And all of a sudden you hear the instructor screaming that you need to  let go!!!

I looked down and saw it was really high still

I didn’t want to let go yet…

I didn’t want to but I had to trust them.. So slowly my mind let me do it and then I let go. I didn’t thought about it and just pushed myself of the rock and let go of the rope.. The last waterfall they had named the washingmachine.

We had to descend and  it was so steep that you hang in the rope at a certain point. And when you came to the water the rocks where so close to eachother the water was turning and twisting you around.  It was a challenge to swim to the side too. I loved it so I went down that one also two times 🙂 The last one was a jump from a rock, from 6 metres high. I hadn’t done that before and standing on that rock it surprised me how high it was! But I did it!! And I just realised that it was good to go for another jump also to get that fear out of your body!!

So I just went for another jump! It was such a good day, we had such a good time in the group. Almost everybody in the group had crossed a limit what he or she thought would never do!! For all of us it was a really good and challenging day!! And thank you guys for making all these great pictures!!

Places to remember in Dalat, Vietnam 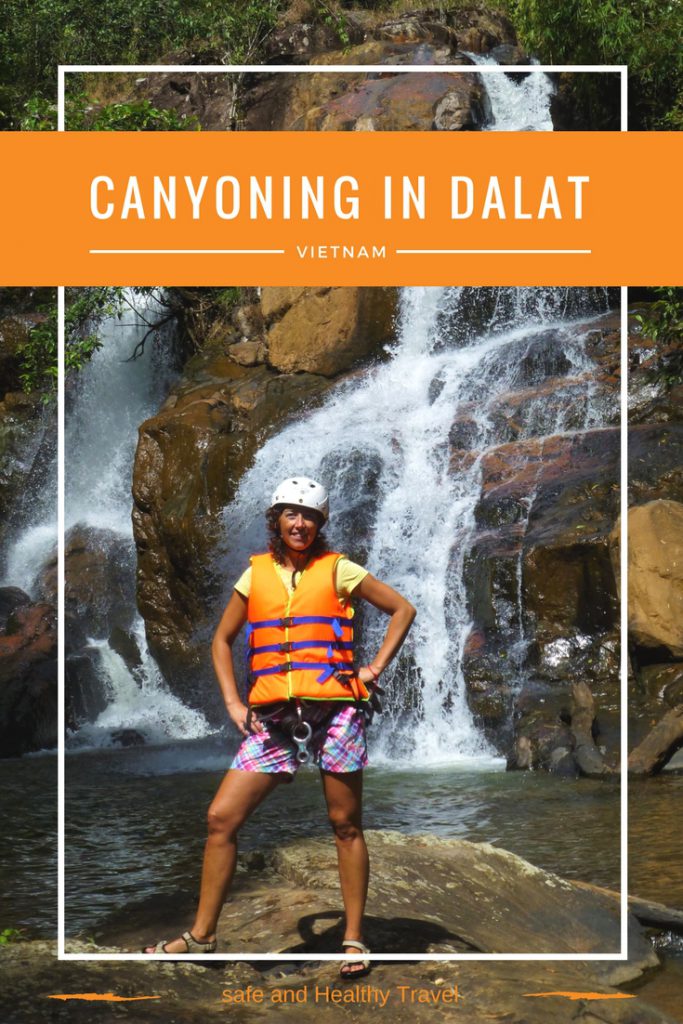 Do you want to read more about my adventures in Vietnam?

Cookingclass at the Red Bridge in Hoi An

The Fairy Stream and Sand Dunes at Mui  Ne

Or visit my Vietnam Page

Or can I inspire you to go hiking?