When you start preparing a trip to Cuba along the way you should make a desicion to book casas and stay local or go with the  gouvernment owned hotels .

I haven’t even given it a second thought.. ofcourse I would go local and stay in casas. Only…how could I get to a casa from my home.. I love to book at least one night up front!

I always want to spend my money at the local community, sometimes it is hard to get it right.. We all know that giving money to beggars isn’t the solution!! The best way is to spend your money local is to spend it on things you want to do anyway. This way you support locals and not the gouvernment.  Expecially in Cuba this is necessary because they are just starting to build their country and can use any help they can get!!

the streets of Cuba aren’t funded by the gouvernment? Yes…the highways are… and they are good. But the streets in the suburbs are build by the locals themself. That is why you see so many different kind of streets…one good…another one not so good. If you want to get water and construct that yourself too somebody will check that and after paying for all that yourself you have to start paying the gouvernment because now you can use water”

When I started to prepare my trip and searched for a casa I stumbled upon this site: HostelsClub.com So I could book my first casa already for my stay in Havana. I thought that it was easier to get the rest while I was there, they could probably help me or I could search for a casa being already in a village or city. 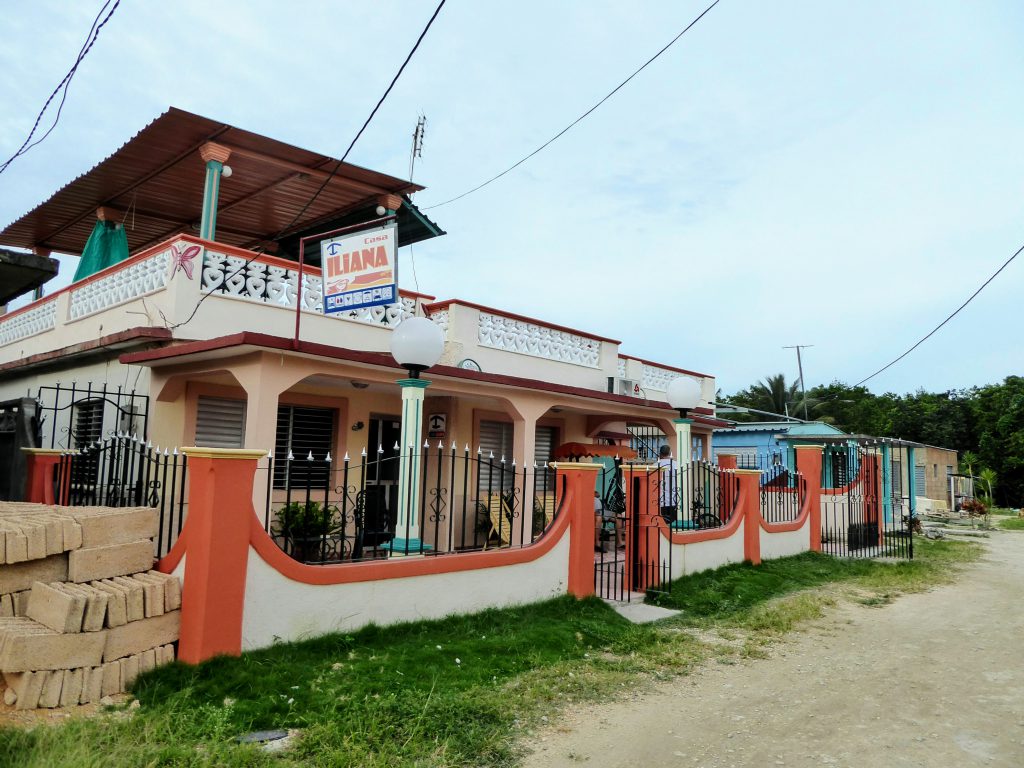 I could book all my casas through my first casa in Havana. It was great and I was happy doing it like this because…well internet is not wide available yet… and so looking at your next location is not done easily. The way to use the internet in Cuba is…buying a Etecsa WiFi card and going to the park 🙂

No WiFi in the Casa …

but in the public parks with Etecsa 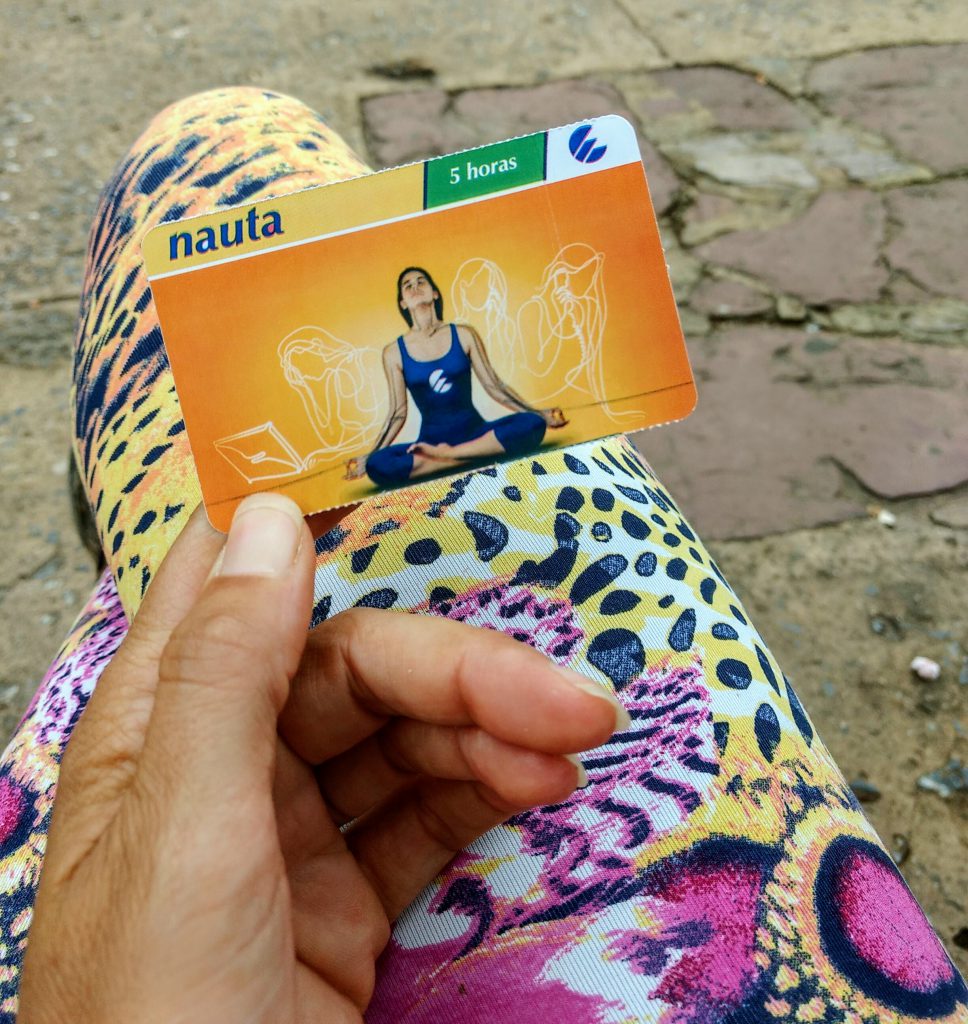 As you can see you get ‘Zen’ by using Internet… Well…in my case (Traveling solo) that is true sometimes!!

I loved all the casas that were booked for me! I really liked the way of supporting the locals like this. Everybody got a fair chance to earn money. Every casa has got their own adresses of casas they send people to. And from those casas they get costumers. They have their own tourist agency  like that in a small way. This works for them and for me as well!

I told Marta and Luis of my first casa in Havana what my plans were and they were immediatly prepared to make it into a logical route. I don’t know if it was easy and logical but hey…I wanted to go to these places and they made the best out of it. I went to Valle Vinales and the way there and back was the same… Also from Trinidad to Matanzas I went through Playa Larga again.. But that is just the way it is.. Only if you have more time and go to more places it is more logical. I wanted to do this and they made it happen 🙂 The views were great so even seeing it for the second time I liked it a lot!

All the casas knew I was probably coming. The day before leaving the host would call the next casa and give the information about my arrival, time and place. So if I wanted to change my plans it wouldn’t be a problem. You don’t loose any of the freedom you are used to but only get a plan and some free reservations! 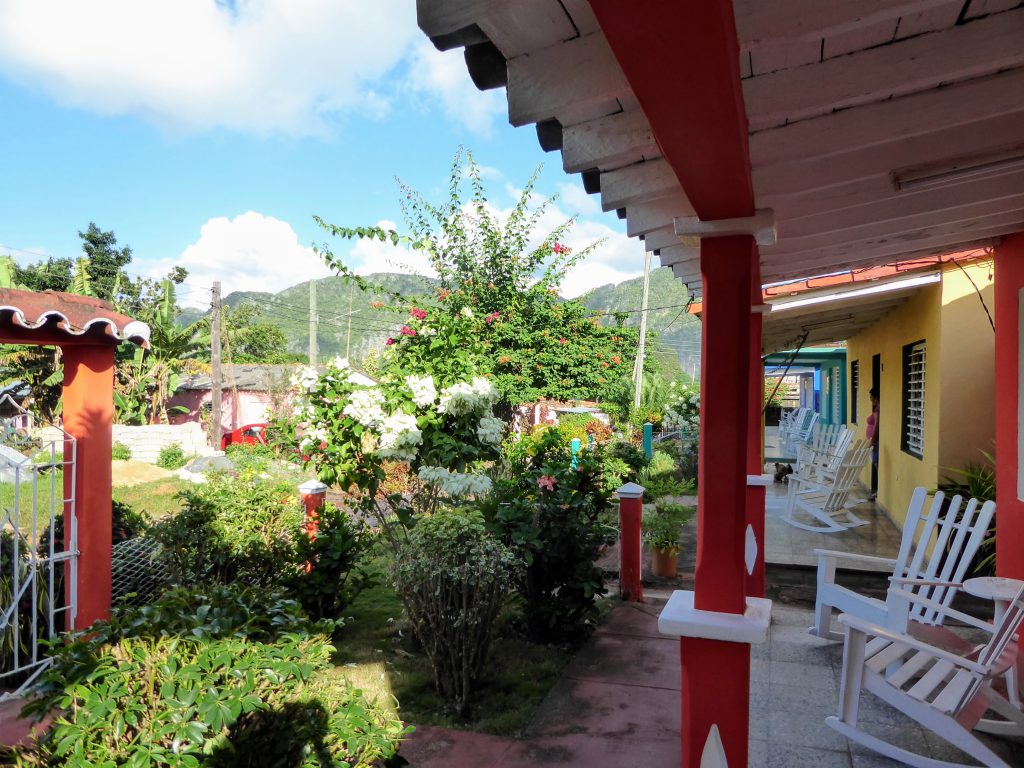 My porch at  Casa Cary in Valle de Vinales – Cuba

I must say that I really enjoyed the fact that everybody knew when I was coming. They could arrange a pick up for me and they made sure I made it to their casa. No hustle with other taxis or people that wants you at their casa.

Jineteros or Hustlers at Trinidad – Cuba

Especially in Trinidad it was bad. At the busstop they will wait for you… You get out of the bus and the first thing you see is… At least a dozen ‘jineteros’ standing on the street, as waiting for prey… They are becoming increasingly sophistocated. I read this in the Lonely  Planet already and exactly the same happened. A lady asked me where I needed to go and what my name was…Didn’t mentioned the casa name but did give her my name.. As quick as she was she remembered my name and said it a couple of times as to convince me that my name was on her sign…she was not carrying and could not show to me… Soon after I found my name on a sign at the real taxi arranged by my casa.

Be prepared for this because they will bring you to another casa!! 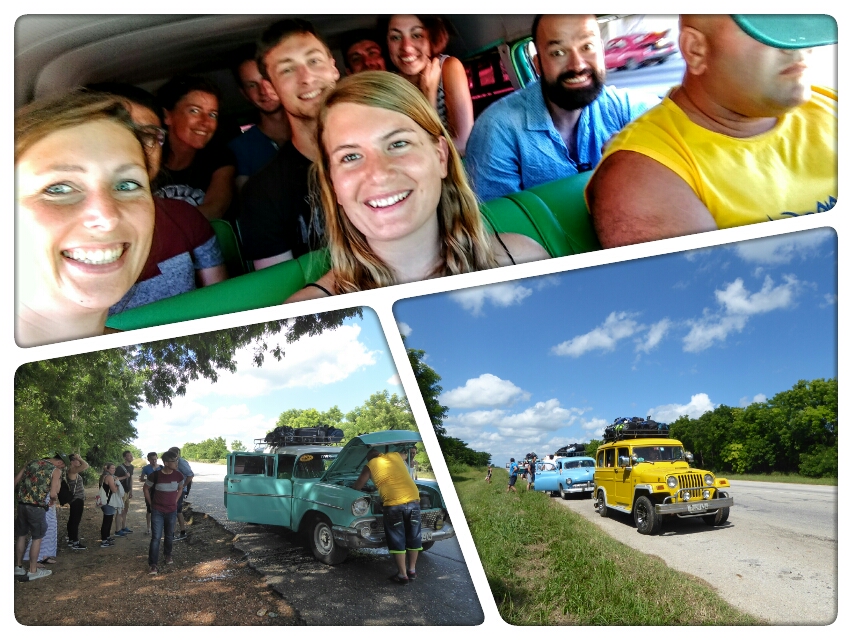 I traveled by Viazul bus but also with the old American Cars. You really should do that at least once or twice! It is a shared taxi and the costs are the same as the bus. Most of the times it is quicker….but  not always more comfortable 🙂 The big plus is that they will bring you to your casa!

It is a great way of traveling!!

When you are in a casa you live in between the locals. You are part of the community and that gives them the feeling of partially being responsible for you!

They will take care of you, they will think with you. It is great when you want to book a trip and you don’t exactly know what to expect in the area. But also when you don’t know your way around yet. They always have someone to escort you of bring you for a descent price. And also when you are traveling at strange times, early mornings or late at night… they thought about that and can arrange transport for you.

The community gets to know who you are and where you are staying… When you are not the stranger anymore you are less likely to become victim to criminal behaviour.

And it gives me a good feeling that people say ” Hi ” when passing by…as if you are at home!! 🙂 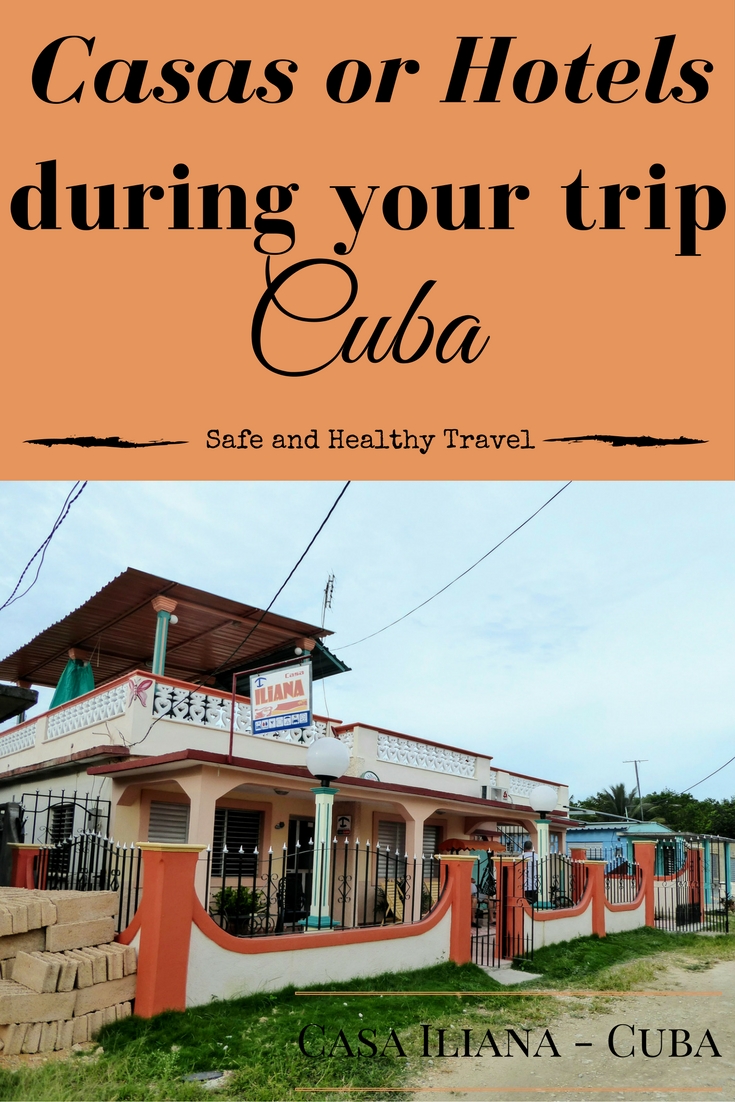 Do you want to read more about  my trip through Cuba?

Check my Highlights of Cuba