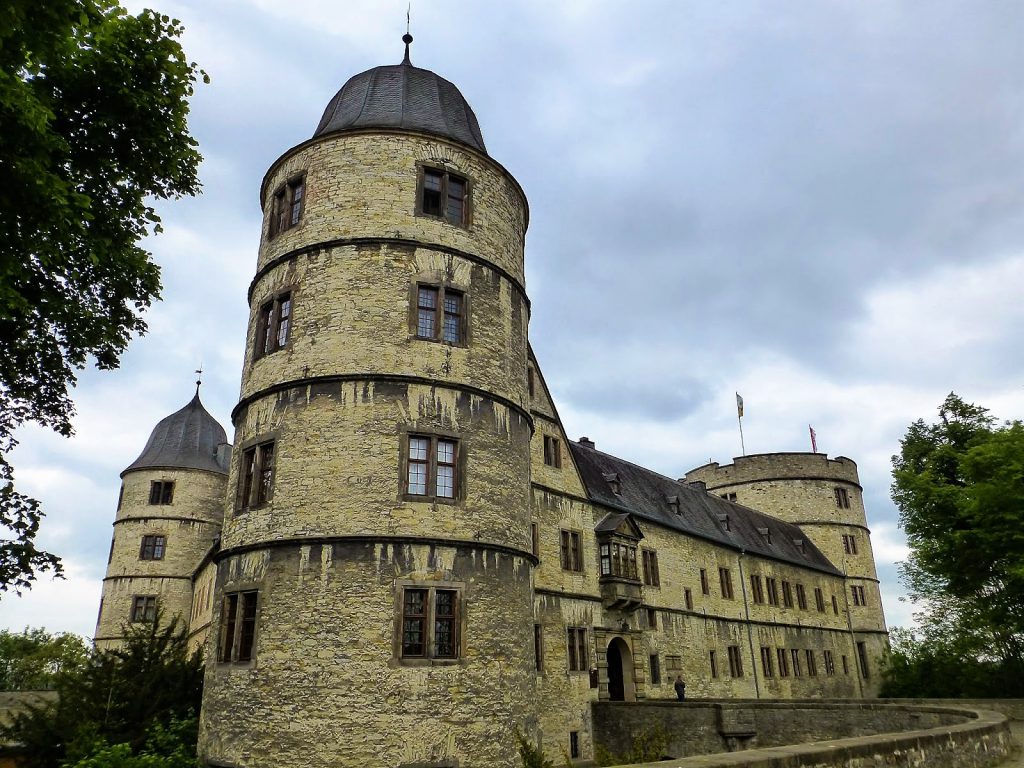 I visited this Renaissance castle. I thought it looked beautiful and was happy to go and visit it. I hadn’t read any of the history of it… Otherwise I would’ve felt differently walking into this triangular castle. It is located in the northeast of North Rhine-Westphalia, Germany, in the village Wewelsburg. I had never seen a castle before which is triangular. It gives the castle a small and narrow sight. 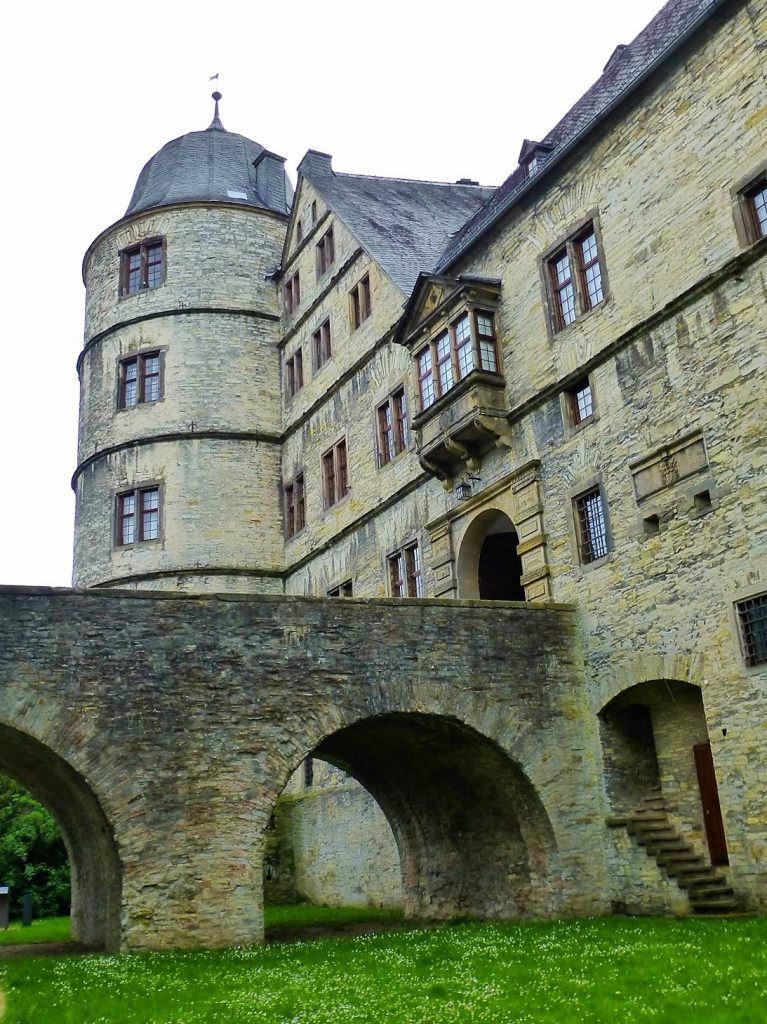 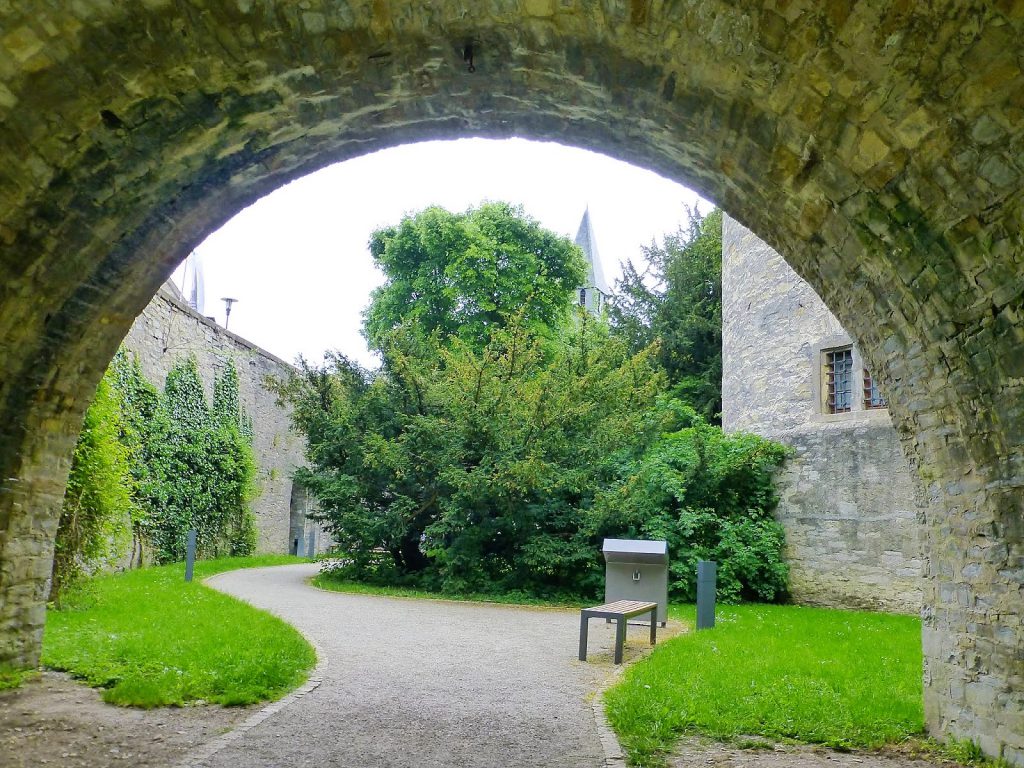 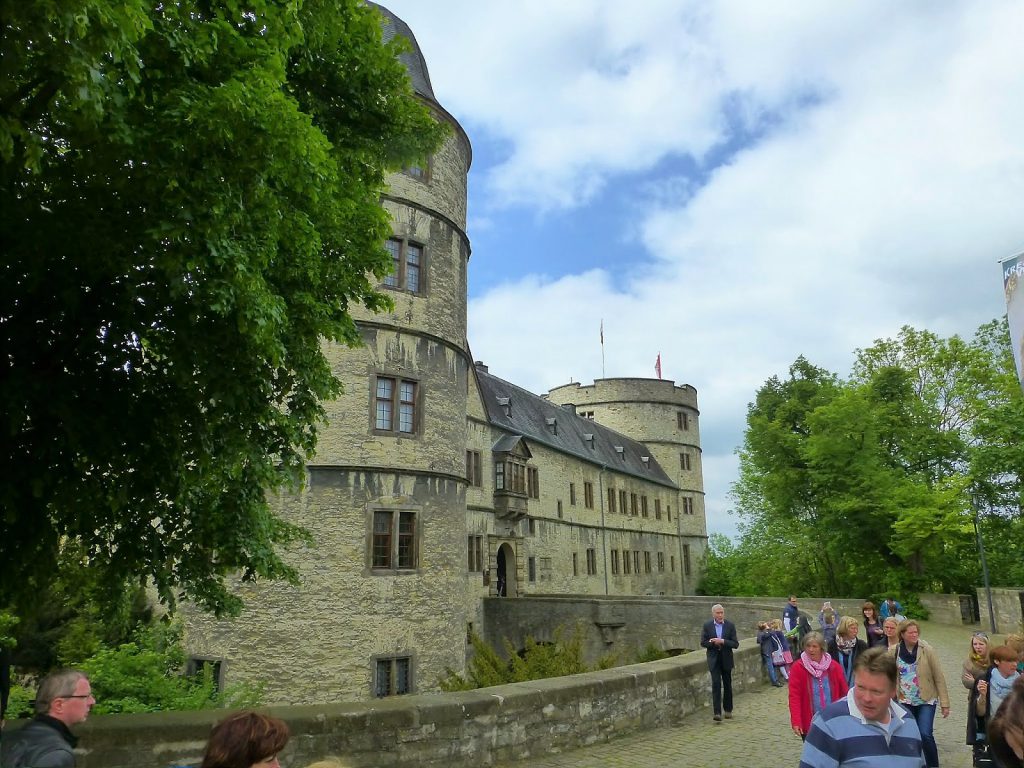 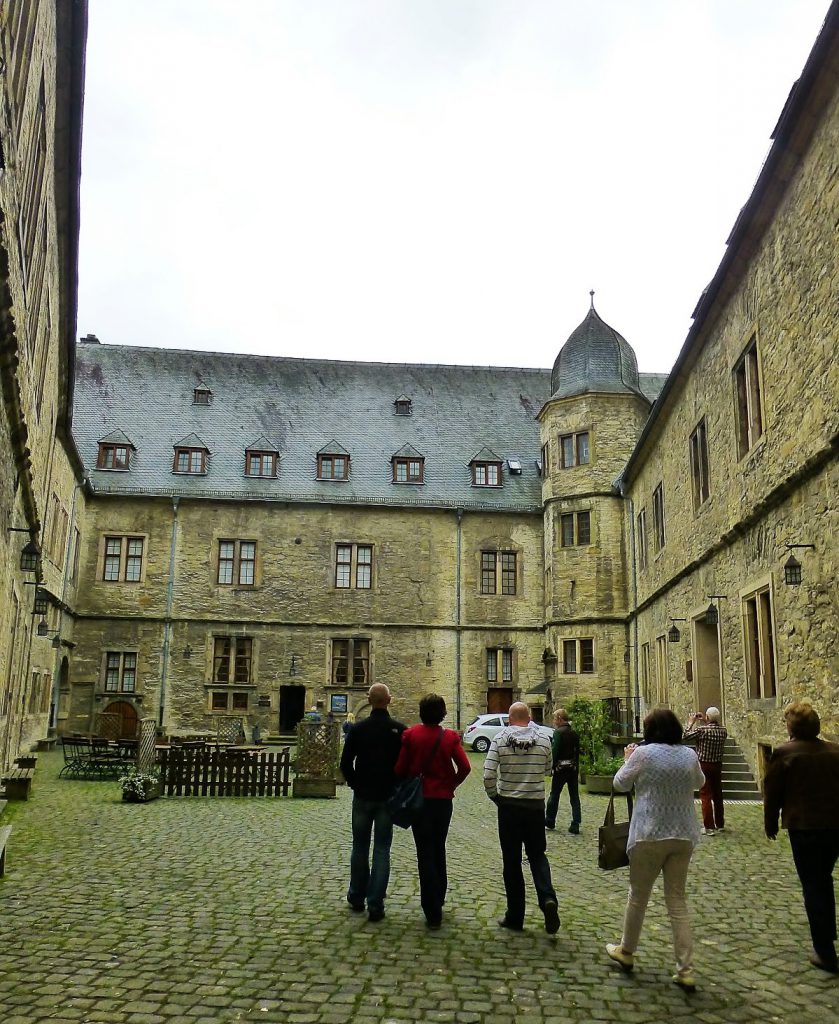 Near the castle is a building where a museum is located. I went in there and saw the horrors that happened here during the war, WWII. I read about the horrible things that happend in the castle and in the village of Wewelsburg… 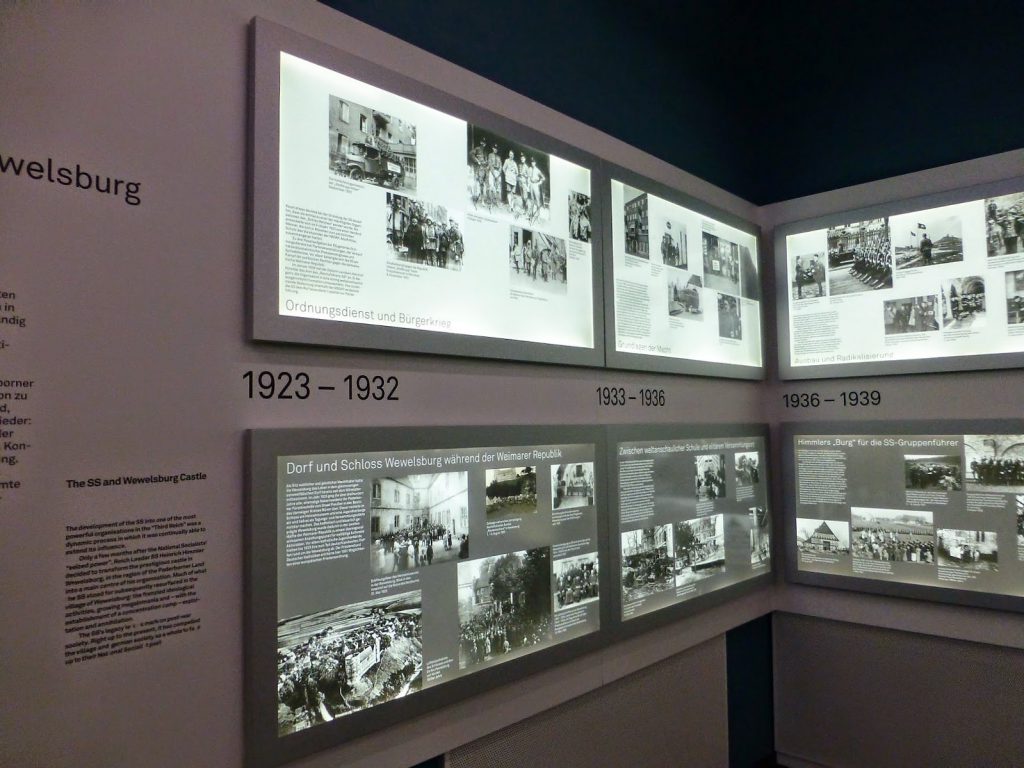 The history of WWII 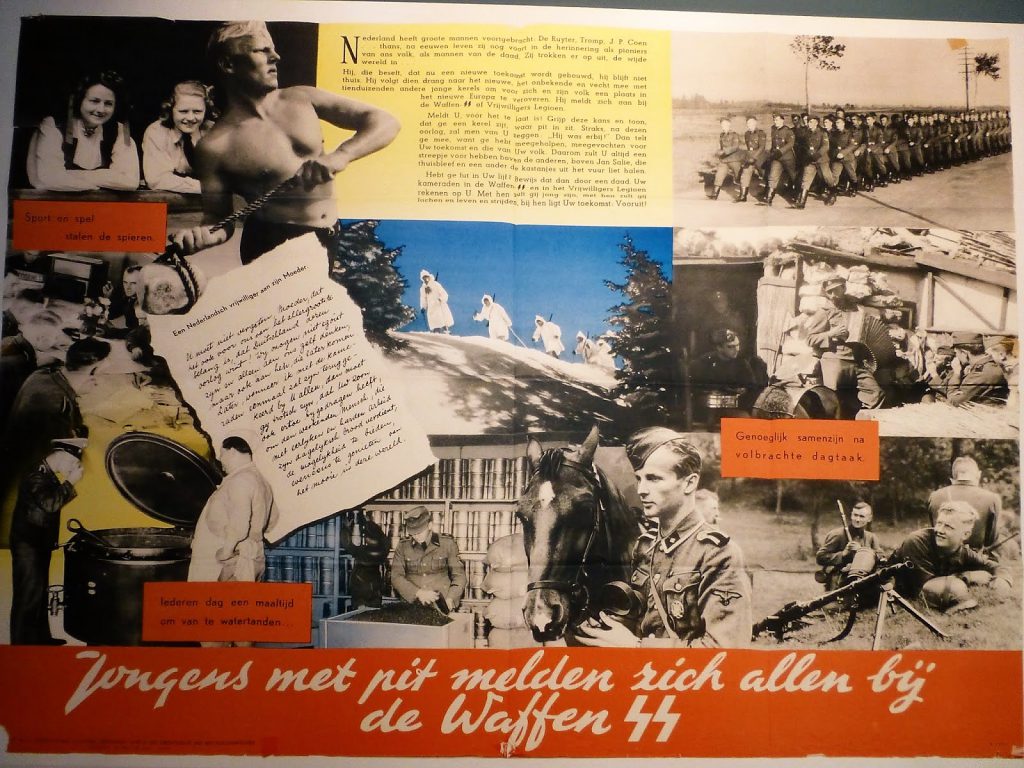 Dutch propaganda to join the SS

I learned that from 1933 on the “Reichsführer SS” Heinrich Himmler planned to construct an ideological center for his SS at Wewelsburg. Originally intended to be a training school for SS officers, it was later decided to remodel the castle and turn it into a more exclusive meeting site for the highest SS officers. The plaster was knocked off and the moat deepened so the castle would look more foreboding and fortress-like. Nordic symbols and other ornamentation were soon adopted in the rooms of the Wewelsburg. 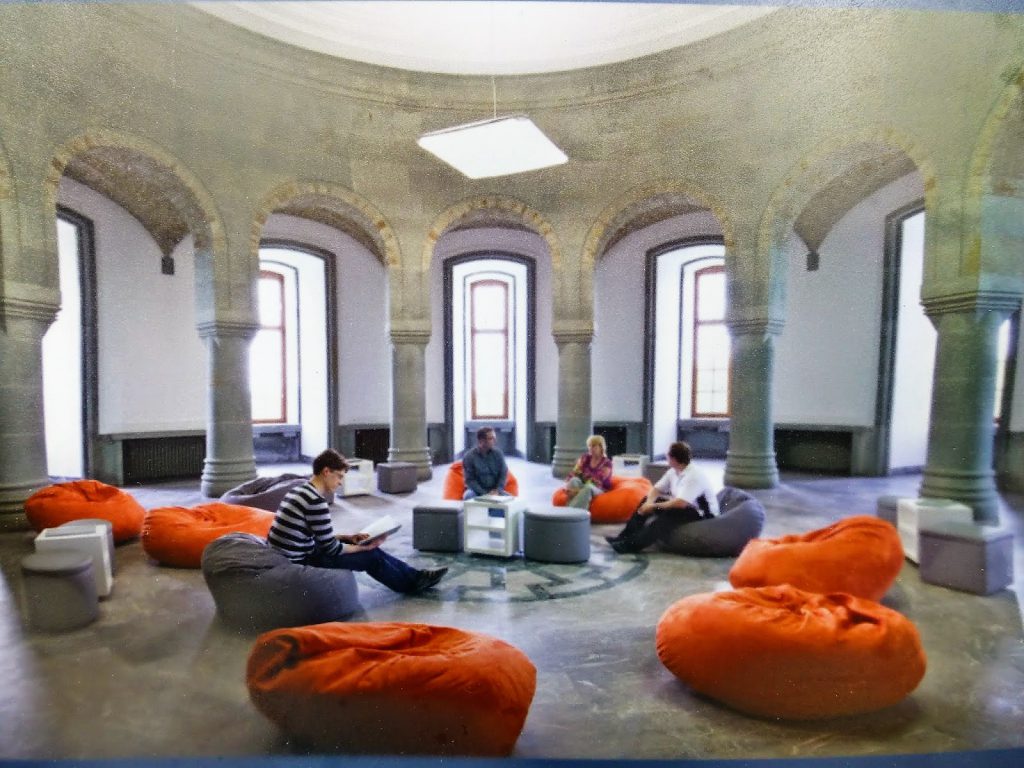 The  room with the symbol ‘black sun’ in the floor 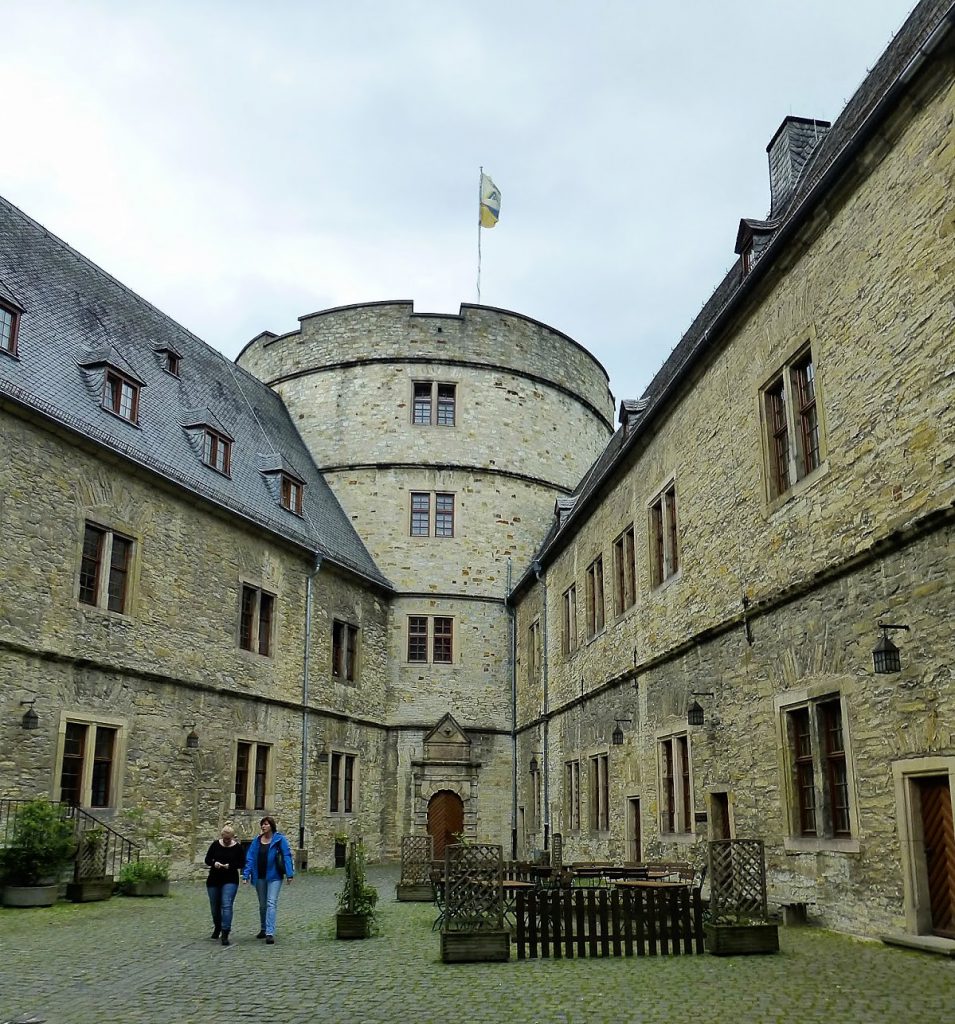 The tower of the room above

I soon discovered that there also was a concentration kamp in this village, it was 500 metres further down the hill. It had the name Niederhagen. Long time the local villagers denied ever knowing about this but this doesn’t seem to be possible. They probably didn’t want to see or to know because of the horror. That is a more logical reason.

The prisoners were all over the village because they had to work. There were 3900 prisoners, 1285 died because of hard labour and bad condition of living. That also was the motto of Himmler: Destroying by labour. 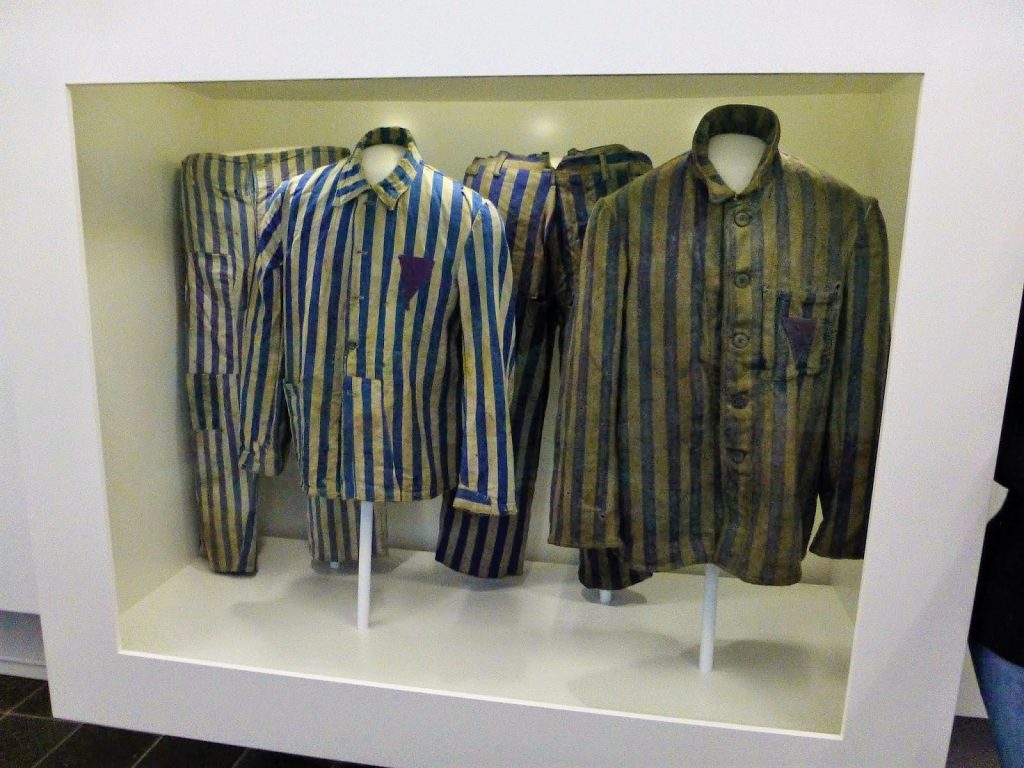 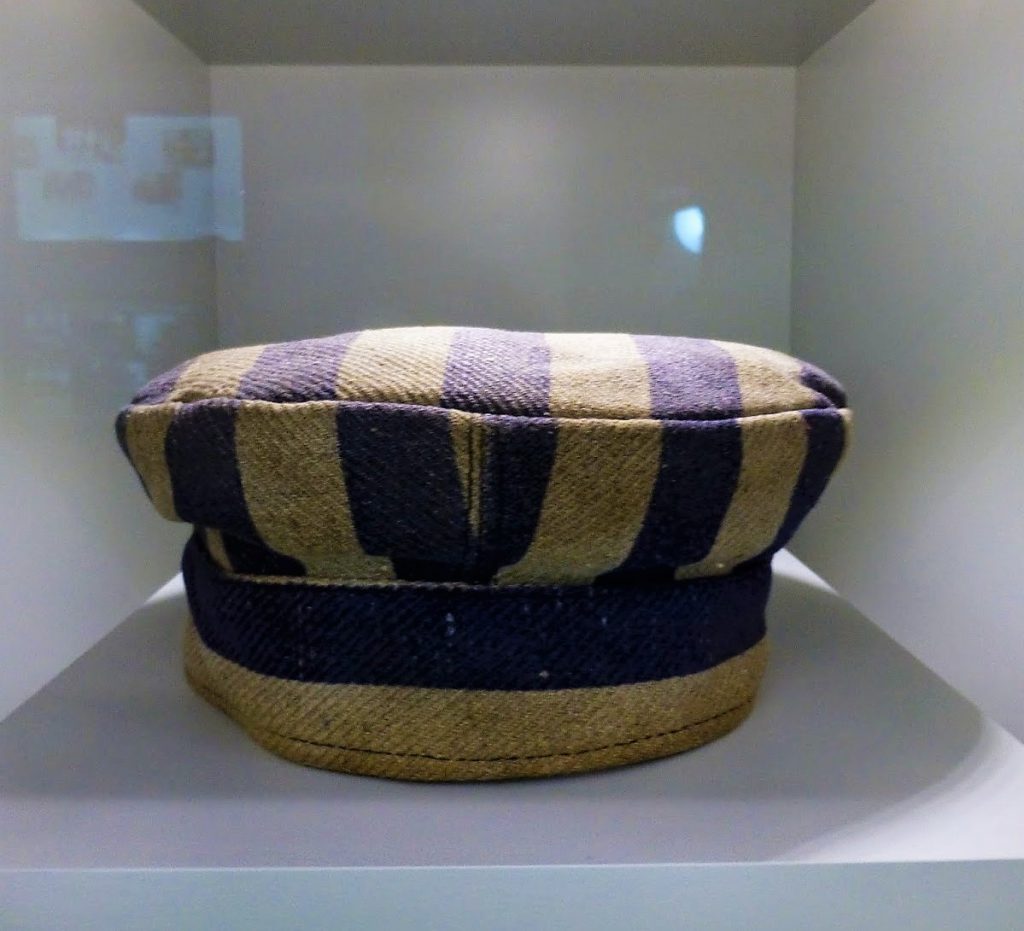 Just in april of 2000 a monument was founded for the prisoners and all the victims. It is located directly behind the old kitchen of the camp, now a local firestation. The building is still there. The monument is on the square where the daily roll call was held. There is an annual remembranche since 2000. 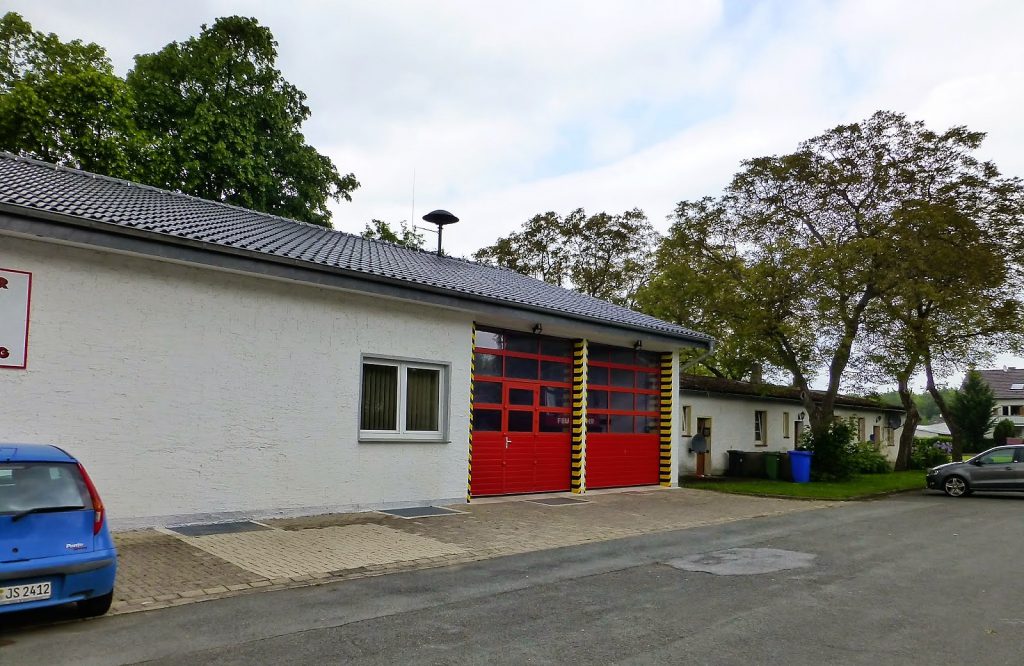 The kitchen, now a firestation 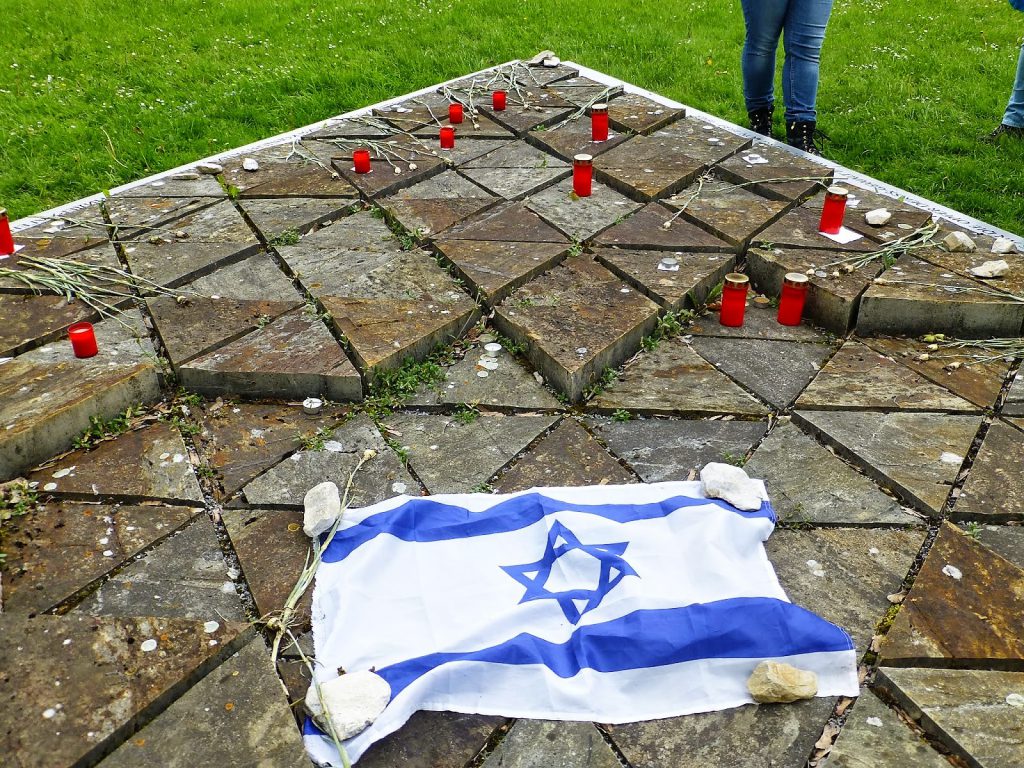 In memory of all the victims of Camp Niederhagen

On then grounds of the concentration camp there are houses build,  people just live there. There are also a  lot old buildings that are original. They are private property, the building used to cremate the victims is still there. 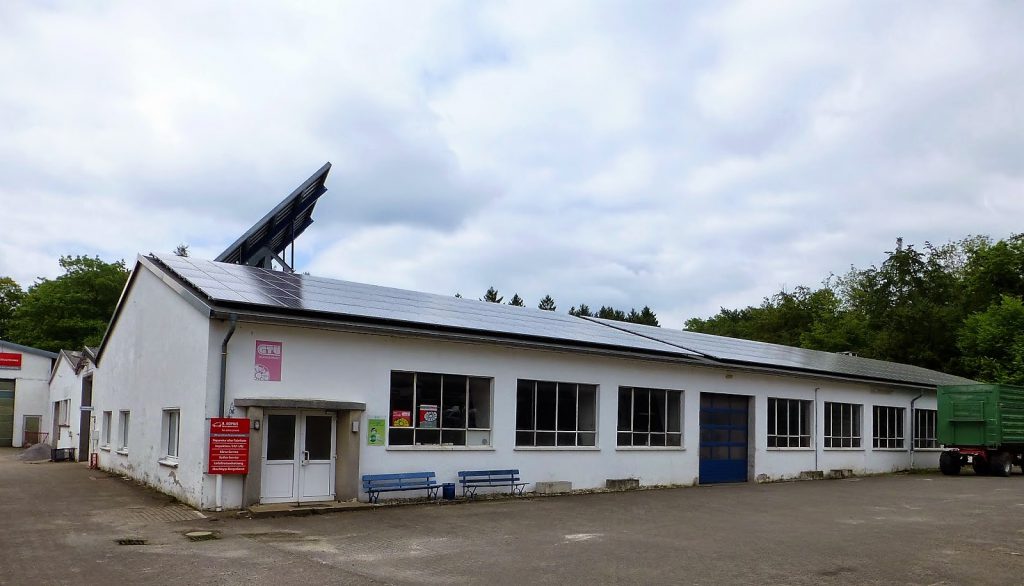 An original building, a barak where the prisonors lived

The building what where the victims were cremated

The owners will not allow the museum in there…
Is it still like it was in the war?? It is possible….
What a horrible idea….