I live in a small village in The Netherlands near the German border. It is called Hellendoorn and there is a museum, of course, about the history of ‘us’. It shows how ‘we’ Dutch used to live here, how the ‘work’ (farmer/craftmenship) was done and how we dressed in those days. 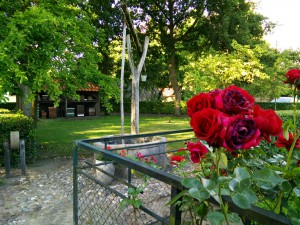 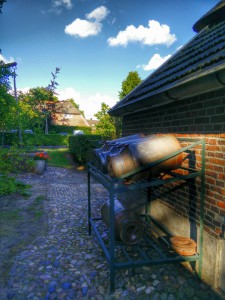 I hadn’t visited that untill today. I was there because my uncle celebrated his birthday nearby and we were guided by an uncle, an aunt and my mom. It was really good seeing all those things and knowing some of the history. For instance….I didn’t know that my ancesters had lived in that particular farmhouse, now the museum. And more…the whole surrounding area, now in the centre of the village, was land of that family. 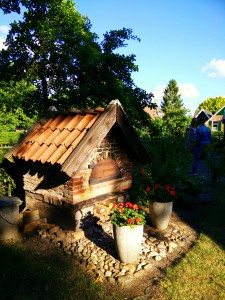 I made some pictures walking with my family in the museum and this will give you a good image of how life looked like in the 17, 18 and 19th century. 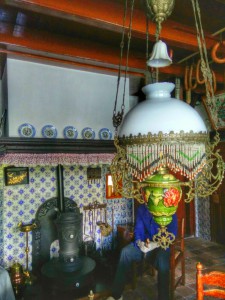 Livingroom in the old farmershouse, just after the place where the cattle was. they even had little windows besides the teils so they could watch how the cattle was alright. 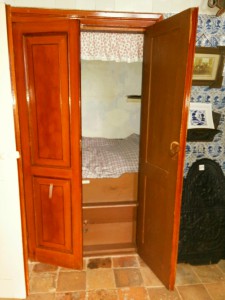 A ‘bedstee’ This is a bed for two. It is made in the wall, somewhat like a closet. It was small and people couldn’t lay down completely because in those days they believed you’d die if you sleep on your back. 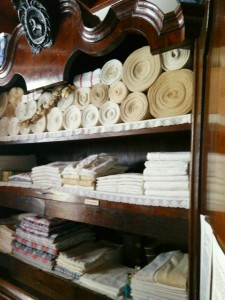 The linnen cabinet, very important if not most important closet in your house. It shows your wealth if it was well filled with a lot of nicely folded linnen. 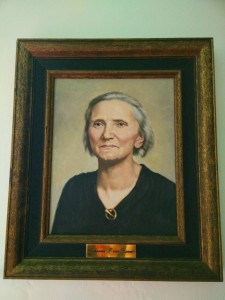 This was a famous local poet, also family of my mother’s side.  She was famous in her time, was already published in newspapers and held presentations. She lived from 1881 till 1962. And nice to say about this portait..it is painted in Canada and some visitor recognized her and got this painting to Hellendoorn 🙂 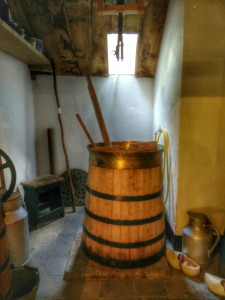 To make buttermilk they churned the milk in this big barrel 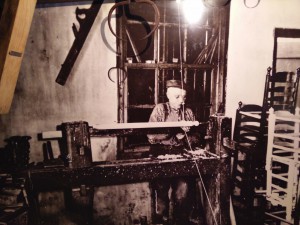 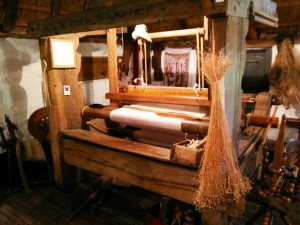 They made their linnen themself and used this weaving loom 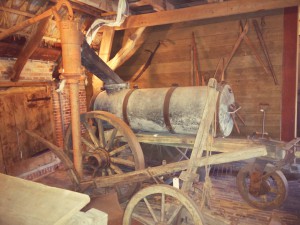 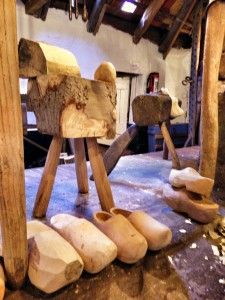 And of course, woodens shoes. Everybody wore these, only in the weekends, my uncke told, they were allowed to wear other shoes 🙂 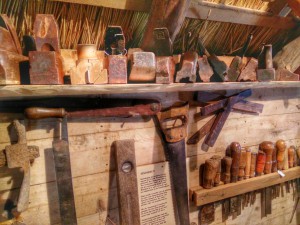 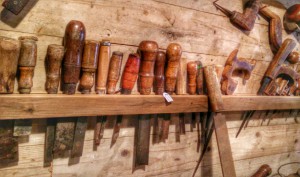 All kinds of traditional tools and equipment. 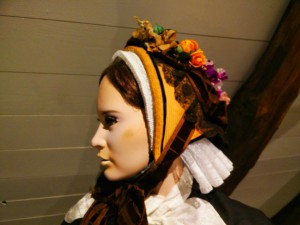 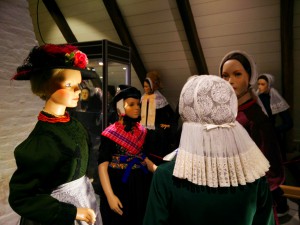 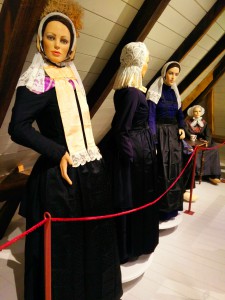 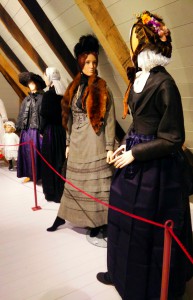 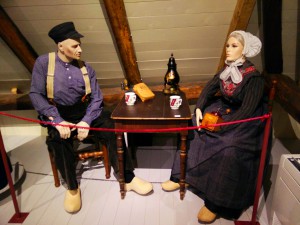 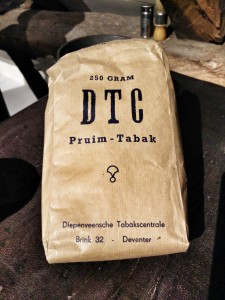 In front of the traditional dressed couple on the table you see this. A pack of rolling tabacco. Like we all know…in those times it was a sign of welness / wealth 🙂