I am a lucky women because I can do what I love to do!! At this moment of my life it is traveling a lot and learning about the world. About different cultures, the great food and all that the world has to offer!
I also meet some people that AMAZE me a lot!! The time I will tell you about is that time in Sri Lanka. I had arranged a 10 day trip through a Sri Lankan travel agency just before I went into my silent VIPASSANA meditation course of 10 days!
Voor de Nederlandse versie van Soms geloof je je oren niet
I got my own driver and the car of the owner was given to us!! I was there first European costumer so they were very happy with me! During this trip I had a coffee with the owner and we took a picture together too 🙂
My driver, Gamini, was a nice guy. He was married, had at least one daughter where he told me about, she was an army lady! He was proud, he had been working in the army too. Special unit also, he told me a lot stories about the fight/war against the Tamils. How he had guided high ranked officers from one place to another…how he had survived bombings.. I really thought that was interesting to hear. It is part of the history of Sri Lanka…and not that far away in time. 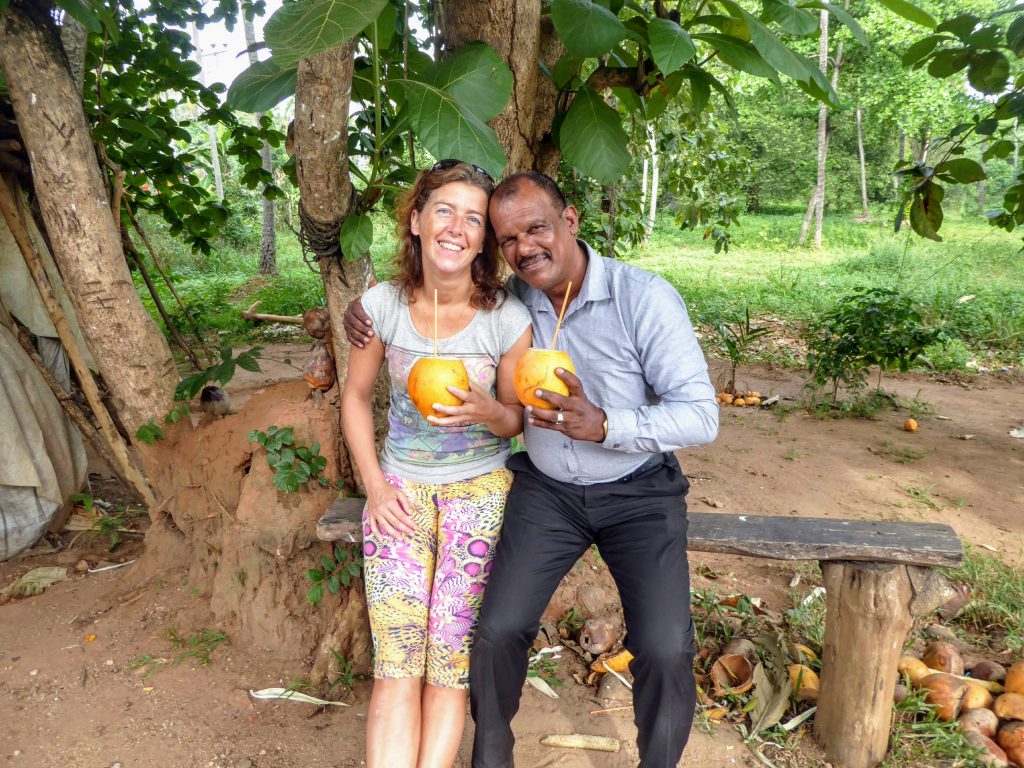 But what happened then….at our second night has flabbergasted me totally….Hours later I still needed to shut my mouth because it was still open …

I couldn’t believe what I heard

Gami, how he let me call him, had arranged a nice hotel. It was one especially for military staff, it was luxurious and had a swimmingspool. He, as a former military staff, didn’t had to pay that much.
They got me on the secured military area and we entered a complex where family and close friends of the military staff was staying. The room was big and looked good. Gami showed me the room and I really liked it for 2 nights. 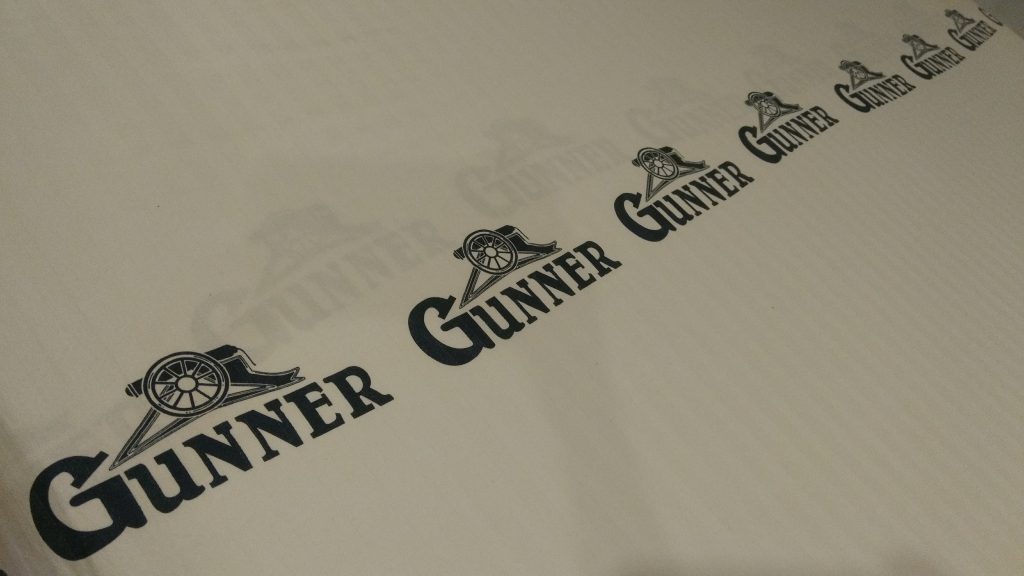 This military department were all gunners.  A special unit!

Just before Gami was leaving the room I heard him saying that he would park the car somewhere and then would return. I didn’t got that sentence right….right?? Well…he can have his own room in this complex.. But then when I looked into my room I saw a strange bag on the table. I recognized this bag as the one of Gami. Huh?? Why is that bag here??

Did he really say that he would return??

I couldn’t believe what I heard …

All kinds of thought ran through my head. Why is he coming back?? Why is his bag on my room?? Did I missed something??
Just before the door closed I called him back. I asked him what his intentions were. He would come back to this room?? I asked?
Yes, he answered and looked at me as if it was just an everyday thing. He had to sleep to…he said. I was flabbergasted and stunned by this….I again looked into my room.. No…there was just one bed..one big bed…
I looked at Gami with a lot of guestions…and without any understanding.. I really didn’t got it..what did he want?? I couldn’t believe what I heard…and started to think… He, an older man and a official guide.., sleeping on  my hotelroom? In my bed??
As soon as he realized this wasn’t going to work he said he didn’t intended to sleep in the same bed but he would’ve arranged for another mattress to be brought. He would going to be sleeping on that…

I couldn’t believe what I heard …

The whole conversation went on in my head…over and over again. Did he really thought he would be sleeping in my room? Or actually…in my bed?? and was the alternative then to get a mattress and sleep on the floor??
No….this is not going to happen!! I told him neatly… but with a clear voice and in words that couldn’t have a different meaning then the one I was telling him…It was NOT going to happen. It wouldn’t be anything that would make me feel comfortable at all so I didn’t want this.
This time it was Gami that looked at me without understanding…
Still all kinds of situation ran through my head.. I kept it clear and neatly and said again… No, this is not going to happen.
Gami started to understand. He got his bag from the luggage rack and left my room. He would order me some food and it would be deliverd in my room. I was at a secured military area so I couldn’t go off wandering around. 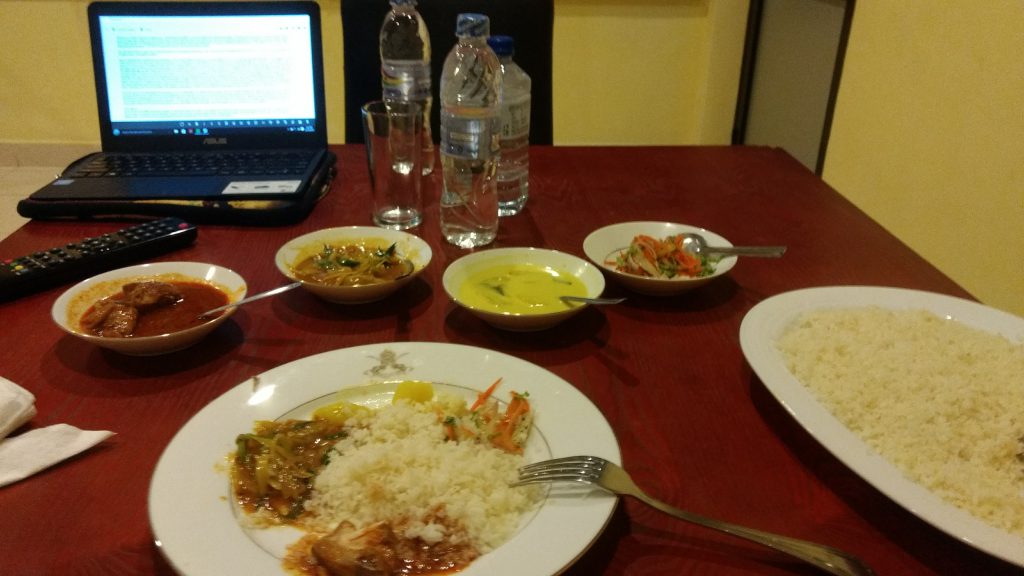 Gami left and I was left behind a closed door with my mouth open full of wonder….
That wonder has kept my brain running for at least an hour.. From amazement to being insulted…to laughing becuase it was sooo absurd!!
This is one of the most absurd things I encountered while traveling with a private guide…
Have you ever encounterd such thing?
I traveled with Gami for the next 8 days in Sri Lanka. It took me a while before I started to be relaxed about it…we ofcourse talked about it a couple of times 🙂 To clear the air!!
Sri Lanka is a wonderful country!! I can really recommend you going!! My journey in Sri Lanka was a great one!!

Want to share this experience? Would be great if you did!! 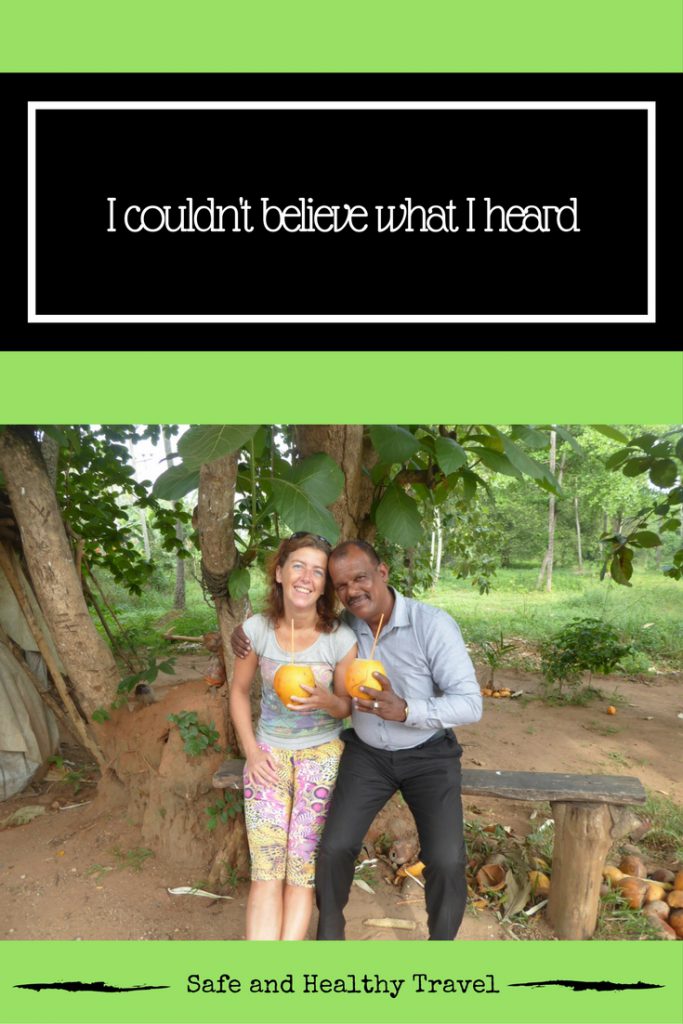 Do you want to read more about my adventures?

Floating in the Dead Sea? Israel

Getting a Haircut in Malaysia