In the morning we went to the harbour to get the first boat to the island. It was already busy with tourists at the boarding place. My mom had prebooked a ticket on the internet otherwise it would almost be impossible on short notice to get this early boat. This first boat left at 9am and that gave us time to go to Table Mountain in the afternoon. On our way to Robben Island we had a great view over Cape Town and the Table Mountain.

The island got his name after the many seals the Dutch colonists saw on this island, Robben is the dutch name for seals. Jan van Riebeeck settled in Cape Town in 1652 and the island was used as a prison for the VOC.

History of the Prison on Robben Island

The whole island, including the prison is a UNESCO World Heritage Site. 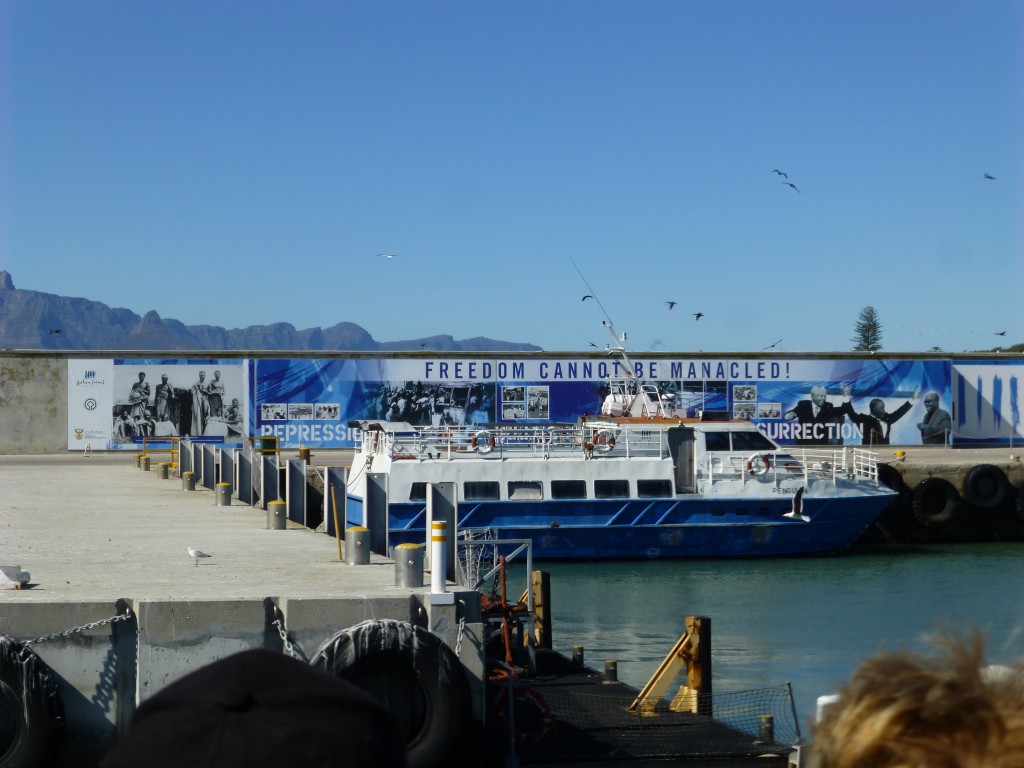 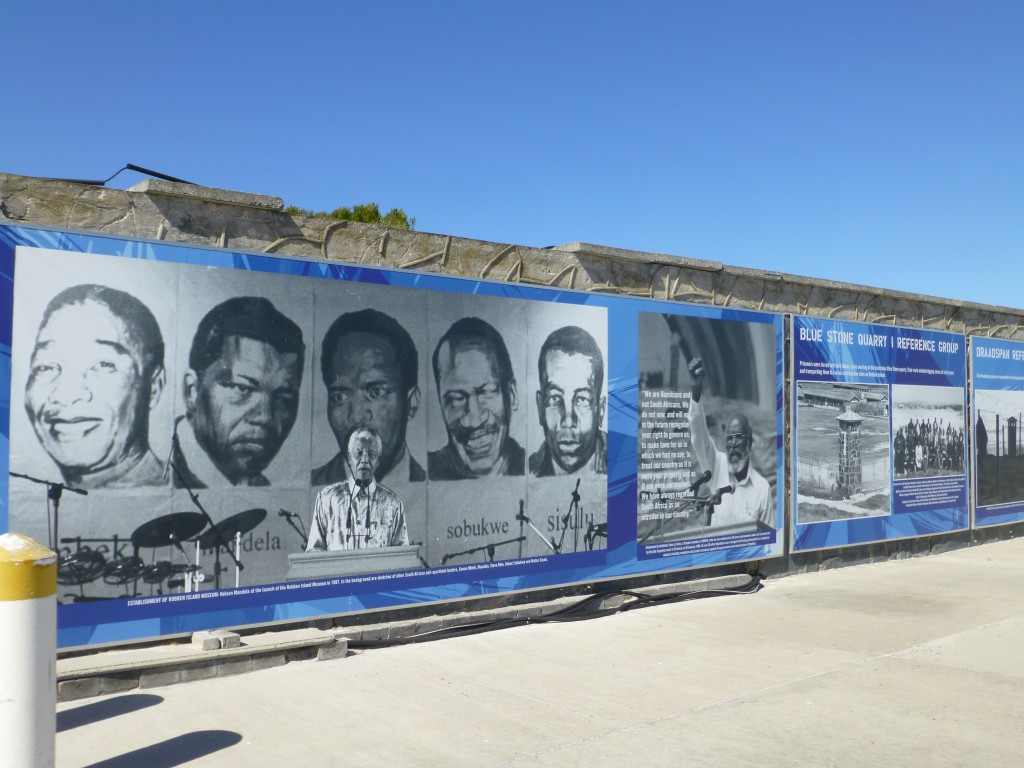 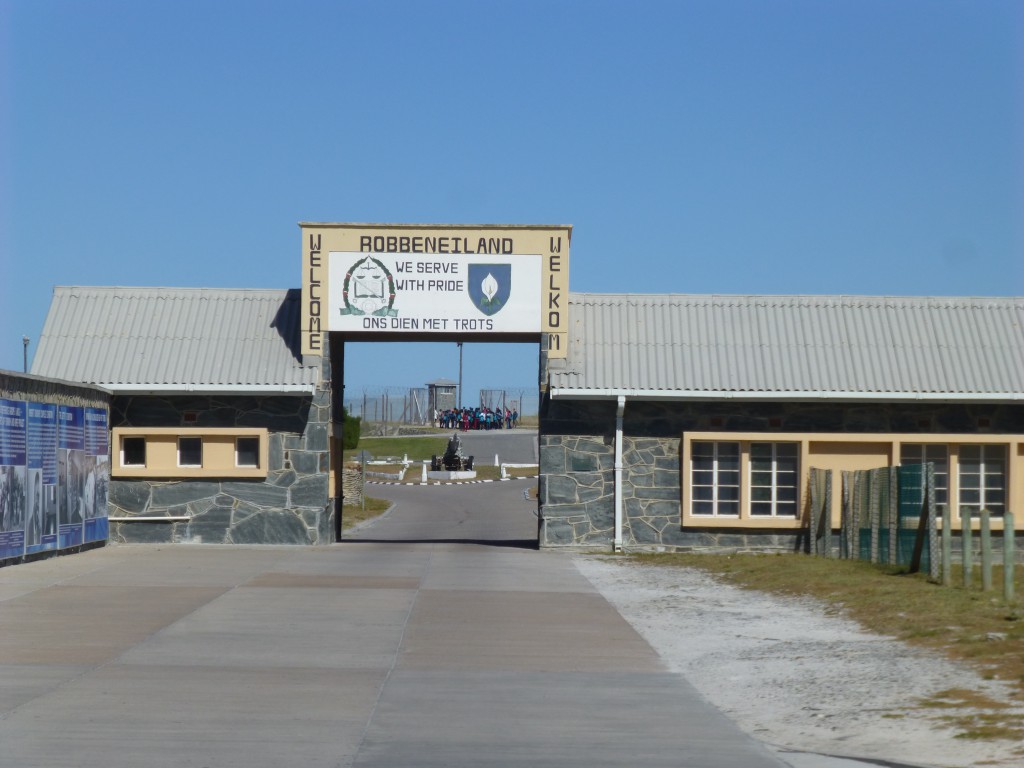 When we got to the island we walked towards the prison. We entered a gate and after that we were welcomed by a guide. There were a couple of buses that would take us for a tour around the island. There are several buildings all over the island which were used to isolate a prisoner, but also churches and building were the guards used to live. The guide that took us around told us that some prisoners were  isolated for months at a time in a small space. 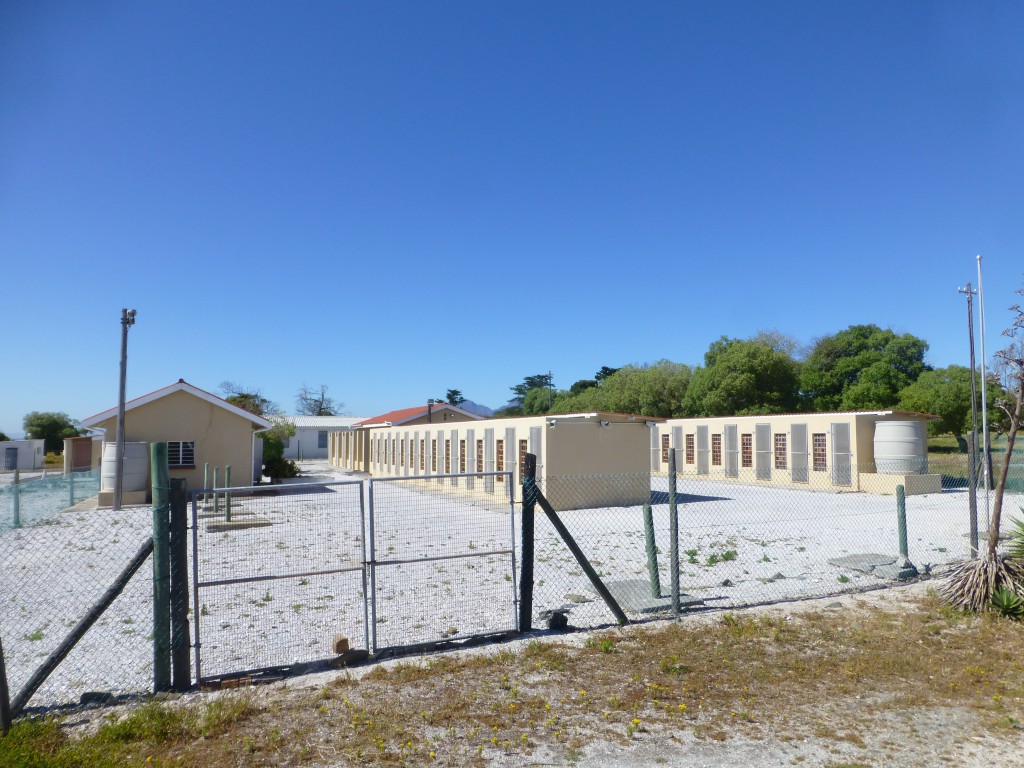 There is also a work place on Robben Island for the prisoners.

They had tough hours and harse conditions, many of them died while working. The former prisoners have laid stones at this place in order to remember them. 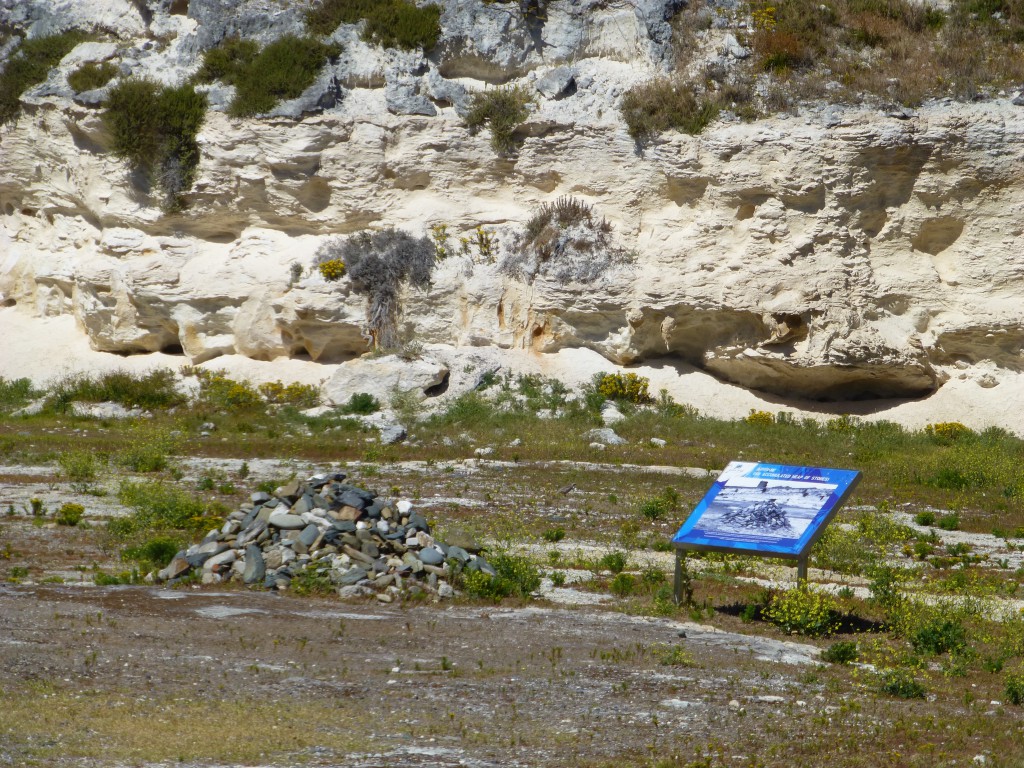 At the opposite side of the island there is a small restaurant where we had a break, we could get some coffee and use the toilet. We saw many Ibis birds. They are a protected kind of bird, they are a rare sighting the guide told us. 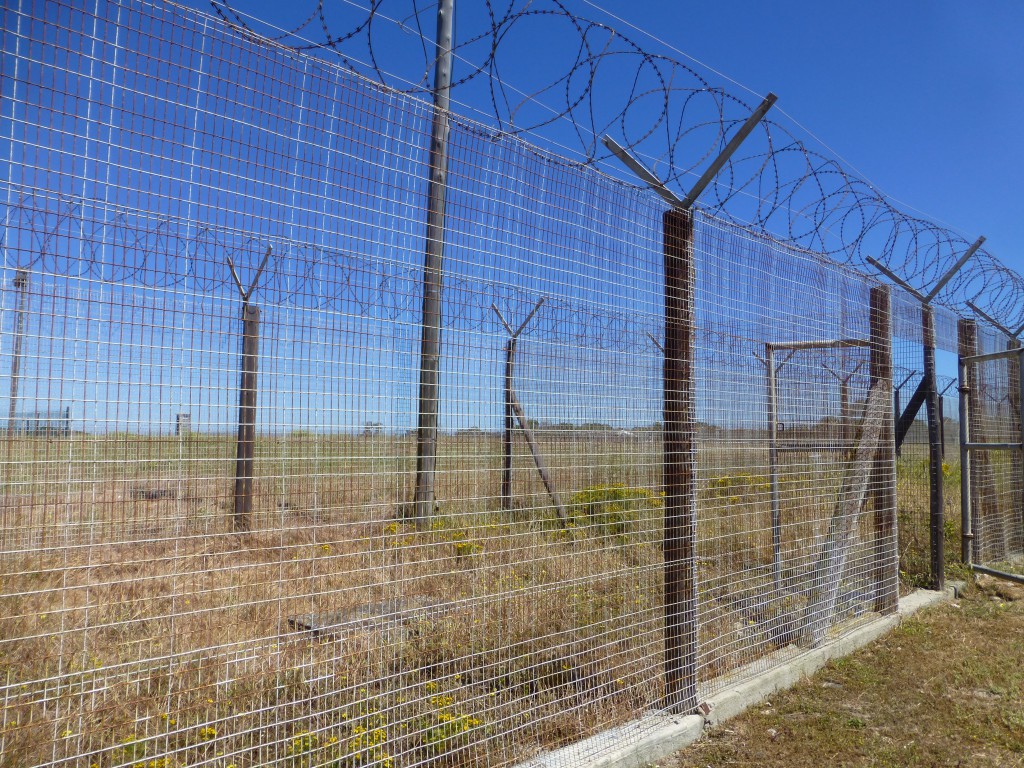 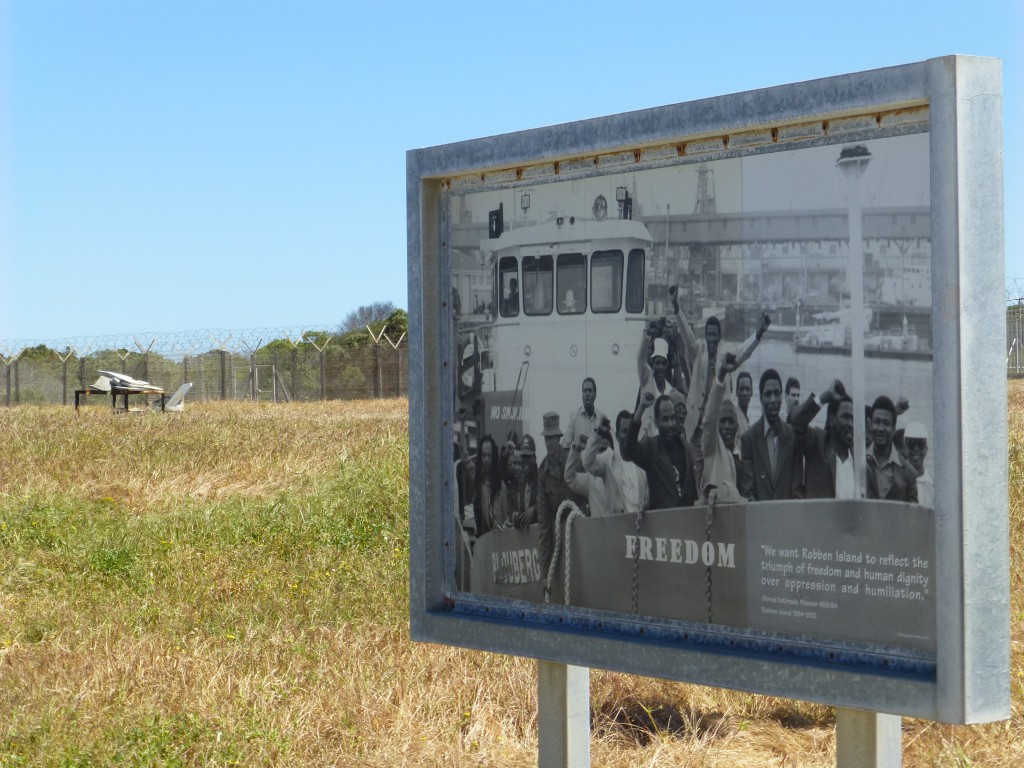 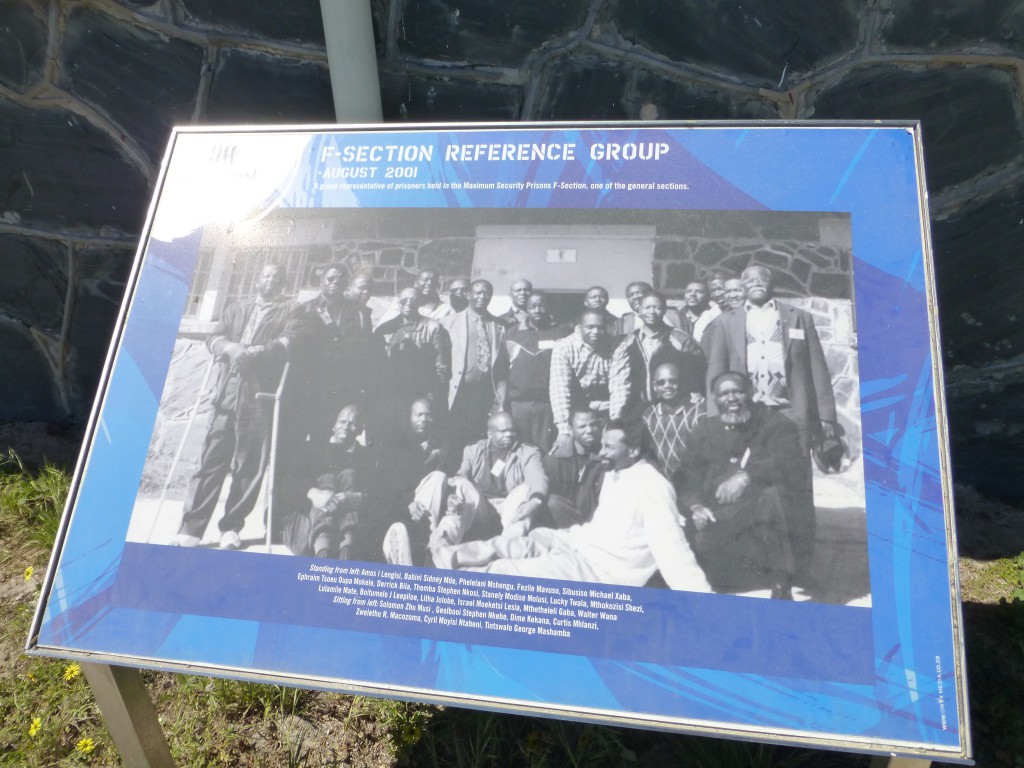 Tour from a Former Prisoner

We were welcomed by a former prisoner. He would take us around the prison. That was a strange realization, that man had really been here for years …. He could tell us stories from experience, he really knew how it was inside.

Want to go explore Cape Town check these 16 unique things to do in Cape Town! 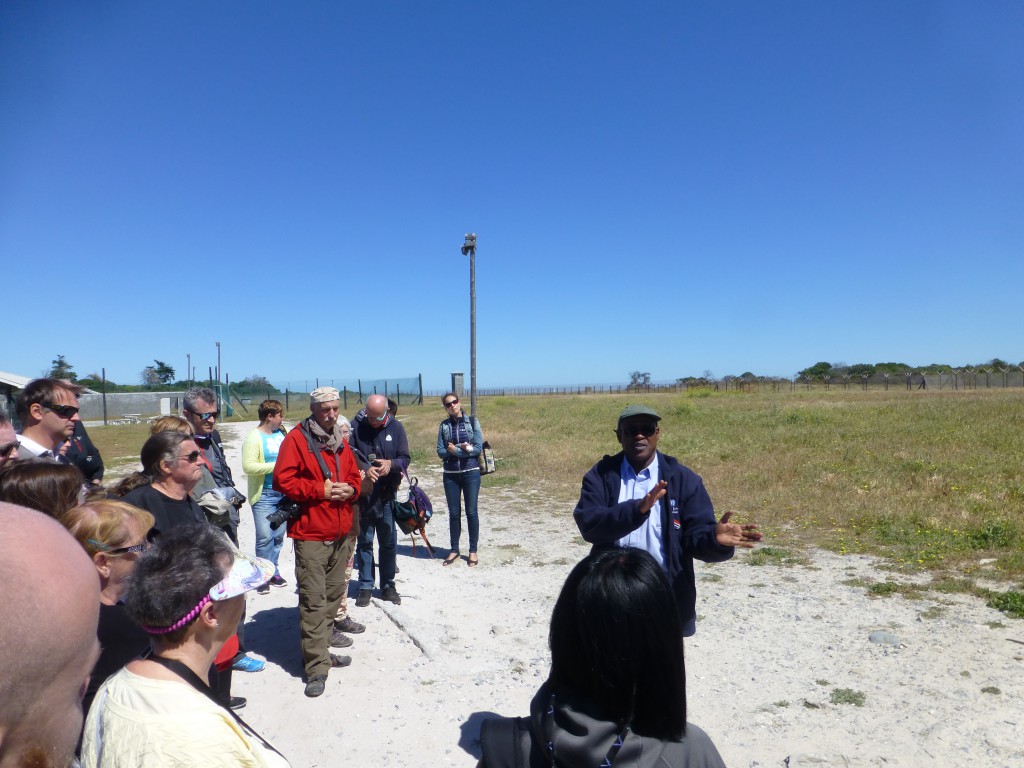 We walked on and got to this big room. The guide told us that in those days around 30 prisoners would be held in such a room. Everybody had a bed and a small cupboard next to it. He told us how the got along with a eachother, how they made sure that you would get smarter and better inside. He told us that the ones that couldn’t read or write would learn that on the inside.

When they got a newspaper, by a guard, that newspaper would be discussed in sessions and everybody would take part. They would get a clear opinion in that way. They had to think deep and that’s how they got destraction. I thought it was very interesting  how they kept spirit, some for so many years!! 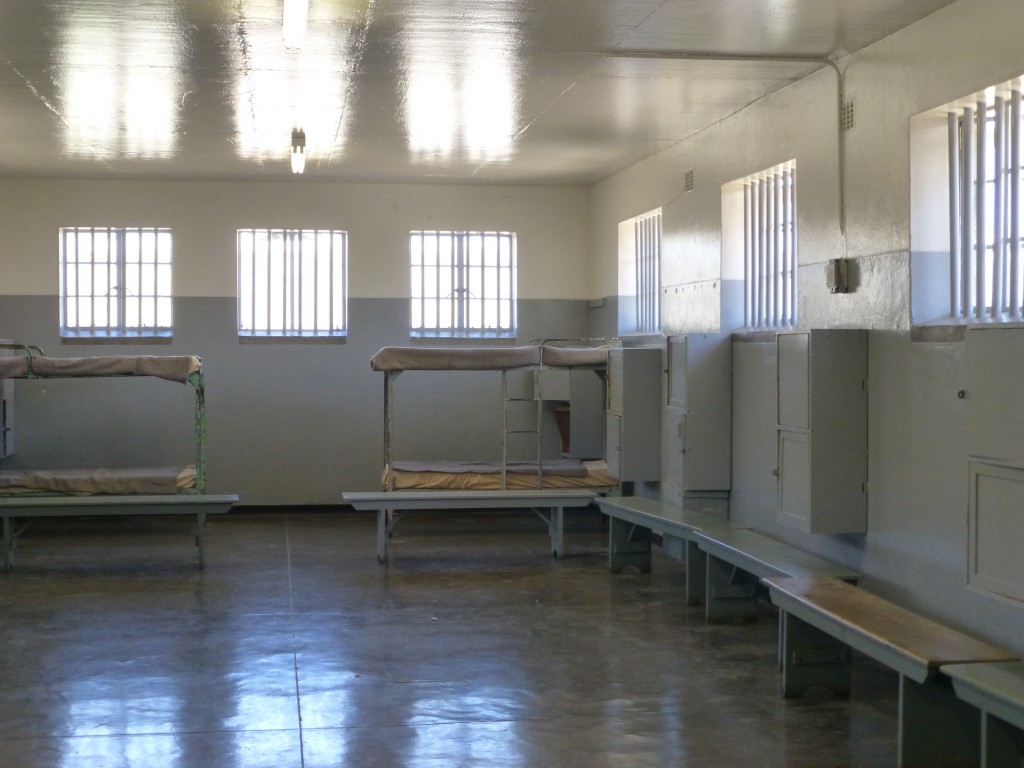 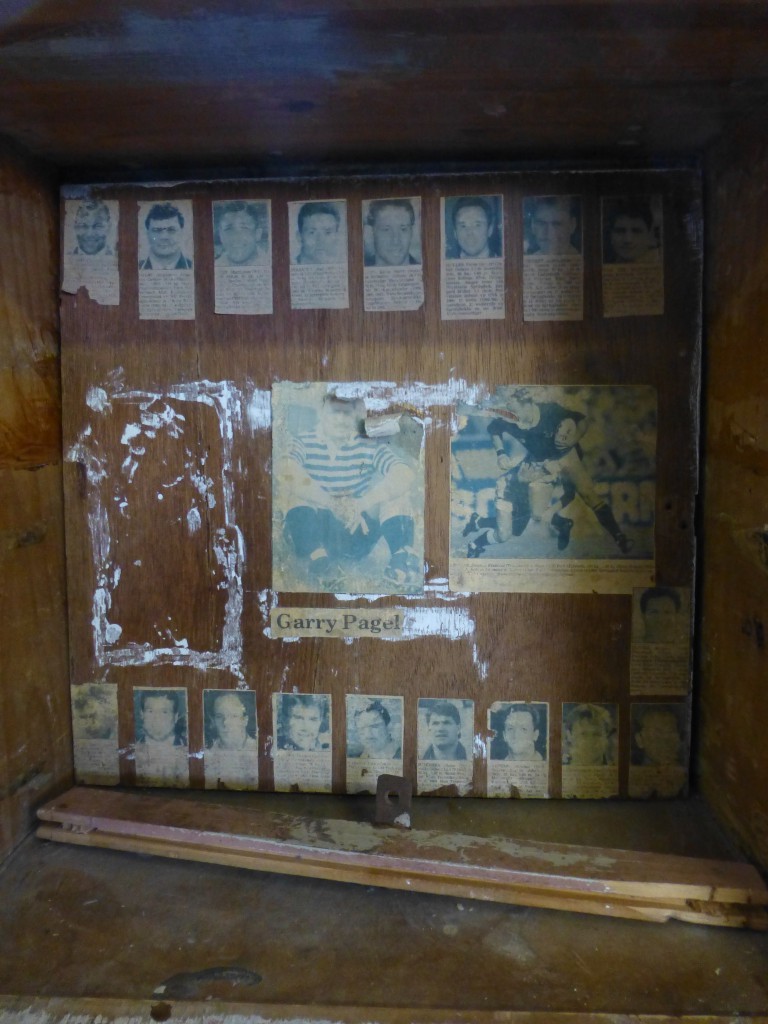 Inside of a cupboard next to a bed

After this explanation we went to the small cells, one person cells, where Nelson Mandela also was for years. Mandela has been in this Robben Island Prison for 18 years, from 1964 till 1982. The cell he had was the only one with a small table and a small stool. This cell was almost 2 metre by 1 metre, I think.  The number 46664 is a number you see a lot when you’re there, it was Mandela prison number. This number now will represent as a symbol for the AIDS charity that Mandela started. 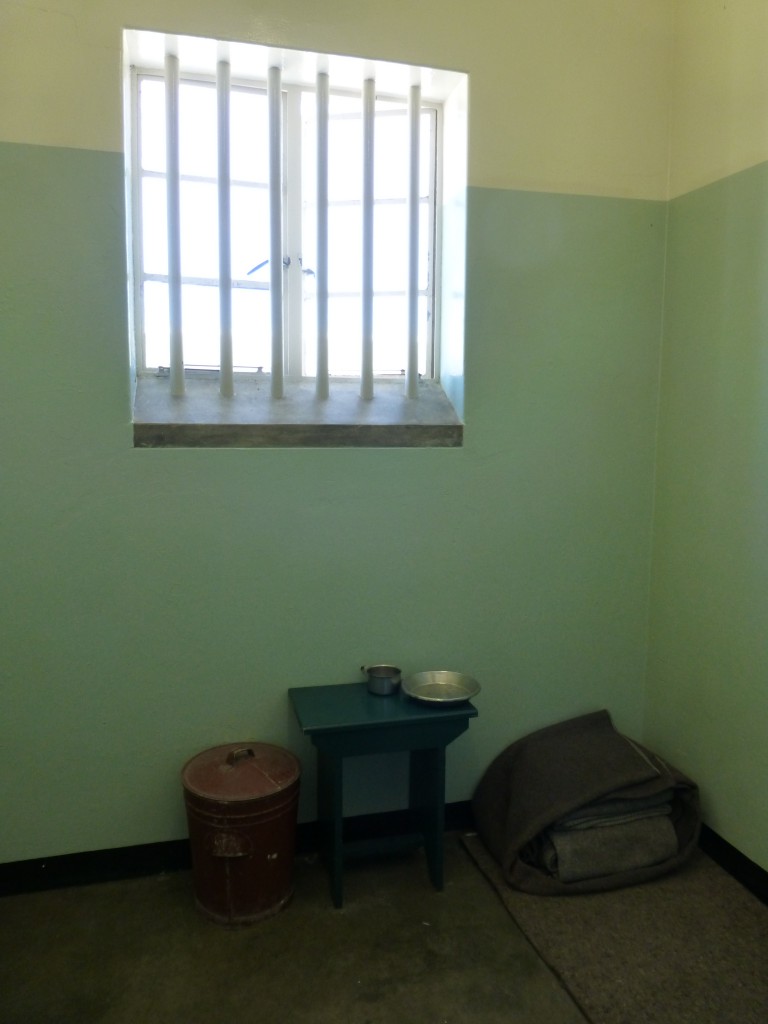 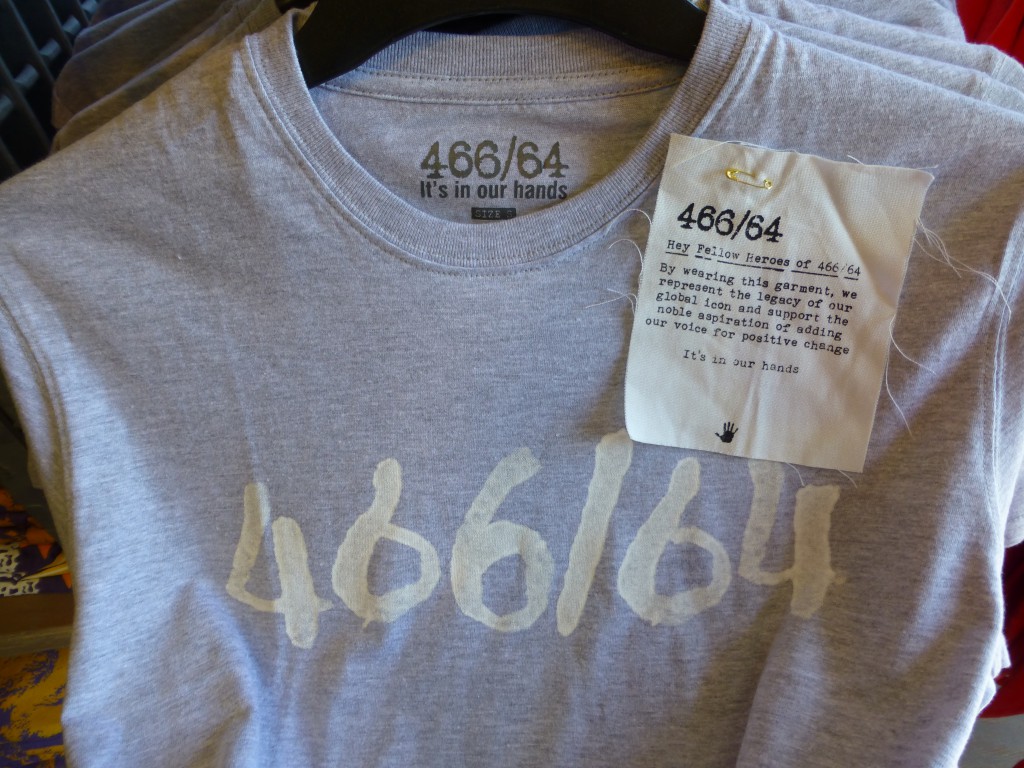 Once outside we could ask the former prisoner questions. He didn’t want to go into questions that had to do with the gouvernment right now or give his oppinion on those issues. He only wanted to talk about the things that were going on in the old days. I think that was a bit strange but then again…you maybe would get discussions and that’s not the time nor the place for it.

His oppinion didn’t matter, he said, he was there to tell the story about the history of Robben island. 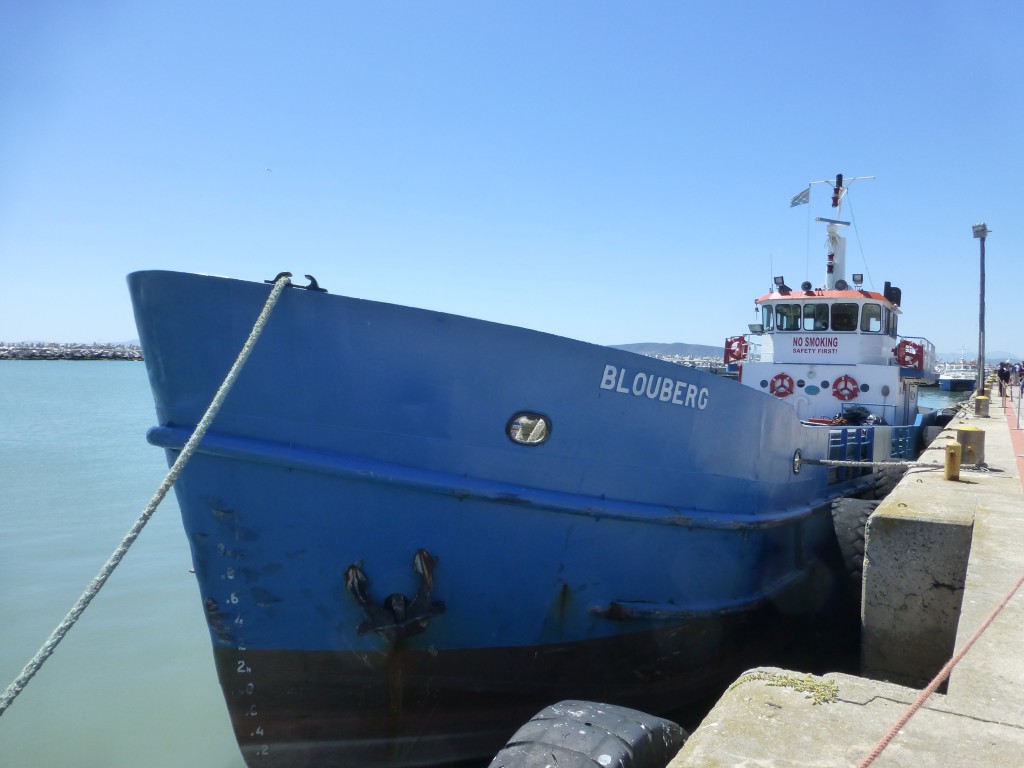 When we got off Robben island again I saw that old boat in the harbour. That was the boat that brought the prisoners from and to Robben island. On pictures of the release of Mandela you will see that same boat!!

That was a pretty intense visit and I think that when you visit Cape Town you should definitely take time to visit this prison on Robben Island. Do take time to hear about the history and see the place where Nelson Mandela was imprisoned so long!!

If you want to go around the coast line and visit some nice coastal village check this post: Charming Coastal Villages in Cape Town

Will you help me spread the word by sharing this post to your social media? 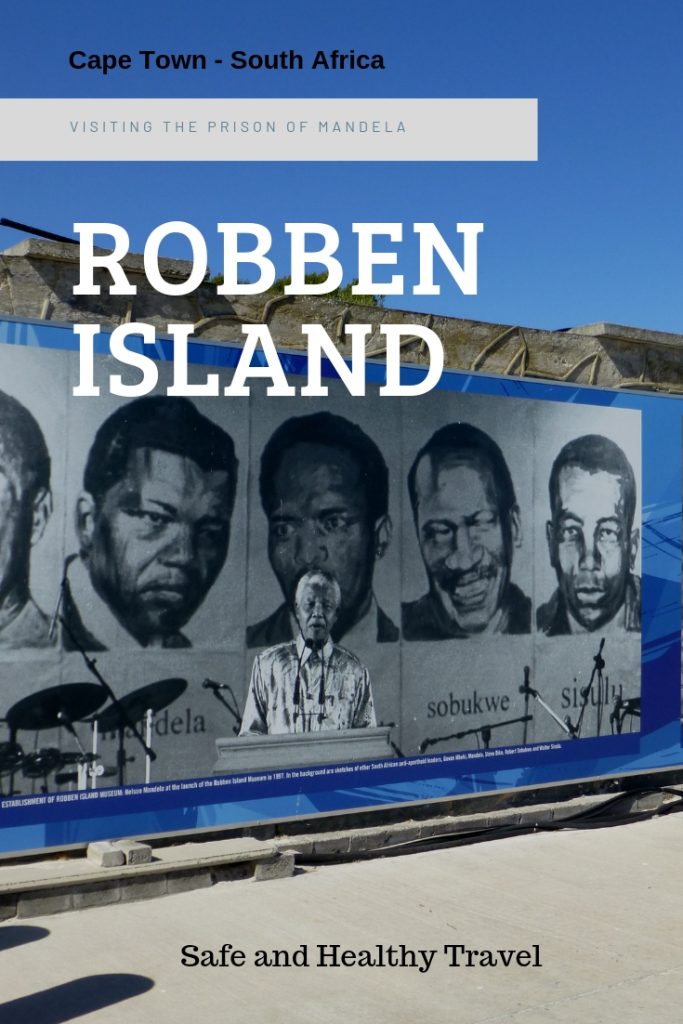 Would you like to read more about South Africa?

Can I inspire you to go to Kenya too?