It is a big community, I heard the pastor say that they were the biggest church of Port Elizabeth. They have a new church, an old wearhouse since 7 months. And after they had moved they began to be the biggest church. It  doesn’t look like a church at all! But they have made it in to a great building to do all kinds of activity to support the community, help them get education of all kinds and collect goods for the ones who needs it. 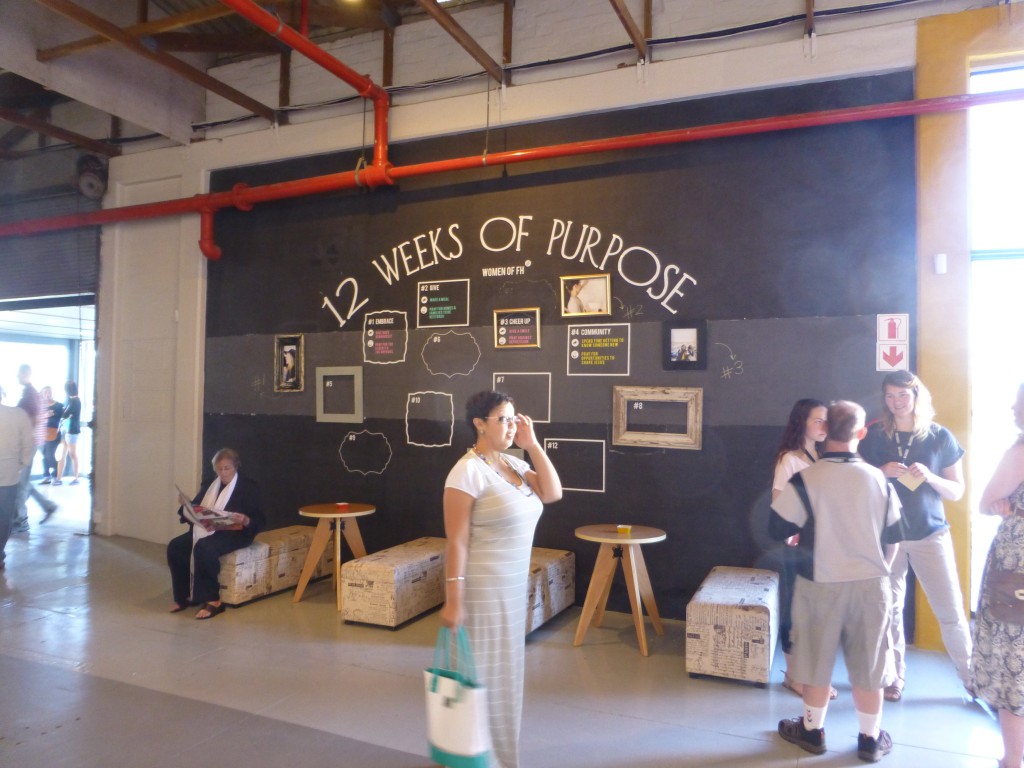 When I went into the church I saw a wall which says 12 weeks of purpose. My mom told me that a couple of weeks ago the wall was filled with another topic. So they change it, are active with the topic. I saw a couple of the weeks were already filled with topics such as Give, Embrace, Cheer up.

When we entered the big hall where the .. was held I saw a big screen. On that screen the time was counting down till when it would start. It all looks very good and also expensive. 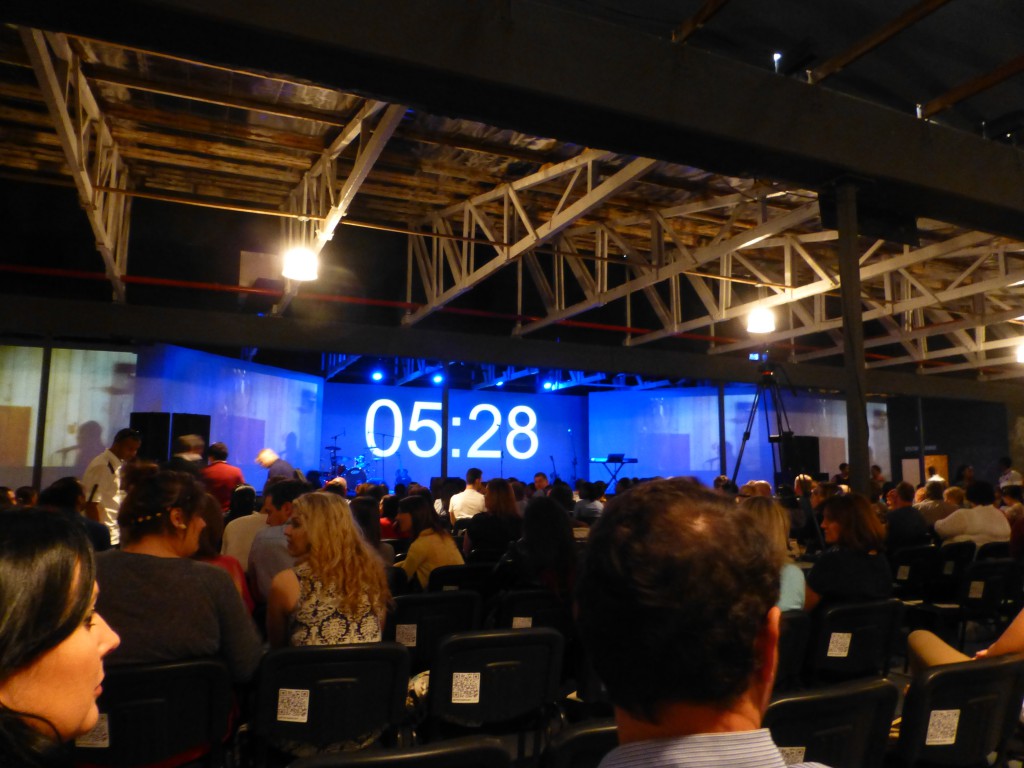 It started with a  couple of songs,it was more of a concert but then a gospel concert. Loud music and everybody was singing along. The text was projected on the screens behind the band so everybody could sing along even if the song was new. 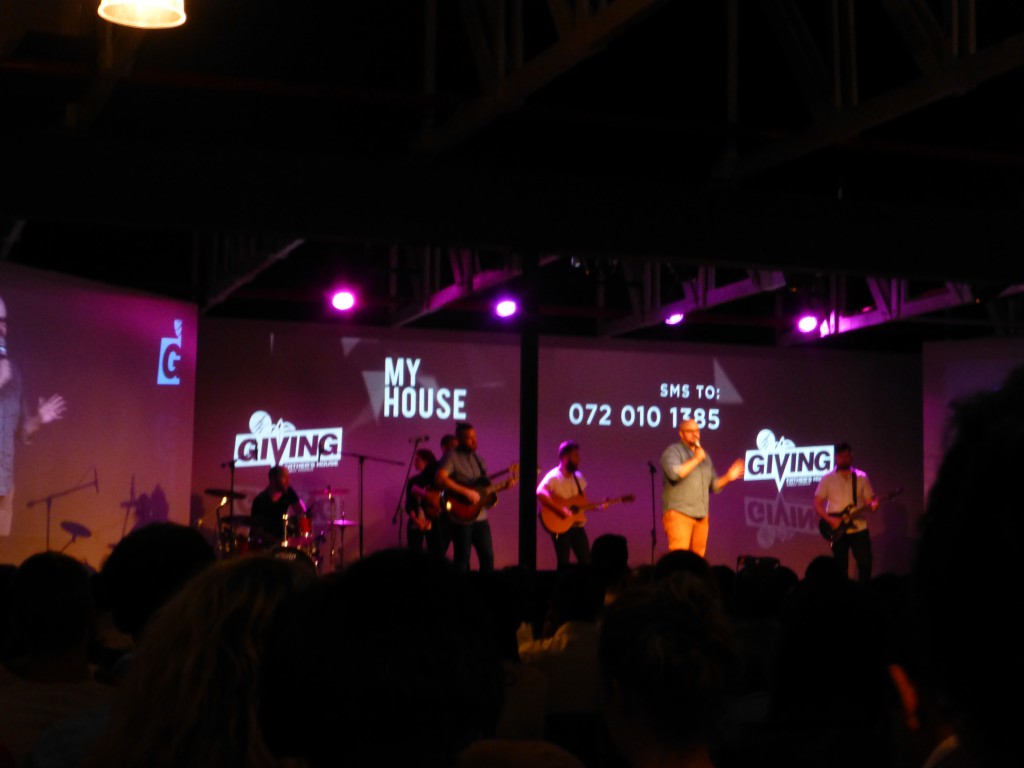 After the songs the pastor spoke for about 45 minutes to an hour and after another song was played. 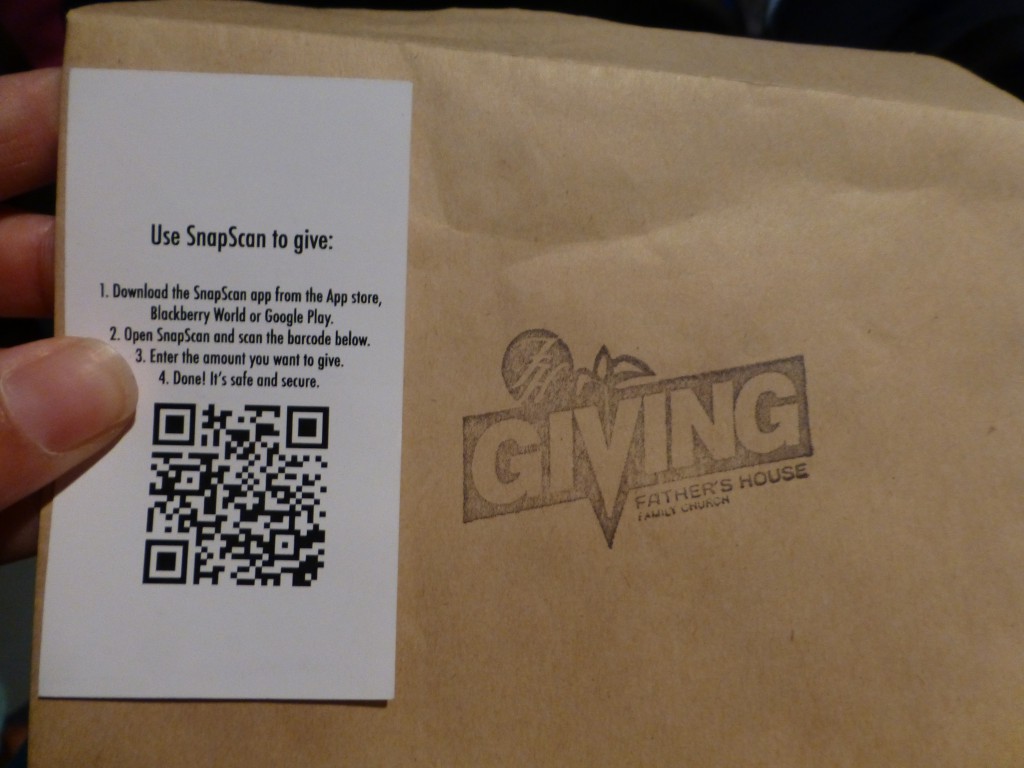 They do have a good way to give everybody the opportunity to give!! 🙂

I had expected a bit more colour and dancing. But this was a new church, not an old baptist church with only coloured or black people. That was what I expected at first. After church we sat down for a cappuccino and a cinneman bun, the pastor had talked about that one sin 🙂

After this we went to the memorial site of the apartheid and Mandela. It was in the old centre of Port Elizabeth. Always when my mom passes that site there is a huge flag on the square but unfortunately that one is gone since I’m in Port Elizabeth. I hope she will get a good picture for me of it because it give a better picture. Now the high pole is empty.

After seeing that you  can welk through to the remembrance (pyramid) of the woman the city is named after. In front of that is a great keramics in the ground. It is the end point of the long way up. We walked it down.. 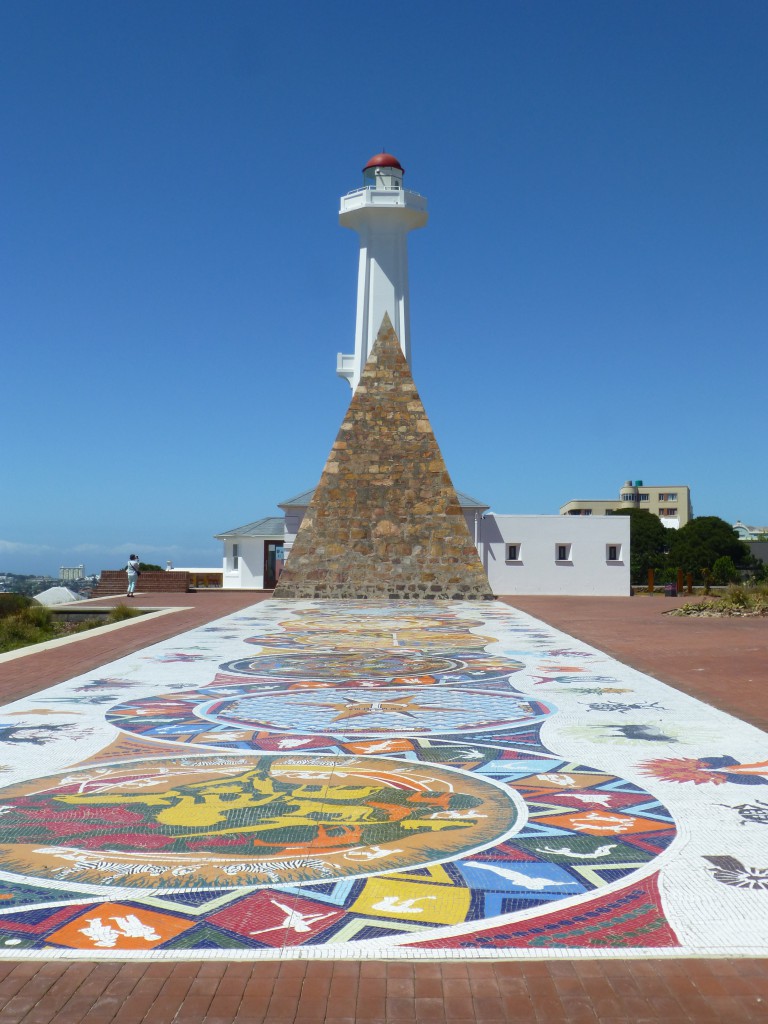 We saw at the top of the path the image of Mandela holding his hand up high. He was the last one in a row of many people on the side of the path going down the hill. 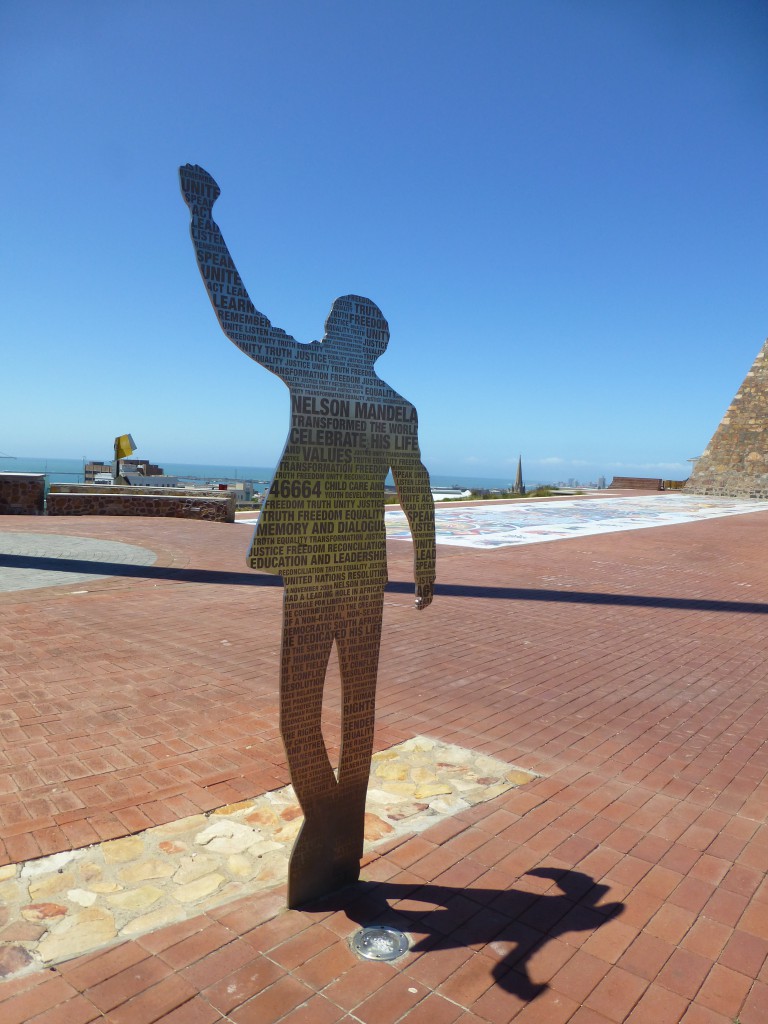 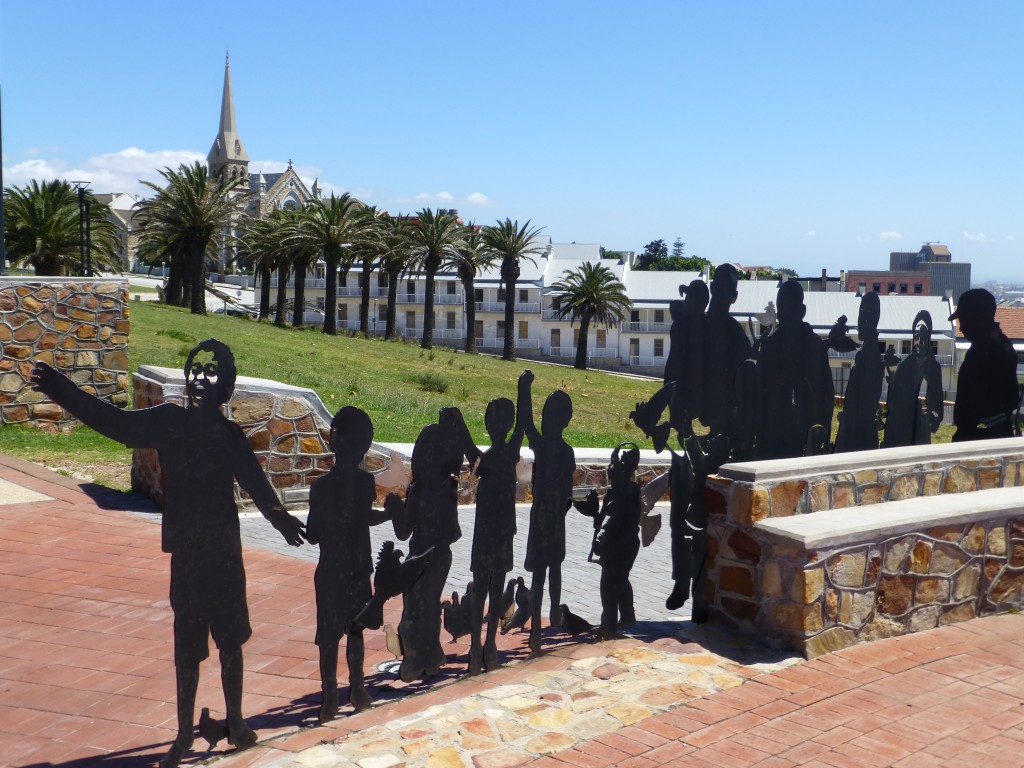 At some point the road became a stairs but the path from up the hill meandered down along the side. I think it stands for the long way and the hard way but everybody will come up eventually.  At some point names were on the pavement, with stars next to them. 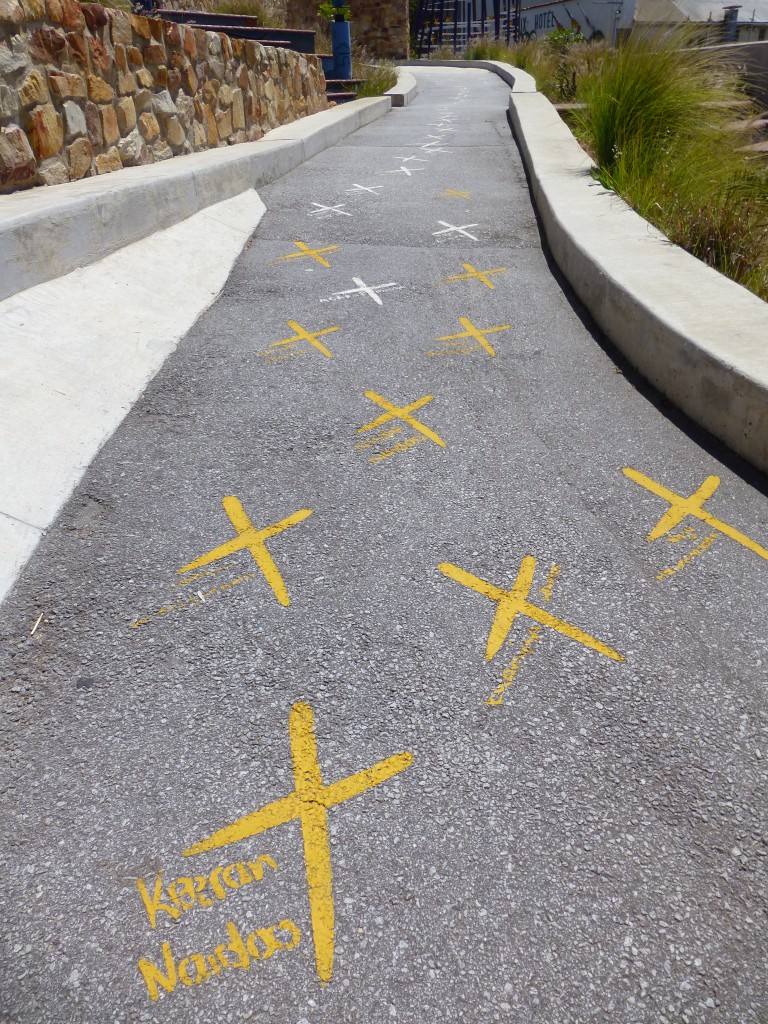 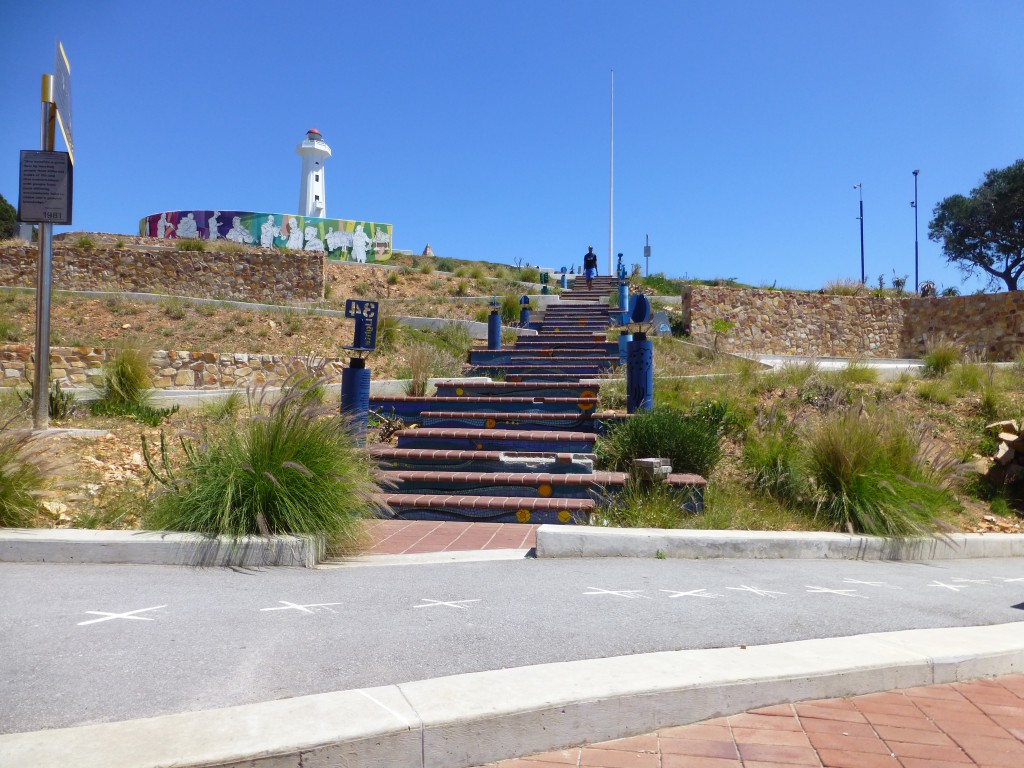 I also saw the name of Steven Biko appearing at the side. All men and women that had a influence on the things that was happening in those times. When we went further down we came at a square and down again the long road of the struggle went. 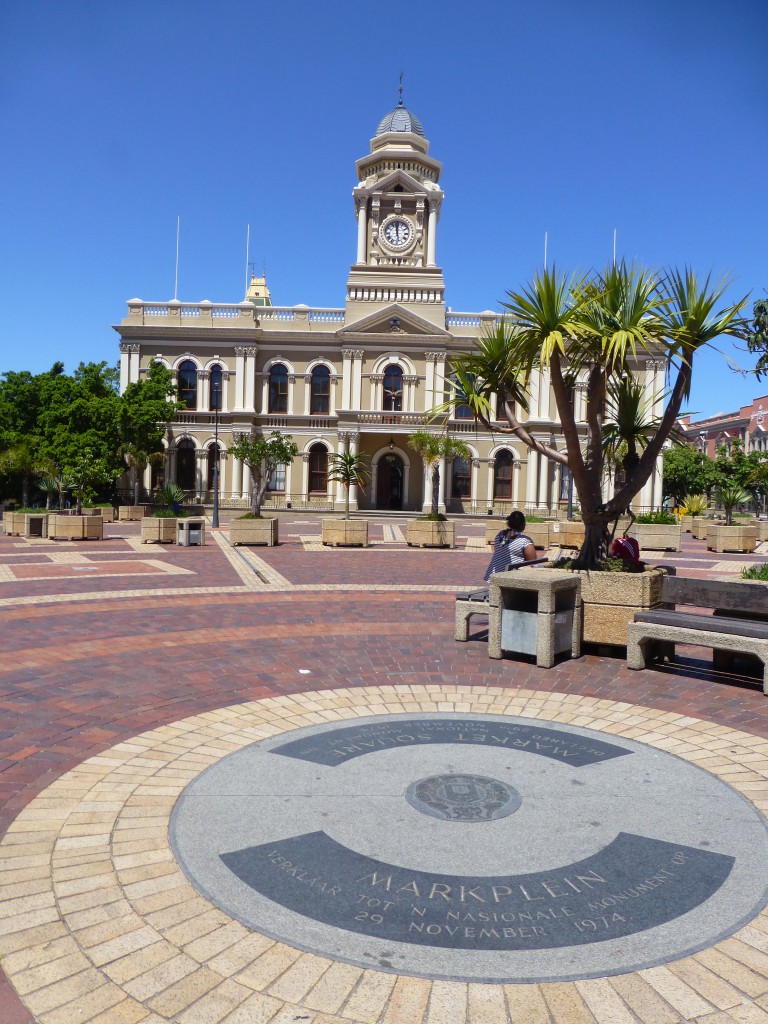 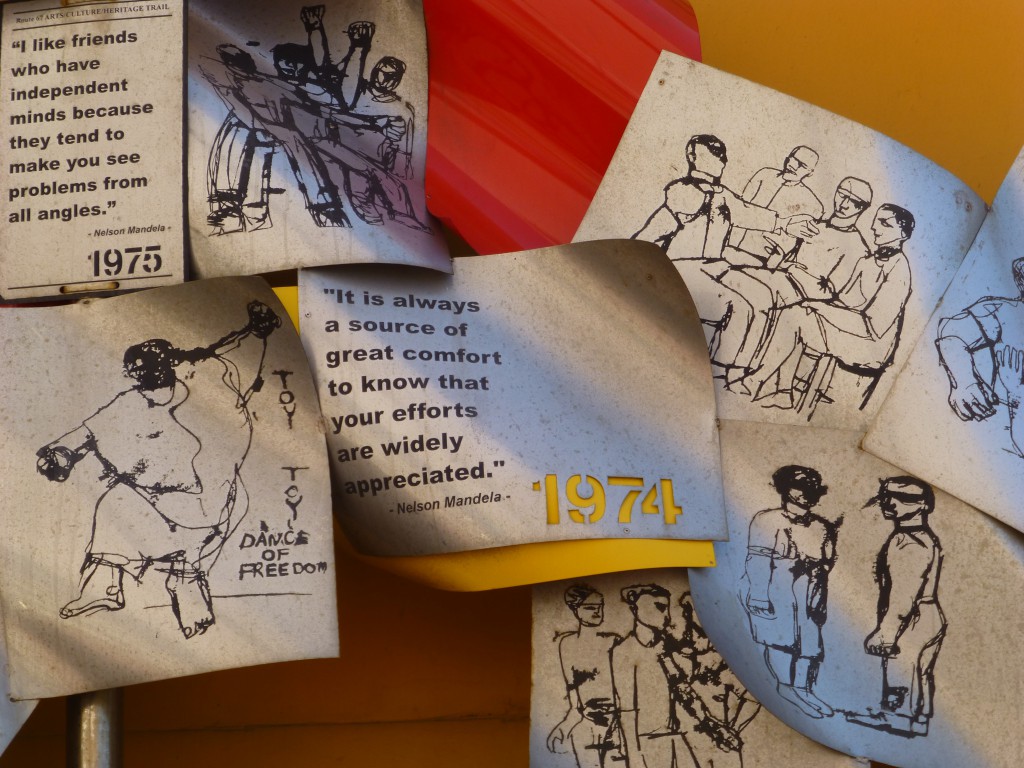 pages out of the book along the path

At the very start of the long road of the struggle was a well, from there it all started. I saw many words on the ground like joy, education, compassion, love. But I also saw words in languages and letters I can’t read, probably the same kind of words. Those words became a book and the pages out of the book went on their way up… Great!! 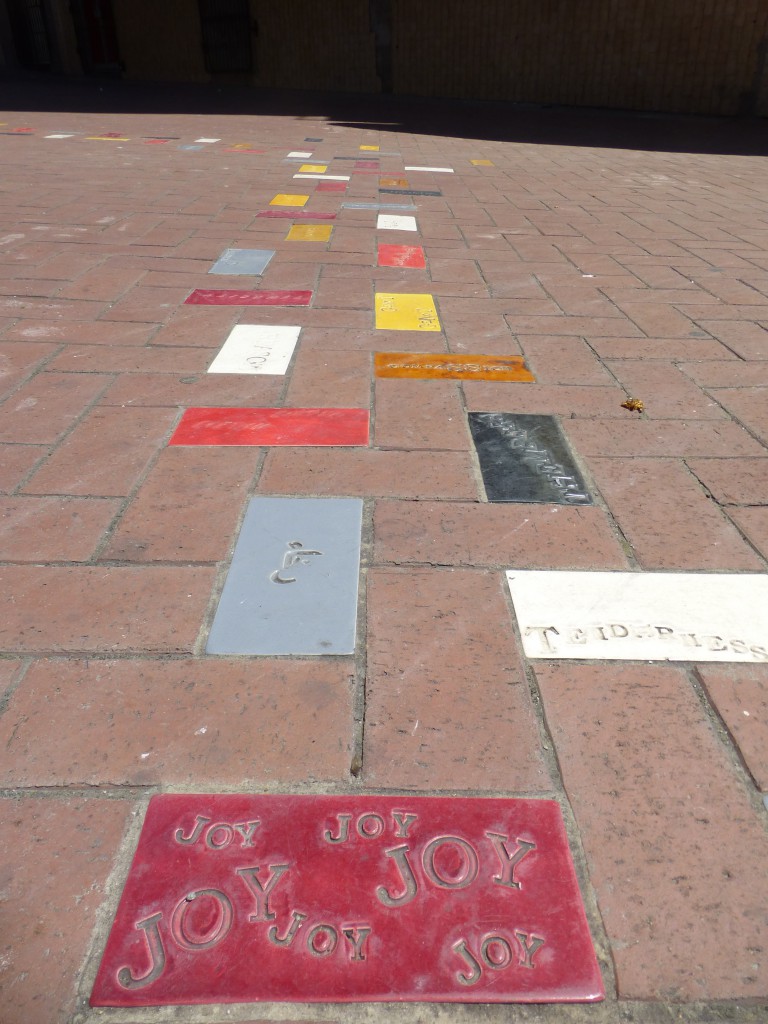 Looking for some more stories on South Africa?

Or can I inspire you to go to The Gambia and get a homecook dinner?