I live in The Netherlands and there are so many great places here that I’ve never visited. That is why today I went to the starshaped fortress of Naarden Vesting. It is a great structure, a fortress build in a star shape. Did you know that The netherlands has a couple of these Starshaped cities?

I love the starshaped fortresses of The Netherlands!!

First time I visited in 2014 and this year, 2020, I cycled 125 K to this fortress to visit again. I wanted to take some new pictures because my first visit was a cold and rainy day. This time I went with bright and sunny weather and enjoyed my views on the starshaped fortress of Naarden Vesting once again!! 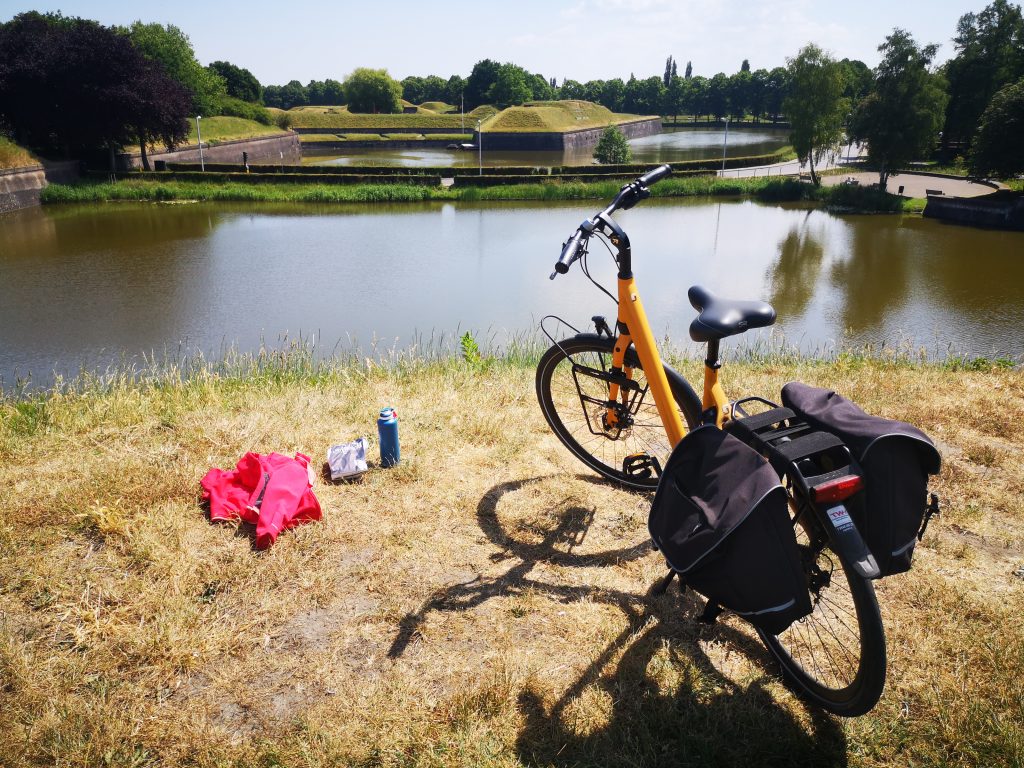 In historical times it was a great fort that seemed undefeatable.

The starshaped fortress of Naarden Vesting has a history that goes back to the 9th century. Naarden got the city law around 1300. On 1 december 1572 the city was attacked by the Spanish. They opened Naarden Vesting city gates for them because they were scared that they would be punished harsh when they didn’t. Once inside the Spanish went to the cityhall, now known as Spanish House, and murdered 700 citizens of Naarden, women and children too. It is now known as the Masacre of Naarden. In the front of the house there is a image that resembles that masacre. Left building is the Spanish House 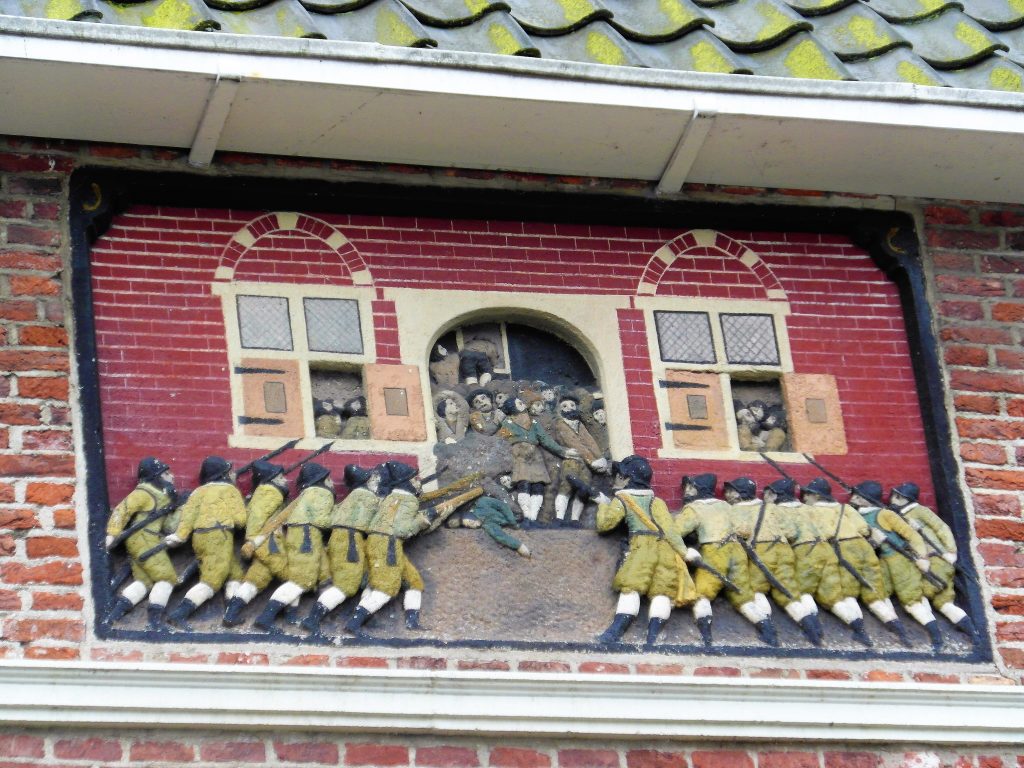 When you visit Naarden Vesting you will defenitely see the old City Hall is also. You can’t miss it, it is a great building! It is located in the centre on the opposite side of the street near the old church. The second time I visited Naarden Vesting I had my hotel just next to this great old house. When you stand in front of it and look up it has so many great facets to look at. 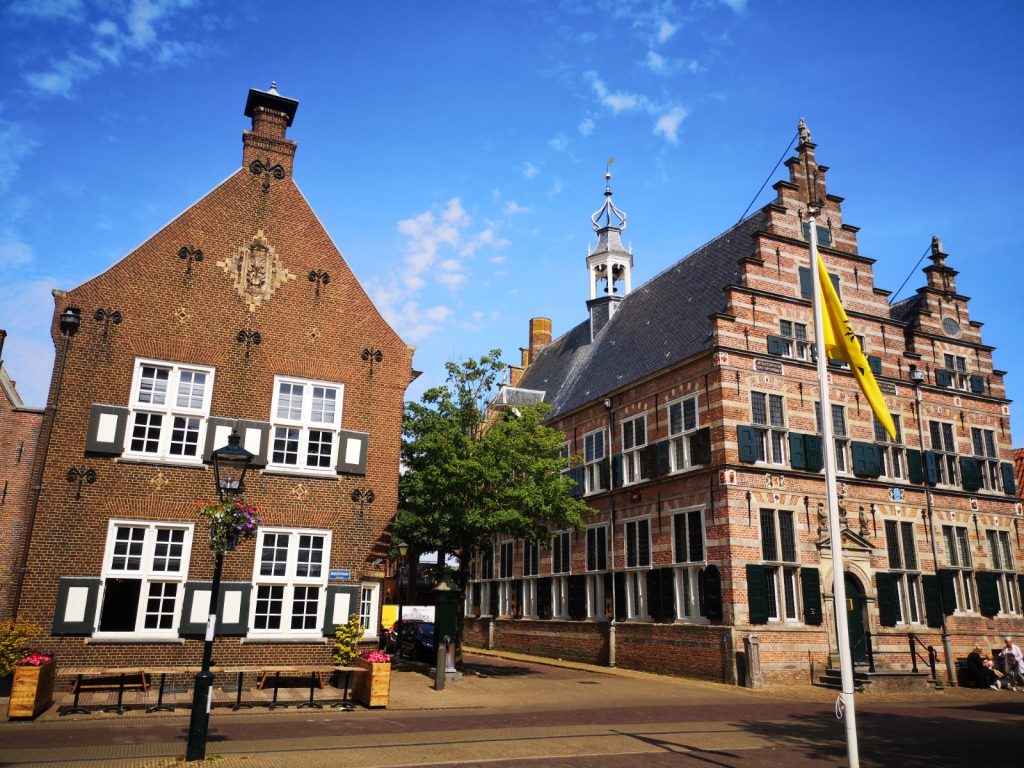 When you turn around you’ll see the old church. Haven’t been inside but just walk around it and see the structure. On the right side you will find a statue of Jan Amos Comenius. He was a priest and as so far known only buried in Naarden. He comes from Poland but was exciled and went to Amsterdam, The Netherlands. They didn’t have any money to bury  him there so that’s why he is in Naarden. There is also the Comenius mausoleum a bit further in the city. This statue was donated by Poland. 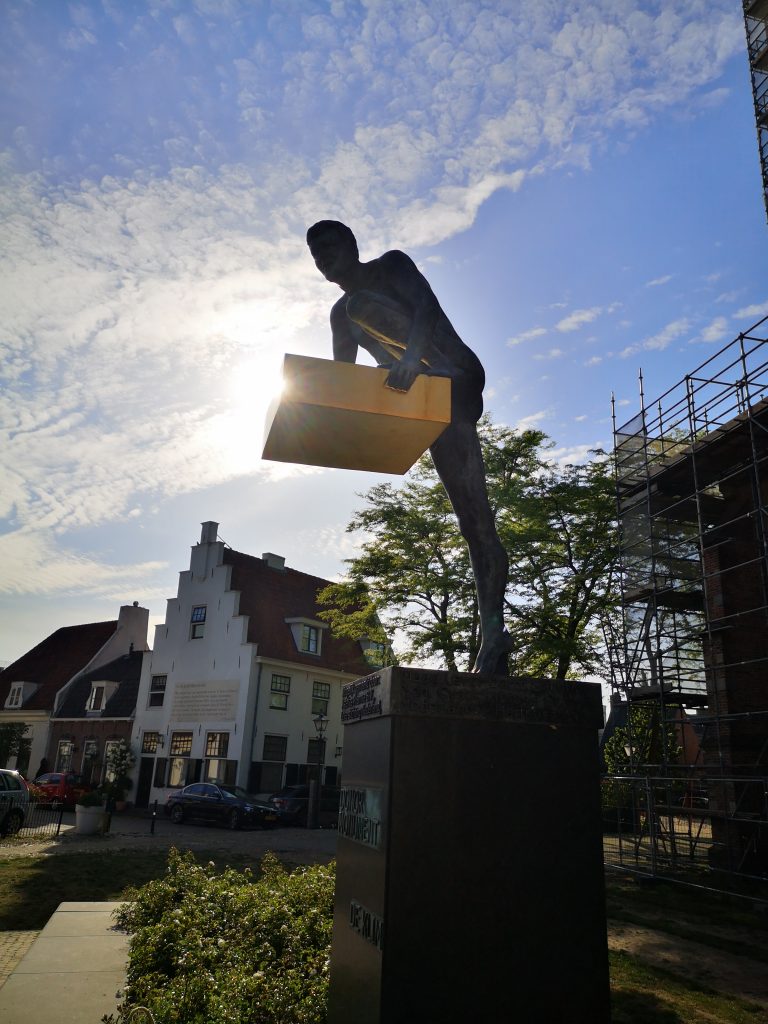 On the other side of the church you have this statue, it is donated by the donor foundation and it shows how you can climb up to a new life with the help of a donor. 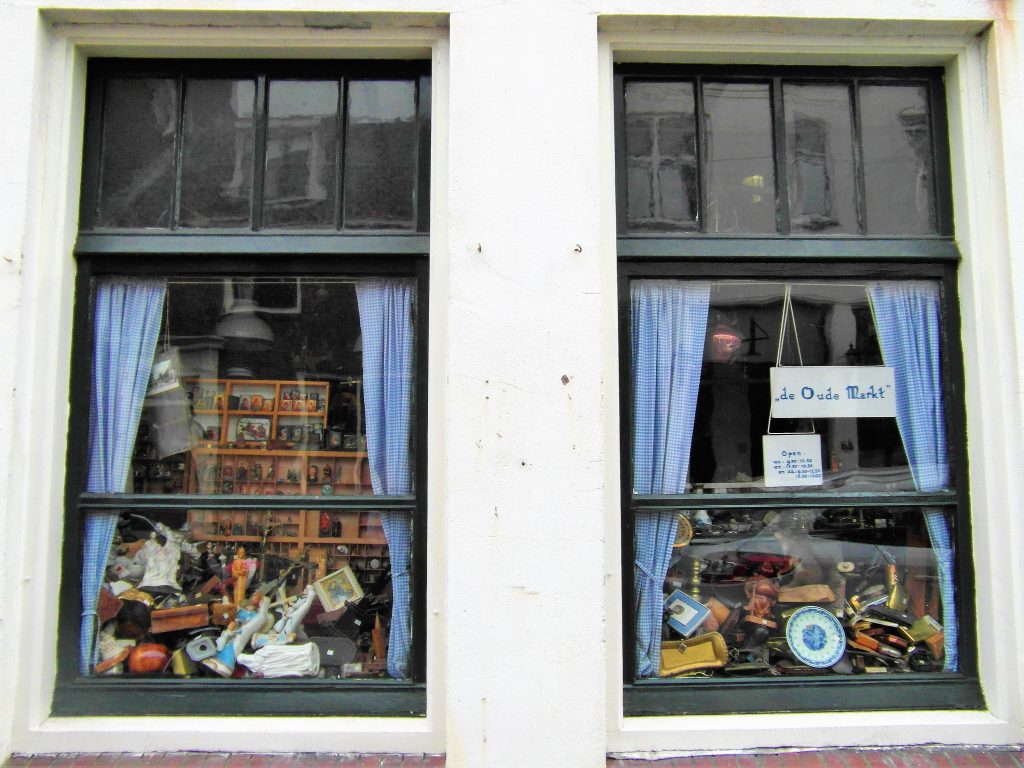 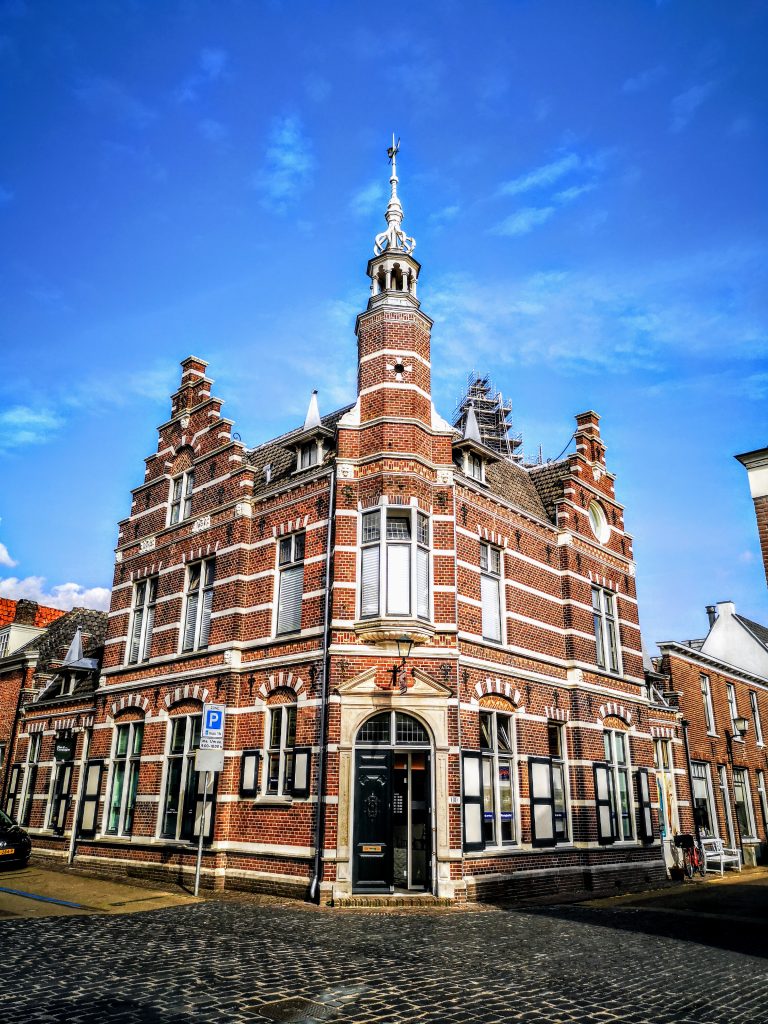 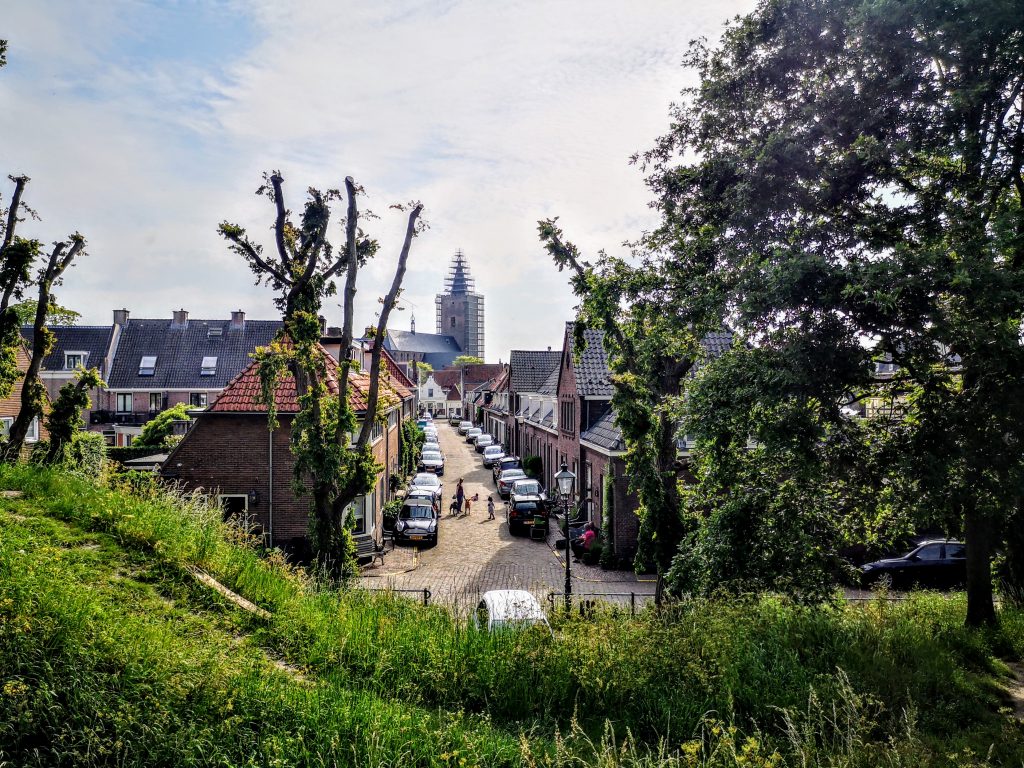 The fort has two gates. This one, the ‘Utrechtse Poort’ is an eye catcher. It is beautifully decorated and looks like it did so many years ago. A small park in front of it lets you spend time there and enjoy the view! In that gate is also the VVV, that is a bureau for tourists, on the right side. And on the left side information and pictures about the fort and other forts in Holland. Really worth a visit. The explanation is also written in English. 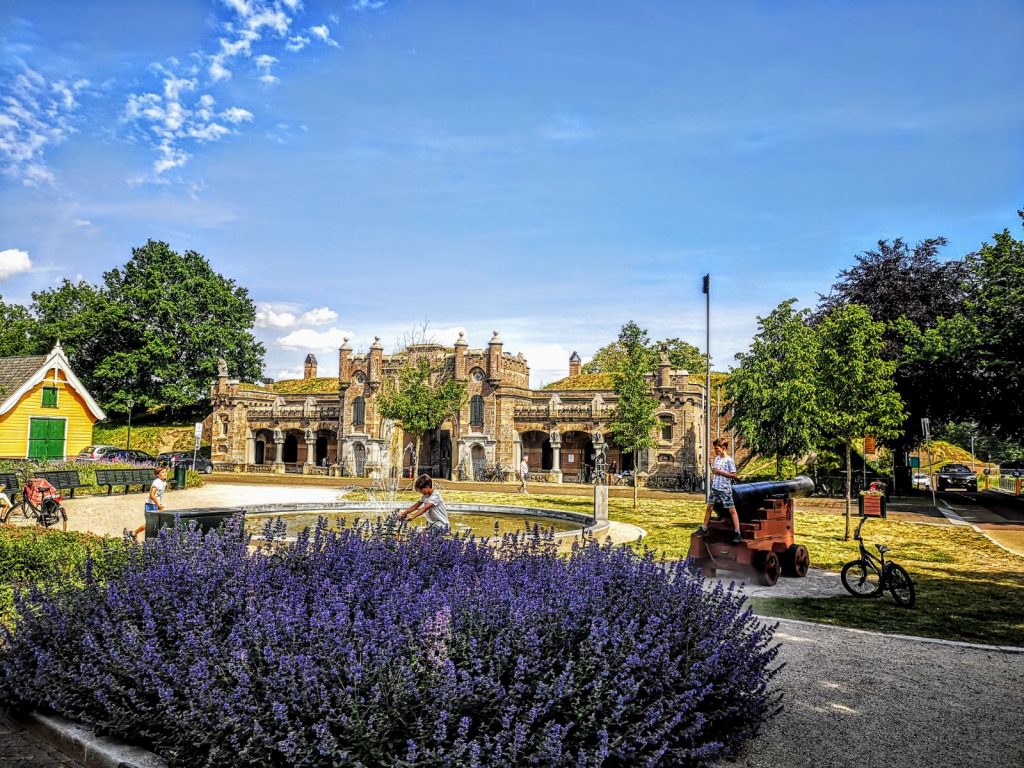 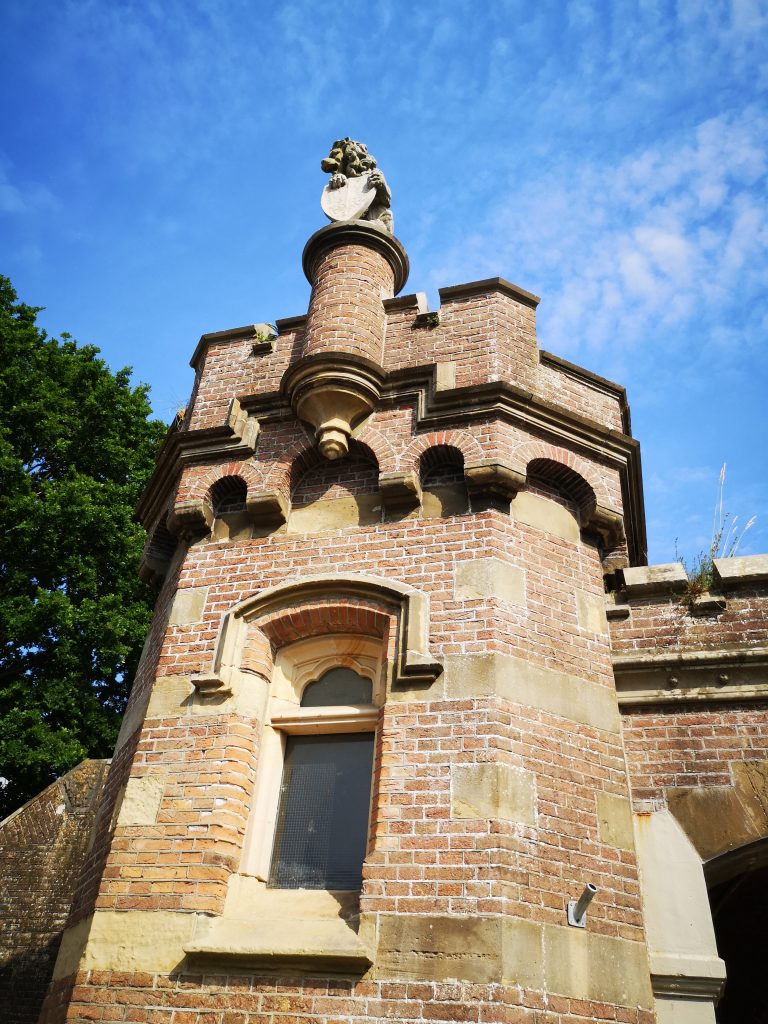 If you are visiting Naarden Vesting and need some information about the city and the surroudings you can visit the VVV. That is the information centre, it is on the right side of the Utrechtse Poort. Utrechtse Poort seen from outside the city

From the inside you can also easily climb up the defense wall. I do recommend you to take a walk on the inner wall of the starshaped Fortress of Naarden Vesting. It gives you great views and a better feeling of how this city once defended itself. 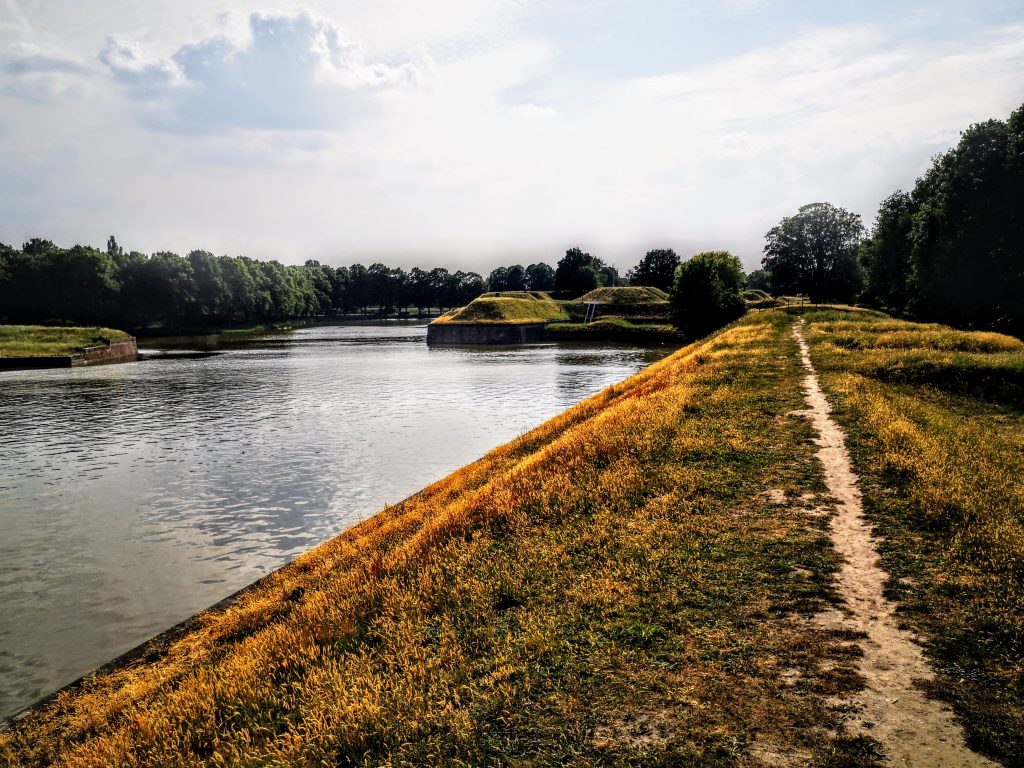 The Starshaped fortress of Naarden Vesting has two defense walls. So if you go walk on the outside of the first water you will see at some points that you are walking in between them. These double defense lines were great and they had an almost unconquered fortress. 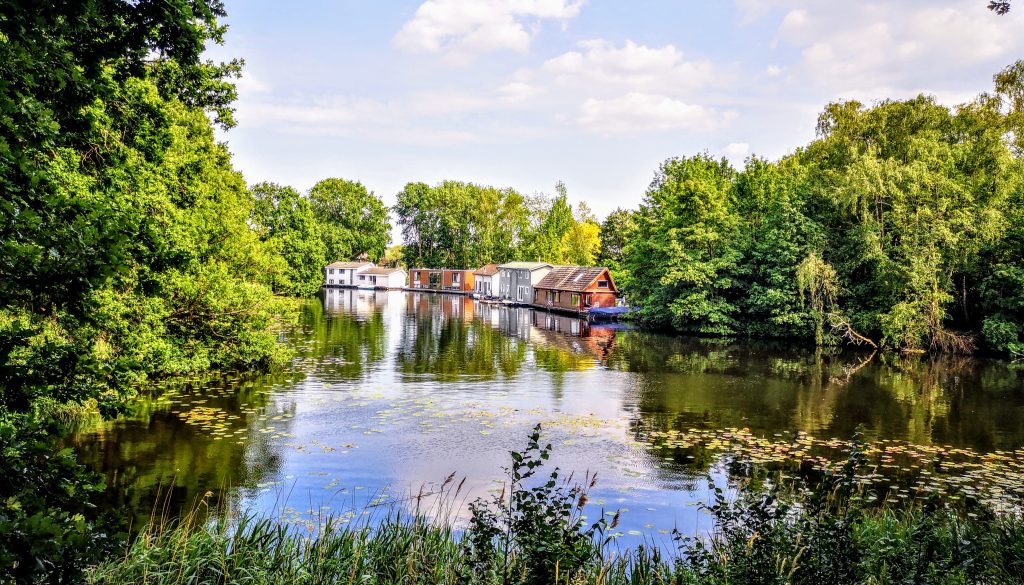 Houseboats on the outer waters of the starshaped fortress. Only seen from the first defense wall looking outwards.

Tip: Check google maps for Naarden and see how beautifully starshaped this fortress is! 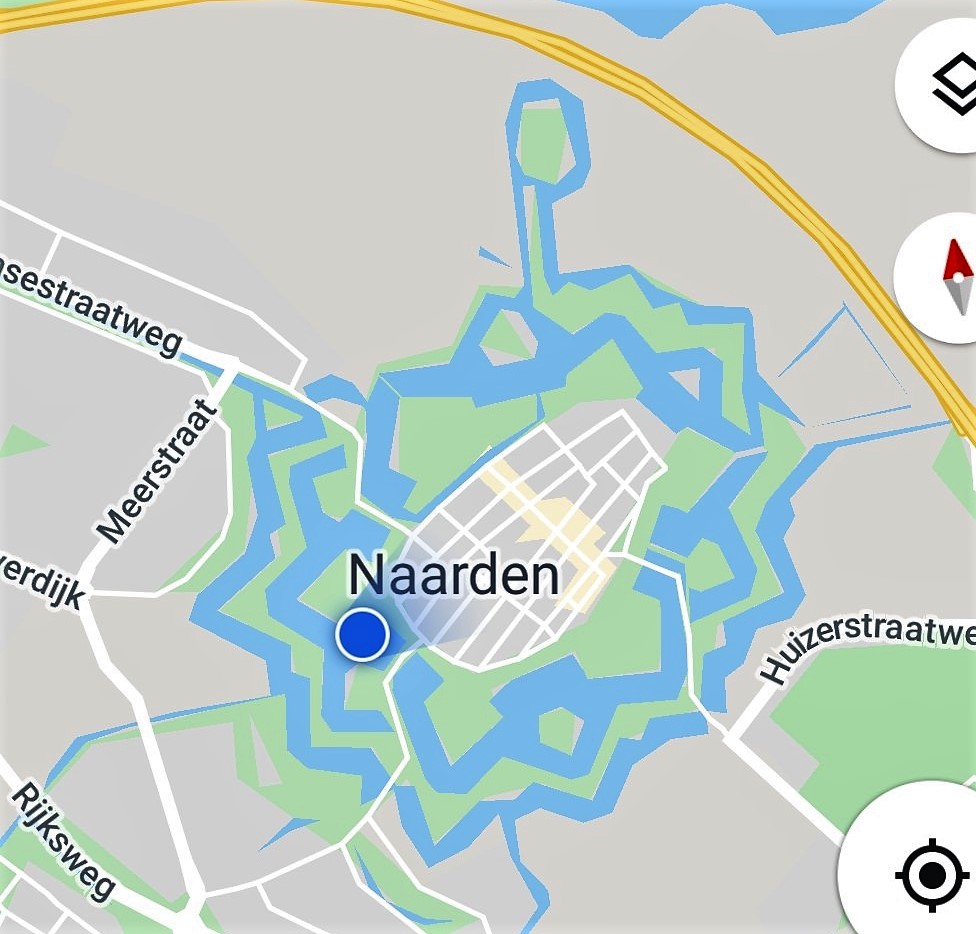 In 2014 we also went to the Netherlands Fortress Museum:Nederlands Vestingmuseum. The Museum was established in 1955 in the Turfpoort Bastion, one of the six bastions that give the walled city its distinctive star shape. 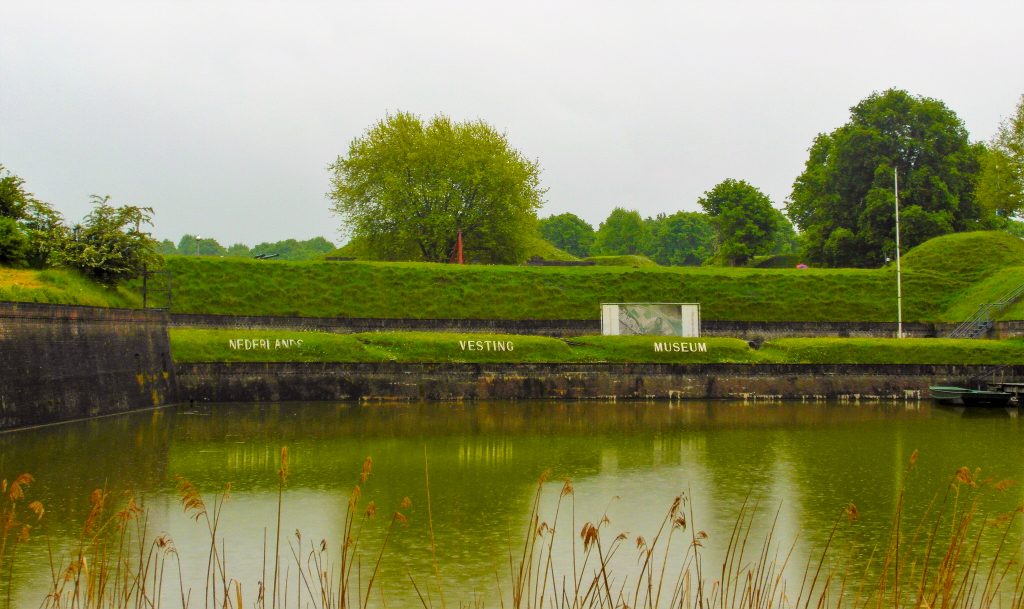 It’s a great oppurtunity to walk on the inner wall!

You can still see the canons pointed to the outside, ready to shoot 🙂

You can also go into the basements. There are several exhibitions located in those basements. There are still canons situated in there and you can see how the people lived in there. We saw a film about the  waterline in Holland. Holland used to have that as a defence line. If there was a threat of an enemy they would open the gates and let the water out over land, the water float out to be a couple of meters till a couple of km’s wide.

It was to deep to walk with a horse and cartridge but not deep enough to sail with a boat on it. So the enemy couldn’t cross it. They had this plan, and were still building this untill the 1950, while the cold war could be a threat. You can play this film in several languages, French – German – English and Dutch. After walking the museum grounds for a while we took a walk around the city of Naarden Vesting. It’s a walk of 3,5 km and it takes about an hour. It is a really nice walk, you can walk on the inside, on the walls and bastions but you can also walk on the outside and get some really nice views on the city walls and the churchtower. The last walk we did. 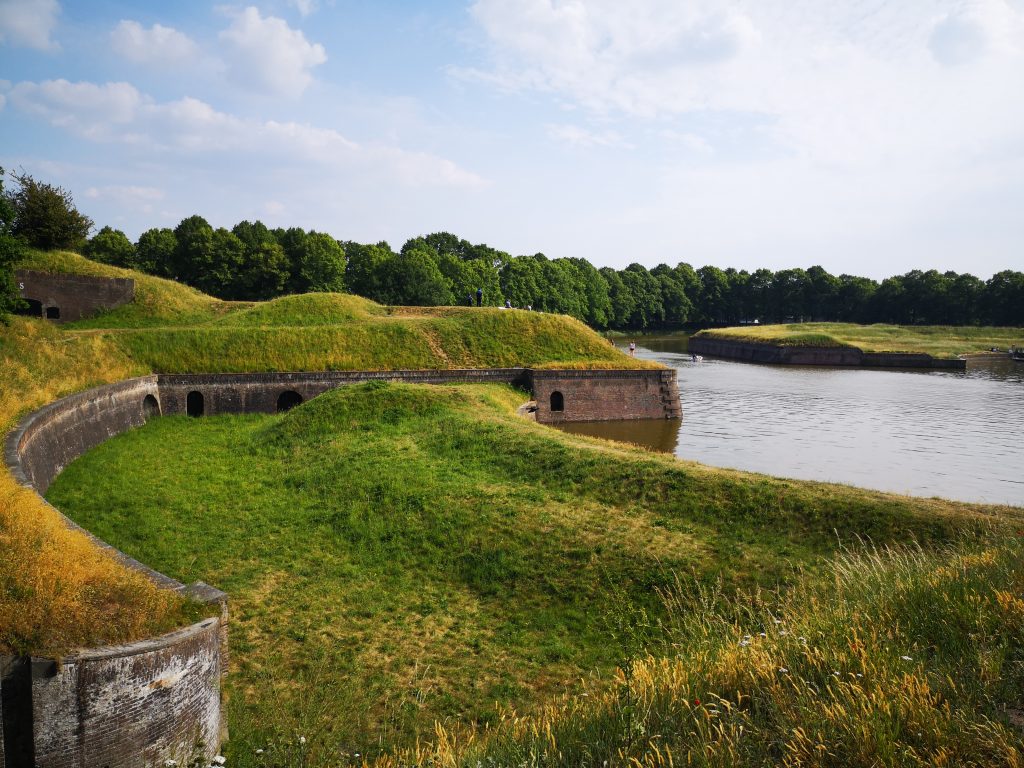 The wall of the star shaped fort of Naarden Vesting 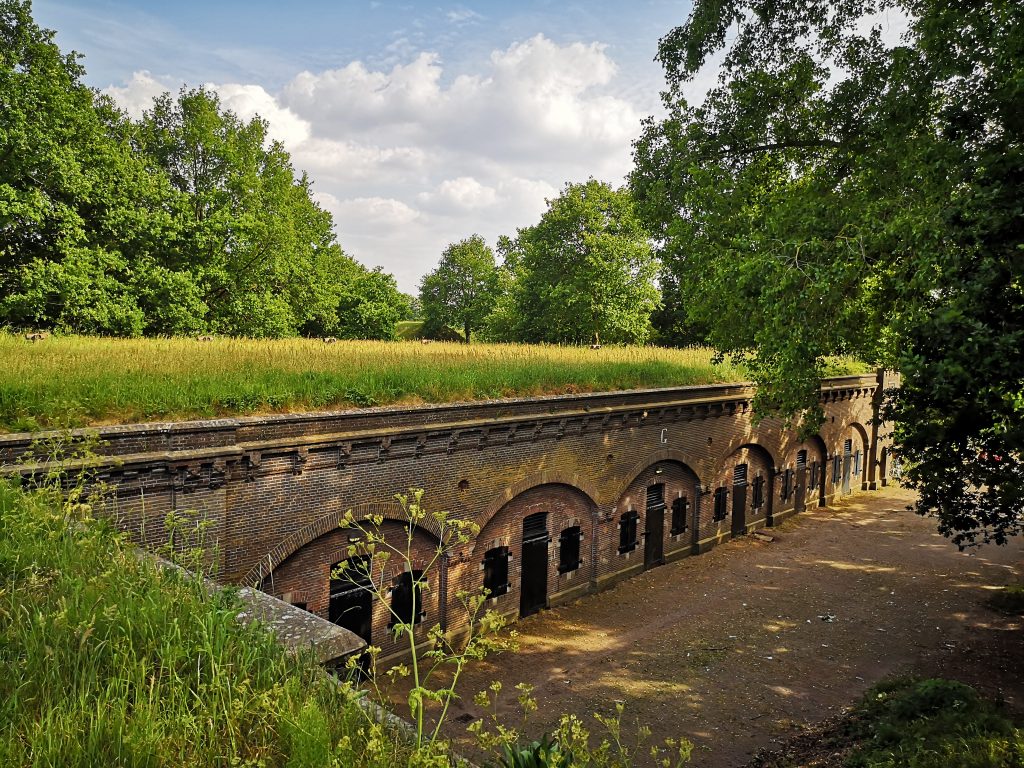 Walking on the outside of the Fort 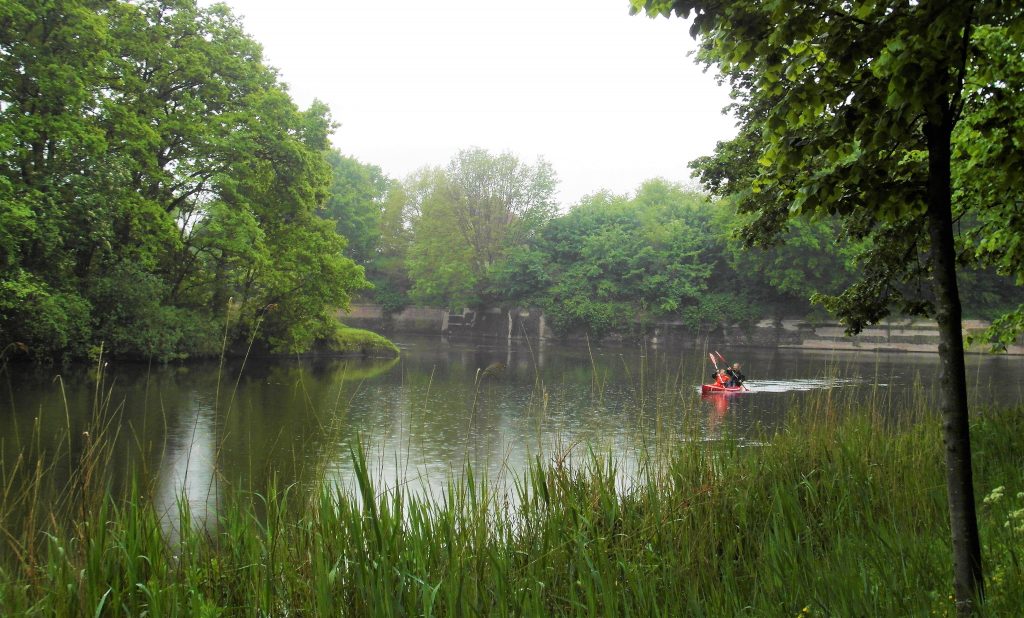 If you look in the area surrounding the fort you see all kinds of bunkers, also called Kazemat. 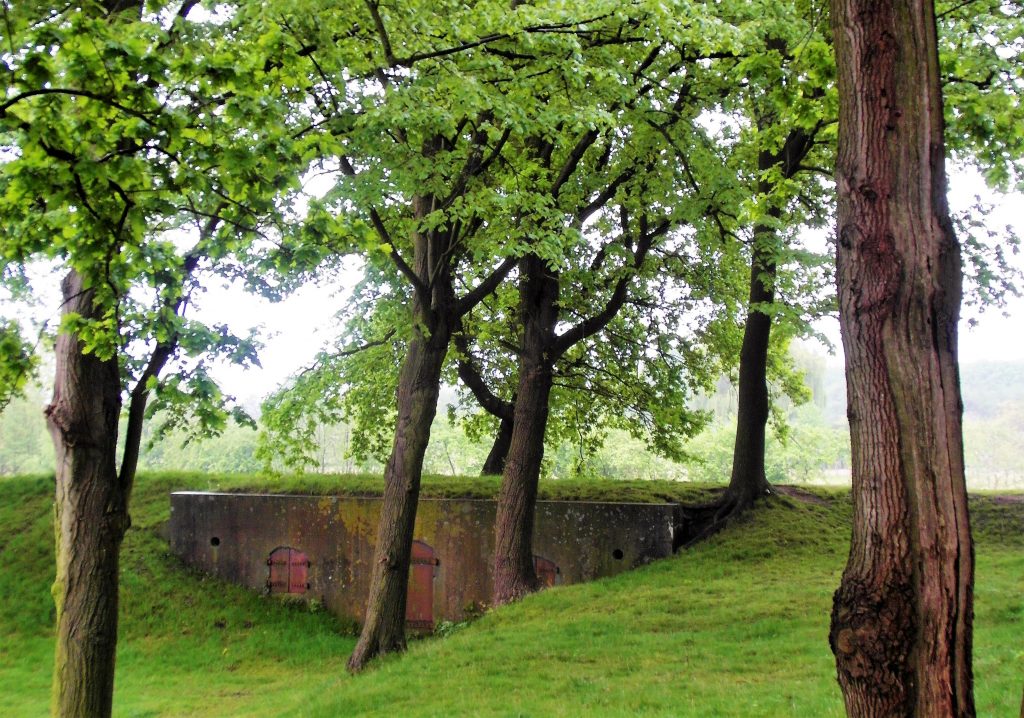 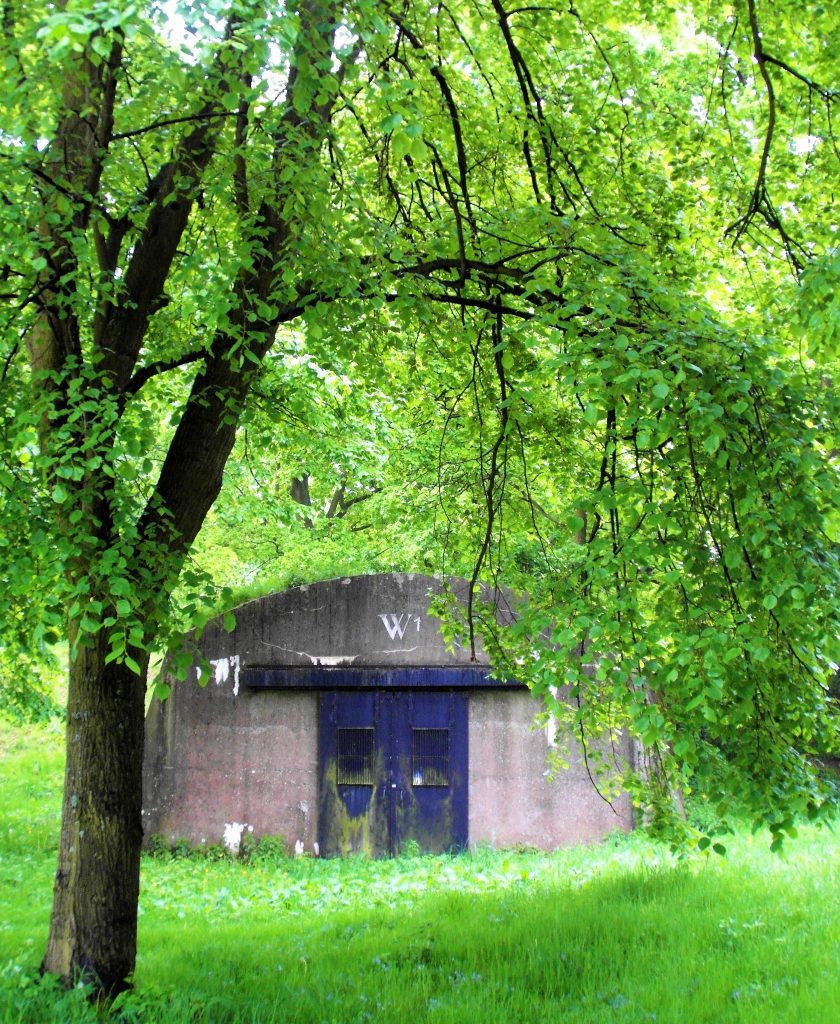 The weather wasn’t that great but it wasn’t raining all day.

Well it is The Netherlands….so what can you expect 🙂 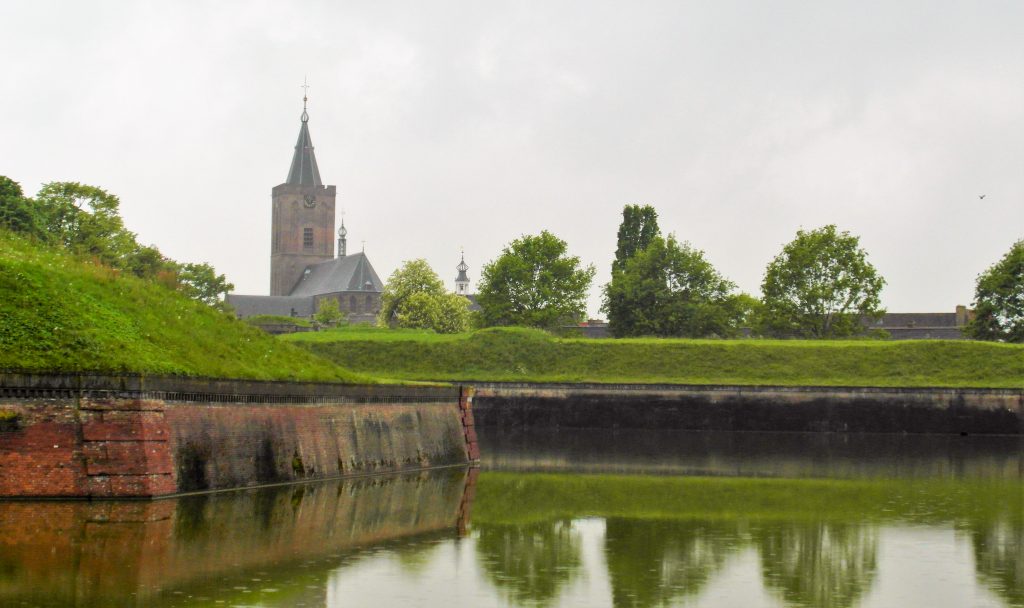 During my last visit I also stayed for the night. I booked the great hotel in the centre of Naarden Vesting. It is not cheap but no hotel in Europe is…if you ask me 🙂 When traveling alone it is always more expensive as you pay for the whole room the same price as people pay together… But hey, you don’t hear me complaining when you get a room like this!!

It only had one chair, but it did had two sinks… and a rainshower!! And my diner and breakfast was just the best!!
No complaints from my side!

Want to see other inspiration for The Netherlands?

10 Things You Need To Know About The Netherlands

Cycling Along the Great Mills of Leiden

Do also see other Starshaped Fortresses in The Netherlands

Starshaped fortresses in The Netherlands