No one is waiting for nightly adventures! Am I scared then? No, I’m certainly not easily frightened. Alert? Yes, I certainly am. Not that this leads my life, but I have made it my own. Is that wrong? I think it is very good. Also through my work I have of course developed feelers and I use them during my travels. I have shared tips about this before. I certainly don’t challenge you to be a hero but I also don’t think we should play the easy victim.

But I’m not looking for nightly adventures!
Do you?

The world changes when it gets dark. When I go out in the street at night I meet few people and the people I meet are often not the most charming. The people who have their lives in order then sleep, or work somewhere inside (factory or such) or they are my colleagues from the police or security 🙂 But most of the other people who are still on the street… are looking for something, they want to make money or look for other company that most likely will not be you.

Do read these tips.

When I travel I am often in my hotel room after about 9 o’clock in the evening. Unless I travel in a group and we have a drink together or something. Or if I am in a super tourist area where there is a lot of supervision. On my own I can’t be found on the street anymore or I have arranged for a trusted cab to take me to a hotel if I arrive somewhere late at night.

My way of travelling and view on safety ensures that the stories I can share from my own experience are not so shocking, fortunately! I am adventurous but in a responsible way… So for the most part not at nightly hours!

Nightly Adventures.. Are you looking for them? 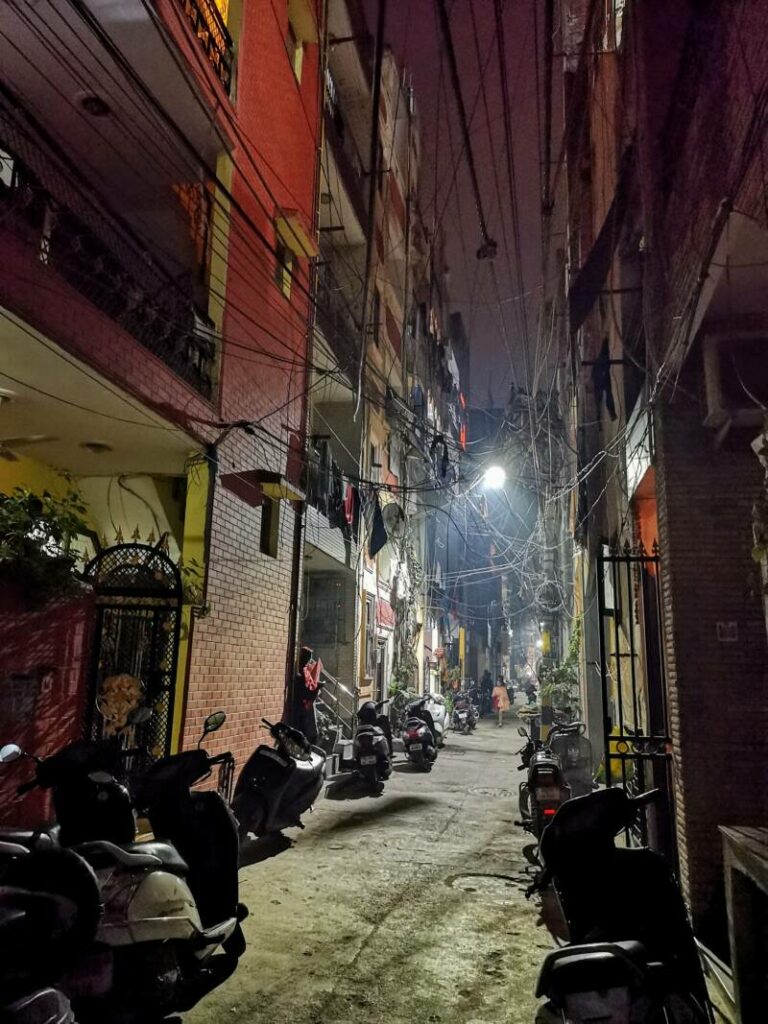 Why you shouldn’t be in the streets when it is dark!

There can be different types of threats. It doesn’t always have to come from humans, just read my following examples of nightly adventures.

I was brought to my resort by 2 cab drivers in a rickshaw. It was already late… and there was no one on at the big gate of my resort. I was definitely not allowed to get out of the rickshaw and I saw that they were also nervously pulling the gate. It didn’t take long before they forced the gate and made their way inside…. There were tigers walking in this area so they didn’t want to stay at the road for too long at night. This was in Sawai Madhopur, Rajasthan.

But also during my last trip to Austria, my first encounter with the men of Austria was not very pleasant…

Within 12 hours that I was in Austria I was ‘hit on (attempted) by a tipsy senior’ of my booked accommodation and watched by a ‘teenager with a critical overload of hormones’. I really thought about where I ended up here. I survived India and The Gambia without tearing my clothes but here???????? 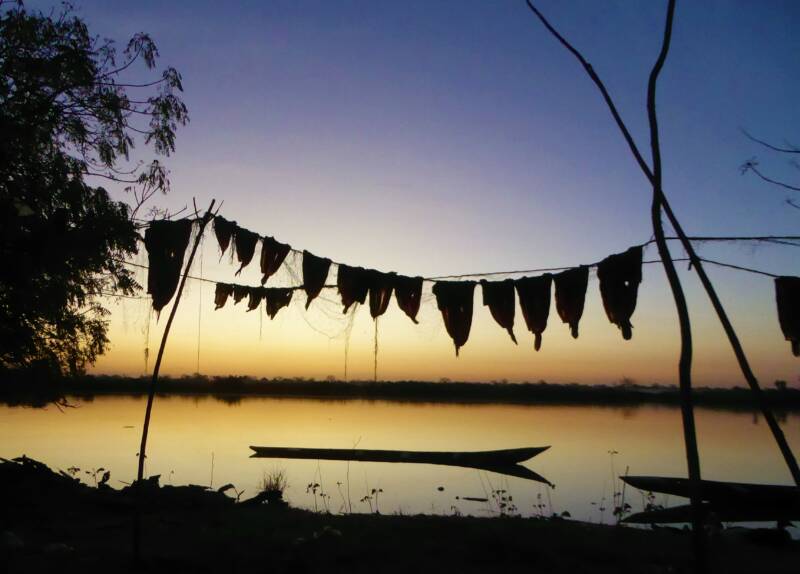 In Laos, Pakse I also arrived very late at night almost early morning. I arranged for a cab to a hotel together with another tourist.

We arrived in Pakse in the middle of the night after a 12 hour bus ride. I saw the German girl also looking around her, not knowing where to go. I suggested we take a cab together and take the first hotel. For her the hotel was much too expensive but because we shared the costs she accepted the offer eagerly. That night I slept in bed with a German I don’t know the name of 🙂 Hahaha travelling solo makes you experience all kinds of things!

Also in the Philippines, in the old town of Manila, near the Intramuros area, I walked in the early evening and saw that the streets around me were becoming empty. When I left my hostel that morning, I was warned to take off my gold necklace with the elephant pendant. There was so much poverty that this was seen as enticement… So that day I walked around without jewelry and saw a lot of people living on the streets.

That evening I was walking the streets photographing the street scene, there was a procession going on. It was that time of the year, getting close to Easter. So when it started to get dark and quiet on the street I walked back to my hostel. The atmosphere changed… There were no more children on the street, families didn’t walk there anymore and the social supervision that you have towards each other during the day disappeared.

Listen to what the local people tell you about safety on the streets out of warning! And ofcourse listen to your gutfeelings.

If you think you do need to go into the streets at night in Delhi – India on your own….

In Delhi an American told me that he didn’t think the night was scary… Yet I saw in his eyes that he was still impressed. I heard that he came into the hotel around 1 o’clock and was escorted to his room. On the street he was addressed by a man with a kind of scythe in his hand. He had chased someone else away so he could walk on safely. The American was even tougher to say that otherwise he would have adressed him himself…

There were still a number of people on the street but they were all armed… This is the heart of Old Delhi and so after 22 hours you will not go out on the street alone anymore!

Most cab drivers you should of course always keep an eye on. Especially if you haven’t been able to book an official cab.

I noticed a scam attempt when I arrived with my father late in the evening by train in Mumbai and took a cab to Mumbai airport. Of course, this could have happened to me during the day. The way I reacted resulted in the fact that the man paid us back and left.

The nightly view on the City Palace
Hotel Udaigarh – Udaipur 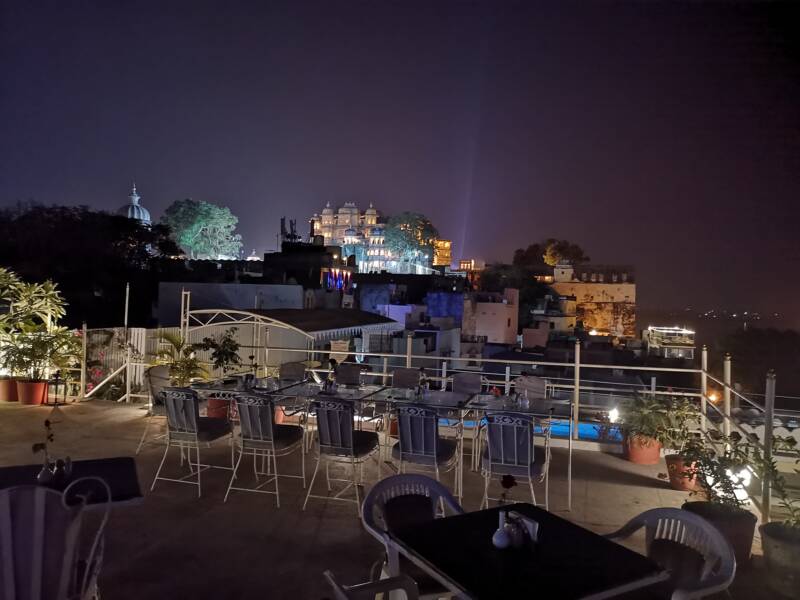 And what do you think of this one?
A deal offered to you late at night on a beach…
Should you?

After my dinner I walked on the beach of Malapascua (Cebu – The Philippines) for a while when I was addressed by 2 males. It was the last night of my stay and I didn’t really know yet how I would leave the island the next day. These two men offered me a crossing to the island of Cebu and then the cab to Cebu city. They could arrange this cheaply. I walked in the dark on the beach and moved a bit more inlands, where the hotels also have a view on the beach…. Coincidentally I wanted to leave tomorrow but this didn’t feel right at all. I said I would think about it for a while and left them behind.

The next morning at breakfast they suddenly stood next to me again. So they had been watching me to find out where I was staying…. I told them I wasn’t interested.

What I like most about this anecdote is the following.  At first, the hotel offered me, for a western (high) amount, to arrange everything. Until I stopped everything, including these males, they finally offered me the crossing for a dime! Super, right?

Moral of this story: Everything will be alright in the end! 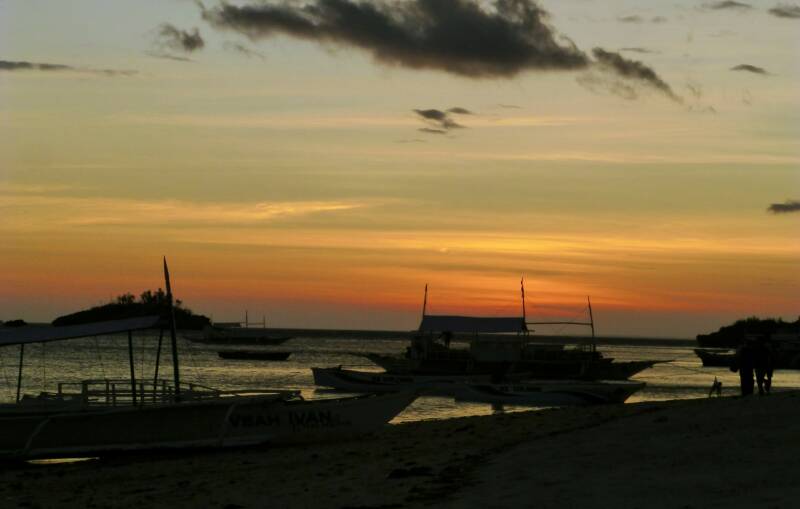 In addition, I want to emphasize that you should not be too scared either. For a certain period I worked in plain clothes (secret section ) in order to be able to arrest criminals in the act. In this way I often walked alone on the street and also quite often in the late evening or at night. In that period I was never addressed or harassed while I walked in those places where I expected it or where there was something going on.

A defensive attitude can take you a long way when it comes to your safety. Keep an eye on your surroundings, show that when you’re being pushed around you stand your ground. Don’t be afraid to ‘fight’ if really necessary.

That fight certainly doesn’t have to consist of fighting but of casting a ‘cheeky/rude‘ glance back or attracting the attention of bystanders by speaking out loud. 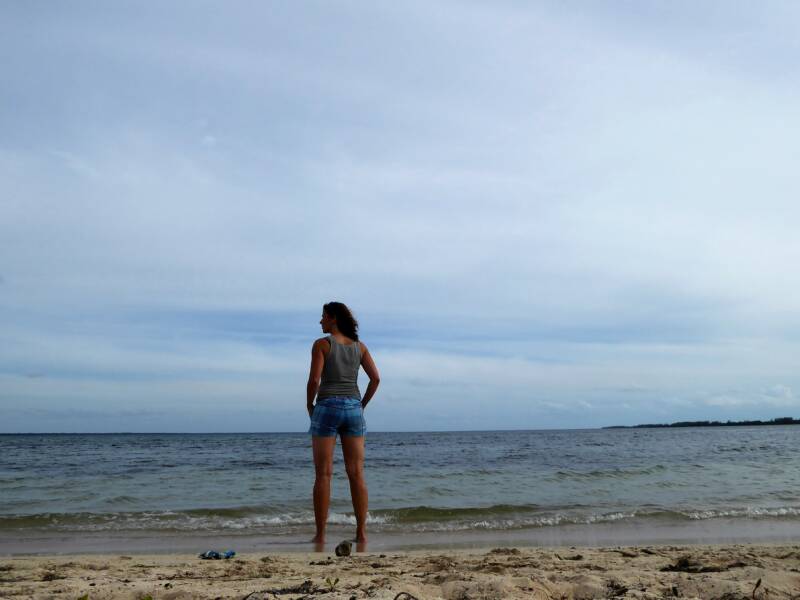 Nightly Adventures – Do you hold your ground?

Think about how many stories you know of people where things went wrong? How many of these people do you really know yourself? Or have they heard about it also? How often did something like that really happen to you or someone you know?

What are the chances of this happening to you?

I often compare it to the fact that people consider the chances of being stopped for a police check to be quite high. So keeping the rules is also a must because you don’t want to be fined. But how often have you been stopped by the police in traffic? Most of the people I talk to during such a check-up tell me that it’s the first time. That they are happy that they can show their driver’s license for the first time so that they don’t always have it with them for ‘nothing’.

Apart from that, you must have your driver’s license with you. And you must have had the lessons and mastered the art of driving. And so be prepared for that situation. 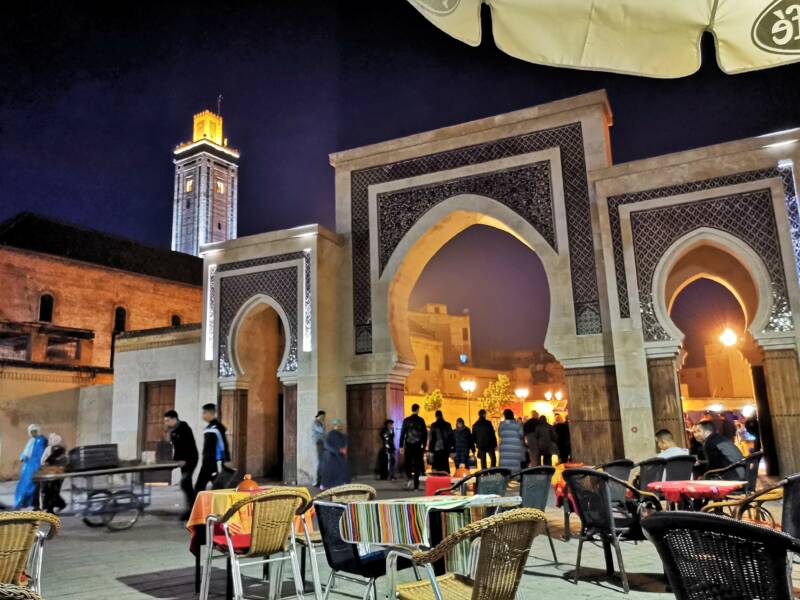 So is it bad to be alert? Is it good to be prepared for a situation that may never come your way? No, it’s actually very good!

Be properly prepared and visualize what you would do if it did happen!

But also be aware that this might never happen to you!
So don’t let it stop you from doing what you want to do! 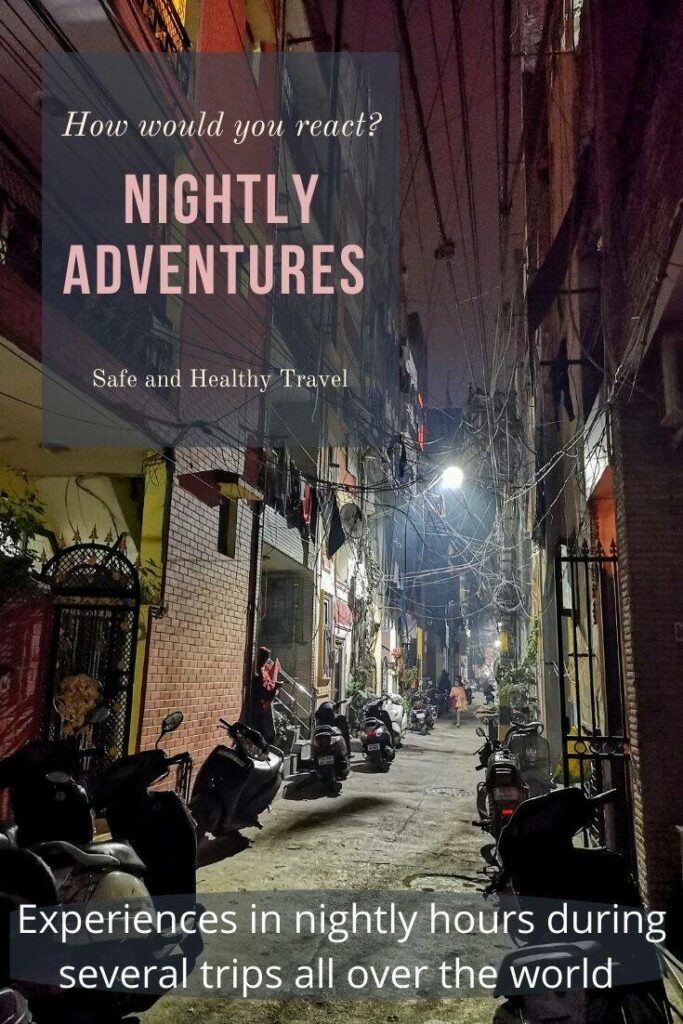 In that context I wrote other inspiration blogs before:

Use the Power of Positive Thinking to your Advantage

My world is still Positive

But also some other blogs

What can you Do to Maintain a Healthy Body

Or check out why a handstand is so good!

The Hanstand is a Must Do! Yoga – Adho Mukha Vrksasana