October 2012 I went on my first solo travel! I did a two month trip around Vietnam, Laos and Cambodia. Looking back it was the best decision to do this…and as we know now.. I didn’t stop anymore 🙂

Hanoi is the capital of Vietnam and with his old quater a must visit! The city is famous for its South East Asian, Chinese and French influences. A great mix if you see that in the architecture, the people and ofcourse the famous streetfood!

I started in Hanoi, I had booked a hotel before I left, the Rainbow Hotel. That hotel was about 1 km away from Hoan Kiem Lake, 1 long road with lots of shops and foodstands. A real nice walk to do each day. Before I left I had read about the early morning sports of the local people around the lake. You just had to go there and watch them sport, dance and relax.
Check my post on Early Morning Activities at Hoan Kiem Lake
And when you’re there you’ll learn the story behind the Turtle Pagode (Tortoise Tower) in the Hoan Kiem Lake in the background of this picture. 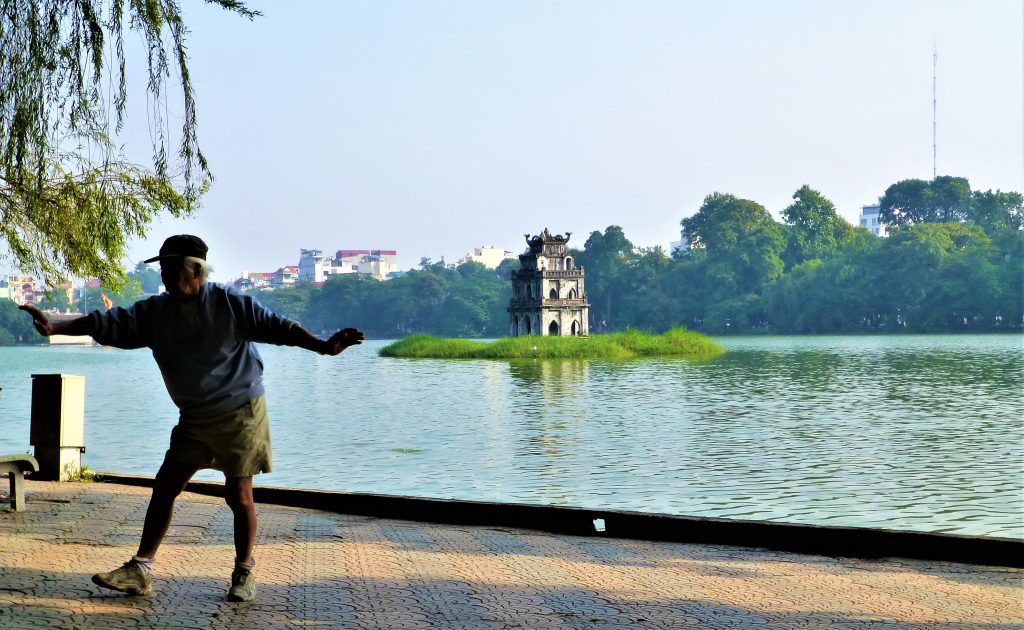 Morning activity at Hoan Kiem Lake
After I had seen that, I wanted to explore the city. I was standing at the street near Hoan Kiem Lake thinking how to go to the typical touristic sites of the city. At some point a motordriver began to talk with me, he could show me around town.
He said he wanted to show me the literature temple, one pillar Pagoda, Ho Chi Minh mausoleum and his house. We could also drive to the biggest lake in the city. Those were all things I had read about and certainly wanted to go to!
Take part in the busy Traffic of Hanoi!
The Temple of Literature
The Ho Chi Minh Mausoleum
The house of Ho Chi Minh
One Pillar Pagoda
Eating the best Pho Ever in Hanoi
The busy streets of Hanoi
Ngoc Son Temple

Spending A Day in Hanoi, Vietnam My driver/guide for this morning
Afterward he would bring me to a great restaurant where lots of locals would eat. They served the best pho (noodlesoup) he said. Just one kind of pho but it would be the best! I decided to go with him so I put on his helmet and I got on the back of his motor and we went driving through the busy streets of Hanoi!

Take part in the busy Traffic of Hanoi! 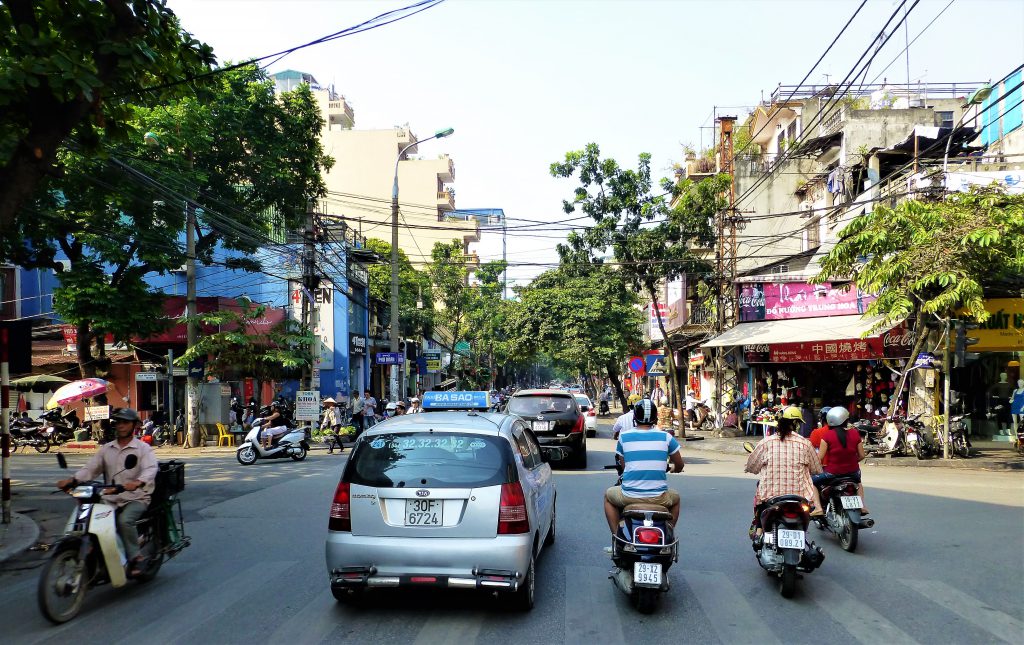 Riding through the traffic
Unfortunately I didn’t dare to make much pictures sitting on the motorcycle, because of the traffic. I was scared to loose the camera by dropping it 🙂

Spending a Day in Hanoi 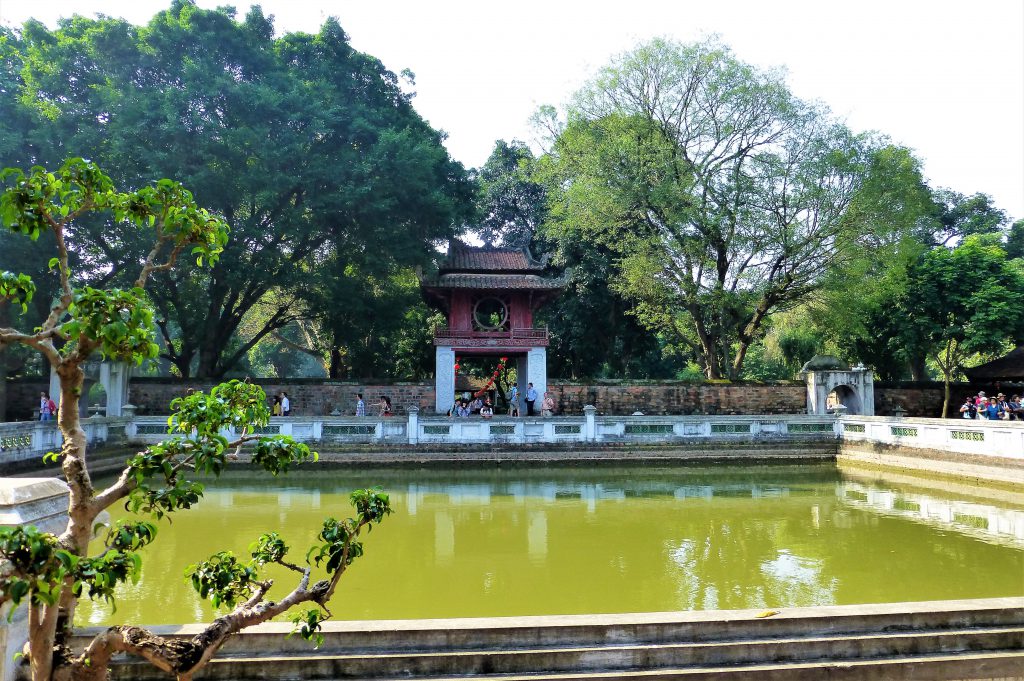 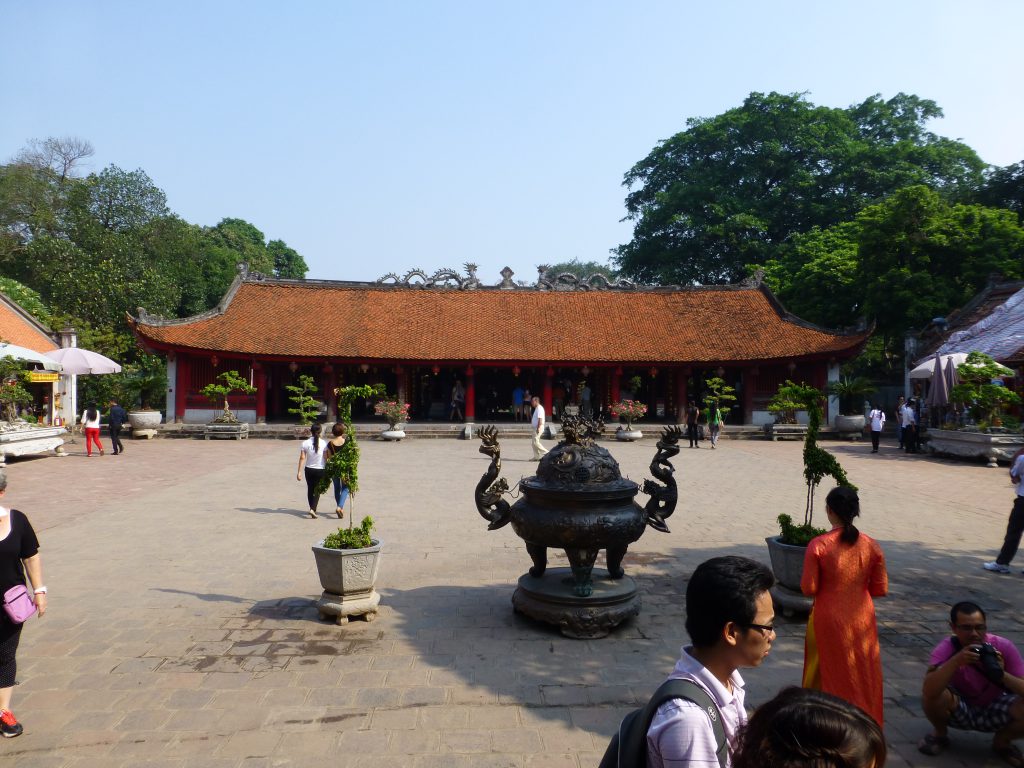 The Temple of Literature 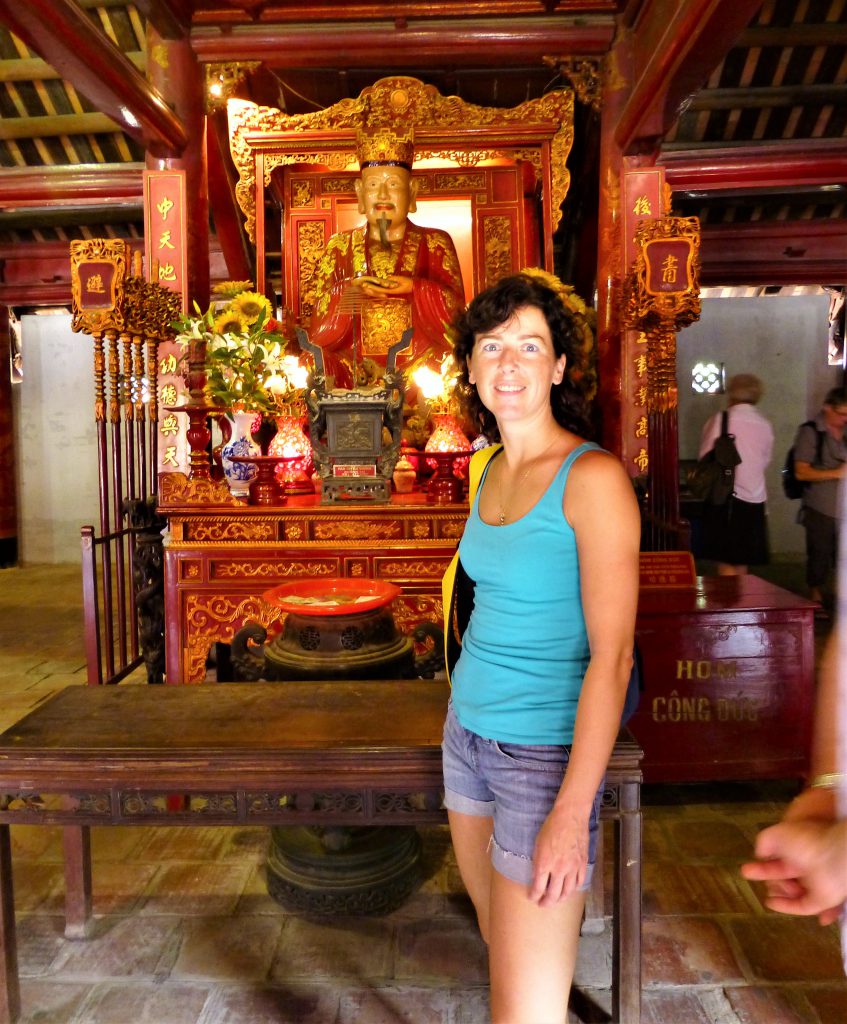 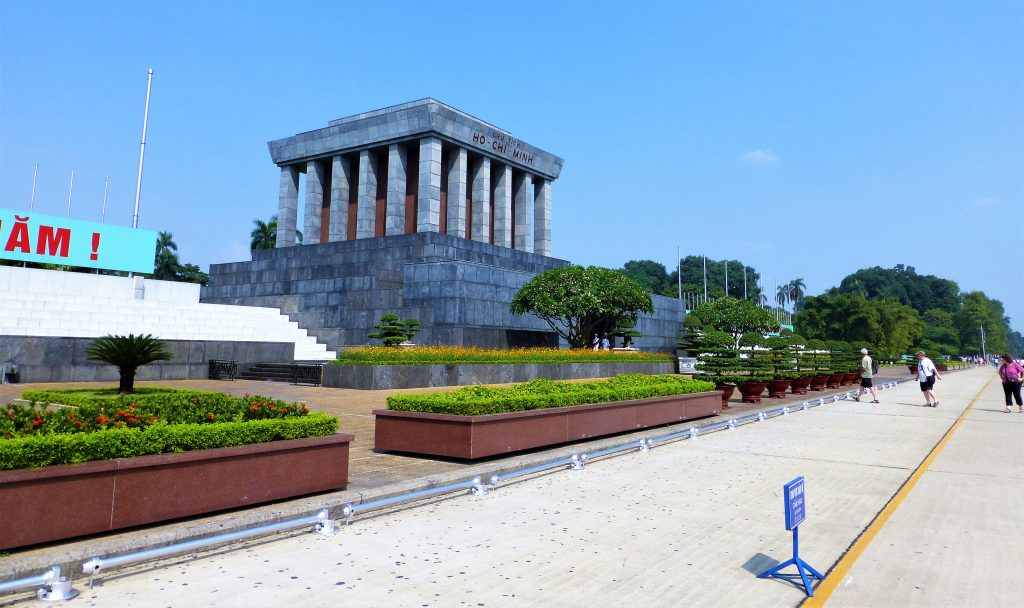 At the time I was at the Mausoleum they were renewing the building. So I couldn’t get inside and watch it. But seeing the building alone was impressive too. And the museum was great too. I didn’t know that much about the great HCM. So to see his lifestory, where he was raised and how he got to be such a great personality was good for understanding everybodies excitment about him. He has accomplished a lot!

Spending a Day in Hanoi, Vietnam 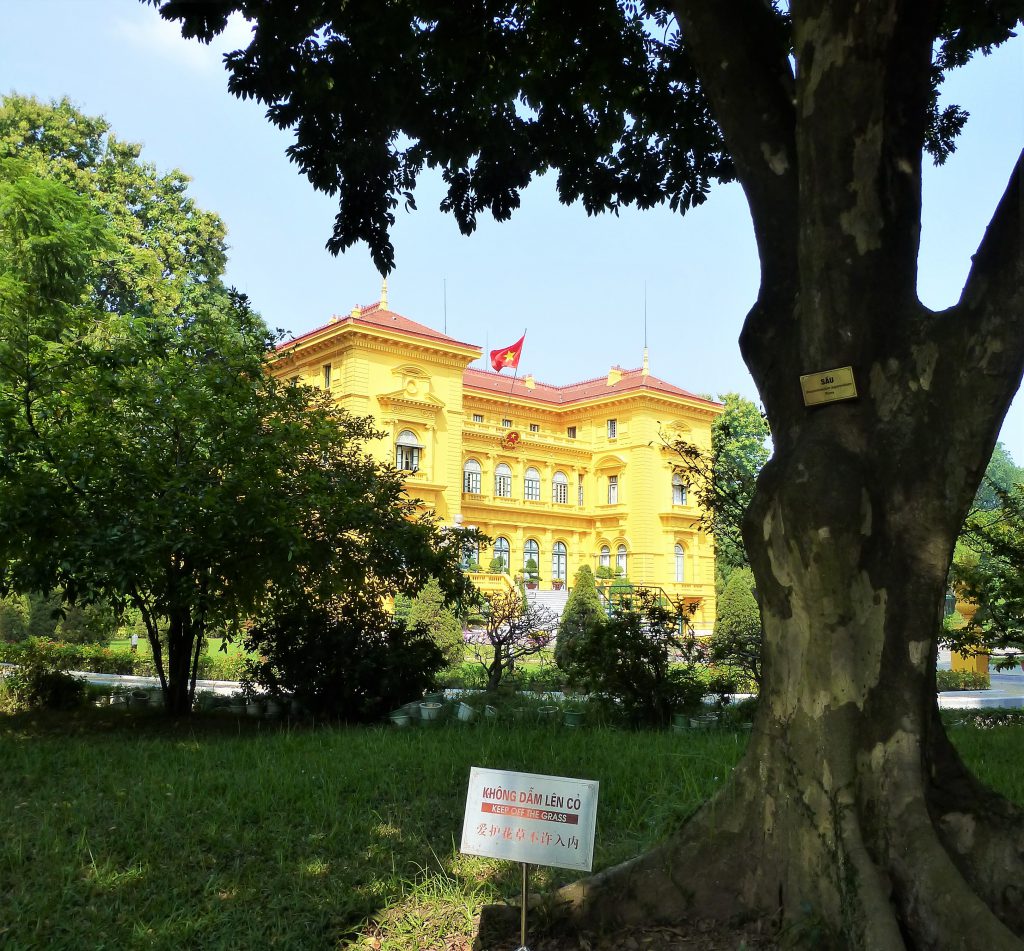 The house of Ho Chi Minh 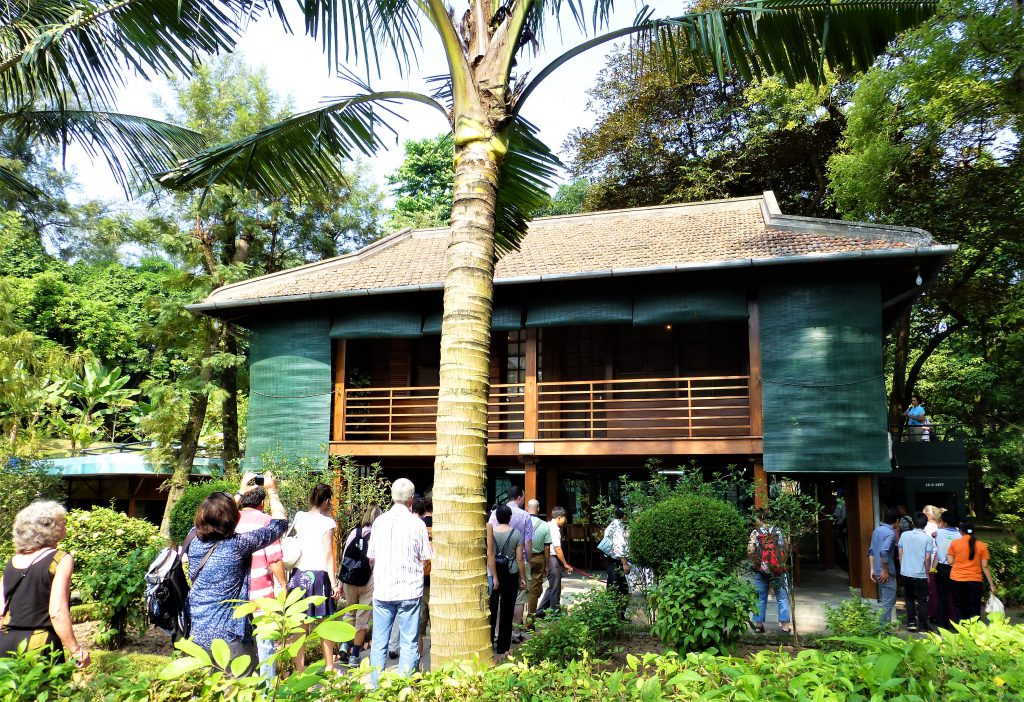 The house where HCM actually lived 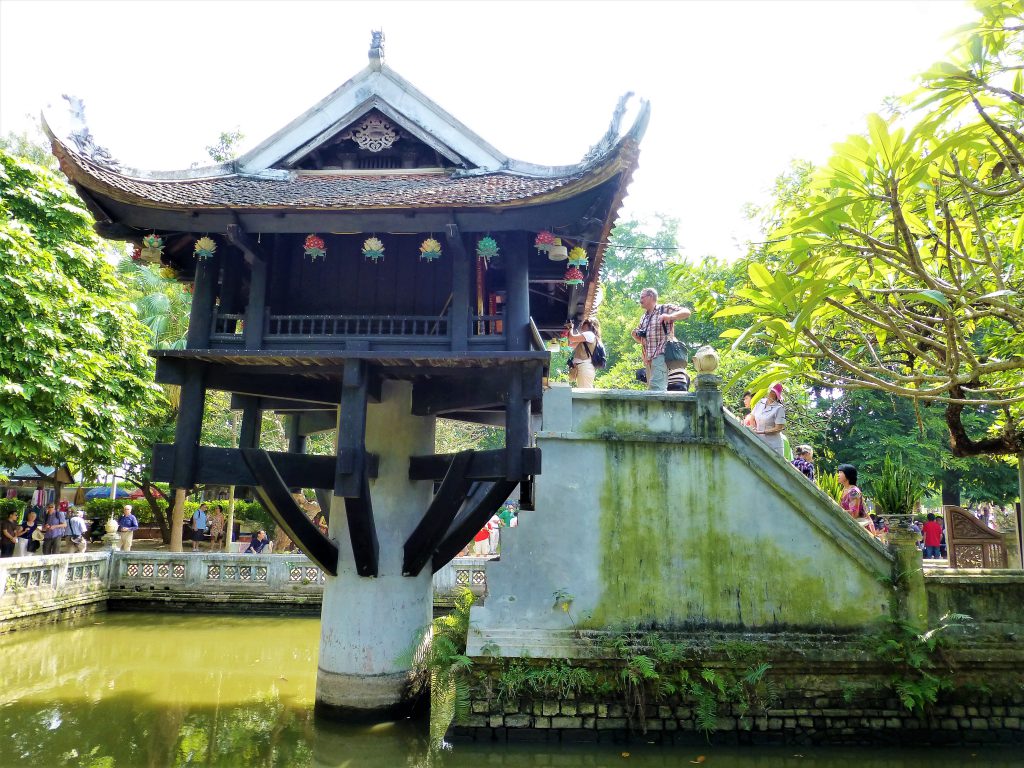 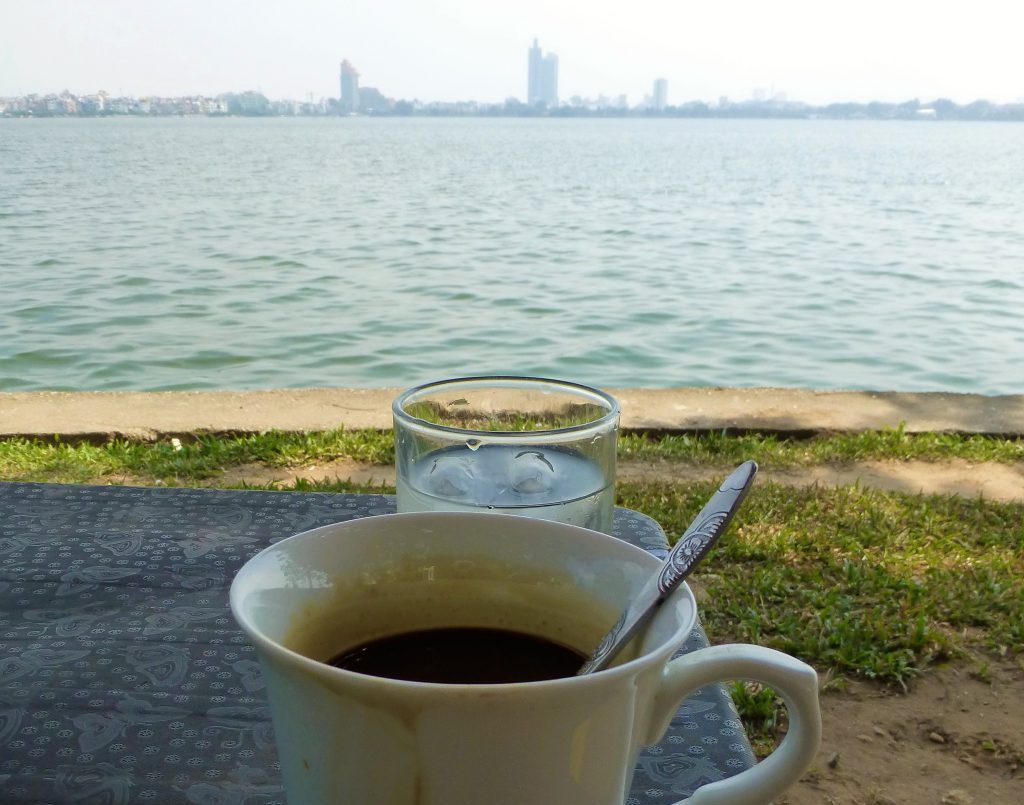 Eating the best Pho Ever in Hanoi

Back in the busy town I had to have a Local Lunch.

Around noon he brought me to a small restaurant in Old Quarter Hanoi and told me how to walk back to Hoan Kiem Lake. From there I could find my way back to the hotel. I went inside and ordered a noodlesoup. It was just one kind they are serving so that was easy. They helped me how to eat and prepare. It was just my second day in Hanoi 🙂 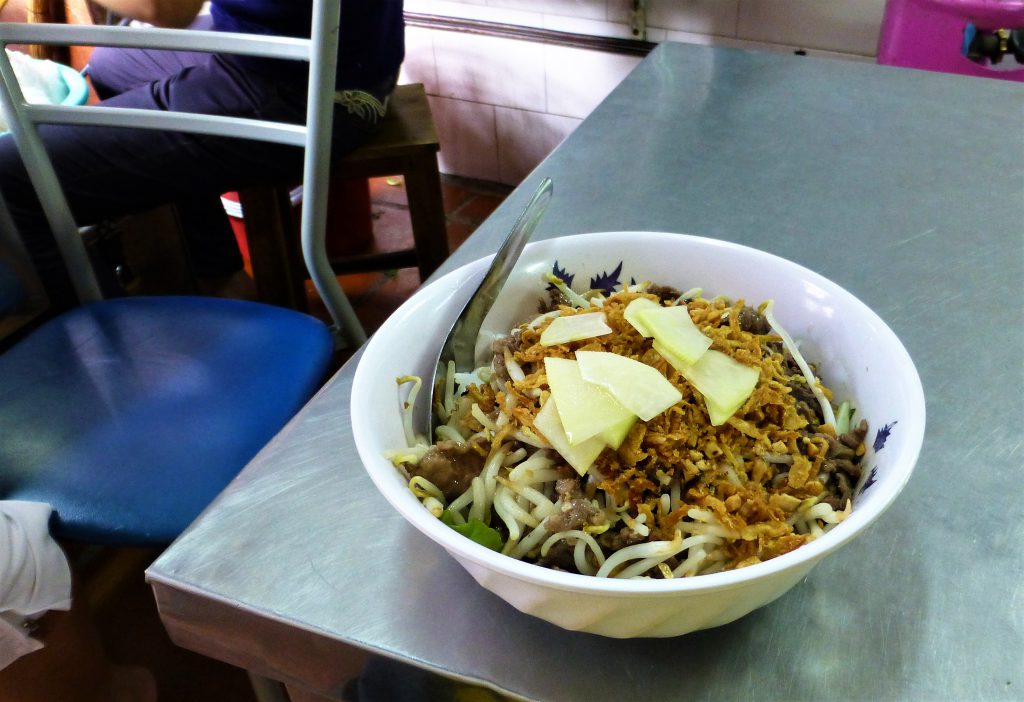 I think Vietnam has the best soup in this world!! Make sure to eat it several times in different restaurants so you get the idea of it. Everybody has their own ingredients and makes it just that little bit different….or better then the other 🙂 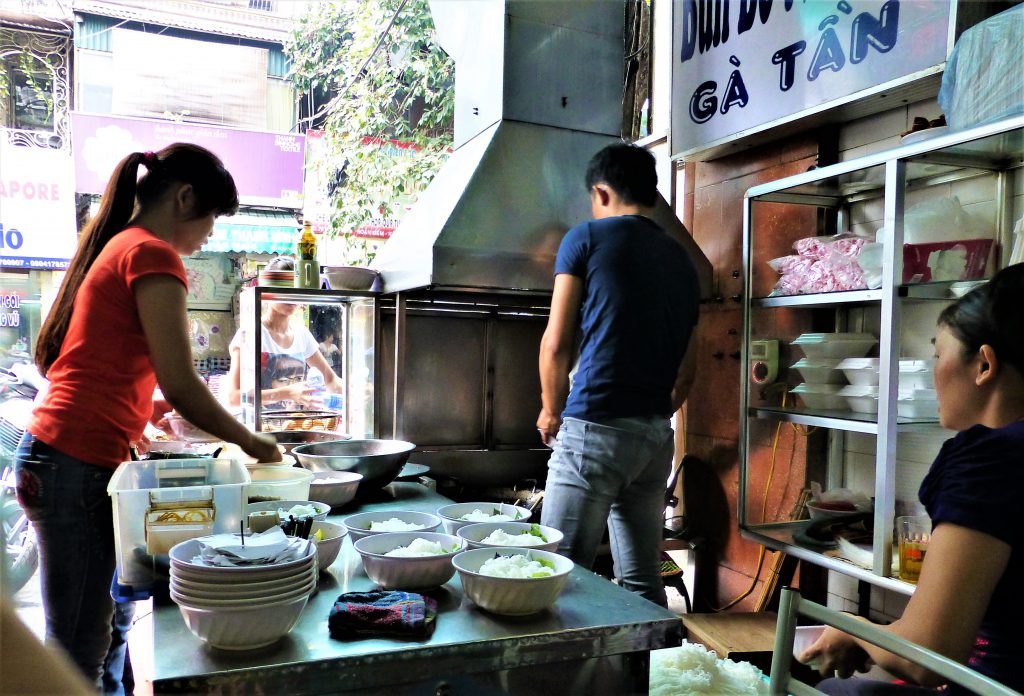 The Little Restaurant the driver took me

Spending a Day in Hanoi – Vietnam

And what not to miss also… 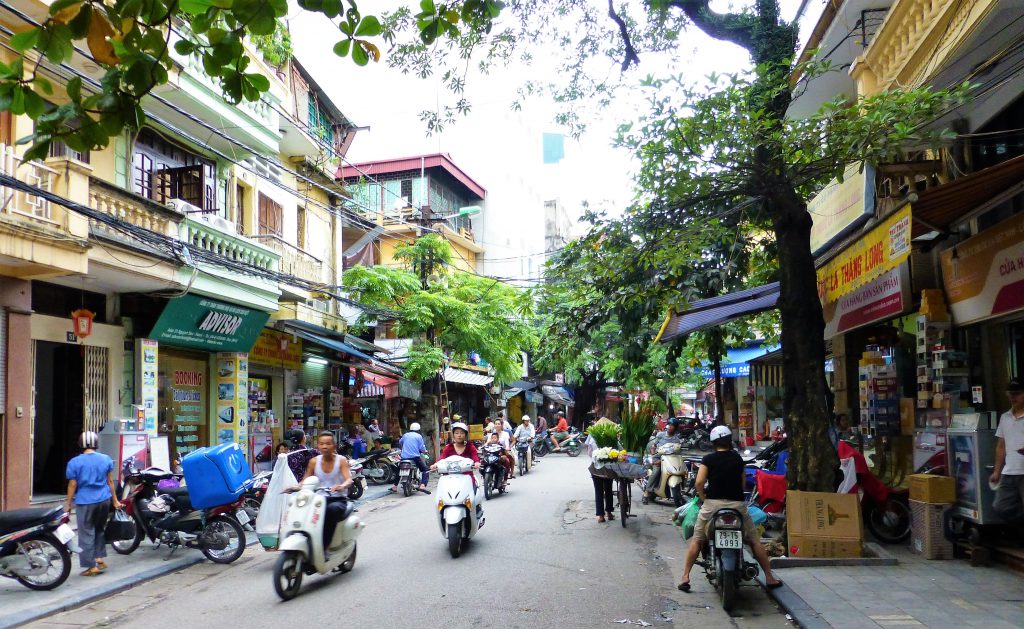 And if you are back at the Hoan Kiem Lake you should visit the temple that is situated in the lake. It is a peaceful and calm place in the busy centre of old Quatre Hanoi. And ofcourse there are lots of other great spot in Hanoi!!

Do you know one I  need to visit? Tell me!!I would love to go back one day and visit them! 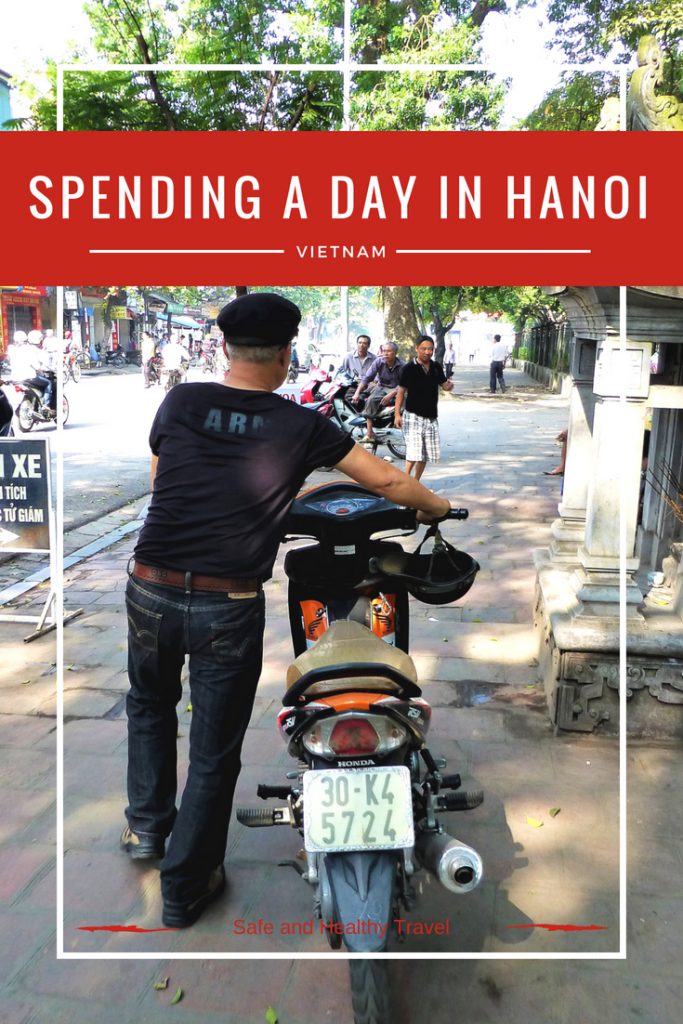 Want to read more about my Vietnam travel?

The Fairy Stream and Sanddunes of Mui Ne, Vietnam

Cookingclass at Red Brigde in Hoi An – Vietnam

Or can I inspire you to go climb a mountain?