When I went for a walk with my cousin Bart a while back, he suggested to go for this walk. Hiking in the Footsteps of Krishnamurti in Ommen of 13 km. How surprising! Of course I am an India fan, almost everyone knows that. And yes, I knew the name Krishnamurti but I didn’t really know what it was.

Did you know that in the early 1900s Ommen was the spiritual center of Europe? Thousands of people from all over Europe gathered here to listen to Krishnamurti’s speeches. He would become the new world leader! But then came the Second World War and the camp was replaced by penal camp Ommen. Everything that was so peaceful before was forgotten or repressed.

Hiking in the footsteps of Krishnamurti – 13 km

Hiking in the Footsteps of Krishnamurti takes you through a beautiful and varied landscape along places that played a role in the life of Jiddu Krishnamurti; one of the most important iconoclasts of the 20th century. The tour goes along the Star camps, castle Eerde, ‘De Meertjes’ and the ‘Steile Oever’.

If you are interested in a particular direction, you remember names and places. I’ve always liked Ommen and I know the name Krishnamurti well… Yet I had never researched where this name came from and why I knew it. Until my cousin suggested this walk. So in the early 1920’s the young Krishnamurti came to The Netherlands and settled in Ommen for a couple of years. That of course attracted many people with the same ideology. In this way Ommen developed its own culture and atmosphere. This must have attracted me, I think…

What I also like to read about Krishnamurti is that at some point he left because the whole situation got to big and his message was not received in the right way. Worshipping him was never the intention. As it happens in many religions and in many people’s own beliefs, it happened here as well. People did not work towards enlightenment or liberation themselves but worshipped him in the hope of getting some of the enlightenment.

This is also what I learned about the origin of Buddhism. We, the people, are lazy and would rather pray to a ‘God’ than work hard ourselves to reach the divine; the enlightenment.

The walk In de Voetsporen of Krishnamurti (In the Footsteps of Krishnamurti) brings you to the station in Ommen where you will find a very nice old building. Built in 1903 when the line Zwolle – Ommen was opened. The interior is great and definitely worth a visit. There is now a nice restaurant where you can end your walk with a cup of coffee or a delicious meal. This building was at that time used to welcome the thousands of visitors from e.g. Vienna, Stockholm, Milan and Berlin.

Read more about the history of Krishnamurti. Check this clip with lots of historical footage from the Star Camp in Ommen

The walk brings you first along the beautiful house Hei en Dennen. This is where the administration of the star camps was located. 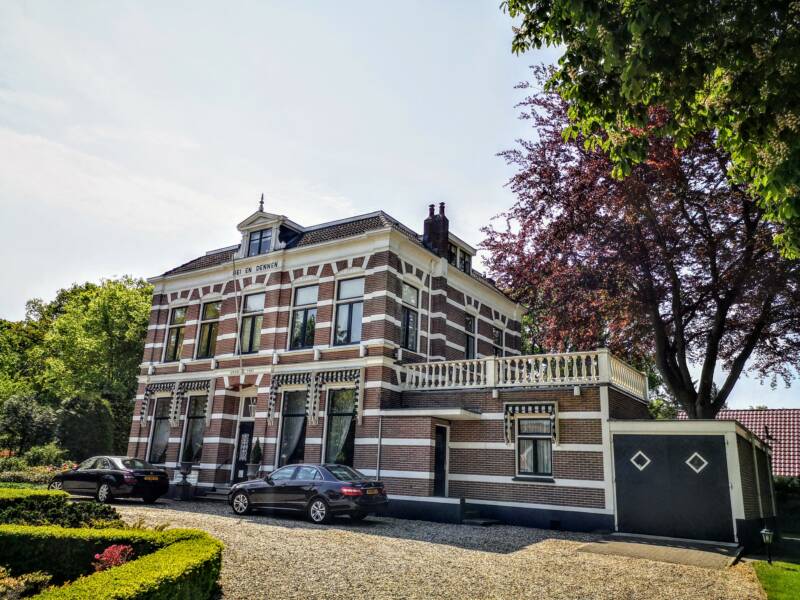 When we walk further we cross the road just outside Ommen and enter a country road. At a certain point we turn right into a forest path. After this we walk for a while through a beautiful forest. When we cross the main road we arrive at the steep bank (steile oever). The first interesting point of the Krishnamurti walk Ommen.

It is said that the steep bank was used for bathing by visitors to the star camps. It is a nice quiet piece of water which is connected to the river Regge which you pass shortly after. When I walked here the first time a woman was playing a flute against a centuries-old tree.

What a great atmosphere that spot had at that time!! 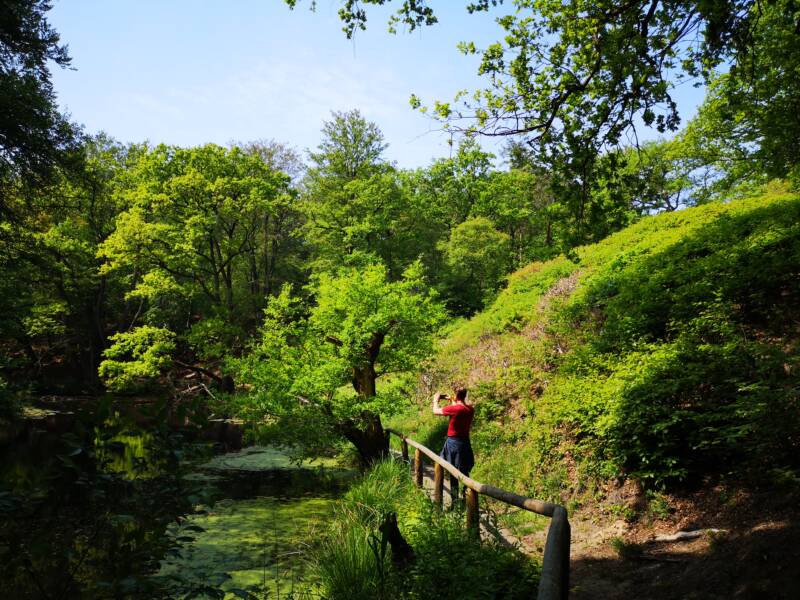 Continuing on foot you’ll cross the area of the Boy Scouts and shortly after that you’ll reach the park garden of Eerder Esch. If you pay attention you will see that there are many different trees in this forest and along these roads. Many exotic species of trees can be found here. 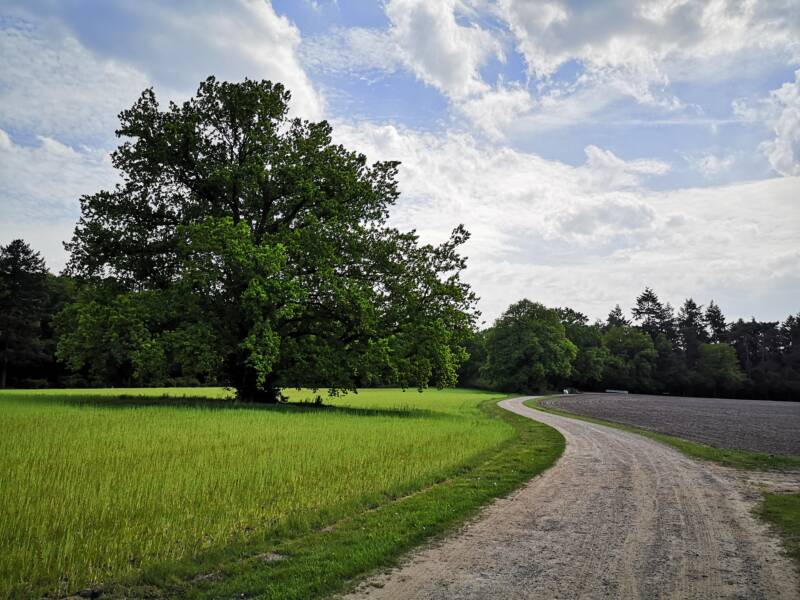 Hiking in the Footsteps of Krishnamurti
Ommen – 13 km

Shortly after this you will arrive at Landgoed Eerde which at that time belonged to Philip baron van Pallandt. Many buildings on this estate were used to house the many activities of the founded Order of the Star of the East. This order was created to prepare the arrival of the new world leader. In 1923, Baron van Pallandt gave the estate to Krishnamurti as a gift, but because he did not want to own it, he transferred it to the honorary foundation.

At the moment there is an international school located in this estate. Little reminds you here of the time of Krishnamurti.

If we walk further we cross the road to visit the crypt of Pallandt’s family. For this you have to deviate from the path for a while, the route goes at the end to the left and then walk into the path on your right. Immediately left there is a ‘refrigerator’ as they used to have it. Under the ground it stayed cool of course. At the end of this path you will find the crypt of the van Pallandt family.

Shortly after we arrive at Besthemerven. The lakes (De Meertjes) as it is also called, this is one of the three ponds in the area. At the time of the star camps this peat was called Besthmenerkolk.

We pass by a path of pines of which it is said that Krishnamurti did his reflections before he made his daily evening speeches…. It is not based on facts but I can really imagine Krishnamurti walking here!

Climb the watchtower on the Besthmenerberg

Shortly after that you can climb the watchtower to have a nice view over the Besthmenerberg. It is quite high I must say. If you stand underneath it and you think I’ll just climb up .. but it’s more stairs than it looks like. During the first hike my cousin, who has some fear of heights, didn’t go up with me. Both times I did enjoy the view for a while. 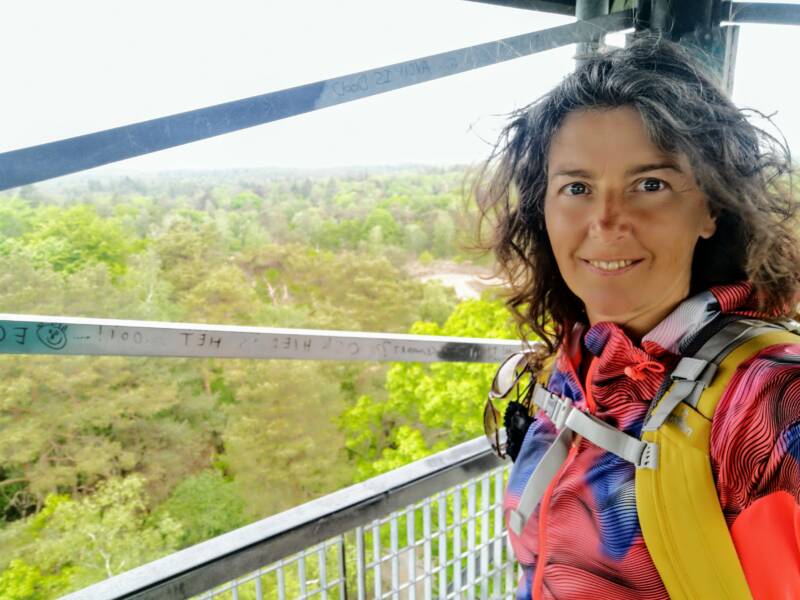 Nearby you can go to the large forest theater (Bostheater) where concerts and performances are held until now. Nice place in nature for such gatherings!

When we walk on again we come to the former territory of the star camps. This is now campsite Besthmenerberg. People were welcomed here in 1924 to 1938 and the large tents and all the other facilities that were put up in the time to ensure a pleasant stay for the many visitors.

I find it very special to realize that these camps took place here at that time, that Jiddu Krishnamurti, the body of thought that appeals to me so much, proclaimed here.

Unfortunately, only the small amphitheater reminds us of the long gone times of Krishnamurti who gave his speeches here. There is a story post where you can listen to the story about the star camps. You will hear a very small part of a speech Krishnamurti gave there. I would have liked to hear more of it!

Hiking in the Footsteps of Krishnamurti
13 km – Hiking in Ommen

Unfortunately there are no entry gates visible anymore. All (street)names were in English at the time: Central Gate, Central Avenue, Broadway, Rond Point, Footpath to the Castle. But you don’t see any signs of that either, or I haven’t seen any. I’m sorry about that. The campground doesn’t show anything that reminds me of Krishnamurti.

After leaving the campsite you walk back to Ommen to get back to the train station and then the hike Hiking in the Footsteps of Krishnamurti is over.

I found Hiking in the Footsteps of Krishnamurti – Ommen really super to do. All the more because of the Indian history behind it, everyone knows of course that I love Asia but especially India!

A booklet about this hike is available at the local tourist office in Ommen. I could not get hold of this booklet because when I was there the store was closed 🙂 On the internet you can find a lot of information about Krishnamurti, links I shared earlier in this blog. And you can follow the walk on landschap Overijssel with information on the different highlights on the route.

Because you always take a lot more pictures than is good for a blog, I lately share some pictures at the bottom of the blog. I’m curious if I inspired you to go to Ommen and follow in Krishnamurti’s footsteps this forgotten path!

Do you think this walk is worth it?
Then share it! 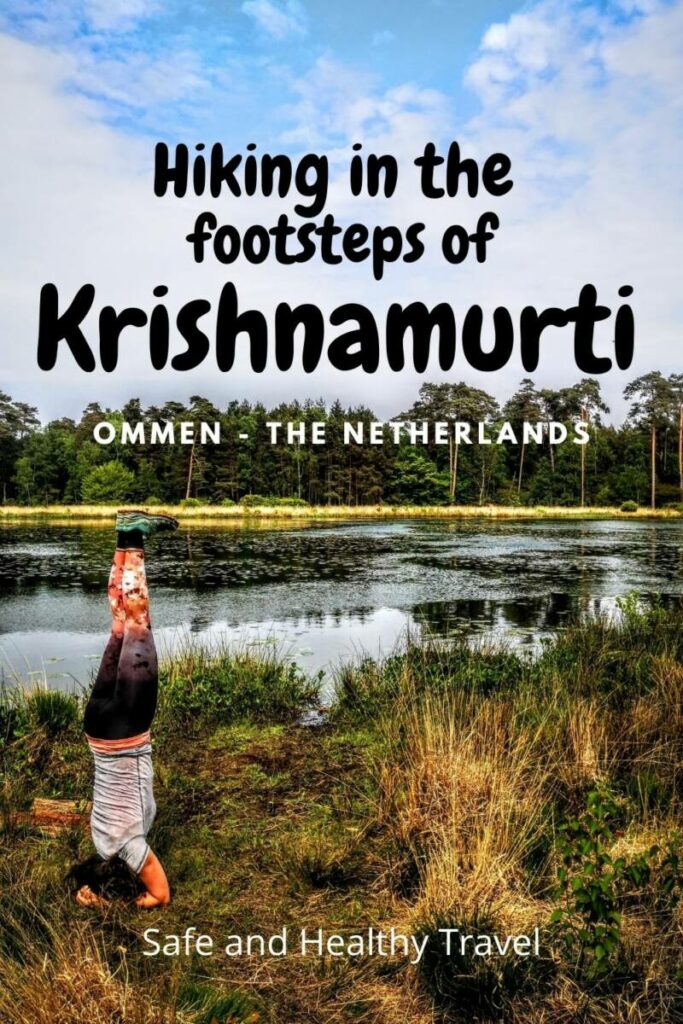 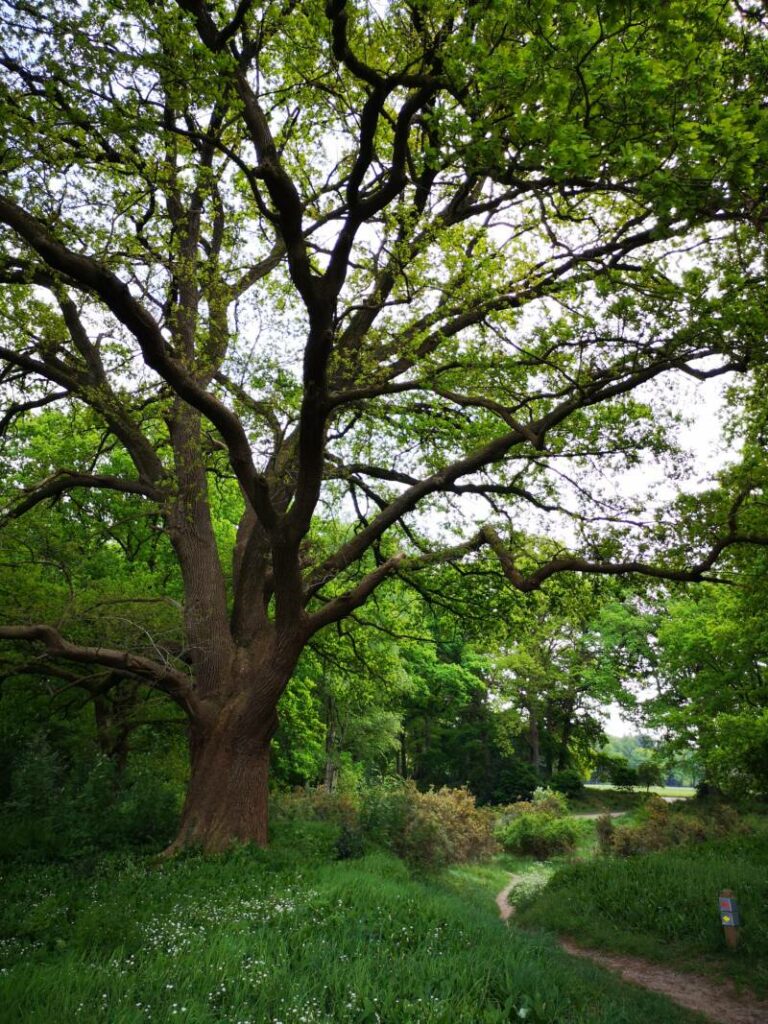 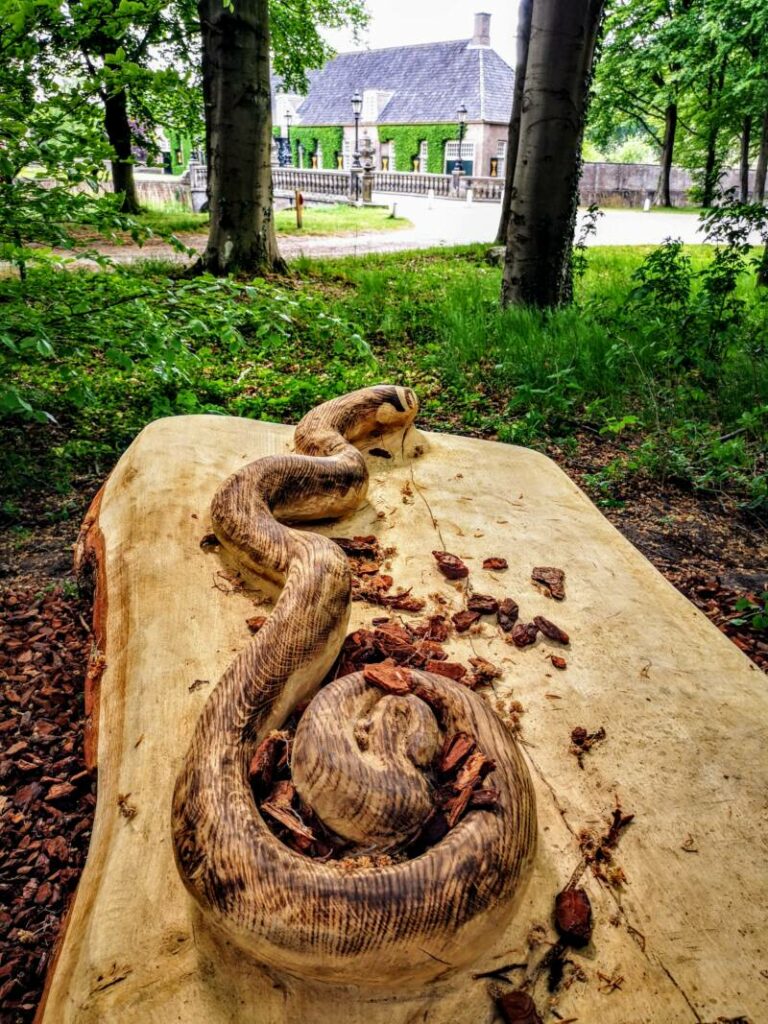 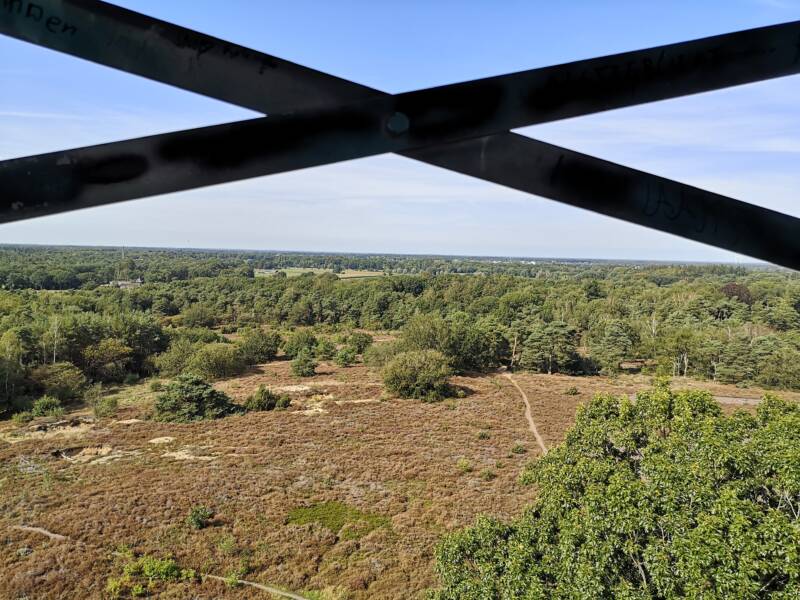 Hiking along the Hanseatic Cities in Overijssel – The Netherlands

What do I have in my backpack on a day hike?

Packing List Day Hikes – What is in my Backpack?