When I was in The Gambia I went inland for a few days and visited Janjanbureh. I saw a number of places up close where the history of slaves was still present and I was so impressed by it. I read about Janjanbureh when I visited Juffureh, The Gambia as well. This is the birthplace of Kunta Kinte from the famous series Roots. I visited the famous Fort James Island in the Gambia River.

Fortunately, Fort James Island has been on the UNESCO World Heritage List since 2003, giving it protected status and assistance with maintenance. In 2011 Fort James Island was renamed Kunta Kinte Island during the International Roots Festival.

It was quite an adventure to get there because the water level was too high. The ferries didn’t go and we could only go to the other side on the big fishing boats. This is what we decided to do. I had a Gambian man with me who negotiated for me and served as a guide. Read why I liked this way of travelling better in The Gambia. After a short negotiation I was taken on the shoulders of a Gambian who brought me to the boat just off the coast. That was also an adventure in itself.

Moments later also Amadou, also called Aka, was put on the shoulders of that man and was also carried to the boat. The boat was of course overloaded and the word safe was far to be found. Still, I stayed seated and at some point we went on the trip. And I am writing it here now and so yes…we safely made it across! You sometimes have to take risk... Of course I can’t recommend this, but I would do it myself again in no time. I thought it was a great experience!

On the other side of the river Gambia we arranged a cab and headed for Juffureh, The Gambia. Over dusty red sand roads we drove to finally arrive at the coast where a small museum is made.

Moments later we got back on a boat to go to the island. If you think about what happened here, you will feel nauseous. You can’t really imagine the suffering that happened here… The people whose lives have been destroyed to make other people’s lives easier… It is awful! 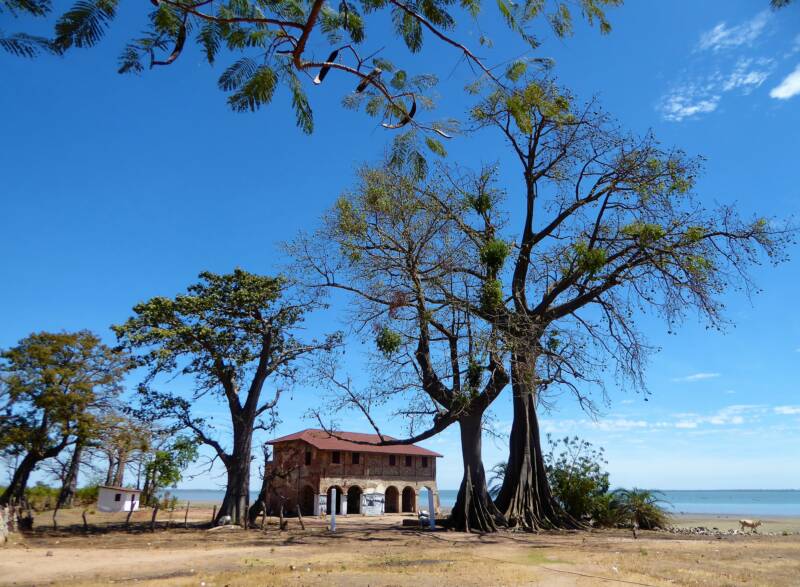 If you’re going to The Gambia you should defenitely visit this place. If you go inland you will also get to Georgetown also called Janjanbureh. Also a place where slaves were collected by the slave-drivers. These were put on the ship to have the last place on the Gambian territory on Fort James Island before being shipped out into the world. 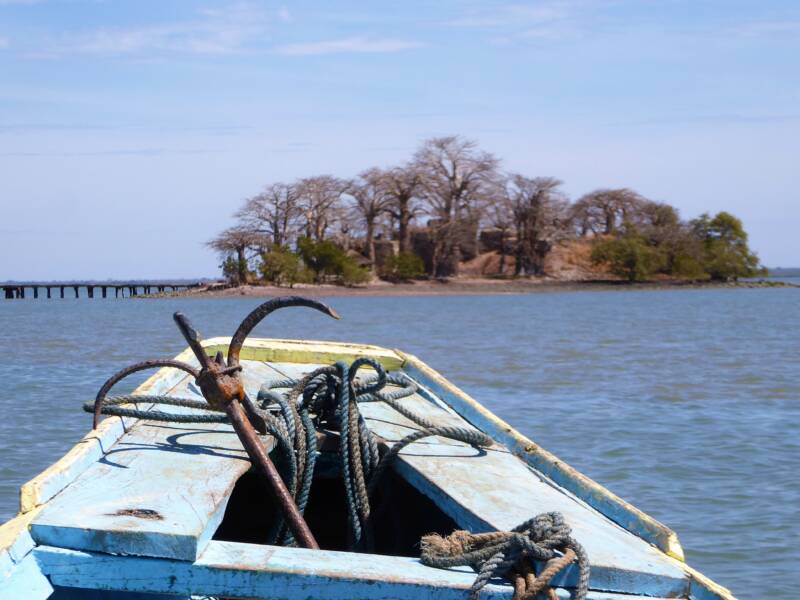 Fort James Island has become very famous because of the series Kunta Kinte and therefore gets more tourism. Kunta Kinte is the African slave from the series Roots, Kunta Kinte has its origin in the town of Juffureh, The Gambia. 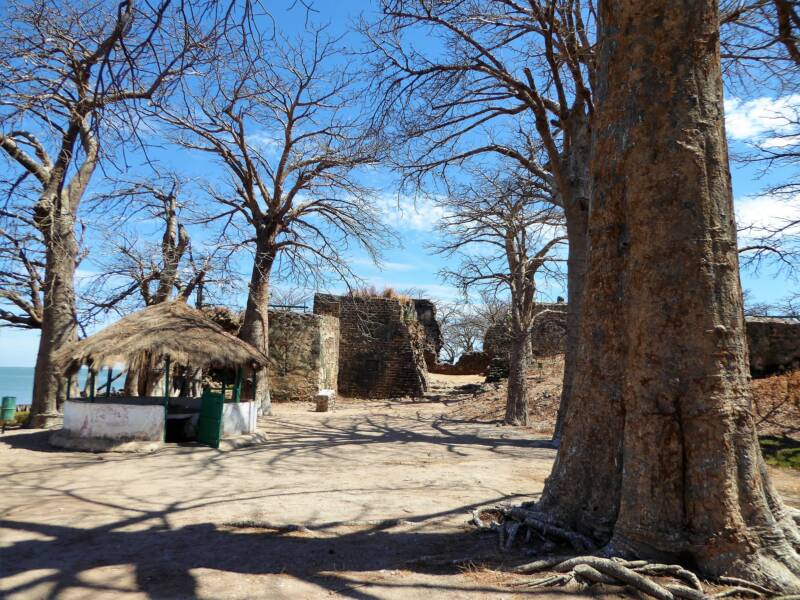 On Fort James Island are only some remains of the buildings where the slaves were held at the time. Here, in miserable conditions, they sometimes waited for days for the boats to ship them further out into the world. 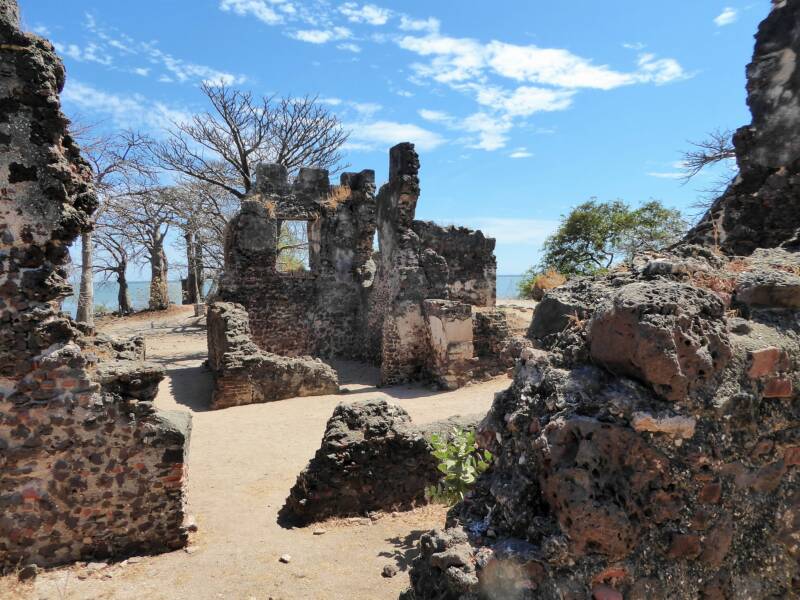 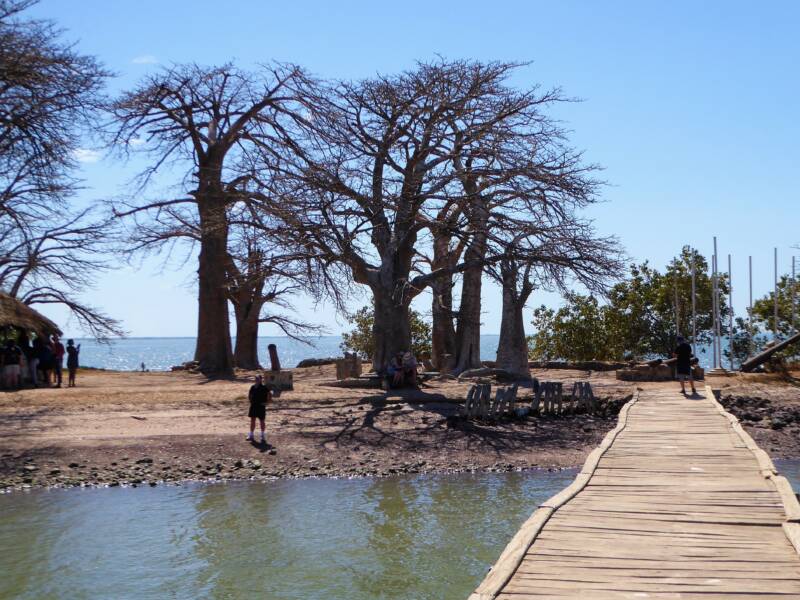 Most people who visit The Gambia will have a hotel or resort at The Strip. This is a long road along the coast and stretches along the towns of Kotu, Kololi and running alongside Bijilo. After this the hotel/resort will be less and you will get more into the local Gambia.

If you take a (bush/shared)cab or the so-called Gelly-Gelly on the strip. The gelly-gells all drive a fixed route, so you have to take 3 different cabs to get to Banjul. Of course you can also take a regular tourist cab, a bit more expensive but it will take you to the harbor in one go to make the crossing.

From Banjul you take a boat to Barra to take a cab to Juffureh. This is a trip of over an hour through the Gambian landscape. There is plenty to see and do on the way. I haven’t been bored for a second with what is shown on the side of the road.

When you arrive in Juffureh there is a small museum that you will visit and then take the boat to the island. There I also walked around for about 45 minutes. All in all you spend a little over 2 hours to see everything including the boat trip from Juffureh to Fort James Island or Kunta Kinte Island.

To do this trip you have to take a whole day as you read. Before you are in Juffureh you have already experienced quite an adventure. This is what makes traveling in The Gambia so much fun and adventurous! 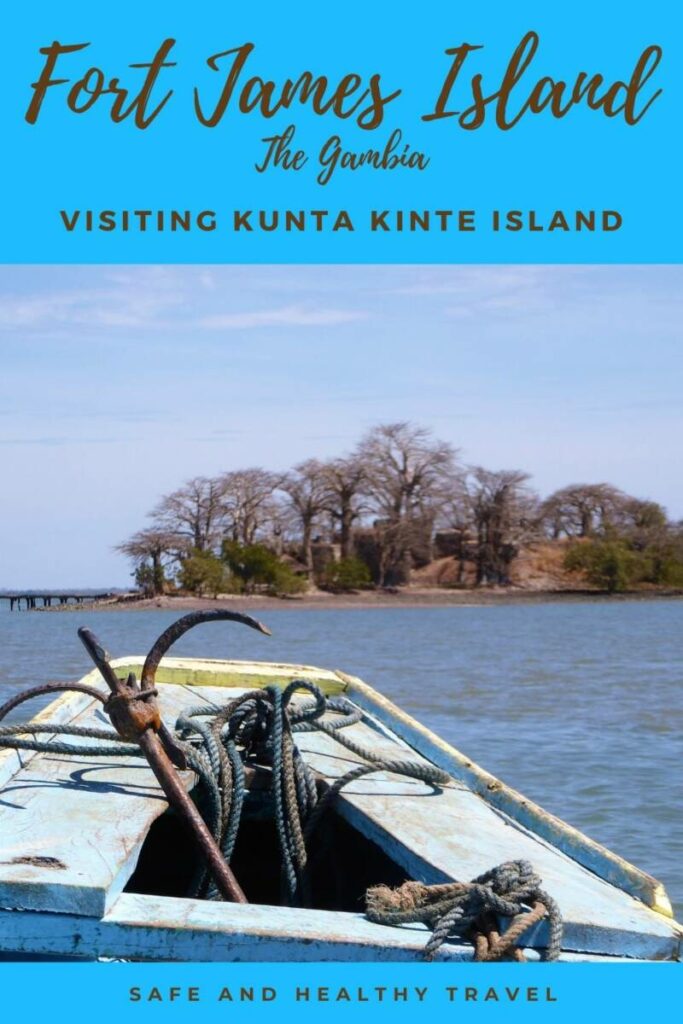 Want to read more about visiting The Gambia?

Cycling to the fishmarket of Tanji – The Gambia

Surfing in Kartong – The Gambia

Having dinner with the Locals – The Gambia

Or how about Kenya? Visit NP Masai Mara

Will you go on a safari? Check these tips!